The third part of my review of the new Fracture of Biel-Tan book covers the Yncarne, the Avatar of Ynnead. 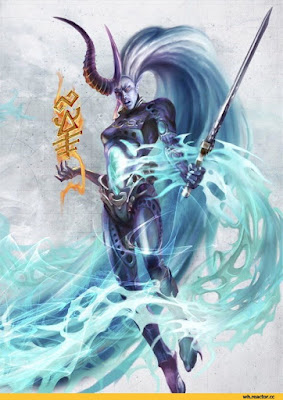 The Yncarne
The Yncarne is a pretty potent monstrous creature to add to an army of the Ynnead. He is a potent combat character, a powerful psyker and provides some nice buffs to any army that he is a part of.

First off, The Yncarne has a pretty impressive statline. For combat ability, he is WS9, S6, initiative 10 with 6 attacks. His Relic sword, the Sword of Souls is AP2 with Fleshbane, Armourbane and Soul Blaze. This makes him a pretty potent force in combat. He will be generally be striking before most models/units in the game, hitting on a 3+ and wounding on a 2+ with no armour saves allowed. He will even be able to take on vehicles fairly reliably thanks to Armourbane. As a result, he will have no problem taking on most combat threats with ease, with only good invulnerable saves or feel no pain saves providing him with any trouble. He also gets Fleet, giving you a better chance of getting into combat with your charges.

Defensively, he is pretty decent. Toughness 6 and 5 wounds, back up by a 3+ armour save and 5+ invulnerable save (thanks to being a Daemon) means that many units will have trouble killing him in combat and some will struggle shooting him off the table. He also has Eternal Warrior, meaning that Instant Death attacks have no effect on him. The big downside is that as a monstrous creature, he cannot join a unit to benefit from Look Out, Sir rolls. This means that he can be vulnerable to enemy firepower as many competitive lists will not struggle with T6 and a 3+ armour. This is somewhat mitigated by his Avatar of Ynnead special rule. This allows him to regain a wound on a 3+ whenever an Aeldari model is killed within 7". Keep him close to units in your army and you should be able to keep him alive a bit longer if your opponent is focused on killing other units and not taking out the Avatar first.

Interestingly, the Yncarne must begin the game in Deep Strike reserve. He has a special rule called Inevitable Death. This means that any time a unit s destroyed (friend or foe), the Yncarne can immediately be placed as close as possible to the position of the unit, even if he is still in reserve. This means that potentially, he can arrive from reserve on turn 1. He cannot assault when he uses the ability, but at least it gets him on the table quickly. This could also come in very useful for quick redeployment of the Yncarne, allowing him to move across the table if he finds himself out of position, as long as a unit is destroyed. If it is one of your units, it might allow you to shore up your defences. If it is an enemy unit, it may allow you to press an attack. It is annoying that he cannot charge on the turn as he lacks ranged weaponry, but it is still a potent ability to have. 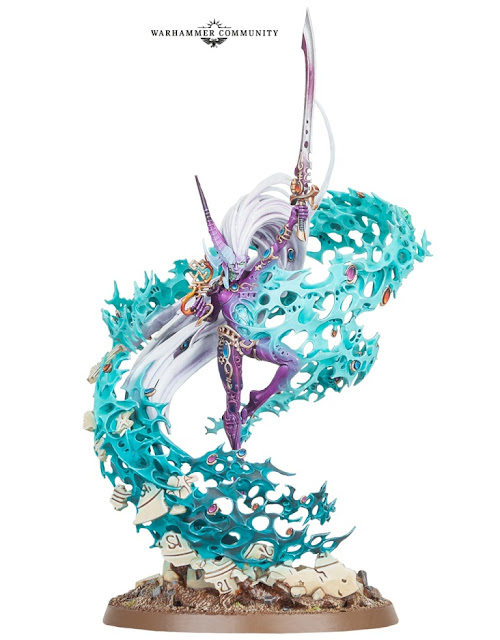 The Yncarne is also a level 3 psyker, able to pick from Sanctic Daemonology or the new Revenant discipline. Sanctic could be a useful one to use, especially if you get Sanctuary. This would boost his invulnerable save to a 4+, with his Move Through Cover (thanks to being a monstrous creature) mitigating the negative effects of the power. This could also provide him with some useful witchfire powers.

In addition, any friendly non-vehicle model within 12" of the Yncarne gets Fearless and Feel no Pain. This is a really nice buff bubble for an Aeldari army. As the Avatar also gets Strength From Death, this leads to some nice combinations with his Inevitable Death special rule. If you have two units in combat and one is wiped out, the Yncarne to move to their position using the Inevitable Death special rule, giving the second unit Feel No Pain and making them Fearless, so that they will not break from combat.

Overall, the Yncarne is a solid choice for an Aeldari army. He is expensive, at just below 300 points, but provides an extremely powerful combat character and some nice psychic support and buffs for the army. He must start in reserve, but can come on in turn 1 assuming that any unit is killed, and if a unit is not killed in turn 1, something has either gone very wrong or exceedingly right with your plan. I think he will be making an appearance in a lot of armies.