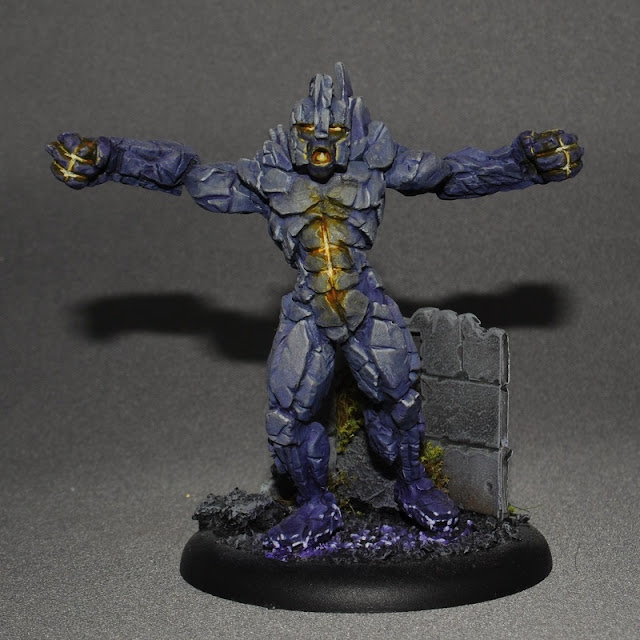 Dave's blog is primarily a hobby blog, showcasing his amazing painting skills across a large number of gaming systems, many of which I have never heard of.

His most recent series has been painting a large number of characters and models for Colony 87. These are some amazing and characterful models, and Dave has made a great job of them.

You will find a whole range of interesting and unusual models on display on the blog, including those for 40k and Bloodbowl. Be sure to check out the blog and waste many an hour poring over the great work on display!

Here are Dave's answers to my questions:

1. What age did you get into gaming and what started it off?
I was 12, and it was White Dwarf 103. A friend handed it to me toward the end of school term and the Rhinos just blew me away, and that's the moment I realised I needed 40k in my life. A copy of Rogue Trader quickly followed (I still own it too), and that fired all the synapses in my brain at the same time and I was hooked from that point onward. Fast forward a brisk(!) 29 years and here we are. 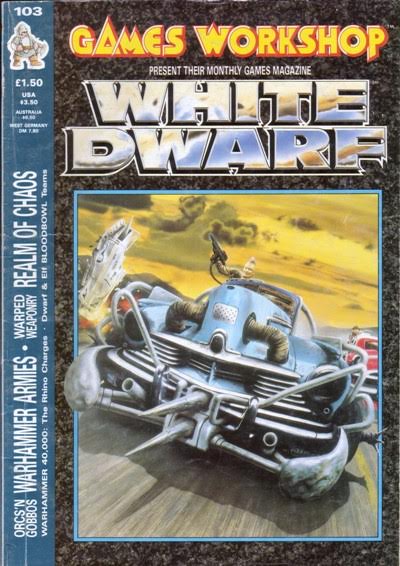 2. What was the first model you ever bought/painted?
Rhinos, specifically a box of three (still own one too), and the original Rogue Trader Space Marines with that stunning box cover artwork. Total cost at the time? £20. Which is roughly the equivalent of £50 in modern money. Readers may add their own exchange rate jokes here based on our recent (and very silly) ragequit of the EU. 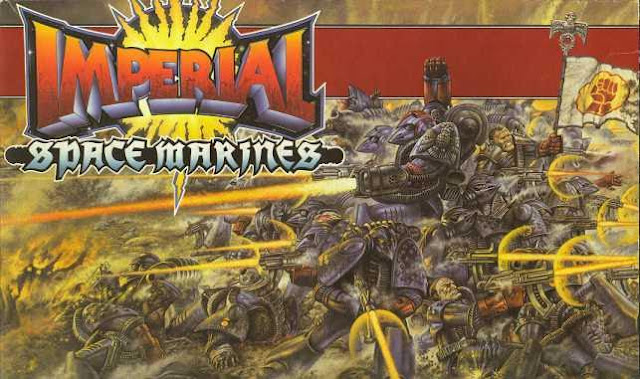 3. What is your favourite aspect of gaming?
Painting first - it represents an opportunity to get my hands on some amazing sculpts and have a tangible output from my hobby time. All the non-GW companies in the last 20 years, from Rackham through to Wonderlands Project and everyone inbetween, really raised the hobby bar in terms of choice, price and quality. Such creativity and imagination to be seen, and there really is something for everyone now.

Secondly, it's the universes people create and the stories they tell within that. With Warhammer 40,000, Games Workshop have crafted my favourite fictional universe. I'm a real sucker for the misery within - as even when there appears to be a glimmer of hope, it's often extinguished on the next page. And, as I was told by my local massage parlour last week, there is no happy ending to be had here. 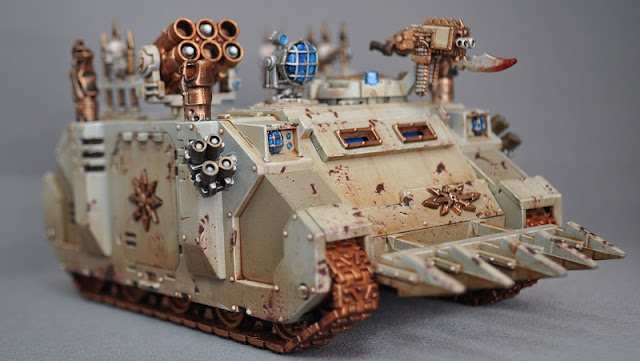 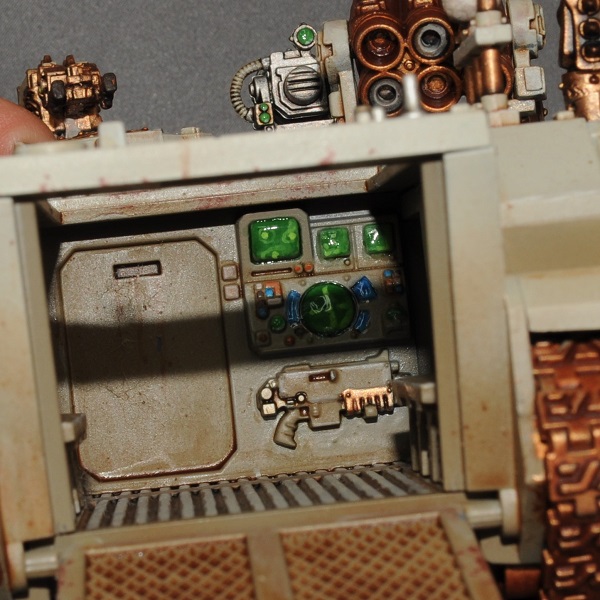 4. Fondest memory in gaming?
Too many to recall as even when I'm on the losing end of a game it's generally a hoot, especially if it involved taking down the Doom of Malan'tai the first turn it came in. But if I had to pick one moment ...

... entering assault with my unit of 20+ Orks and watching in horror as their magnetised bases clicked to each other like some uncontrollable green Katamari with a life of its own, flattening the Eldar models and ruining our carefully positioned assault groups. That was the day I de-magnetised my armies (it is well know that after fighting, the conga line is an Orks' greatest love- Mike). 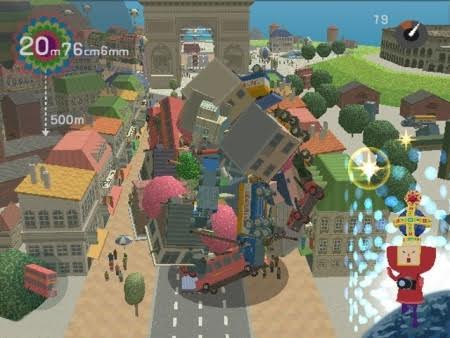 5. What are you working on right now?
By the time you read this, I'll probably be finishing off my Colony 87 figures (see where they came from here-https://www.kickstarter.com/projects/62661939/return-to-colony-87-28mm-sci-fi-civilians) and then up to my waist in wolves of both the animal and armoured Fenrisian variety. I've opted to resurrect my Space Wolves ahead of 40k 8th edition making an appearance, and also making a dent in my pile of Zombicide: Black Plague models. 2017 is my year of finishing projects.

6. When you are not conquering the tabletop, what do you do?
I'm an efficiency-junkie of a software project manager by trade, keen sci-fi and fantasy reader, proud father of three kids, mediocre fair weather runner, occasional gamer and all-round geek. My love of all things nerdy is exceptionally large with 40k and the Amiga 500 starting it all nearly 30 years ago, and that continued through console gaming, painting, roleplaying and tabletop gaming ever since. 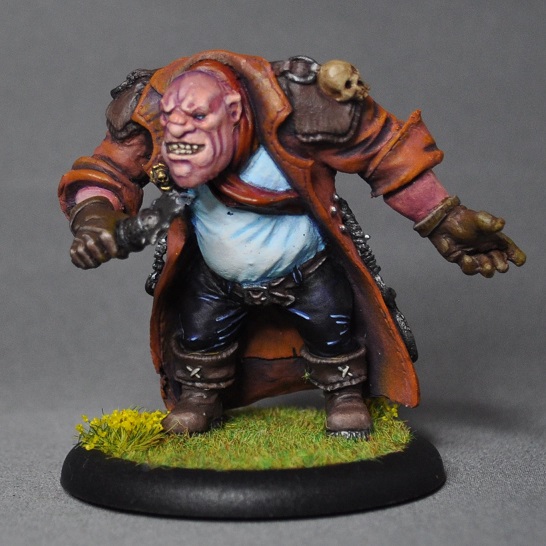 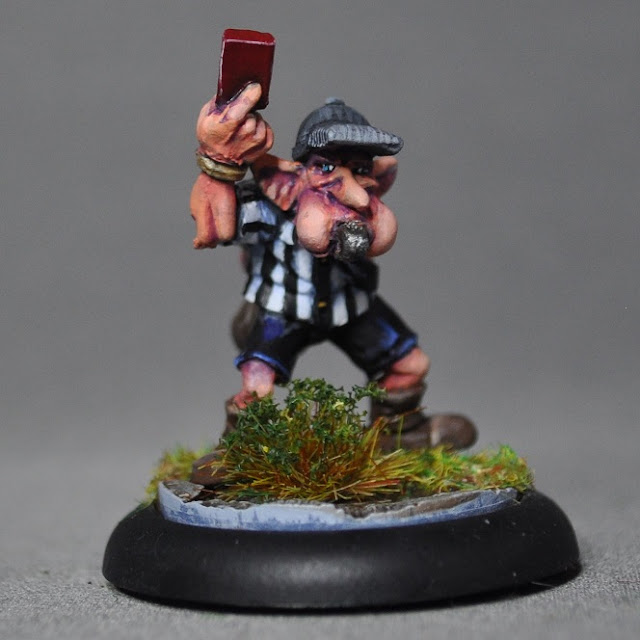 7. What would you say about your blog to someone who has never read it to draw them in?
*puts on top hat, red jacket and twirly moustache*
*stands outside the Big Top*

Come! Come see the amateur paint fumblings of the self-deprecating middle-aged clown as he strives to be a better painter each month and sweeps you along on his journey!

No refunds given. Your statutory rights are not affected.

8. What is your favourite article that you have written?
It's always hard to toot your own horn, but I'd probably pick this piece (http://nerodine.blogspot.co.uk/2016/09/the-art-of-itll-do.html) on learning to be happy with what you've painted. Here's the jist - accept that a figure needs to be finished, and not every one will be perfect - your completed collection will thank you for it. 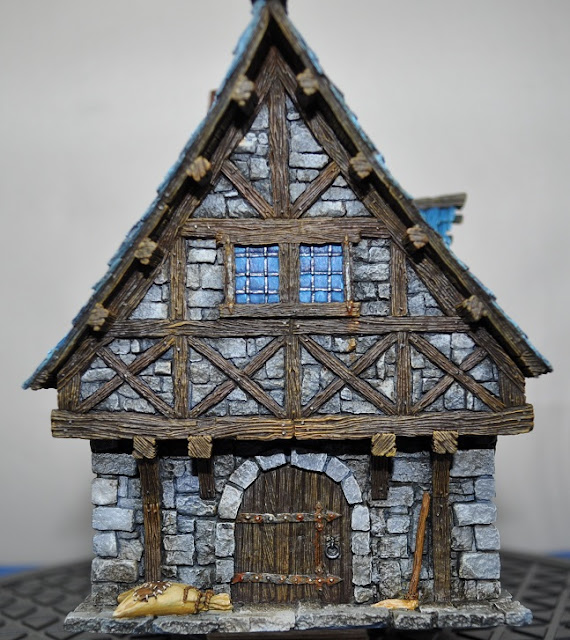 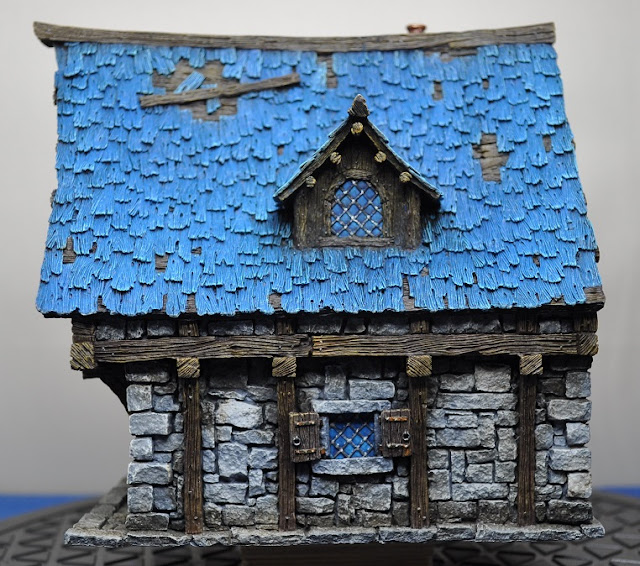 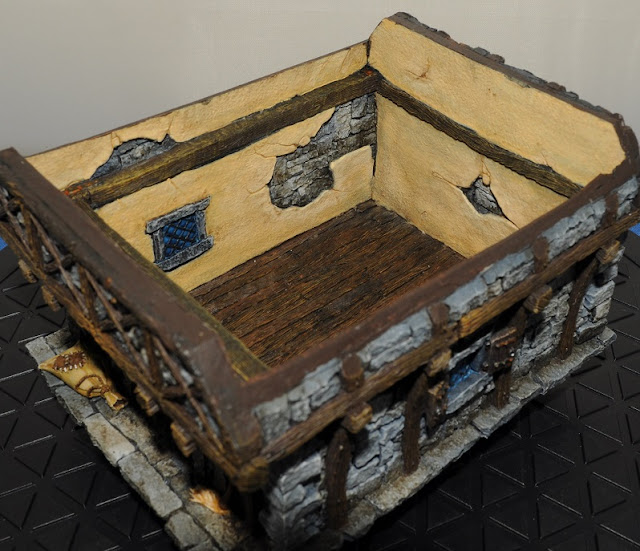 9. Which rule would you like to see changed or removed entirely?
I haven't played since the last days of 5th edition, so my knowledge of rules is comically out of date, but the introduction of "Snapshot" in 6th gets me very excited for dusting off my Ork Lootas (not a euphemism).

Can I just generically complain about Genestealer Cults being overpowered based on what people on the Internet have written? Yeah, let's go with that. Down with that sort of thing! *holds up placard* 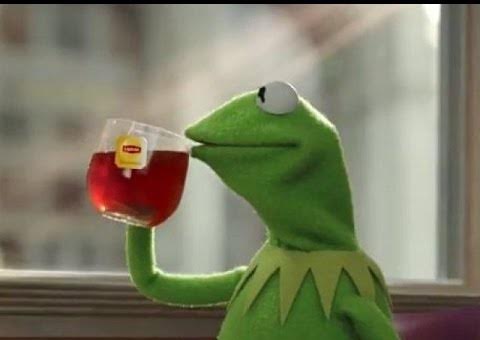 10. Which of your armies is your favourite?
Orks. They haven't been played in a few years, but there's something very pleasing about their ramshackle, rambunctious nature and the whimsical fates of Gork and Mork that seem to guide them. For me, they were always a binary resolution - they either swarmed and stomped the opposition or were torn up horrifically with flamers and disciplined fire. No close fights or anything inbetween. Shout out to the wound allocation on Ork Nobz which was eye-poppingly infuriating for my opponents. Good times.

11. Secret wargamer or loud and proud?
Loud and proud, as it should be. I love all my hobbies and see no reason to hide that away. It's even at the bottom of my resumé (seriously!) and if someone doesn't like how I spend my leisure time, well ... I just don't think we can be friends. 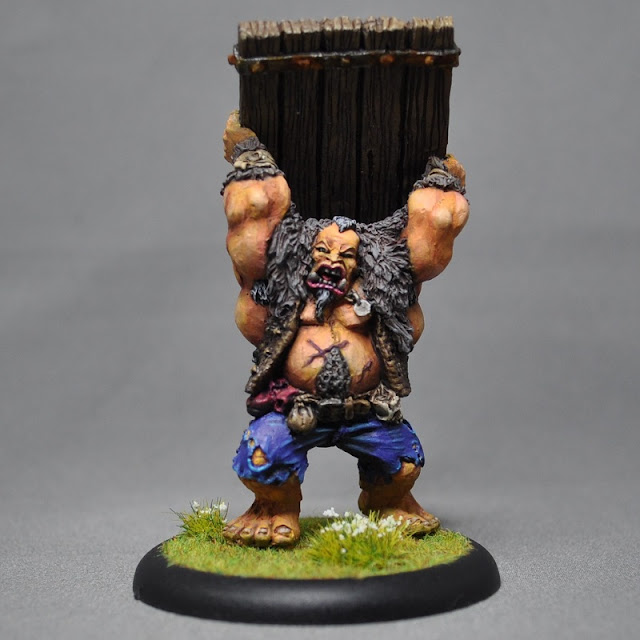 12. Any hobby tips or cheats to share?
The ever excellent Mengel Miniatures posted up one of my favourite hobby tips at the end of December (http://www.mengelminiatures.com/2016/12/the-truth-about-hobby-shortcuts.html) and it's a an approach I've had over the years not just for the hobby but life in general - Chesnut Ink fixes everything.

Don't start with shortcuts. Learn how to do it properly and then introduce shortcuts once you understand the underlying principles. You and your painting will both be better because of it.

Yeah, that was it. 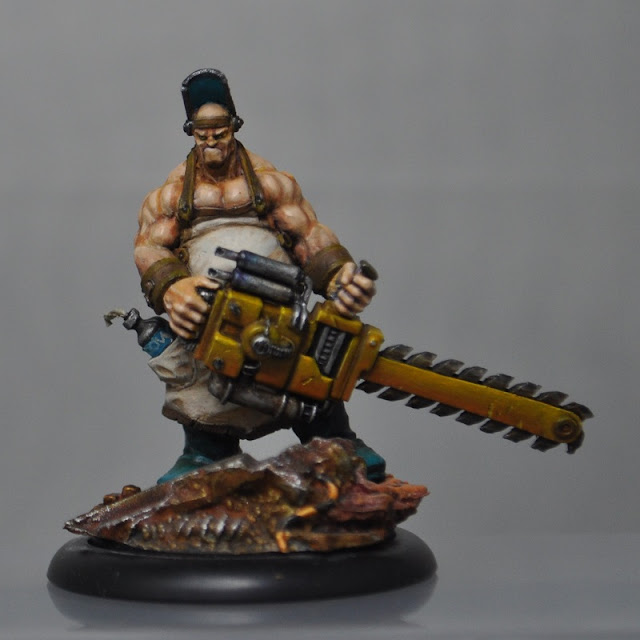 13. Tournament or Casual?
Casual. Hobby time is my relaxation time, and it's great to play for a couple of hours and shoot the breeze at the same time without having to watch the clock. Plus, I'm reliably informed I take it a little *too* seriously when playing competitively. The wife has banned me from playing Monopoly for the last 15 years ... it's probably for the best. 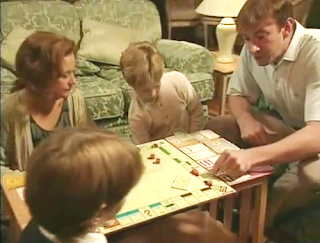 14. Nintendo or Sega?
Sega purely for the superb Dreamcast. The console that brought Virtua Tennis out the arcade and into my home. Knocked spots off the competition at the time too. Man, I loved that machine.

15. Xbox or Playstation?
Ideally there would be a perfect meld of PlayStation for games and hardware, and Xbox for the controller and UI, because Sony are *terrible* when it comes to making a decent interface for consoles. But if it's one of the two then I'll opt for the PlayStation until my utopian vision is realised. 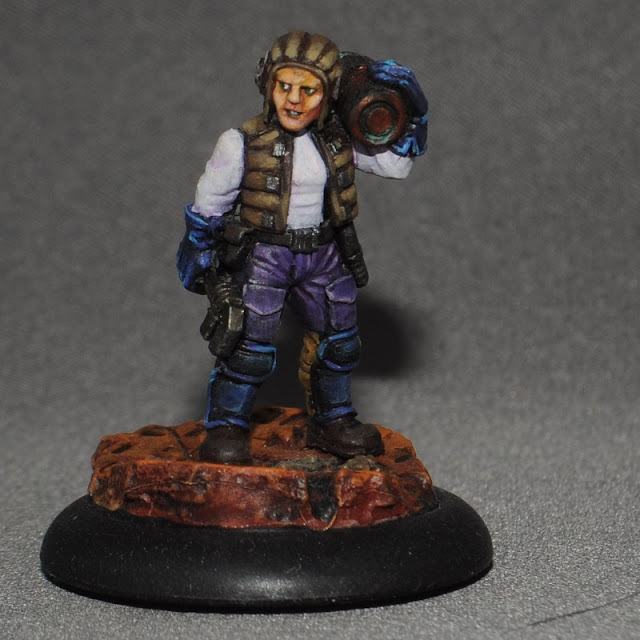 16. McDonalds or Burger King?
This is a trick question when the answer is Nando's, because spicy chicken beats everything else :) But if pressed to pick one of the two contenders .. Hail to the King. Anyone who demands you put bacon on top of your burger by default ... what's not to love? My arteries practically scream just thinking about it.

17. Coke or Pepsi?
I can never see this question without visualising this Penny Arcade sketch (https://www.penny-arcade.com/comic/2005/11/02/he-is-count-chokeyula). But I'd go for Coke. The original, red label, nasty but amazing stuff please! None of these zeros, diets, lites or other variations. Give me a fructose injection of the delicious, deadly syrup at full strength please. I want to feel the raw, undiluted power course through my veins.

Thanks to Dave for taking the time to answer my questions, and in such an entertaining fashion. Be sure to check out Quietly Raging and give him a follow on Twitter (@nerodine).