Here are some photos of the nominated armies for Best Painted Army at the Surrey 40k tournament that I recently attended. 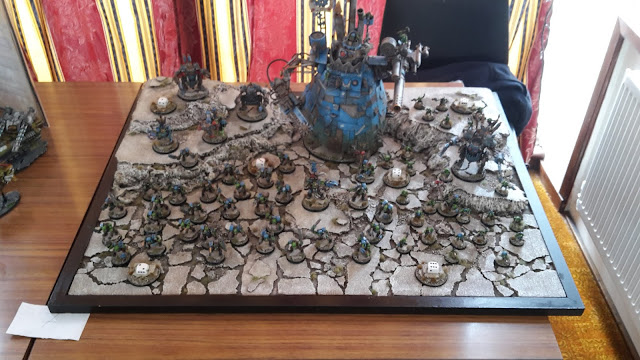 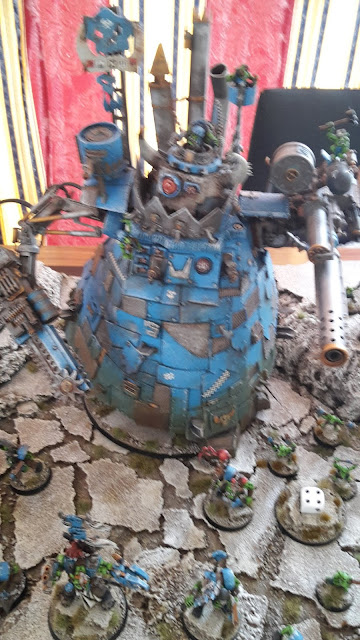 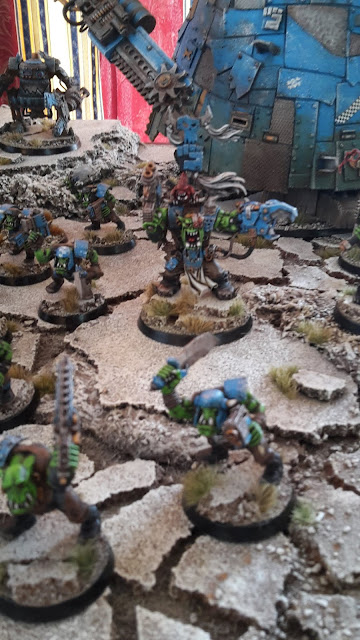 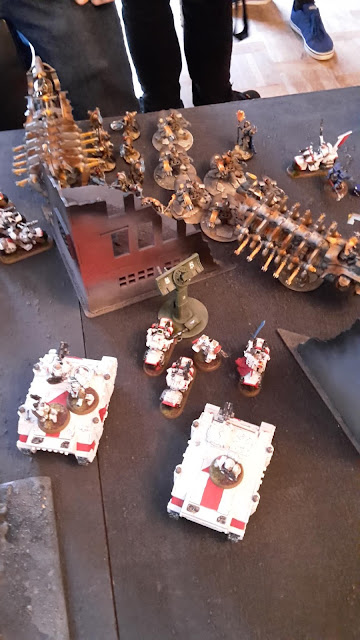 This mission features six objectives on the table. For each objective, you roll off and the winner gets to move the objective up to 3" in any direction. You score a point for each objective you control at the start of your turn, so it is possible for the objective to be moved off your unit before you can score it. We were also using kill points in this mission. The deployment zone was Search and Destroy.

A fast moving White Scars force with some strong buffing characters and some backfield support unit.

I took a couple of units of Tactical Marines for backfield objective holding, along with the Thunderfire Cannon for long ranged firepower. I took three units of Scouts for board control and grabbing objectives out of my deployment zone.

For the fast moving elements, I took two units of Bikers, a couple of squads in Rhinos and a unit of Vanguard Veterans. These could move out to take on the enemy units or go after the objectives. For the Characters, I took two Captains on Bike (one of which is a Khan), a Lieutenant with Jump Pack and Librarian with Jump Pack.

Today's Hobby Update features an Apothecary for my Dark Angels Primaris army. This unit is very useful for healing models and reviving slain models from a unit. 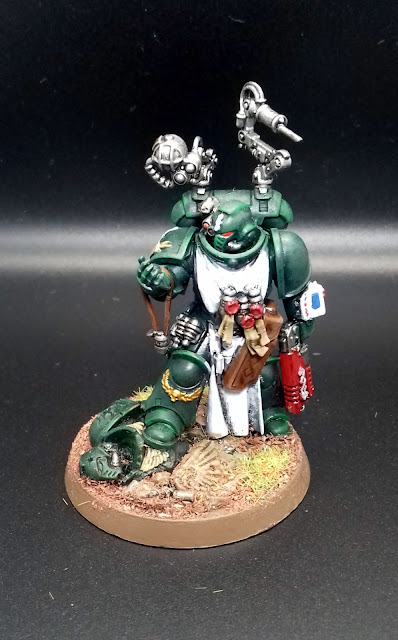 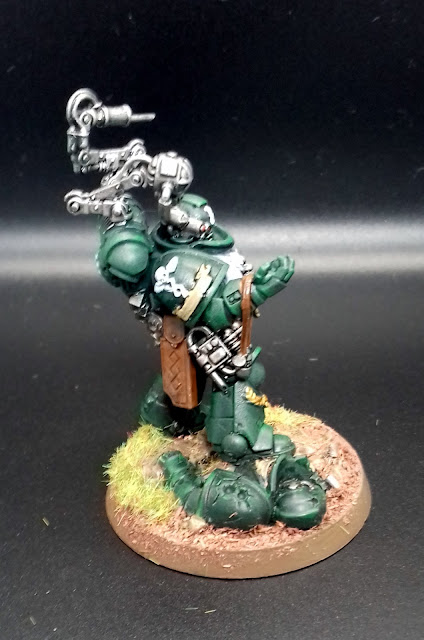 Today's Hobby Update features my Dark Angels Phobos Captain. This adds another Captain to my army. He can deploy in a forward position and blocks enemy deep strikers, adding to the utility of the army. 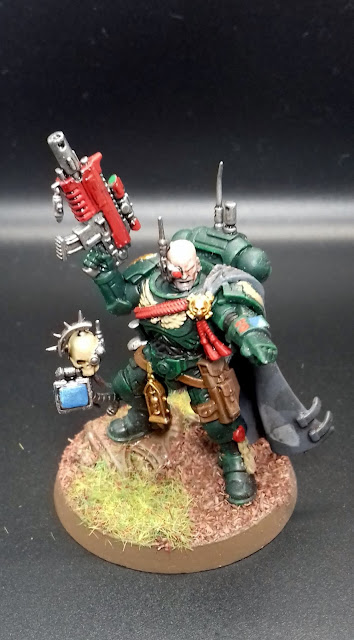 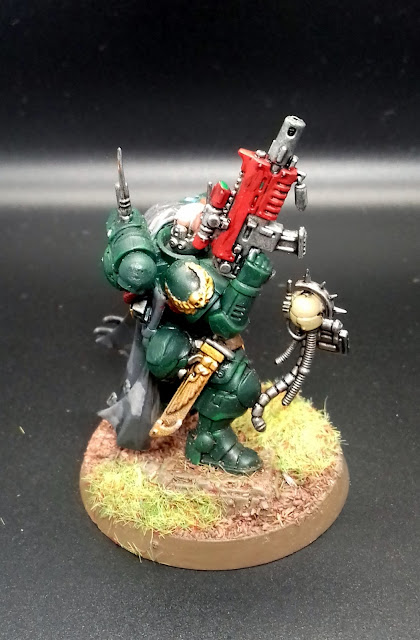 Today's Hobby Update is the the Primaris Phobos Lieutenant from the Shadowspear boxed set. This Lieutenant has the ability to deep strike into the battle, adding to the mobility of the Primaris army. 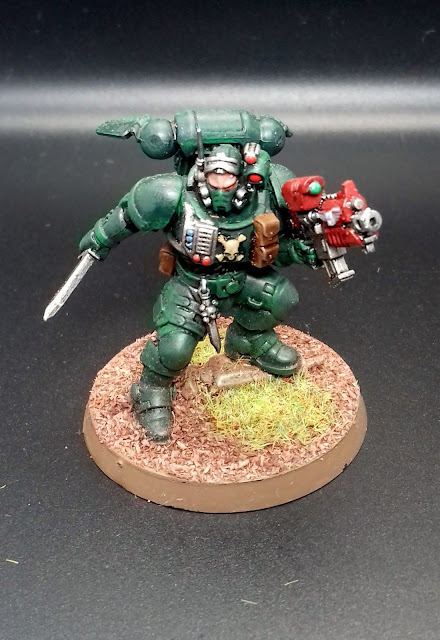 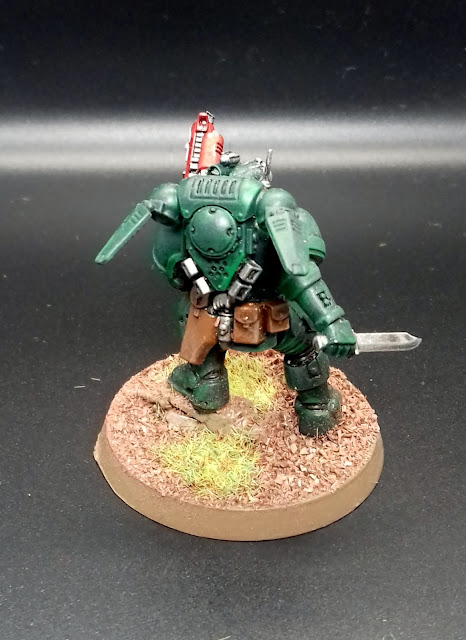 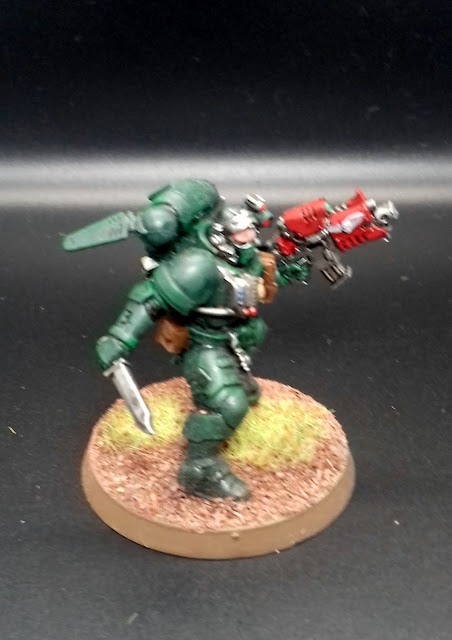 Today's Hobby Update features my Eliminator Primaris Squad. These are the Primaris snipers of the army, able to take on enemy characters from range and without line of sight. 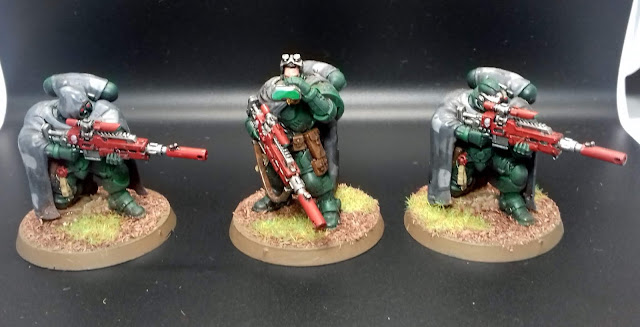 I tried the grey camo cloaks on the model. Not too keen on how it turned out, but it is growing on me slowly. 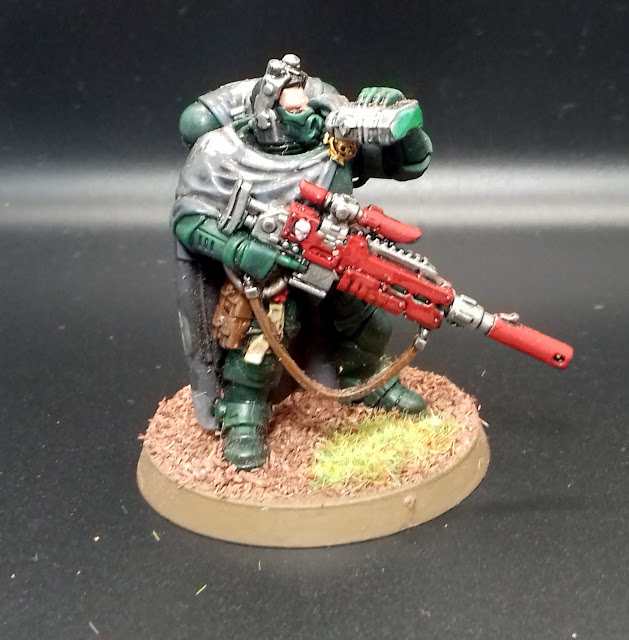 Today's hobby update features the Suppressor Squad for my Dark Angels Primaris army. This is a squad of three from the Shadowspear boxed set. 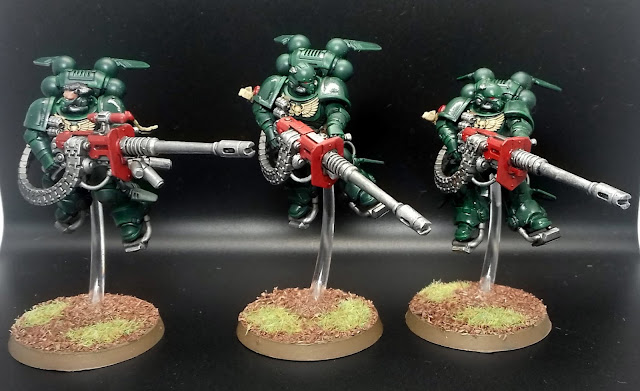 The unit provides some strong anti-tank firepower for the army, as well as some added mobility.