This week's battle report sees my Dark Angels Ravenwing take on the Drukhari in a 2000 pts mission in a barn stormer of a game! We were using the new Grand Tournament Missions 2021 rules, so had updates to some of the secondary missions, as well as points costs. We rolled up and got the Retrieval mission. 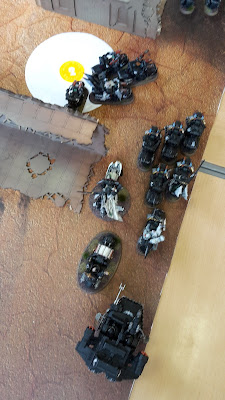