There were a number of fantastic armies that were up for best painted at the North East Open. Here are some photos of the selected armies.

First up are Will Mott's Chaos Knights. This army featured some beautifully converted Knights to match each of the Chaos powers. 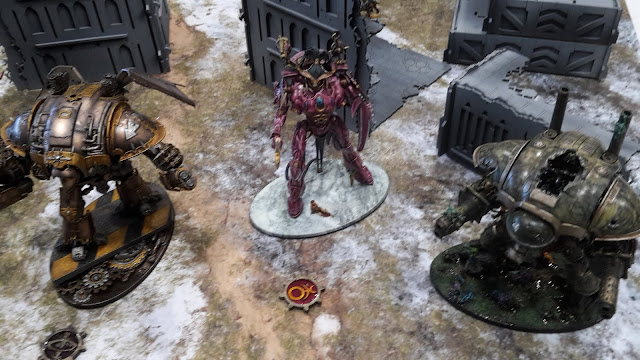 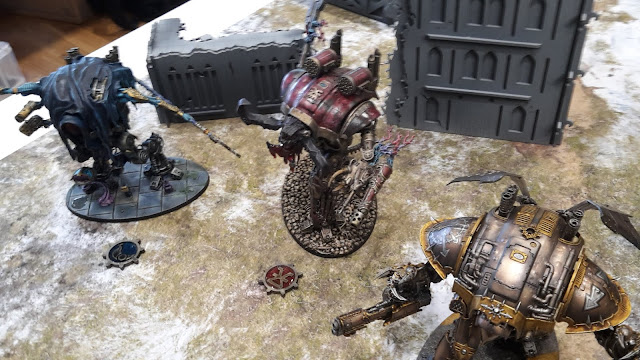 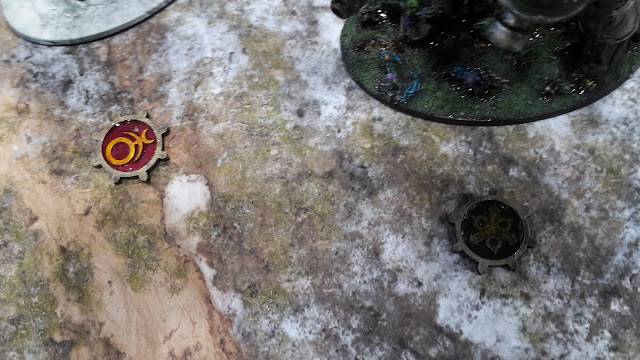 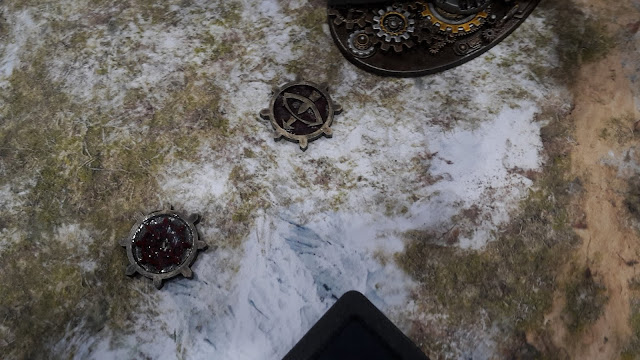 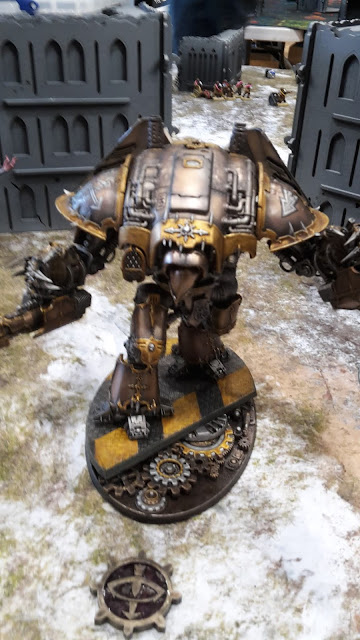 The final game of the North East Open tournament would see my White Scars face off against Tom's force of Imperial Knights and Adeptus Mechanicus.

Tom had a stunning army that was nominated for best army, and it is easy to see why. We would be playing ITC mission 5 (Precious cargo) with Hammer and Anvil deployment. 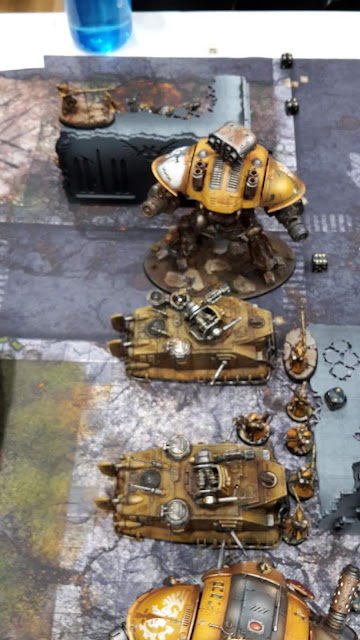 The fourth game of the North East Open tournament would see my White Scars take on Jac's Space Wolves in ITC mission 4. 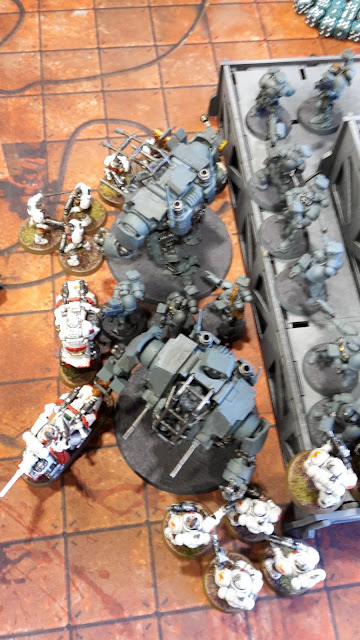 Game three of the North East Open tournament would see my White Scars take on Calum's Raven Guard in this ITC battle report. We would be playing ITC mission 3, with Hammer and Anvil deployment. 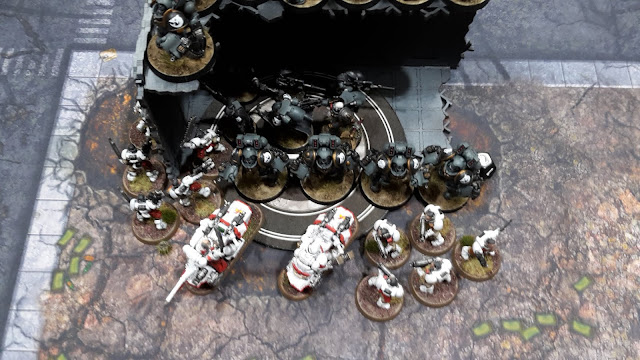 My second game at the North East Open would see my White Scars take on Steve's Iron Hands. This tournament was using the new FAQ rules for the Iron Hands, so I would be interested in seeing how tough they would be with the new Doctrine rules. 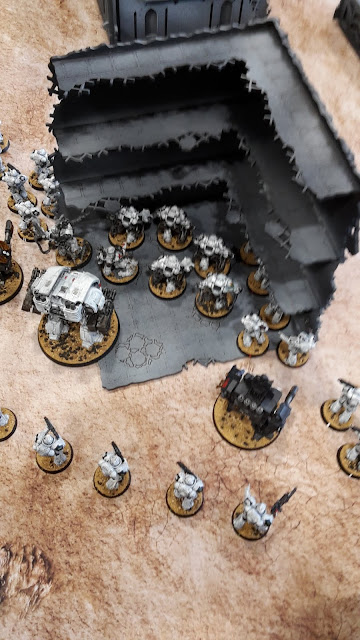 Welcome to the first battle report from my recent visit to the North East Open tournament in Newcastle. This was the second time I had attended the event, and was hoping to improve my performance over the last time. This was a 5-game, 2000 pts ITC tournament using the new ITC mission rules. 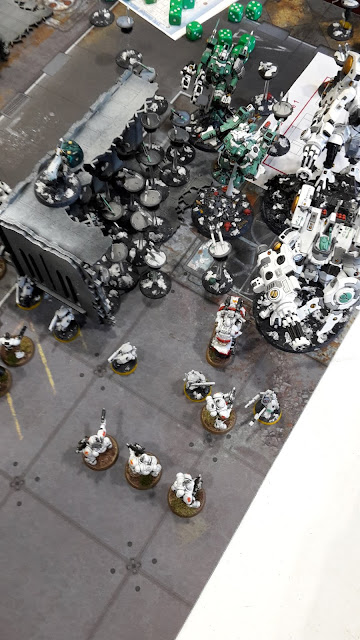 In the first game of the day, my White Scars would be taking on Adam's T'au in ITC mission 1.

A change up from my last tournament list. I dropped the Impulsor and Phobos Librarian from the list, as they didn't really do much for it. Instead I added a unit of Grav Centurions. I had faced a few of these in my last tournament, and was impressed by their firepower and damage ability, so wanted to see how they would perform in my list. 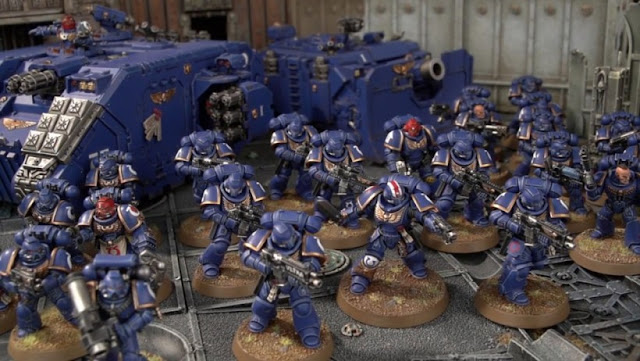 This actually makes armies that have a doctrine bonus in the Assault Doctrine a bit more powerful, as this is the doctrine you will be using the most in games. Depending on when you switch the doctrine, you have to spend around 50% of a standard game in the assault doctrine, or up to 70% in a seven turn game.
Read more »
Posted by Mike (St Andrews Wargaming) at 14:29 7 comments:

Game 3 of the Surrey 40k tournament would see my White Scars take on Craig's mixed force of Aeldari and Harlequins in ITC mission 3.

I actually played Craig in my first game at the last Surrey tournament in a very close game. I had a quite different list this turn, so was hoping it would be an equally close game in this one. 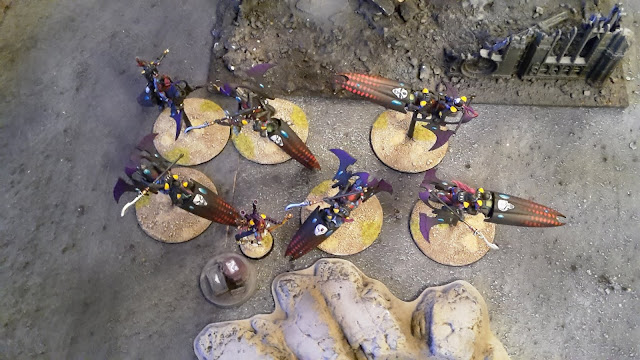 Game 2 of a recent ITC tournament would see my White Scars take on a mixed force of Imperial Knights and Adeptus Mechanicus. Knights are one of my least favourite factions to play against in the game, but I hadn't yet played them in the ITC format, so would be interested to see what I could do with them.

We were playing ITC mission 2 with Search and Destroy deployment. In this mission, you score a bonus point if you hold the centre objective and your opponent's objective at the end of your turn. 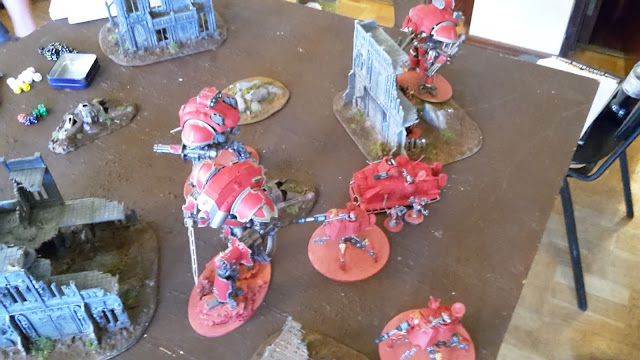 I recently attended an ITC 40k tournament in Surrey, where I took my White Scars army. This was a five game, 2000 pts tournament, featuring the first five ITC missions. You can also follow the blog on Facebook to get regular updates and photos of my tournament games.

The first game of the day was against Lee's Space Wolves, using ITC Mission 1 and Dawn of War deployment. 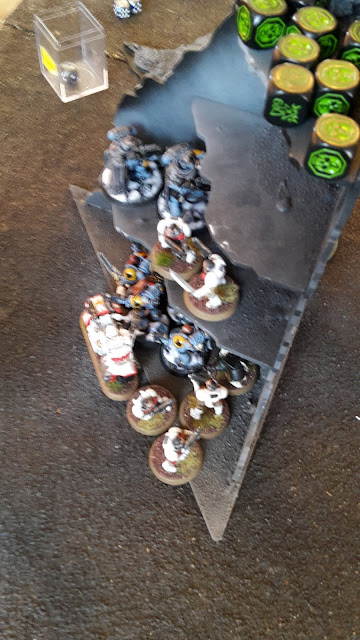