Welcome to my first battle report of 9th edition 40k! With everything that has been going on with lockdown and the pandemic, this was the first opportunity I had to play the new edition of the game. In this report, my White Scars Primaris army was taking on Sandy's Orks. 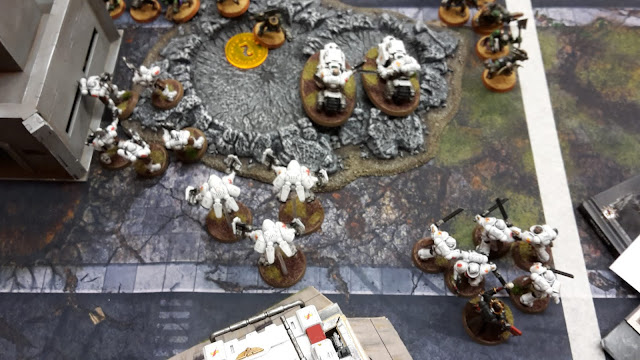 My army consisted of:

With this army, I wanted to go for an all Primaris force. I added a number of elements from the Indomitus boxed set to my existing collection to bulk out the force.
The army was led by Kor'sarro Khan, who provides some nice buffs to the army in assault. He was backed up by a unit of Assault Intercessors in an Impulsor. A second Impulsor would carry the Assault Intercessors and Primaris Chaplain. I gave him the relic Crozius and the Chogorian Storm warlord trait for extra attacks on the charge.
I added two units of Intercessors and Infiltrators as troops choices to provide some firepower and objective grabbing ability.

I then added a number of faster elements, including the Outrider squads and Warsuit, to threaten the Orks early and add some firepower. Two units of Inceptors would provide more anti-infantry firepower, while the Eradicators should deal with any vehicles I came up against.
Read more »
Posted by Mike (St Andrews Wargaming) at 09:00 7 comments: 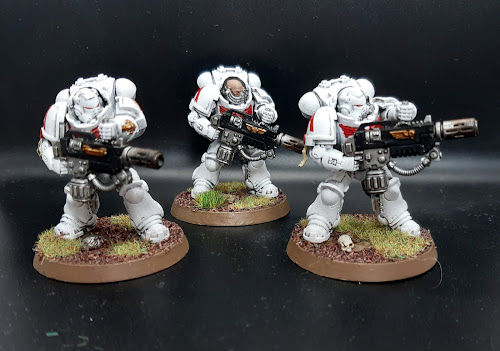 These guys provide some potent anti-tank firepower to the army, with their special rules enabling them to fire twice at the same target. With a 24" assault Melta weapon, they can put a lot of hurt on enemy tanks and monsters with their potent firepower.

The right hand shoulder pad symbol was actually from the Ultramarines transfer set. I cut this out and painted it red (from white). Once dried, I was able to use the transfer as normal. I had tried doing free hand before, but had little success. I think this one turned out much better. 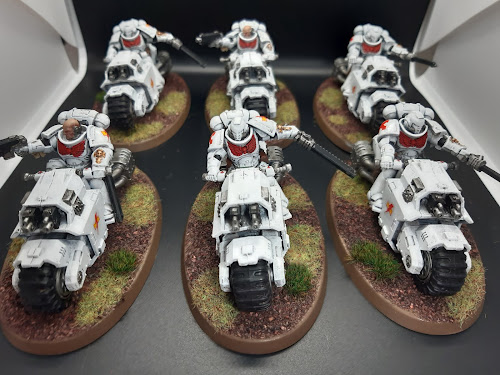 It'll be nice to get some Bikers back on the table with my White Scars, as they have been a bit lacklustre in 8th edition. I'm looking forward to getting these on the table, as they have some potent firepower and combat ability, as well as being pretty tough.

I'll need to remember the Skilled Rider stratagem to give one unit an invulnerable save, to help protect them for a bit longer.

I realised after photographing the units that I hadn't done the eyes lenses on the helmeted Marines. I went back to fix this, but couldn't be bothered setting up the lightbox to take the photos again! 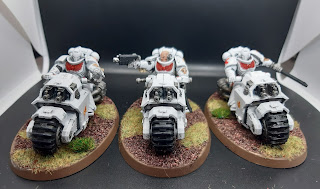 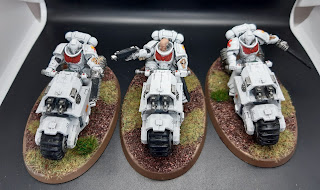 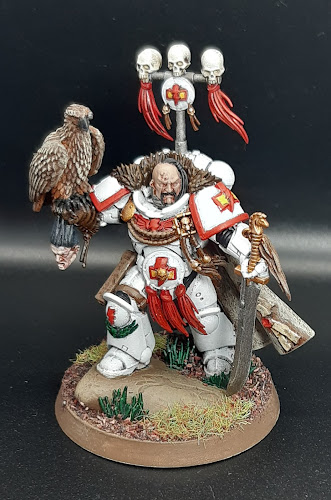 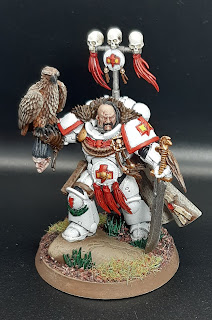 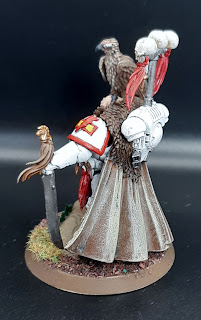 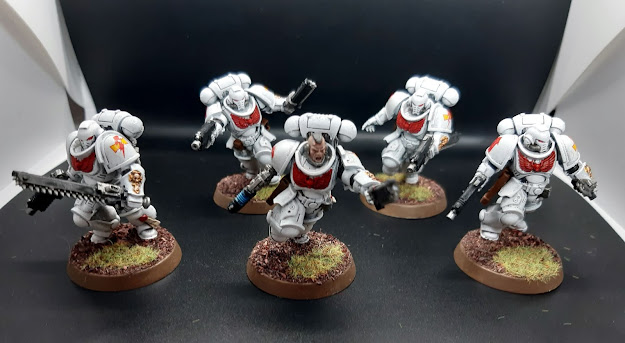 These models are from the Indomitus boxed set (that I eventually got my hands on). This squad should really boost the combat potential of my White Scars forces, especially when the assault doctrine hits. The squad will get 4 attacks each on the charge, with AP-2 in the assault doctrine and doing 2 damage. That should prove to be a potent Marine killer when they go up to 2 wounds each. 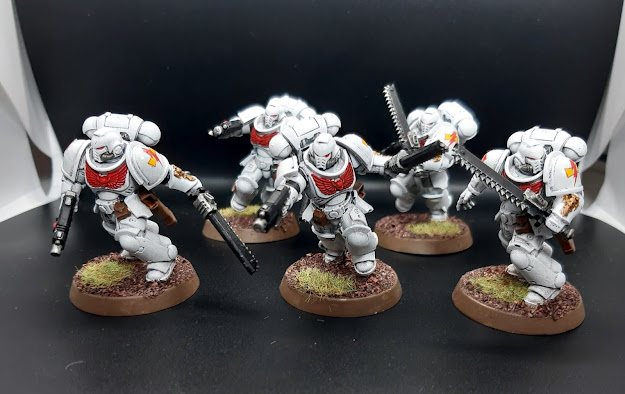 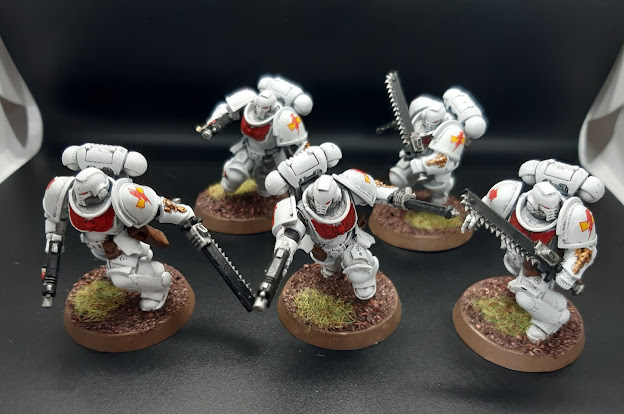