The first of this week's Better Know a Blogger features Jon Garrad from the blog Kaptain Von.

I checked out Jon's blog after he got in touch with me about the series and I was glad that he did. What you will find is a range of hobby content and "Theoryhammer". He has recently been focusing on the new Traitor Legions supplement, with articles on the Iron Warriors and Night Lords most recently. 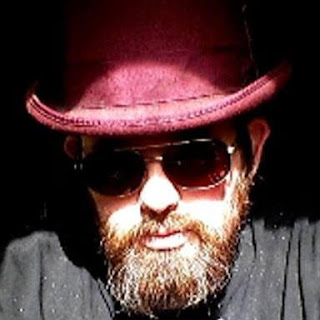 As well as 40k content, you will find some great work on RPGs and some really nice hobby painting tutorials.

1. What age did you get into gaming and what started it off?
Really young - about six or seven. A Fighting Fantasy choose-your-own-adventure book is one of the first things I remember reading on my own. These are the perils of being a precocious brat and regularly left unsupervised in the library - you find all kinds of stuff. Miniatures came when I was about eleven, roleplaying when I was about fifteen or sixteen.

2. What was the first model you ever bought/painted?
Probably one of the plastic Orks from second edition Warhammer 40,000 - the Goffs with the swivelling pistol arm.

3. What is your favourite aspect of gaming?
Probably campaigns. I try to pursue the whole Renaissance Man/complete hobbyist/five pillars thing and engage with everything (even painting, which is… definitely my least favourite bit), but I’m always the first to join games up into something that has some narrative thrust and significance behind it.

4. Fondest memory in gaming?
I once had a player in my World of Darkness group tell me a session was so scary she’d been sleeping with the lights on for a week. Another player from that group once slapped the glasses off my face when I tricked her into joining the Camarilla (a group of courtiers that surround the king. Don't worry, I had to google it too- Mike). Or there’s the game of WFB (Warhammer Fantasy Battle- Mike) I lost because I totally forgot my Black Knights were on the table for two turns on the trot.

5. What are you working on right now?
Y’know, it always weirds me out when GW staff say that to me. It’s not “what do you collect” or “what games do you play” - it’s defining the hobby as work, i.e. labour, and unpaid labour to boot. Makes you think, doesn’t it?

Ahem. Anyway. Chaos Space Marines for 40K, Gnolls for Frostgrave, Goths for Wild In The Streets and Crusaders for SAGA. Later in the year it’ll be time for some Vampire: the Dark Ages and then an OD&D mega-dungeon. Oh, and I’m thinking about doing a book. Maybe. 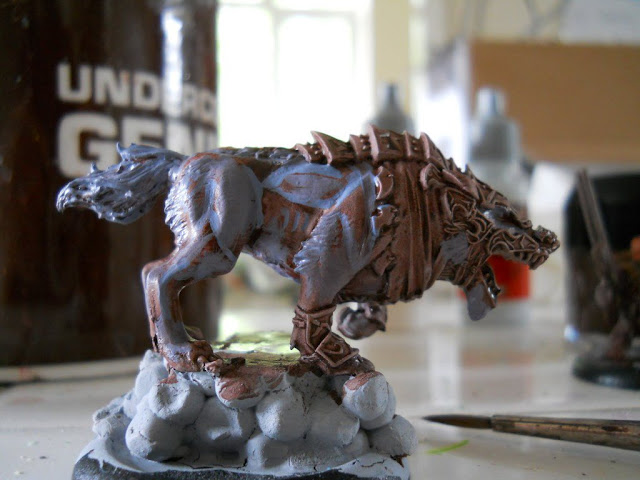 6. When you are not conquering the tabletop, what do you do?
I’m a ghost writer by trade (mostly corporate blogs, the occasional white paper, and materials for virtual or distance learning environments). I used to teach English and Drama in sixth form colleges, but… well, there were politics and there’s a lack of funding and I had a nervous breakdown and now I don’t do that any more. Bit of a physical breakdown too. I went from cycling forty to eighty miles a week and fencing foil and epée to hardly being able to walk for the best part of two years. Now… I cook, I dabble in low-grade occultism, I take short slow walks in the glorious national park where I happen to live, and I record myself being terrible at video games for the amusement of other shut-ins.

7. What would you say about your blog to someone who has never read it to draw them in?
It’s a whimsical, wry, what-the-hell-am-I-doing-with-my-life chronicle of… hobby. It’s… an odd blog, yet sometimes a mundane one. Thought experiments. Aspirations to better gaming. Rejections of those aspirations because damn it, I’m only human. Delusions of grandeur and confessions of mediocrity. A strange man with a beard poring over his obsessions, trying to make some sense out of them - or chronicling perfectly ordinary activities with toy soldiers and stuff. Sometimes both at once.

8. What is your favourite article that you have written?
There’s a run of good stuff around September 2014: The Return of Termite Art, The Great Clomping Foot of Nerdism and Impressionistic Fantasy. If I was that good all the time, if I lived up to and followed through on everything in those posts all the time, I’d be a much happier person.

Also, I’ve always been disappointed that the fiction went down like a lead balloon. Does it suck, or do people just not want to read prose fiction on a blog, or what? 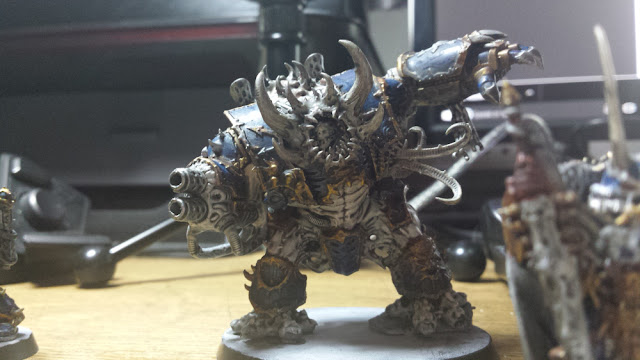 9. Which rule would you like to see changed or removed entirely?
One rule? From one game? Never gonna happen. I’m a prolific house ruler. Er… maybe Vancian magic from D&D, because I’ve never encountered anyone who actually likes playing “guess what the GM has planned for this session” every time they play. People defend it all the time, but by saying it’s part of the game or part of the literary inheritance from Appendix N.

10. Which of your armies is your favourite?
The Order of the Black Cross, my Vampire Counts. They’re my dudes and I am as reluctant to part with them as I am my own lungs. I was damn lucky to get them back at all, and they remain in my display case even though I never intend to play another game with them ever again. 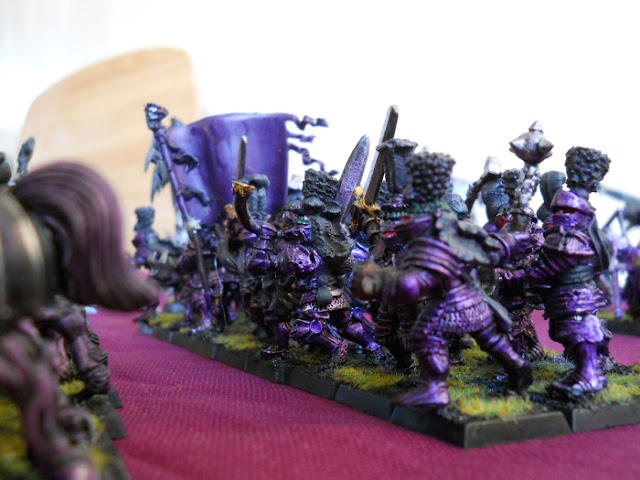 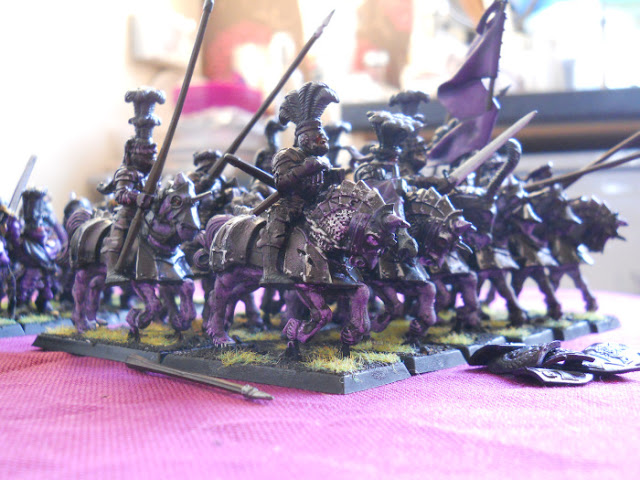 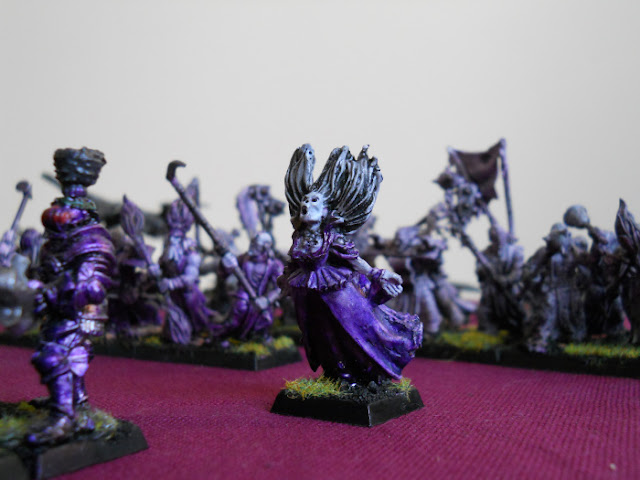 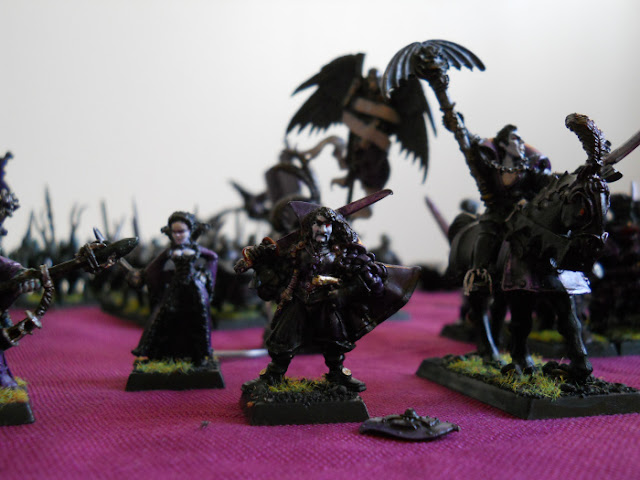 11. Secret wargamer or loud and proud?
Bit of both? I’ve written tens of thousands of publicly accessible words about wargames and RPGs and suchlike, I’ve never exactly kept it a secret, but I never used to tell everyone in the office I’d spent the weekend at a tournament either.

Tell you one thing though: I can’t abide that “hide your purchases from the wife” thing. What kind of relationships are you people in where you can’t trust each other about financial affairs, for goodness’ sake?

12. Any hobby tips or cheats to share?
Chill. Don’t mindlessly pursue the most competitive list, the most CMON-approved paintjob, the most elaborate backstory or the fastest completion time just because everyone’s yelling at you to UP YOUR GAME the whole time. Unless you’re paying your rent and bills with this stuff, it ain’t that important. Your hobby is supposed to be less work than your job. 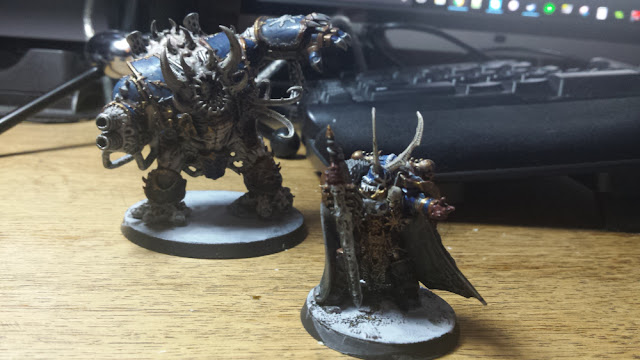 13. Tournament or Casual?
False dichotomies need to die, especially this one. But… I’ve learned over the years that ASD, manic depression and tournaments are not a healthy mix. I don’t like high-stakes games (especially when there are no actual stakes, not even beer money). I don’t like having to play quickly, and I really don’t like playing games back to back. I need a mental warmup and cooldown around each game and tournaments don’t really allow that luxury.

14. Nintendo or Sega?
PC Gaming Master Race, for life. A) I told you I don’t like false dichotomies. B) There’s no way in hell my mum would have accepted spending money on a machine which only played games and took over the television, and now I can’t be arsed buying a machine and a telly just to play games on when I already have a perfectly good PC.

15. Xbox or Playstation?
Neither. I reckon you can trace so much of the douchebro toxicity and lack of imagination in modern gamer kultur back to these consoles, or at least to the way they were marketed when they came out. Also, I’m crap with controllers, so feel free to chalk that last remark up to sour grapes if you like. ;)

16. McDonalds or Burger King?
Burger King. This isn’t even a contest. I’ve eaten McDonalds three times in my life and every time it’s given me the rampaging trots. Plus I’m cheap for bacon cheeseburgers om nom groffle.

Thanks to Jon for taking the time to answer my questions. Be sure to check out Kaptain Von and give him a follow on twitter (@kaptainvon).

If you have a gaming blog and would like to take part in Better Know a Blogger, drop me an email at corrm@gmail.com so that we can sort something out.
Posted by Mike (St Andrews Wargaming) at 09:00