As many of you may have seen from his recent posts, Rob (30Kplus40K) has been working on painting up the four Imperial Assassins for a commission. It was actually my Assassins that I had sent Rob, and they were delivered at the weekend so that I could marvel in their glory. 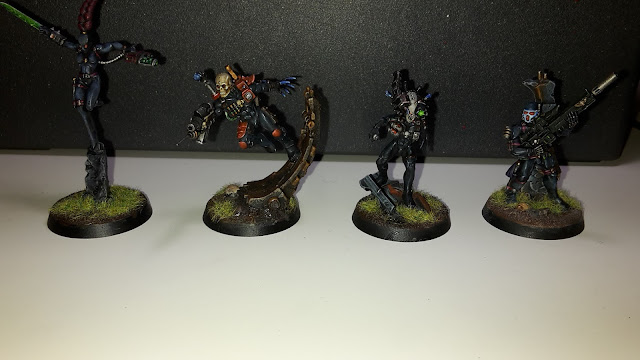 When I was going through the list of models that I had left to get painted across my various armies, I was reminded of the Assassins from the Execution Force that I hadn't got round to painting. I decided to see if Rob would be interested in painting them up for me. I really liked the black armour that he had done for his Death Company army, so figured he would do a great job on the mostly black Assassins.

He did not disappoint! In fact, I felt pretty guilty about the effort that he had put in and how little he had charged to do them.

As you can see in the pictures, they are looking great and should fit in with with any of my Imperial armies. 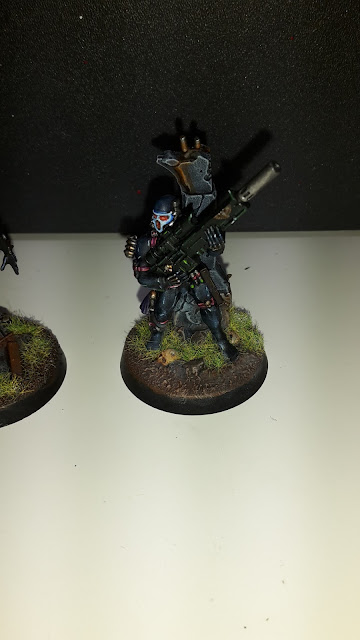 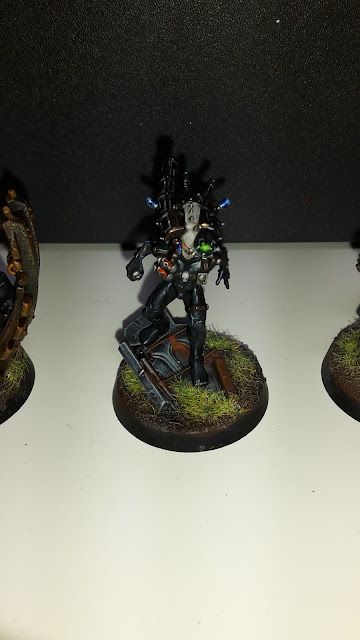 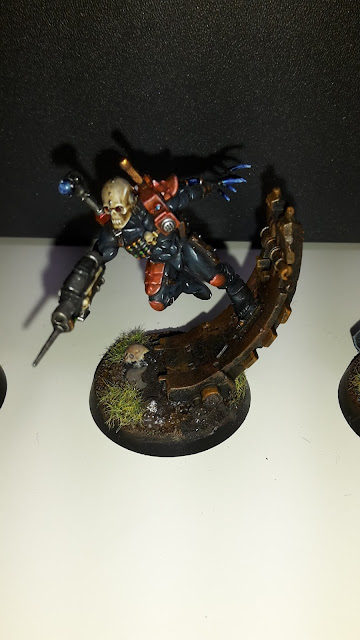 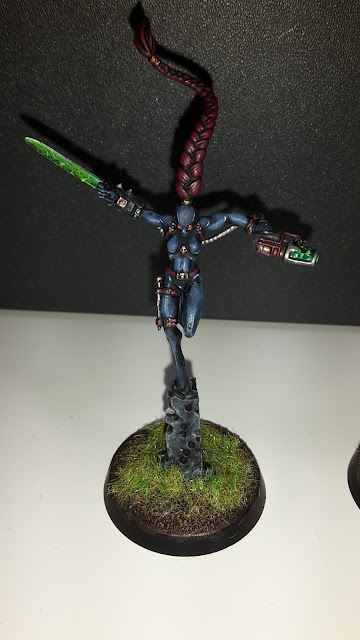 For better photos, you can check out the links to Rob's own blog to see the Assassin in all their glory:
Now that I have them, the only way to properly showcase them is to have them feature in a battle report together. I will be having a 2000 pts game this weekend and plan to take all four Assassins to accompany my Deathwatch.
Posted by Mike (St Andrews Wargaming) at 09:00