As you may have seen in the Hobby Sunday posts, I have been making some great progress on painting up my Deathwatch army. I assembled the first Marines for this army back in late October of 2016. In the last two months, I have painted just over 1600 points worth of Deathwatch, which for me is a lot in such a short space of time. What is odd is that I don't feel I have been rushing through them. I have been taking my time over each unit and trying to sort out the individual details in each squad and trying new painting techniques, such as edge highlighting. It just so happens I've been able to get a lot done over Christmas and in the evenings.

I thought I would take some photos of the army so far. I still have a few models to get painted before I can call the army complete, but I am confident that I will have the whole army painted by the end of February. Apologies for the darkness of some of the photos, it was a miserable weekend here in Newcastle, so the lack of natural light did not help much! 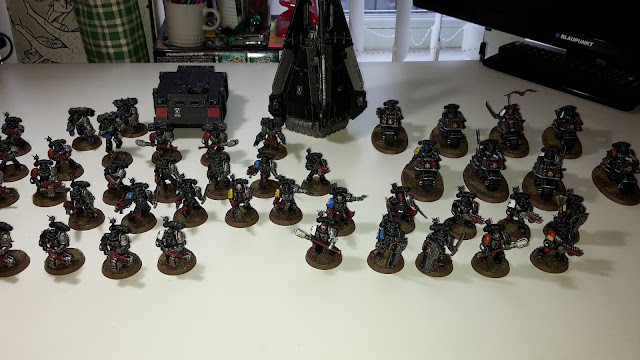 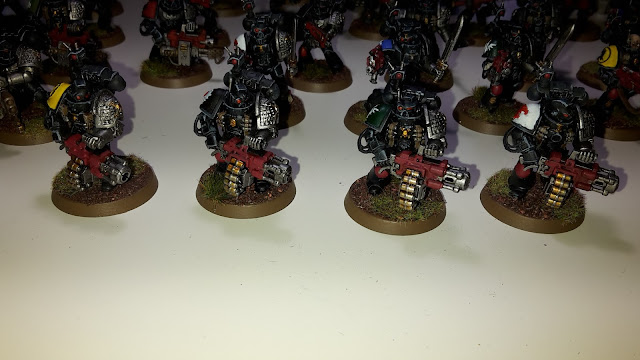 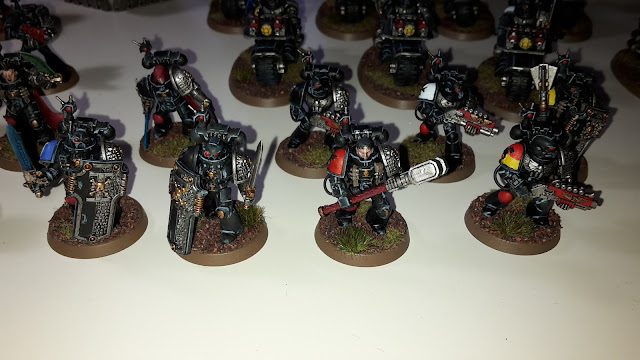 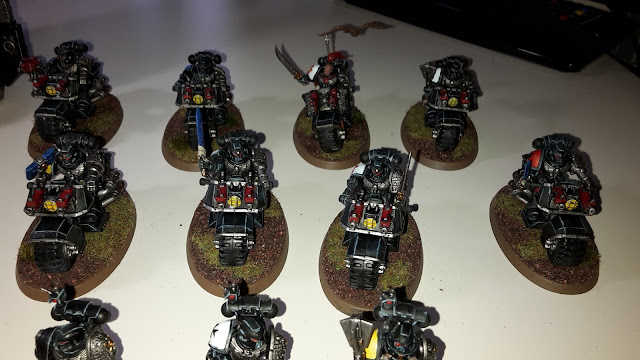 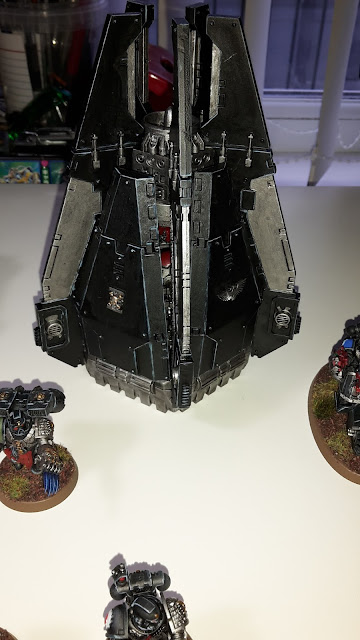 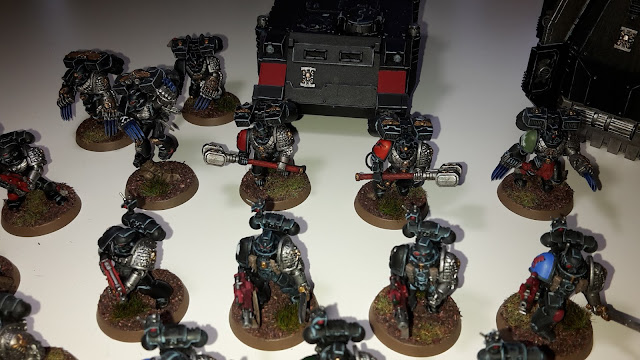 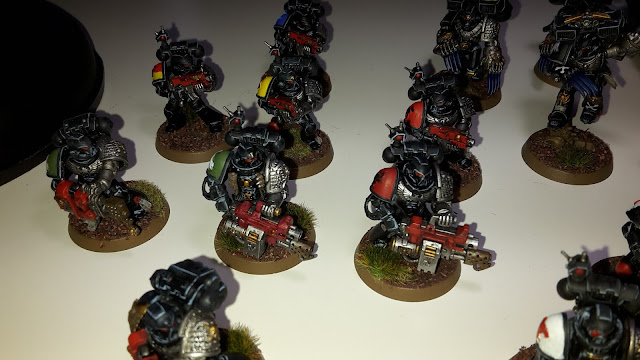 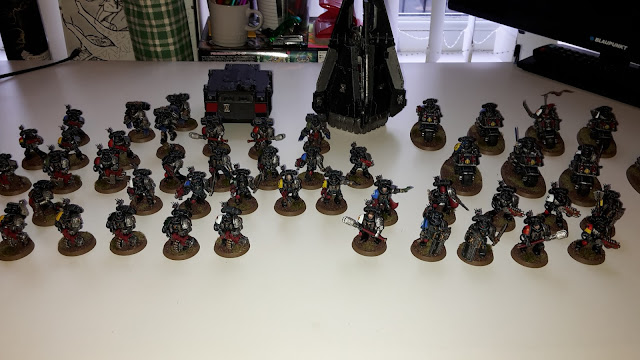 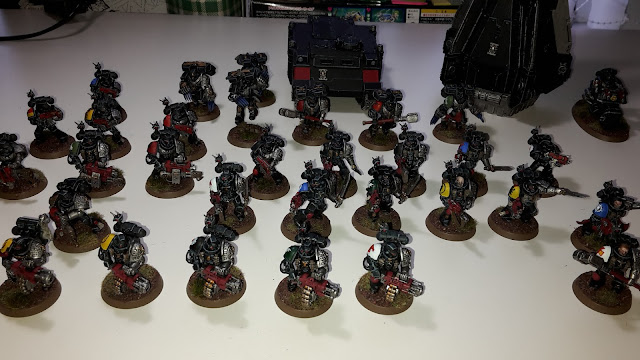 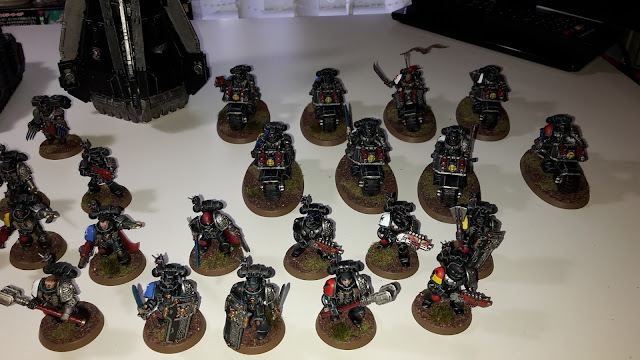 I have been making progress on the remaining models as well. This week's hobby updates should see the Deathwatch Terminator and Chaplain completed. Also, tune in tomorrow to see the army in action in this week's Battle Report.
Posted by Mike (St Andrews Wargaming) at 09:00