I think I first came across Rictus' blog on Twitter. I was drawn in by pictures of his amazing Ork looted vehicles. 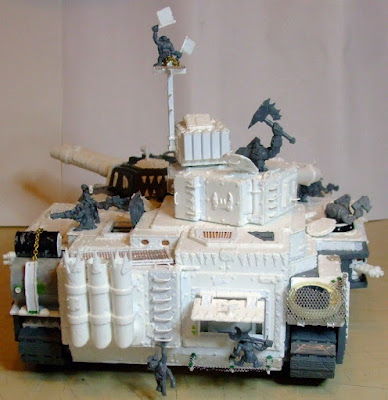 When you check out the blog, you can see his great tutorial guides on how to generate your own great looking Ork vehicles. In addition, you will find some great conversion and painting articles, and a really nice series looking at old issues of White Dwarf and their contents. Those of you with some nostalgia for the "good old days" of White Dwarf should check it out. 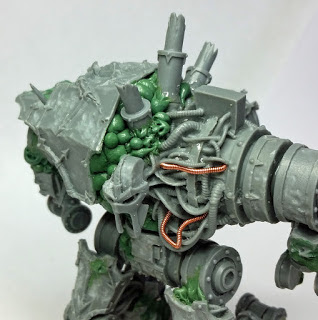 You can also find him on Twitter (@Rictus40k), posting some great scratch-build and terrain pictures. 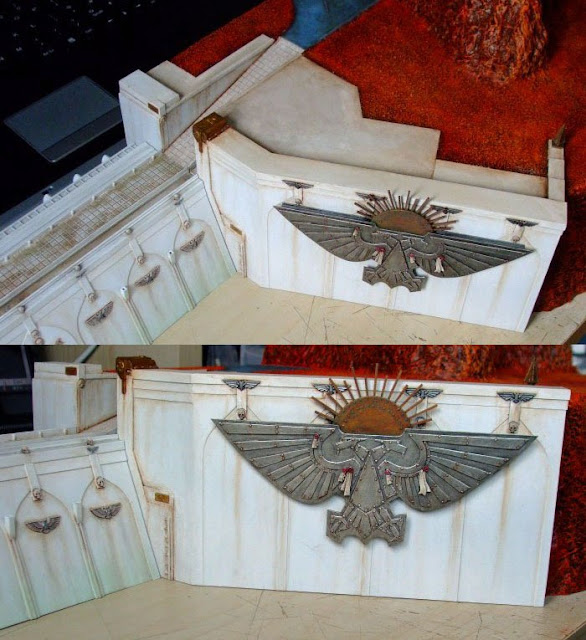 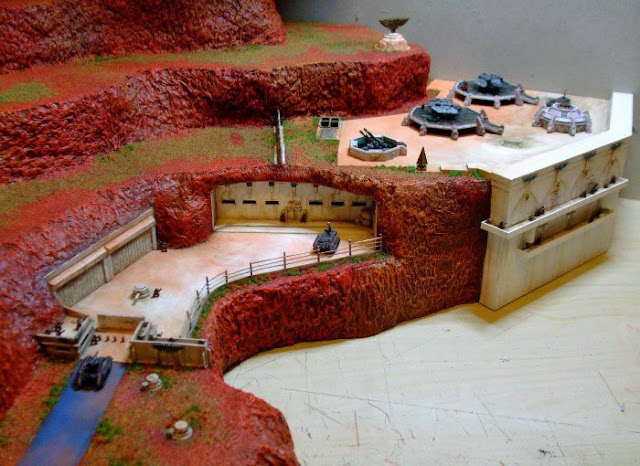 Here are Rictus' answers to my questions.


I was 12, I think. It really began with the Fighting Fantasy books by Ian Livingstone and Steve Jackson and the Heroquest board game (I loved those books!- Mike). It wasn’t long after I started playing Heroquest that a friend introduced me to White Dwarf. I admit I didn’t know the connection between all three for a while. Space Hulk then arrived in my life and the die was truly cast. It was White Dwarf that really got me hooked. Something I have discussed on the blog more than once as I looked back at the early White Dwarfs I read, including the first one I ever bought – Issue 124 back in March 1990. 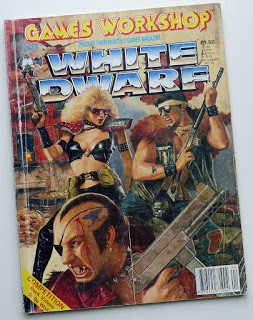 2. What was the first model you ever bought/painted?
Not entirely sure. It is almost certain one of the following:

The original ‘Space Ork Battlewagon’ and the original Marine Rhino, or it might have been the old Terminator Box Set (nine Termies including a Captain and Librarian), which I bought to use in Space Hulk. In fact I still have some of the Battlewagon bits in my Bits Boxes. I actually painted that Battlewagon and Rhino, surprising considering my record ever since then. The Battlewagon was followed by the big box set of Orks. High Elves and Orcs & Gobbos were also some early buys as they were in the Warhammer Fantasy starter box set in ’92.

3. What is your favourite aspect of gaming?
Modelling. I like building things, especially tanks of one kind or another and also terrain. I’m not a fan of painting. I enjoy gaming though I don’t do it that often. Though I have to say it was the artwork and background material that truly hooked me into the hobby and the Warhammer universes in particular. Even if I never build a model again I’ll still be buying the books...The down side of this is that I have far too many projects which are unpainted and a fair amount of those are still WIP, such as the one below. 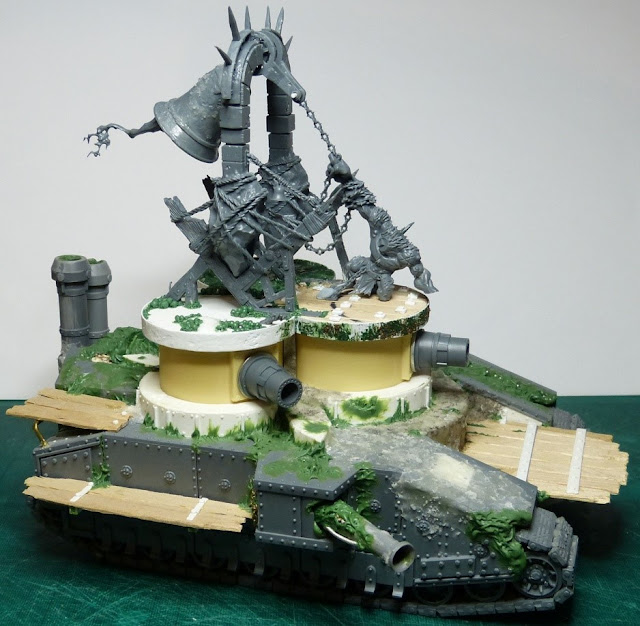 4. Fondest memory in gaming?
It is weird the things you look back on with fondest. Treading on a ranked unit of Goblin spearmen...having cats attack the terrain. Ah, Floorhammer (we all have a soft spot for good old Floorhammer- Mike). It’s hard to pin down a single moment as the fondest. If I ever finish at army completely that’ll probably be the one. So my fondest memory is one I may one day have. 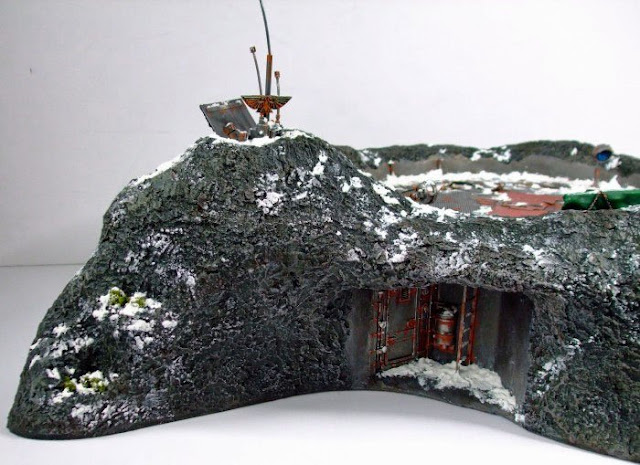 5. What are you working on right now?
A list that never seems to get shorter, merely edited, revised, re-ordered and added to. 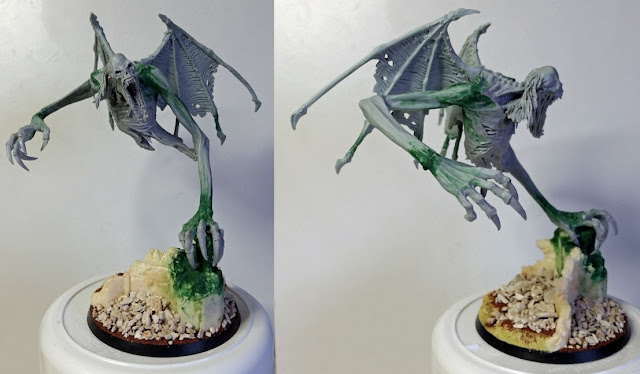 6. When you are not conquering the tabletop, what do you do?
Real Life, the thing that gets in the way of getting anything done. 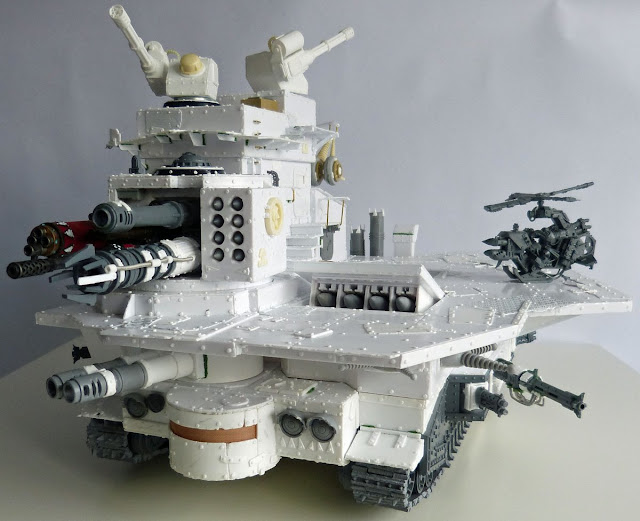 7. What would you say about your blog to someone who has never read it to draw them in?
What’s the worst that could happen? Give it a go, you might find something interesting, or at least something to fill some of that time where you should be doing something worthwhile but all you really want is a short term fix to keep yourself occupied without being useful.

Probably not the answer you wanted. Erm, “it’s a record of someone’s futile attempt to get the better of a hobby that has far too much control over him. Come watch him fail, at the same time you may see some modelling stuff that is worth looking at.” That’ll draw them in, I am sure. 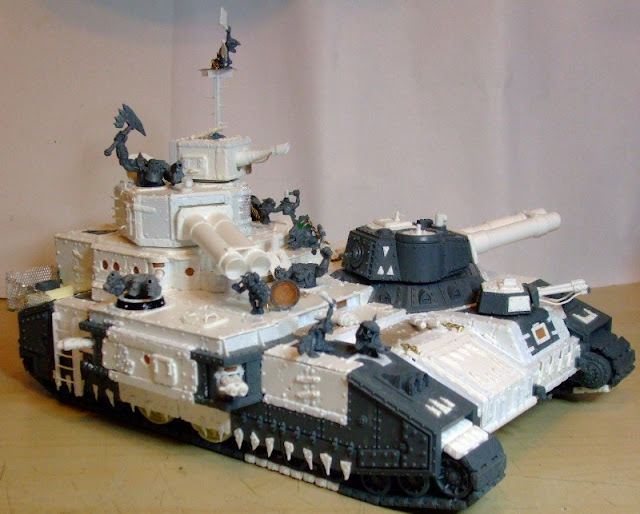 8. What is your favourite article that you have written?
I honestly don’t have one. Usually whatever article I have last done is the one I like the most. I suppose I will always be fond of the tutorial type pieces I have done as I put a lot of time and effort into those and they seemed to be go down well with people.

The post about the 40k Propaganda Posters was another that has always been popular to my surprise. 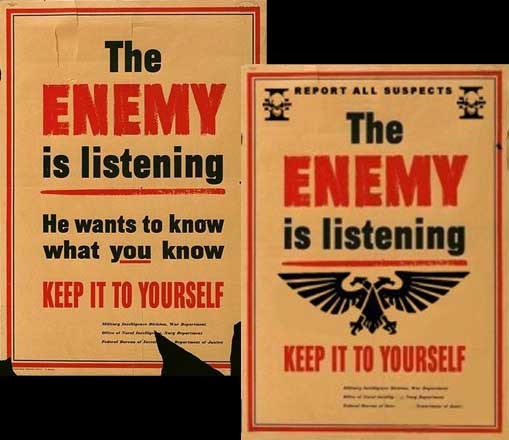 The White Dwarf look backs have been something I enjoyed doing and again proved quite popular, many seem to enjoy looking back at the early days of Warhammer and 40k, while some of the early material doesn’t quite come up to standard now so much of it is still excellent and formed the building blocks upon which all we now have were built upon. 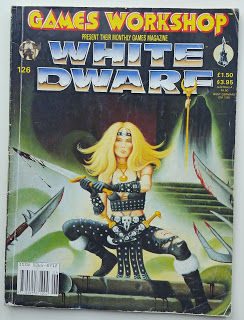 9. Which rule would you like to see changed or removed entirely?
Tricky question to answer. The game I play most is 40k and there are so many rules in that I don’t think work that well or just don’t make sense...

...to name just three. We could write several articles just on those. 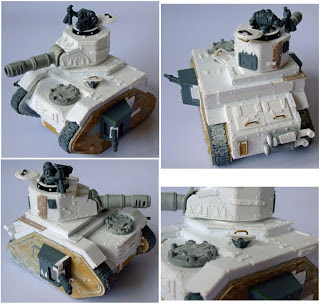 10. Which of your armies is your favourite?
Nurgle Deamons. Building the CRM made me want to hurt people too much to be a favourite. That may change if I ever manage to build the Heresy Death Guard I have sitting in boxes. 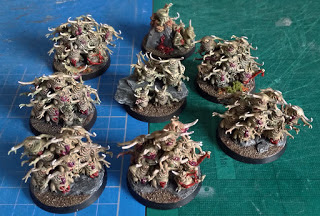 11. Secret wargamer or loud and proud?
I don’t hide my hobbies, but neither do I proclaim them to all and sundry. You can hardly hide it when you have this much stuff taking up room in the house or disappearing to Warhammer World so regularly. I am always happy to talk about any of my hobbies or interests, and given a chance I will happily corrupt someone to the lure of Chaos.

12. Any hobby tips or cheats to share?
You can’t have too many knives. Make sure the blades are always sharp. When in doubt give it a go. Don’t put the cup of water close to your cup of tea. Always have some plasters near your hobby desk. 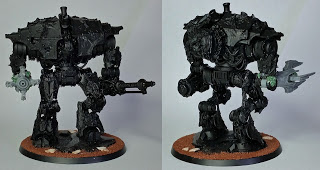 13. Tournament or Casual?
Casual, never been to a tournament. While it has crossed my mind once or twice I’ve never had enough self motivation to bother with them.

14. Nintendo or Sega?
I’ve never had either and I can’t remember which I played once or twice as a kid. 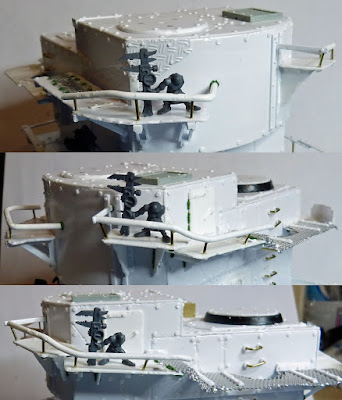 15. Xbox or Playstation?
Same again, I’ve never been a computer game person. I think I have only ever bought three computer games. 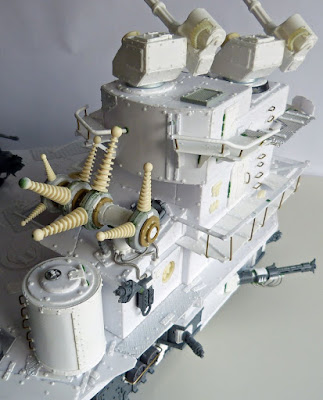 16. McDonalds or Burger King?
I try not to use either, but if I have to use one I’m not fussed either way which one it is.

17. Coke or Pepsi?
As I’ve never drunk Pepsi I’ll have to say Coke, though I don’t drink it often, usually just gaming/hobby meet ups such as at Warhammer World. I would rather have a cup of tea (you sir, are a proper gentleman!- Mike).

Thanks to Rictus for taking the time to answer my questions. Be sure to check out Recalcitrant Daze for more great articles, and follow him on Twitter @Rictus40k

If you have your own gaming blog and want to take part in Better Know a Blogger, drop me an email at corrm83@gmail.com. It's a great way to promote your blog and maybe get a bunch of new readers (you'll get a least one anyway!).
Posted by Mike (St Andrews Wargaming) at 09:00