Better Know A Blogger: Part 25- I'm Alone with a Dream

This week's Better Know a Blogger features D Power from "I'm Alone with a Dream".

What to say about D Power's blog that would accurately describe it or do it justice?!?! I'm actually a bit behind the times with discovering "I'm Alone with a Dream". Marc (Old School Gaming) has mentioned him a few times in the past and Rob (30Kplus40K) recently highlighted some of his work on his own blog.

The best way for me to describe his converting and painting style is a Blanchitsu-inspired, proper grimdark vision of the 40k universe. Take a look at some of the creations on his blog and marvel at the creativity and unique style that D Power brings to his work. His blog is not the place to go if you want tactica articles, codex reviews or rumours analysis, but if you want to spend a few hours marveling at some top notch creations and original painting style, it is definitely a blog that should be on your list. 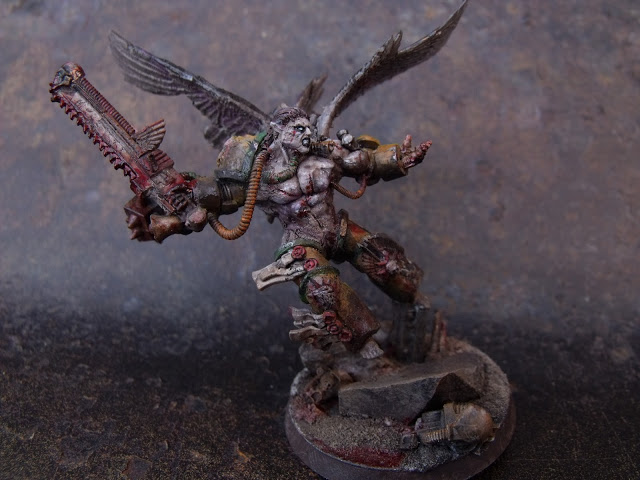 He recently took part in the Dreadtober event and produced a fantastic version of a scratchbuilt loyalist Space Marine Dreadnought. 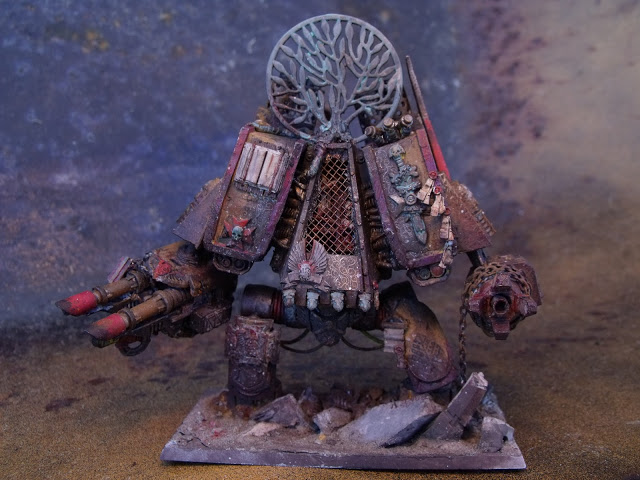 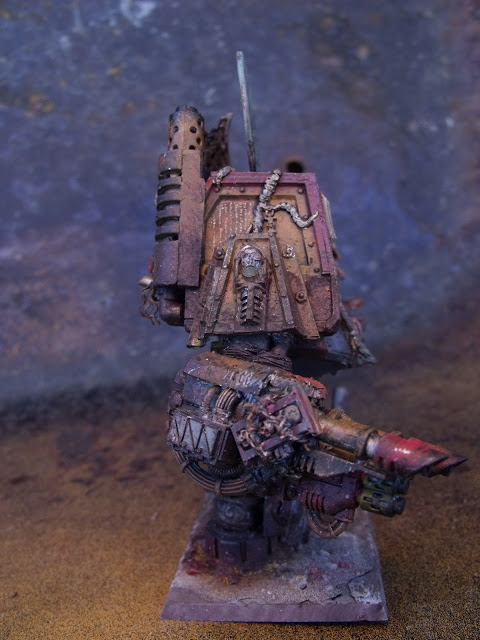 He also runs a painting commission service that is well worth a look. You are unlikely to get a model that will match your own army style, but as a fantastic display piece, you can't go wrong. 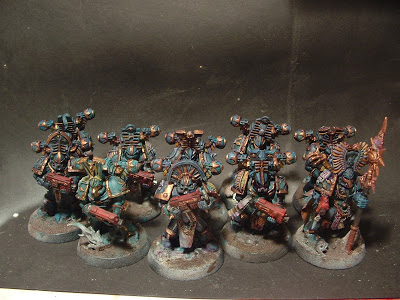 Anyway, enough of my vain attempts to describe it. Enjoy the pictures throughout the post, and here are D Power's answers to my questions:

I was 16 when I bought my first batch of Space marines from a friend that had been running Tau from the crib and had no room for the Imperium anymore; although I had been drooling over the bible-sized catalogue at the old hobby shop since I was 10.

Leading on from that, a Space marine of course! I knew I wanted yellow and black, but the paint I'd bought was ancient and separated... bit embarrassing, I didn't keep the abomination that resulted...

That'd be the kitbashing! The going against everything the instructions say to do and putting the stormtalon's rear foil on backwards-- that sort of thing. If I was more prolific a painter, that'd be a close second. 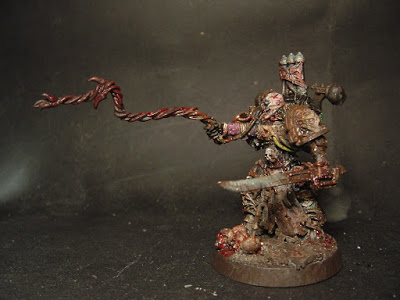 It's a toss-up between two moments; one (not exactly game-related) when a fellow G+ member linked my Imperial Knight The White Rose to saint Blanche-- and two, when the Silenzi titan took on two superior knights and survived. I felt like such a proud father then! 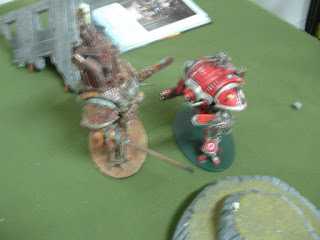 Currently (among other things) a squad of counts-as LOtD, and a land speeder-- my first. The engine housing will be replaced with hurricane fencing and I'm working on making the exposed engines interesting. 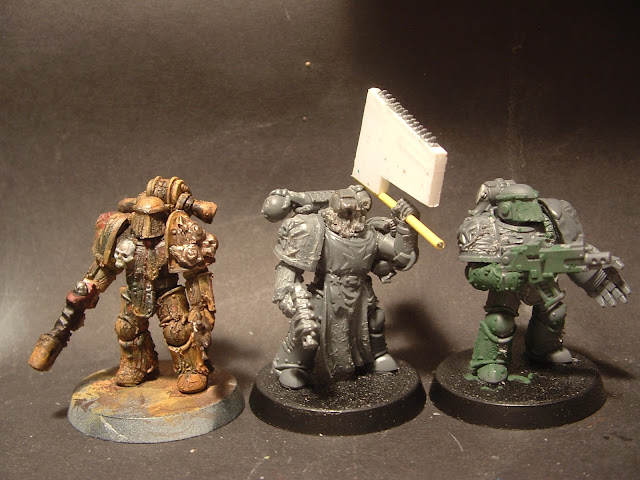 Normal life is a bit boring, really. I'm an aspiring artist hoping to get into the illustrating field, and a general horticultural laborer. I like horses and dragons, long walks in the hills, and writing. 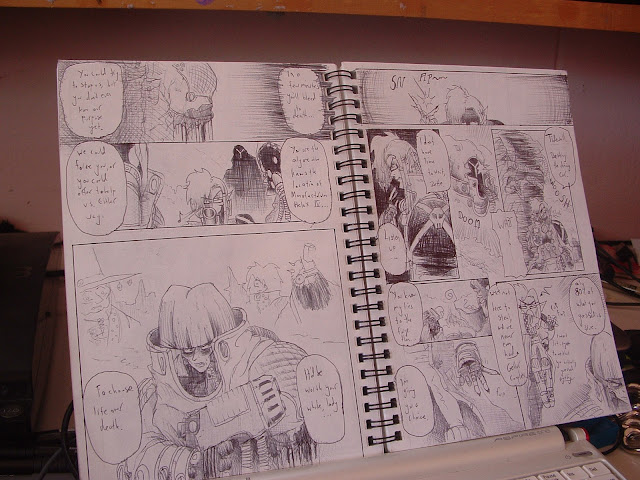 I don't know, actually! I've always considered my style rather niche, not something everyone likes. 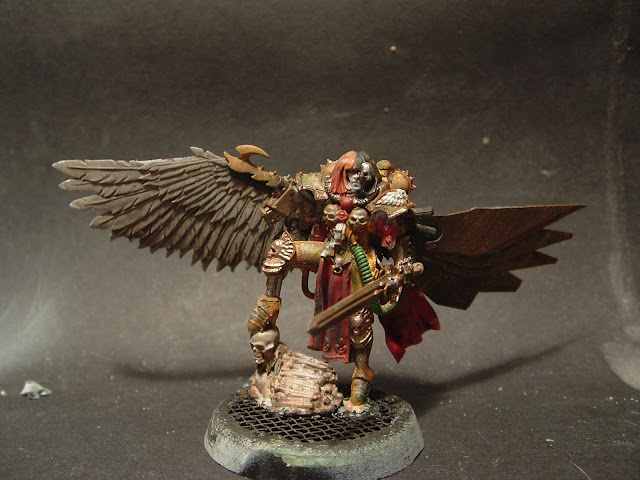 My guest post on BrokenPaintbrush was probably the best article I've written. 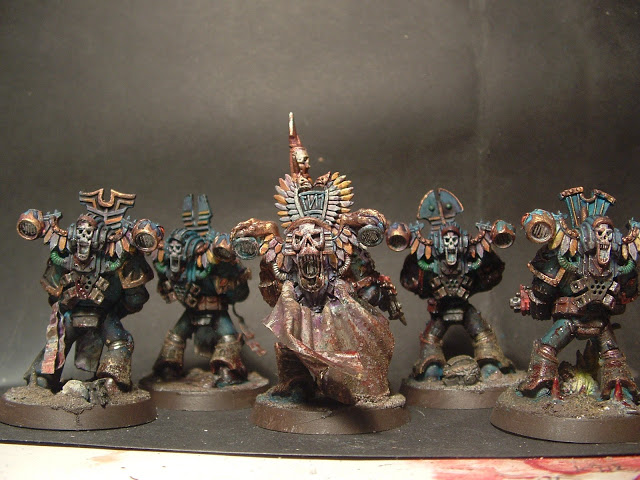 Bolter Drill should reroll 2's as well ;) No, seriously, I'd like infantry's jumping between floors fixed. It'd make hive-fighting way more fun if the game could go up and down with less bother. 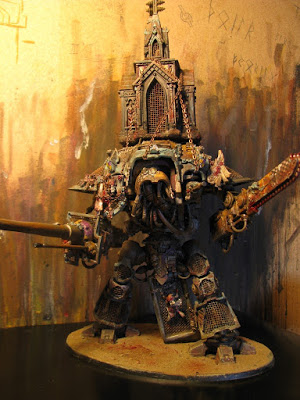 It was going to be legiones Astartes until Imperial agents came out, so as soon as I can cobble together an Inquisitorial rabble, it'd most likely be witch hunters! 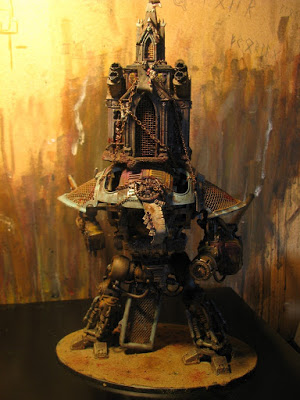 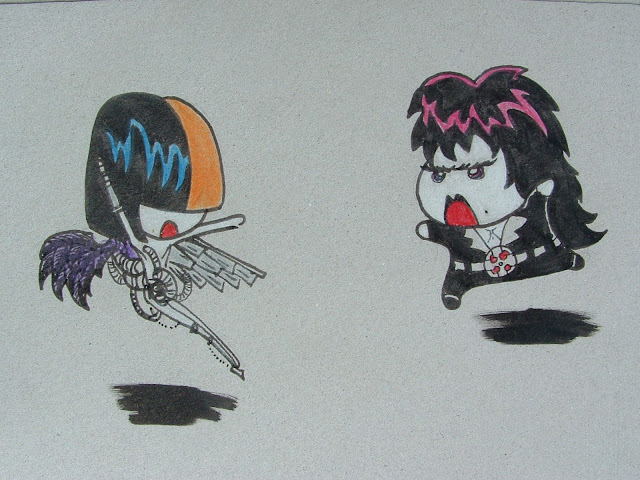 Don't be scared of trying new things. If you're comfortable in your methods or your conversion skills, it's time for a little push. Also, drybrush runefang steel over gold and shade with a violet wash!

Some competitive players I've seen are such rule-buffs they quite forsake lore and story. Casual. 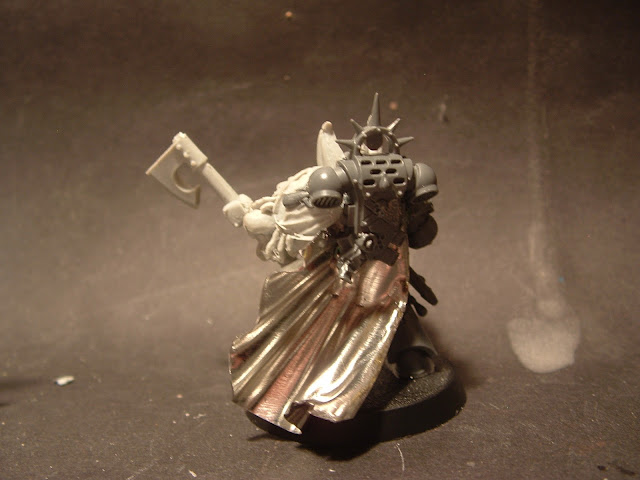 Nintendo! My nana bought Super Mario 64 when I was four-- the first foray for me and my brother into the world of gaming in general.

I tried using an xbox the other month... much happier with Sony.

Thanks to D Power for taking the time to answer my questions. Be sure to check out "I'm Alone with a Dream" and give him a follow.

If you have a gaming blog and would like to take part in Better Know a Blogger, email me at corrm83@gmail.com. Thanks to a huge response from the community to take part in the series, I will be publishing a Better Know A Blogger article on Friday as well to help clear the backlog. I don't want people waiting for a month or two to see it published, plus all you readers need to find out about these brilliant blogs ASAP!