This week I have been focusing on finishing off my White Scars Librarian mounted on a bike. I started this back in April and needed to get it finished before some upcoming tournaments. 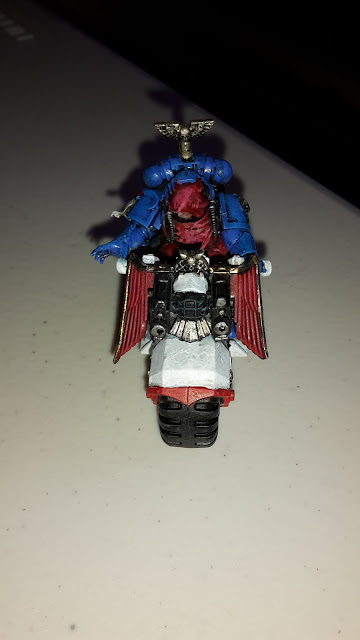 I decided to paint the robes of the Librarian red to match my other bikers and contrast against the White of the bike. I painted the robes a base of Mephiston Red, then gave them a wash of Carroburg Crimson and a highlight of Evil Sunz Red. This colour scheme matches the colour of the red of the chestplates on my White Scars. The Evil Sunz highlight was not light enough for my tastes, it didn't really contrast too well with the base red. I decided to do a second highlight of a mix of Evil Sunz and White Scar for the final highlight. This turned out a little more pink-ish than I was expecting, but it looked ok. 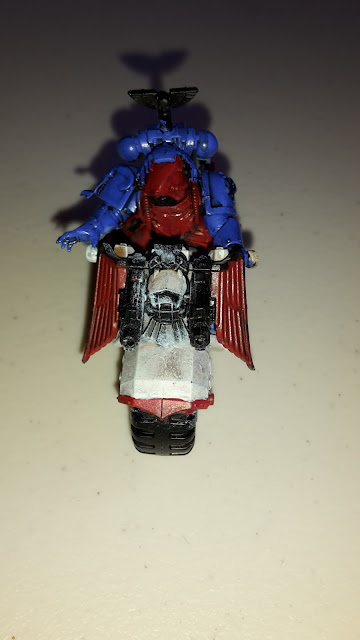 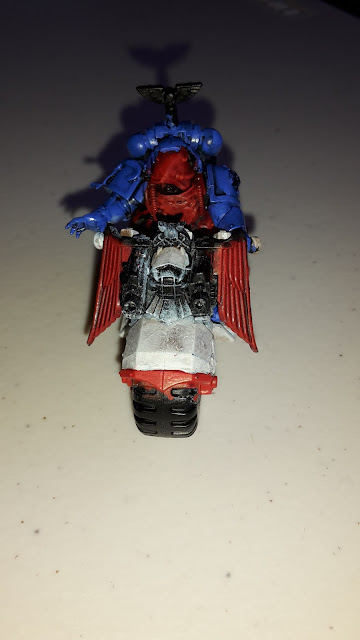 The armour was painted Ultramarines blue, with a Nuln Oil wash then a highlight of a 1:1 mix of Ultramarines blue and Ceramite White. The rest of the details were picked out in either black, metal or gold. 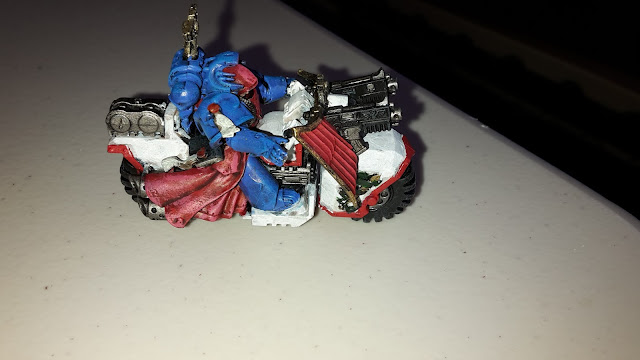 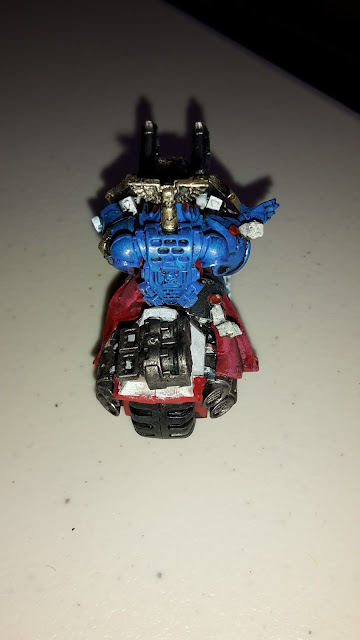 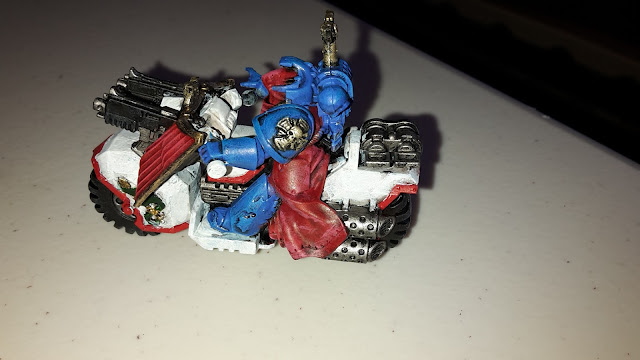 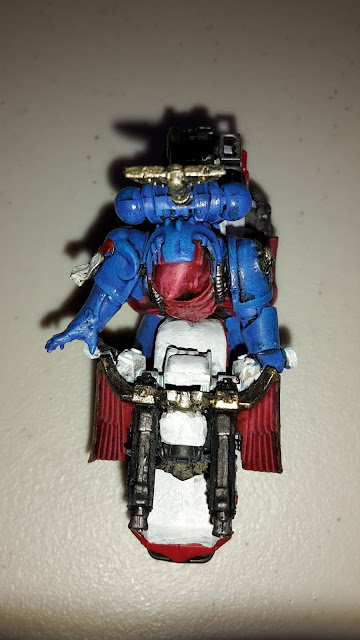 The Librarian is almost finished now. I just need to attach it to a base and add the transfers to the model (plus clean up a few little areas that I have just spotted in the photos).
With the Librarian almost done, I have some more units to finish off for my White Scars army by July:
I should be able to get these done on time.
﻿
Posted by Mike (St Andrews Wargaming) at 09:00