This week, I have been working on getting a unit of Scouts painted up for my White Scars army. I need the Scouts for my list for an upcoming tournament, so wanted to get a start on them before July. I painted the Scouts up to match my existing White Scars scouts, with the exception that these ones have camo cloaks.

For the camo cloaks, I decided to match the basing colour for my army, rather than go for a camo green look. This made sense as obviously the camo pattern would match the ground where they were fighting. I was also inspired by Rob's Scout squad to try and add some static grass to the cloaks in order to break up the colour and add a visual splash to the model.

Anyway, here are some photos of my work in progress and the finished models. 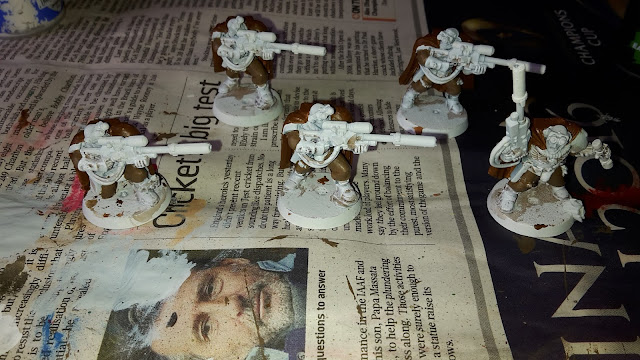 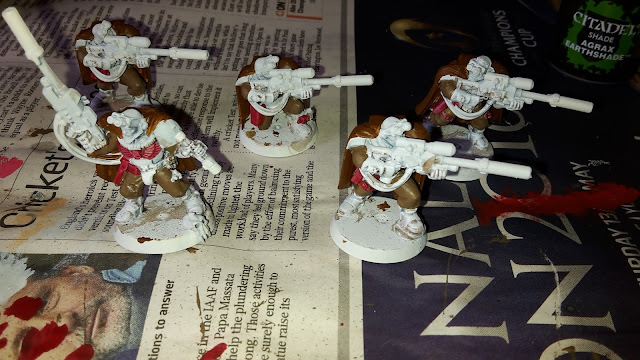 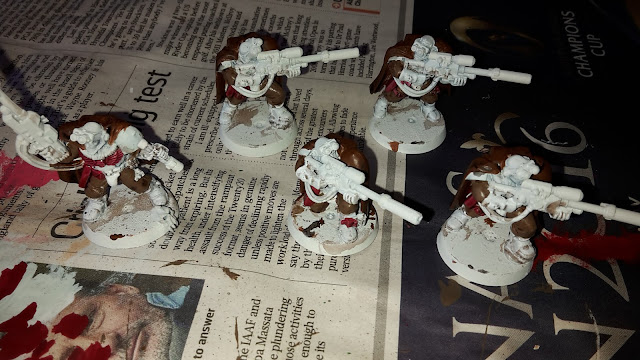 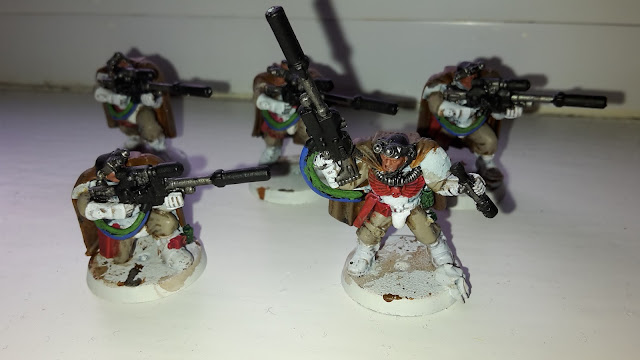 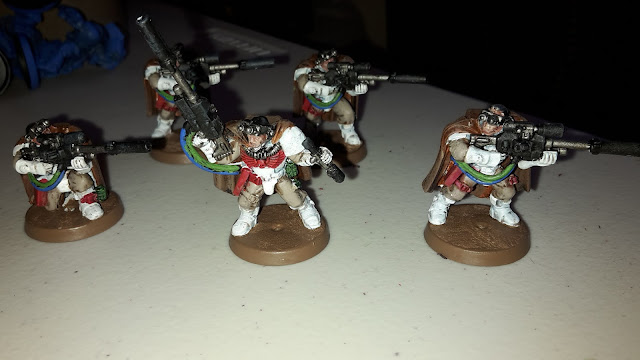 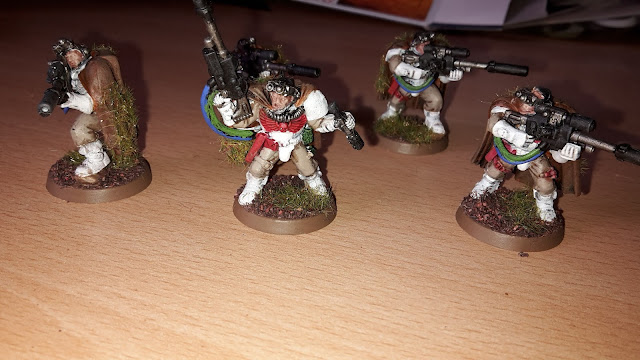 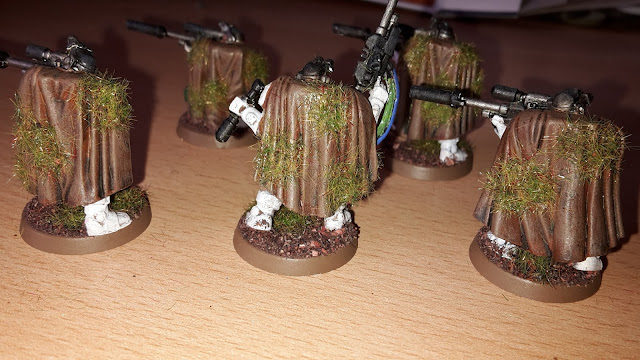 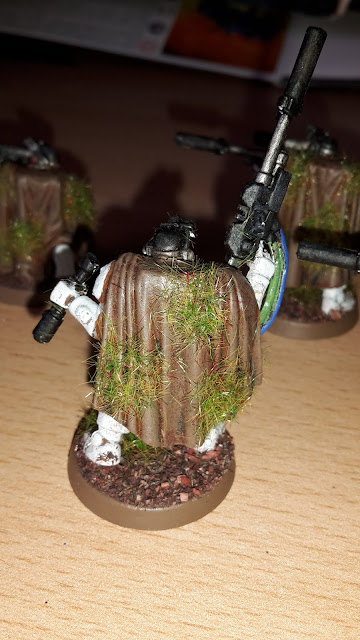 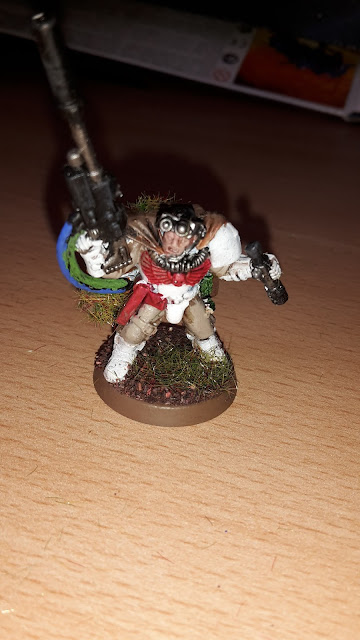 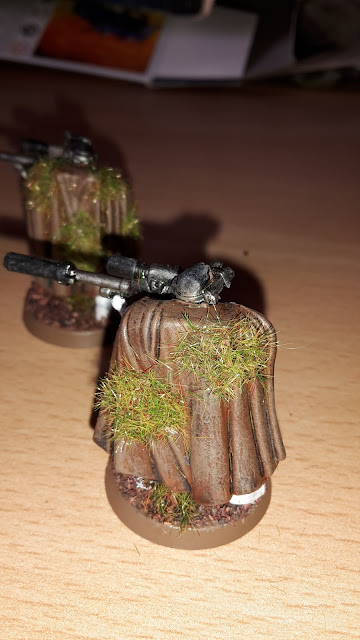 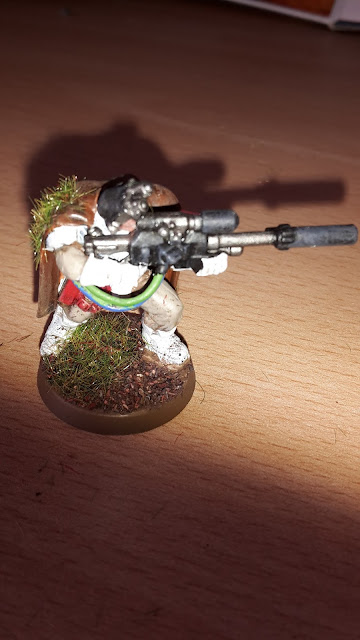 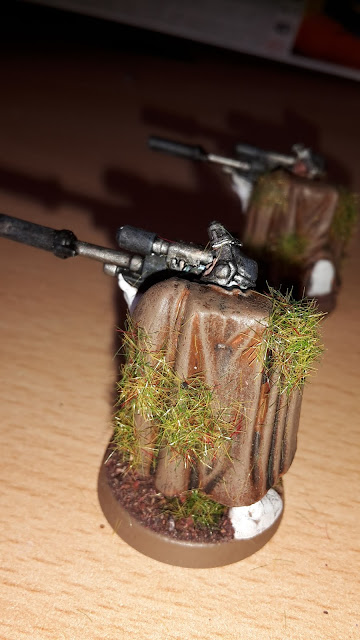 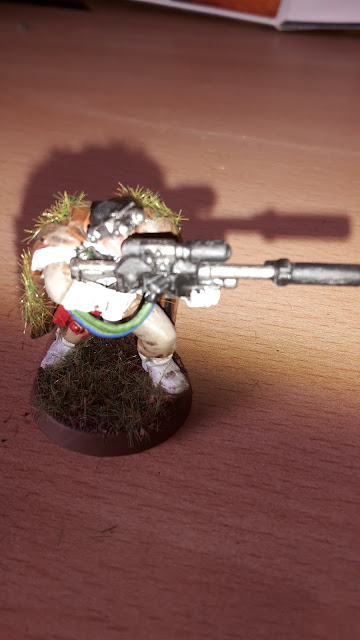 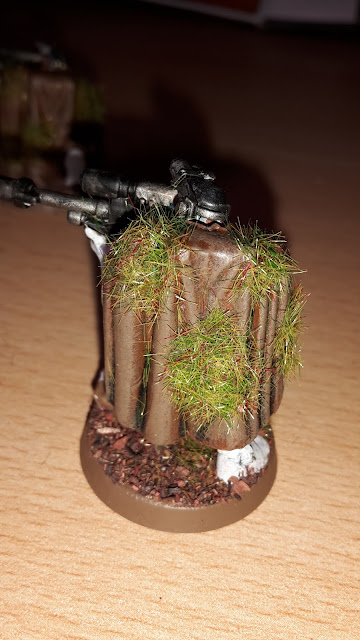 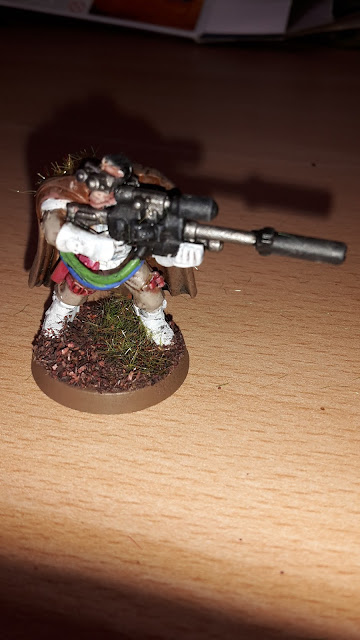 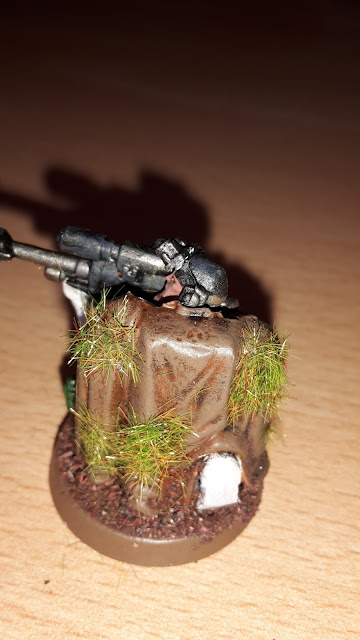 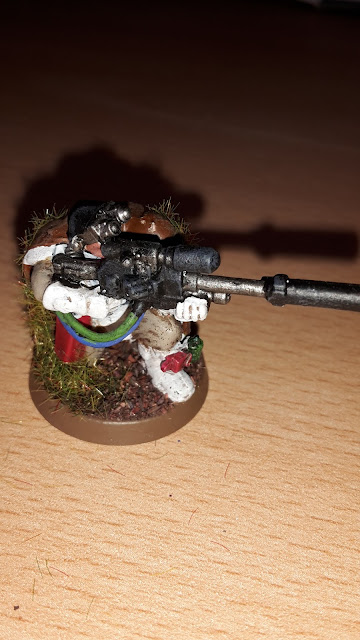 I got these models from ebay, so they were already fully assembled when I got them. If I was to do them again, I would paint the cloaks separately from the model (if possible) as it was really tough to get them painted once they were attached (you can see some gaps in the photos, which the white undercoat really does not help with!).

With the sniper scouts and Librarian out of the way, my to do list for Caledonian Revolution now looks like:
I will keep working on getting them finished as I playtest my army and see if changes need to be made. ﻿
Posted by Mike (St Andrews Wargaming) at 09:00