This week's Better Know A Blogger features Cylde from Mastodonica.

Cylde got in touch with me about taking part in Better Know a Blogger, and I am glad that he did! Mastodonica is a blog written in Spanish, so I generally wouldn't have bothered attempting to read it otherwise. That would have meant missing out on some awesome painting skills from Cylde. Translating the page into English actually does a pretty decent job, allowing me to follow along with most of the articles.

Cylde also took part in Squaduary and Monster March, producing some epic models to add to the challenge. 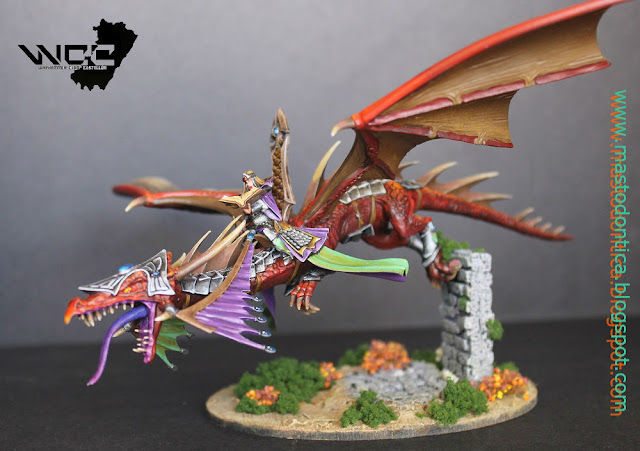 Most recently, he has been highlighting his work on Adeptus April, another month-long hobby challenge to get a squad of Marines painted up. 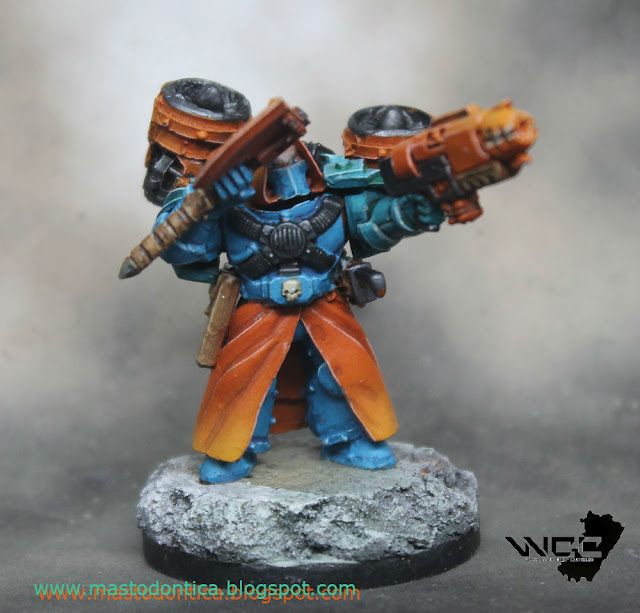 Here are Cylde's answers to my questions:

1. What age did you get into gaming and what started it off?
It’s a long time since that moment, but I was nineteen or twenty, don’t remember that exactly, maybe it was 1979 or 1980. My friends and I started playing RPG’s at university, after that Magic the Gathering and board games and seeking for magazines of adventures I found one with a little toy. That was Spanish White Dwarf nº 18 (1995). Then I started with high elves and later with space marines. When I left university I changed my city due to my job, and when I returned four years later, my group was broken, I got married and children came. But I never gave up painting. Now I found other people who play 40k, and we have a wonderful group of friends. And my armies are still growing. 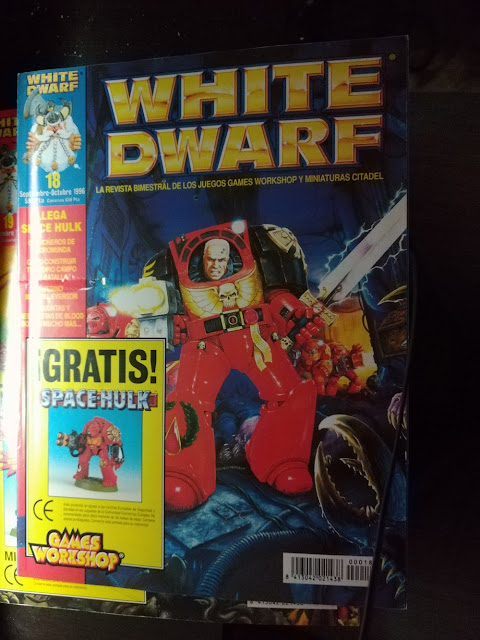 2. What was the first model you ever bought/painted?
My first model was the free space hulk terminator with Spanish white dwarf nº 18. After that, I bought some Bretonians. The first I ever painted. 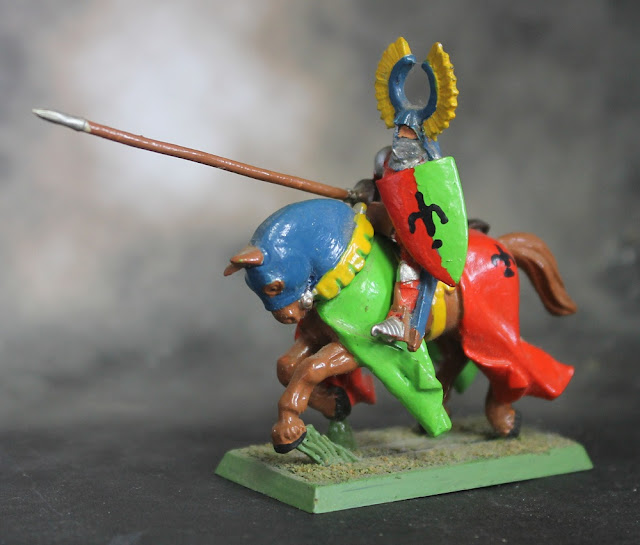 3. What is your favourite aspect of gaming?
Painting. Playing games is fun, but painting and collecting is my favourite. And scenery.

4. Fondest memory in gaming?
Many. I remember a tournament where I needed 7 six's to negate an invisibility power. I got nine. Next turn, I needed nine and I got ten. My opponent had a funny face (I need to get you to start rolling my dice- Mike). 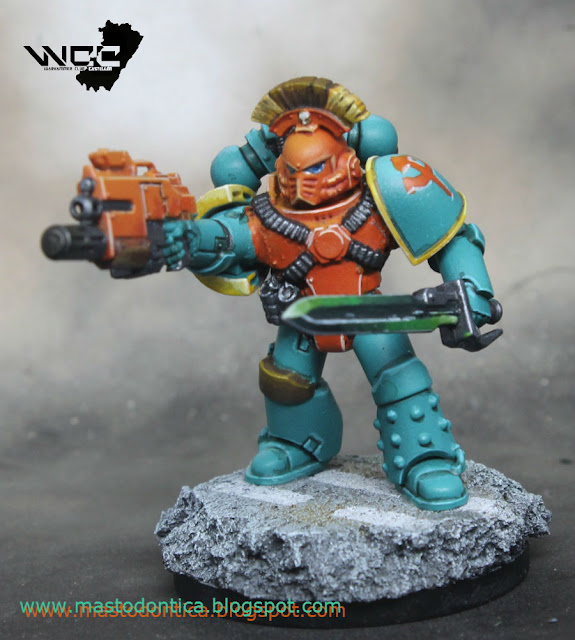 5. What are you working on right now?
I’ve just finished an elven dragon for AoS (Monster March challenge) and I must paint a space marine librarian for a friend. And the never ending project of painting a whole space marine chapter. I own more than 1000 marines, most of them unpainted, but I need vehicles now, and more room. 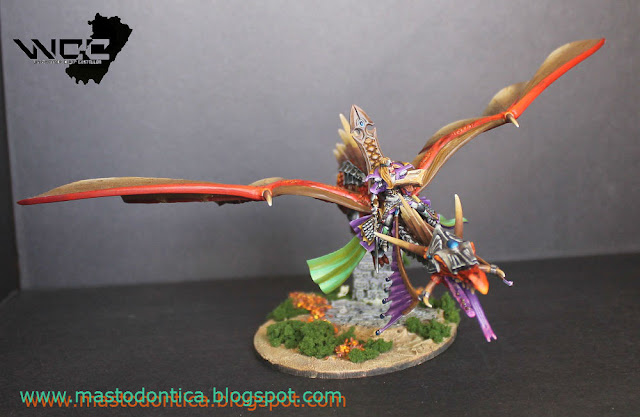 6. When you are not conquering the tabletop, what do you do?
Family, job, and reading sci-fi or medieval history.

7. What would you say about your blog to someone who has never read it to draw them in?
Come in and get comfortable. This is just painting, making scenery, a few stories, and overall friends. 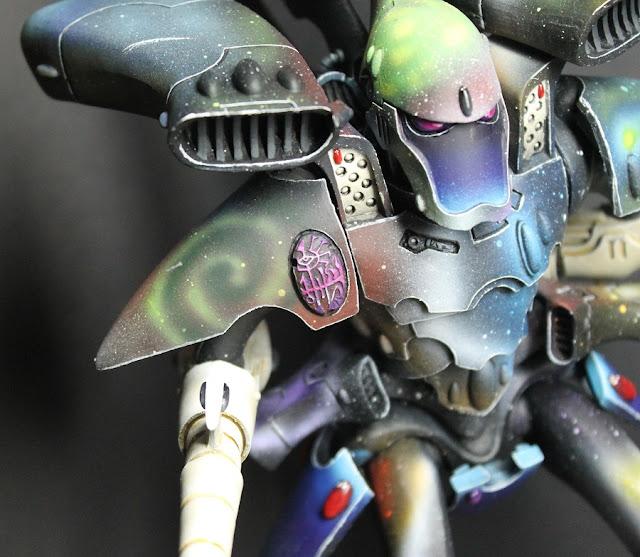 8. What is your favourite article that you have written?
“How to build a cardboard house: easy, quick and cheap.” It is a very simple tutorial of how to build a simple house to fill our battleboards. Another one I have to mention is “Eldar project: Crisom Hunter Exarch” 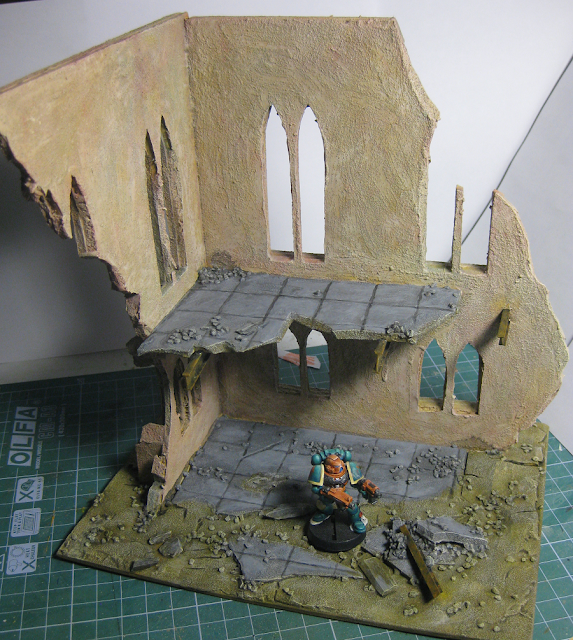 9. Which rule would you like to see changed or removed entirely?
I would change allies, and I would remove space marines summoning daemons.

10. Which of your armies is your favourite?
Space marines. But Eldar have a growing place in my heart. In the future, I want to build a little army of Astra Militarum based on colonial British, similar to games workshop praetorians and some scottish guards (I loved the look of the Praetorians, one of my favourite Guard regiments- Mike).

11. Secret wargamer or loud and proud?
Proud, not loud, but I do not hide my hobby. I use it to get relaxed, so it has no sense to hide it. 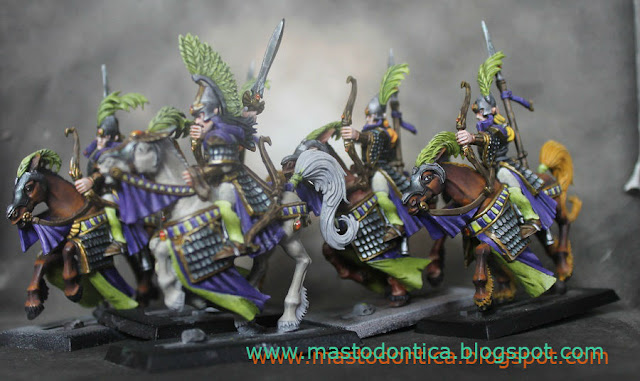 13. Tournament or Casual?
Tournament, but just a selected few. In my city there are no tournaments so I must travel, so I can’t do it every month, if I want to keep my wife and children by my side, of course. 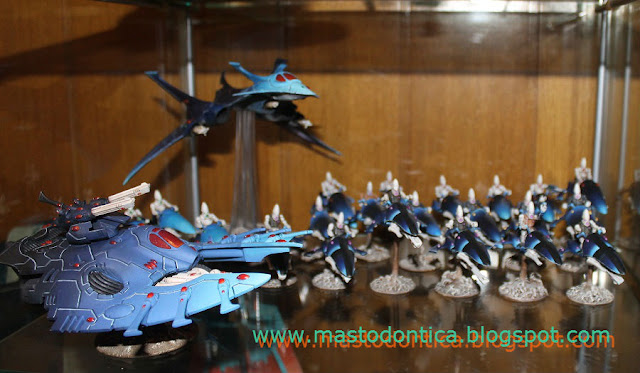 16. McDonalds or Burger King?
McDonalds, but not often.

17. Coke or Pepsi?
Cold alcohol-free beer. If not possible, then coke. 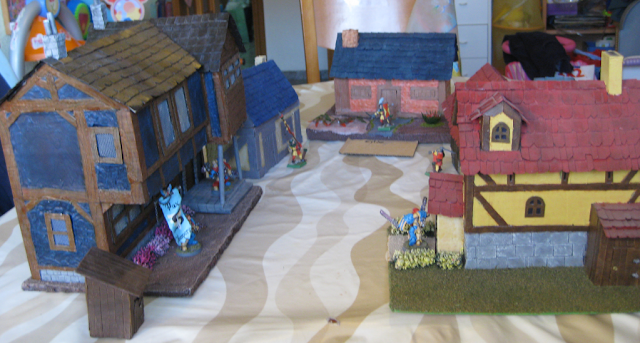 19. Why did you choose that, Nick?
Many people call me Clyde, maybe because they think in Bonny and Clyde. But is nothing to do with it. Cylde is how I named my first character playing Rolemaster, an RPG. In fact, it was Cyldear, more elvish, but my friends shortened it to Cylde. I also use Cylde Ar in some profiles, like facebook.

Thanks for Cylde for taking to time to answer my questions. Be sure to check out Mastodonica!