I started painting up my Deathwatch marines this week, wanting to try some new techniques on them for once.

After undercoating them black, I had a go at painting the first edge highlights with Thunderhawk Blue. As you can see in the photos below, I am not used to this technique and my first attempts were pretty heavy handed. 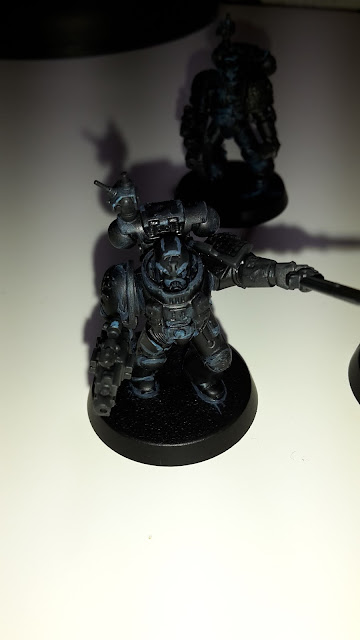 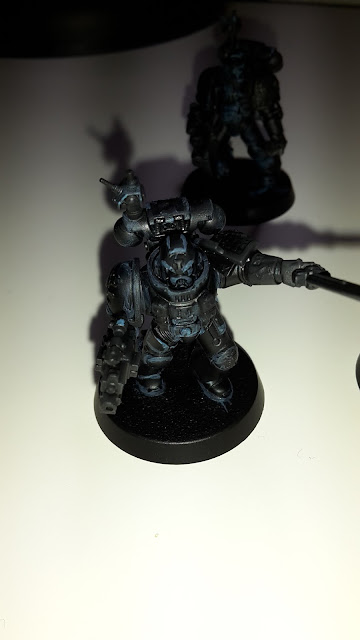 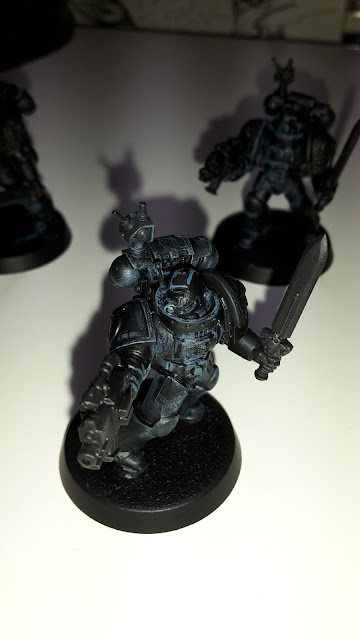 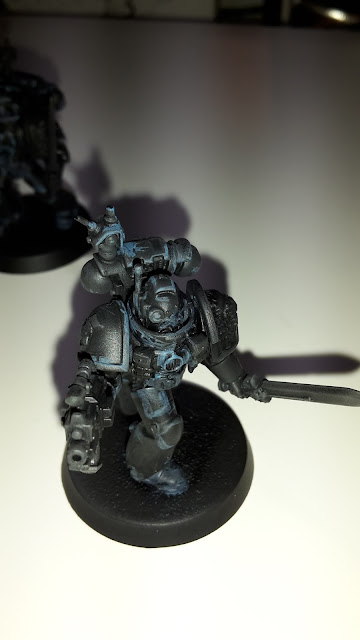 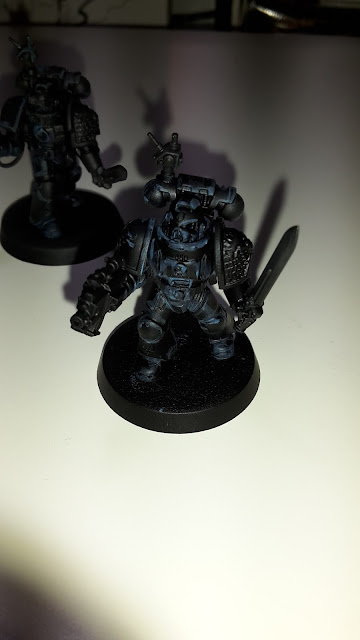 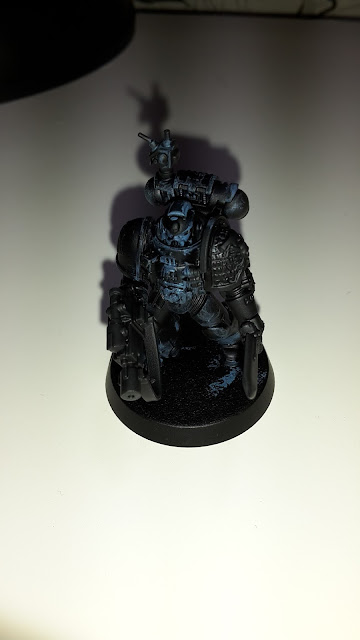 I decided they looked like crap and repainted them black to cover it up. I decided to do the first highlight with a drybrush of Thunderhawk Blue. I was much happier with this when it was done. 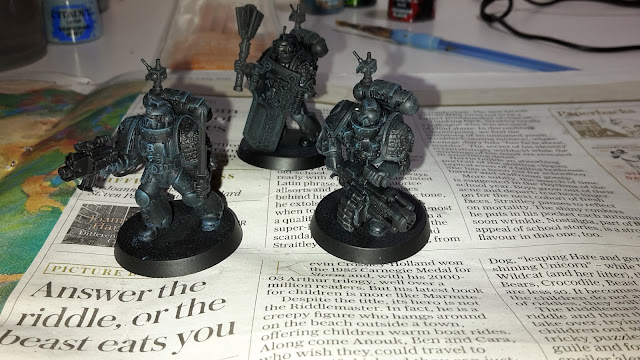 I then had another go at the second edge highlight, this time with Fenrisian Grey. I think it worked better than the first time, but I'm still not entirely happy with it. It still loos far too messy for me. 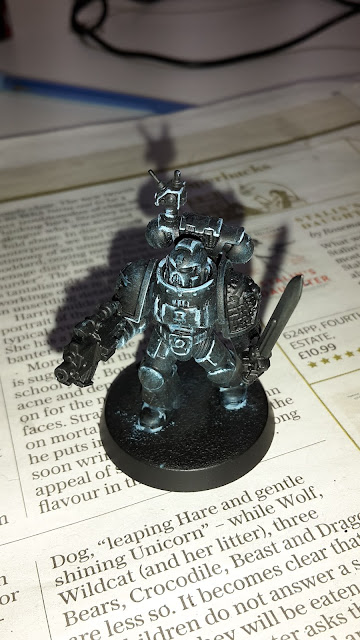 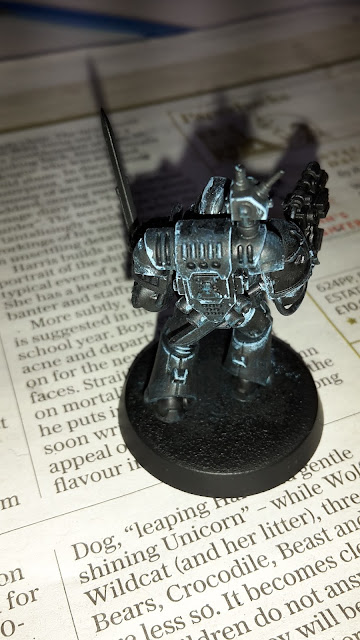 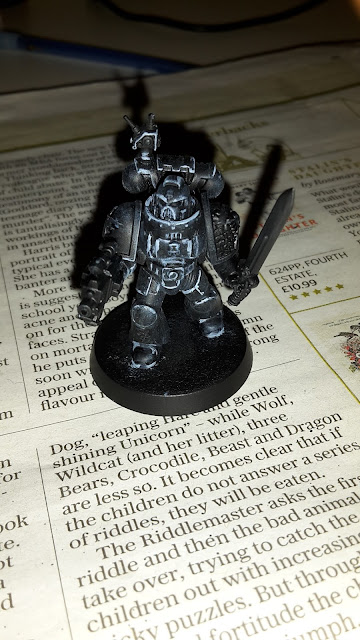 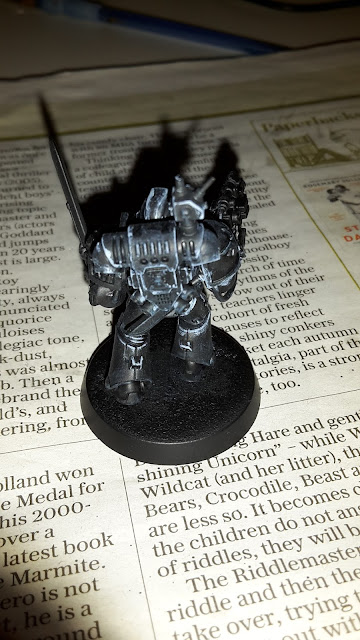 For the second marine, I thinned the paint a lot more and took more time over the model. I think this has improved it a little. 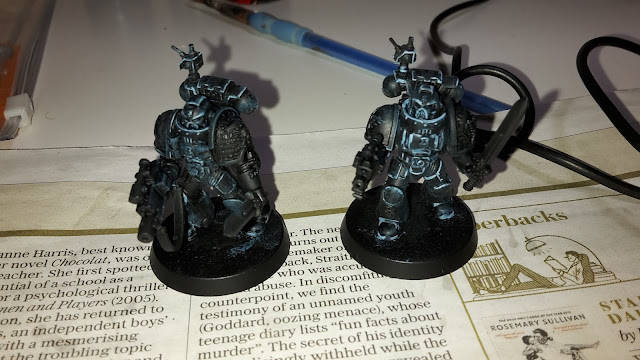 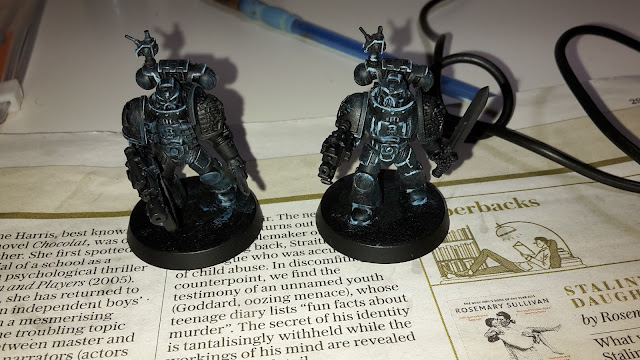 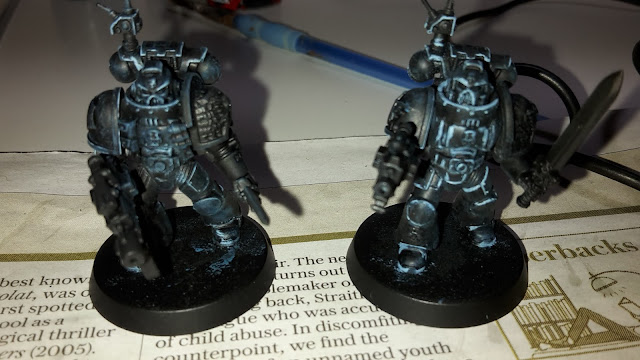 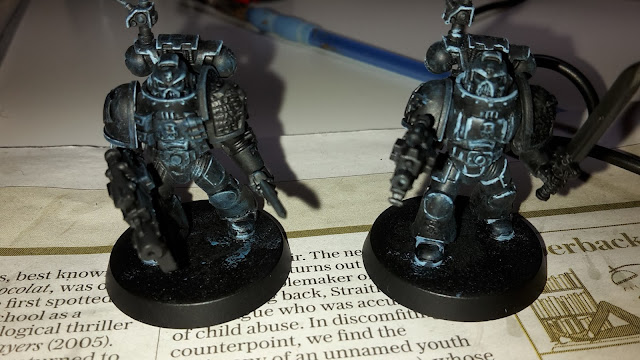 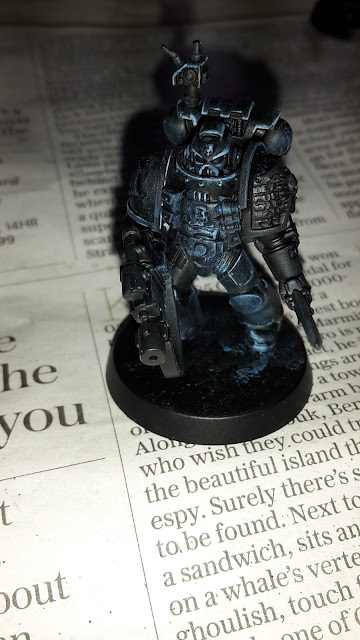 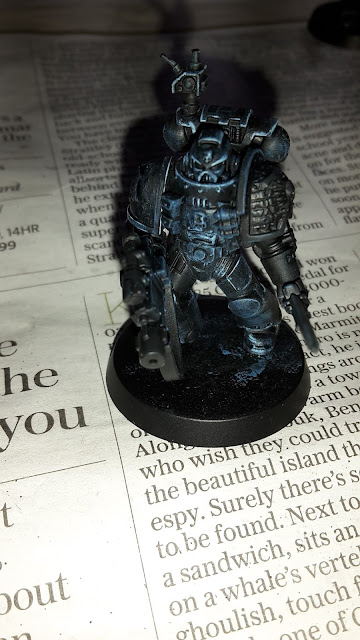 Anyone got any advice for improving this technique for my marines?
Posted by Mike (St Andrews Wargaming) at 09:00