Hi everyone, this week's Guest Post comes from Chris Rhode. In this article he talks about his top picks for Youtube channels for 40k video battle reports.


Hi again St. Andrews faithful! Thanks to your gracious approval of my last guest article I got to write another, and I sincerely hope that this one will be at least as useful and/or interesting to you.

So let's get right to it - I love batreps, you love batreps, and all of us especially love GOOD batreps, otherwise we wouldn't be on this blog right?

And without leaning myself too far out of the window I daresay most of us also enjoy a good video battle report. And by now there's also quite a few channels on youtube, so at times it can actually be hard to find the really good ones. By “good” I’m talking about things like decent lighting, non-garbled sound, and maybe even an engaging host and painted armies. As you can imagine, the creation of such high quality video batreps takes time, maybe even more so than written ones, so usually there’ll only be no more than one or 2 new releases every week. So, to fuel my batrep addiction, whenever I came across a new good channel I made sure to subscribe. And now I get the chance to promote my favorite channels here and you get to see some cool batreps - win-win situation I'd say!

First off I'd like to group my list of channels into 2 categories - ‘short form’ batreps and ‘long-ish’ batreps.

Now if you're anything like me you don't have unlimited hobby time, or at least not as much as you’d like. There's usually a job involved (to pay for new plastic crack), shopping for groceries and preparing meals (so you don't, well, die), daily hygiene (so other people will want to play with you) and maybe even a significant other (that has be placated every now and then unless you want to risk him or her pouring paint and super glue all over your Dark Eldar army. Yes, yes that actually happened and I know I mentioned it in my last article but even 10 years after there’s still some hurt feeling here. I mean, superglue, really?!).

So anyway, hobby time comes at a premium and at least for me that means I cannot watch a 2 hr battle report where you show me every single dice roll, and frankly, I wouldn’t even want to. Thankfully a lot of channels do some post-production now, and cut their videos down to a much more manageable 30 - 90 mins.

And without further ado I present: 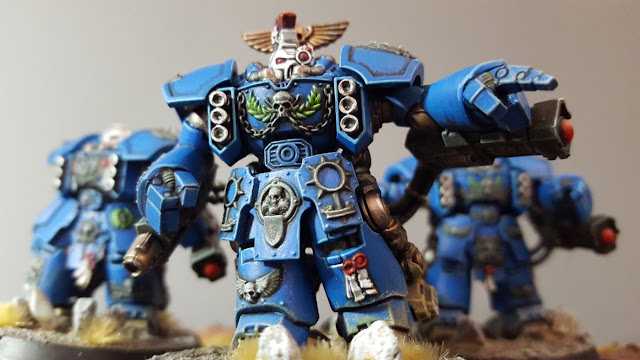 My absolute favorite in this segment is hands down Winters' channel - Winters SEO. Even though I have no idea what "SEO" stands for (senior executive officer?), I DO know that I love his channel to bits and his batreps (and other videos) are simply superb. Featuring very nicely painted armies, great scenery and my personal favorites in the realm of battle mats (gamemat.eu), it's hard to find something that could be done better. But the unique trait that makes this particular channel my favorite is Winters himself. The way the man tells the story of the battle, his tone of voice and the way he talks really draw you in. In fact I believe he'd make an excellent audio book narrator if he ever finds himself not liking his current job anymore.

From here on in no particular order: 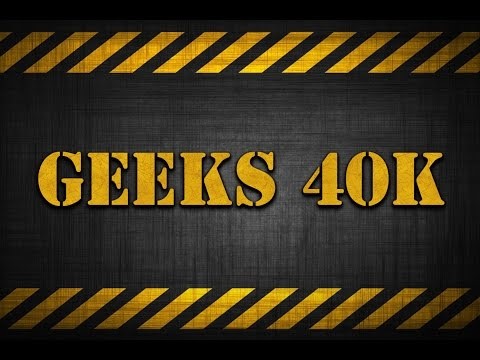 Geeks 40K features some really nicely painted armies with great terrain, and if you’re looking for some Horus Heresy batreps you’ll also find some of those here. Their armies include a beautiful Ultramarines army which is a chapter that I ordinarily don’t like all that much, but when seeing them here I can’t help but admire it. They also like to sprinkle in some Forgeworld units which personally makes me really happy because you don’t see these all that often in batreps. 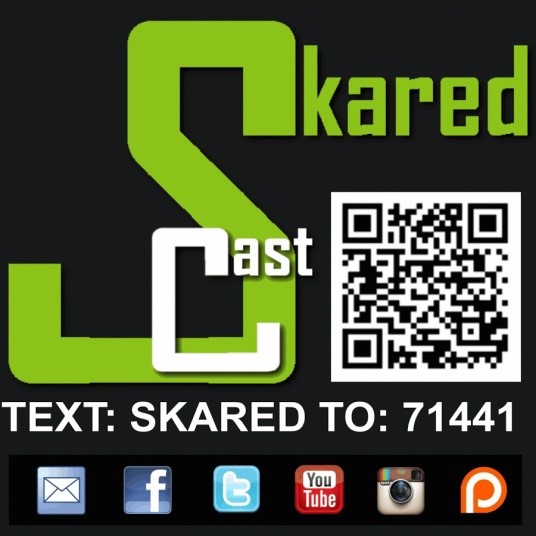 SkaredCast is a Dark Eldar focused channel, with occasional Harlequin, Eldar or Corsair allies mixed in. The host, Skari, oftentimes plays some unconventional lists which is a nice change of pace when as a Dark Eldar player nowadays you usually are best advised to stick to MSU Venom Spam.

Skari does a good job of explaining his tactics and ideas after each game which is nice when you’re a new-ish player. He’s definitely helped me personally as a player. 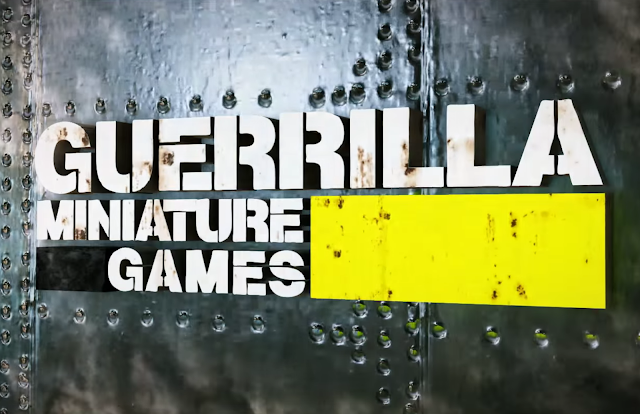 Guerilla Minature Games is my go-to choice for Infinity batreps. They do lots of other systems, too, from 40K, Battlefleet Gothic or Malifaux to lesser known ones like Frostgrave.

I personally like the Infinity ones best, and only recently realized that one of his regular guests “The Cooler” is also the highest ranked Infinity players in Canada, with another guest being No. 3 or 8 in the US, I believe. So yeah, if you’re interested in Infinity or other lesser known tabletop games you should definitely check them out! 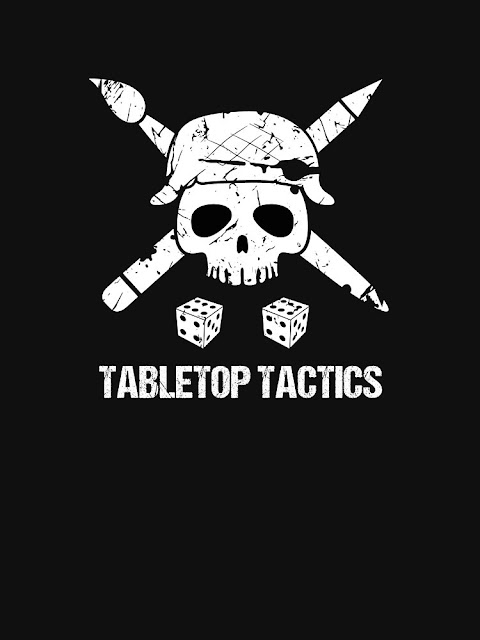 I think I first came across this channel when the host Lawrence won the first SN Battle Reports tournament at Gibraltar (and that was with Dark Eldar no less). At first I was put off by the length of their batreps, preferring Winters and company much shorter ones. Then, when the latter made a guest appearance at Tabletop Tactics I finally did watch one of their videos, and I was highly entertained. I have watched quite a few of TT's batreps since and look forward to every new one, even if it includes armies that don’t interest me a lot. Like Winters, Lawrence is an excellent host. He and his regular crew are super fun, engaging, and never pass up an opportunity to make fun of each other, which is hilarious to watch.

And again in no particular order: 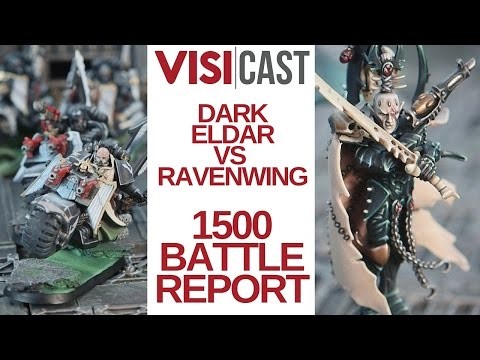 My FAVOURITE comment on youtube below a video batrep: “Normally these battle reports make me want to go and paint. Today's video makes me want to hit the gym....”. That was also the first batrep I’ve watched from Visi Cast, and yup, both players were quite, uh, buff. I found Visi Cast during my recent Necron crush and the host, John, is doing quite well with them even without a Lychstar. 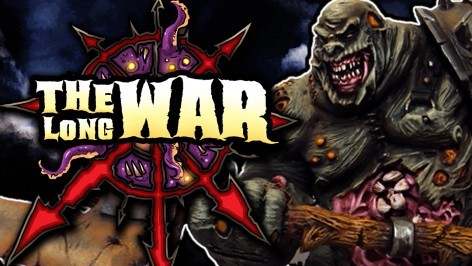 The Long War I found when coming across their unfortunately short lived series “Inside the mind of a tournament player”. This mini series takes us through 3 games playing a Chaos Space Marines/Chaos Demons tournament army and explains to us why he executes his moves in a certain way, and why he makes certain decisions (Game 1: https://www.youtube.com/watch?v=Cq3MiuGgaZo)

There’s also another batrep that jumps out at me when I look back which is one where Astra Militarum play against Chaos demons, again with fairly competitive armies. The train of thought behind those armies has always been interesting to me (even if I found actually playing some of them myself fairly boring).

With their provocative tagline “we play and call it work” miniwargaming has been on my radar for some time, but not until their recent Genestealer Cult batreps I have actually given them a better look. Personally I would especially recommend all of Matt’s batreps as the others are a tad too much on the comical side. Their terrain is top notch (floating mountains anyone?!), their armies are painted and especially the aforementioned GSC series is REALLY good. In this particular series of batreps Matt goes from facing fairly tame armies to progressively stronger ones, ending up with a nasty tournament list to battle against. I won’t give anything away but all of them are a must see if you’re interested in this cool new army. 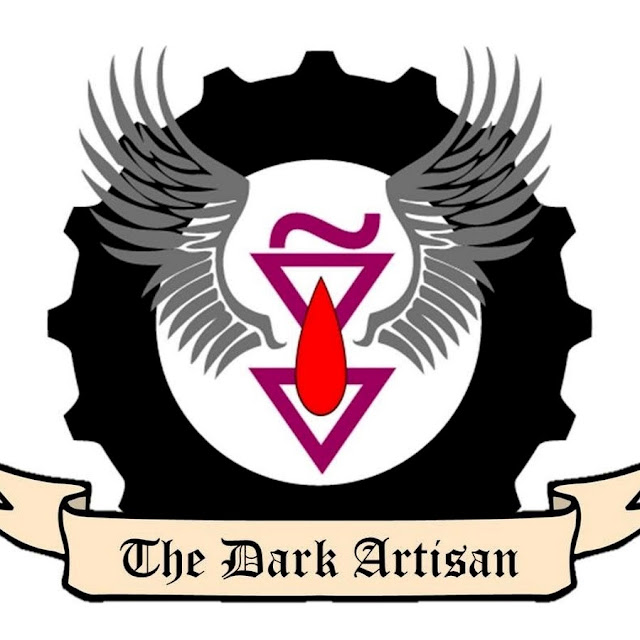 With his memorable voice Harry narrates his battles very well and he also does reviews and painting tips. His channel is definitely worth a look. 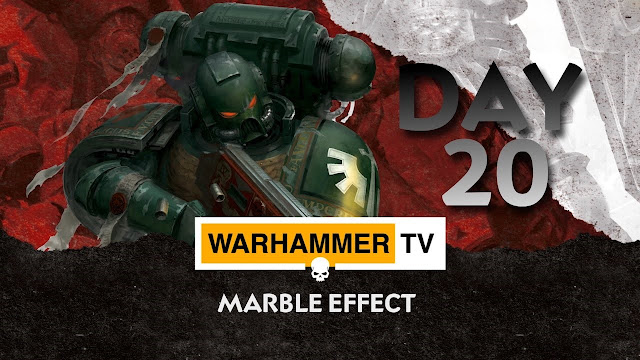 Recently more and more active, I especially like the short painting videos Warhammer TV puts out. I can really recommend them if you’re looking for, well, pretty much anything in the way of painting 40K miniatures. There’s even 30K color schemes and using the technical paints, and all of that is clearly explained and produced at a high level.

No battle reports here but with all the lamenting about what GW is doing wrong, this channel is not one of those things. The painting tutorials are very good, with host Duncan being a likeable tutor.

So there you have it, many hours of enjoyable video batreps! I’m sure amongst the listed channels there’s something for all of you and if you like you can leave a comment below and let me know of YOUR favorite youtube channels and what you like about them!