This weekend, I will be attending Rapid Fire 2015- a local tournament run by Stirling Wargamers. This is a two day event, featuring six games of 40k against what I imagine will be some very tough competition.
For the tournament I have decided to take my White Scars as I feel they have a lot of mobility necessary for objective grabbing and can bring a fair amount of firepower to the table with access to grav weapons and other goodies. The list will be based on my Blog Wars 9 list, but with some modifications with the release of the new Space Marine codex since then and some new purchases. 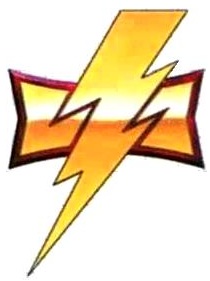 
Khan
Pretty much an autoinclude in any White Scars list, Khan joins the army once again. He is a fairly decent character, with Captain stats and an AP3 power sword that has the chance to cause instant death. He also provides a nice buff to the army with morale re-rolls within 12" thanks to his new warlord trait.
His main utility in the army though is to provide Scout to many of the units in the army. Allowing the bikers and Rhino to scout or outflank should provide some good tactical flexibility in the force and allow me to adapt to different situations or go for early objective grabbing. I have learnt from experience that leaving Khan out of a Scars army is not ideal and you can suffer thanks to it. 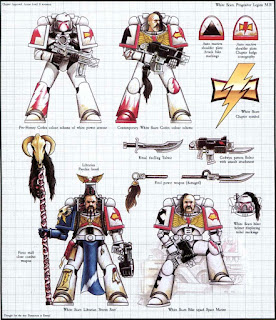 Librarian
One change from my Blog Wars list was to drop the Chapter Master and replace him with a Librarian. The Chapter Master is a solid character, but he did not perform well for me at Blog Wars. I think he needed to get in to combat more where his power fist and 2+ save could be more effective, but I don't really have a hard hitting support unit for him to join.
I decided to take a Librarian to help support the Centurions. I have seen how effective this combo can be playing against Luke's marines at Blog Wars 9 and at a recent doubles tournament. The Librarian will most likely use Divination, mostly for guaranteed access to Prescience. Re-rolls to hit and to wound on grav centurions should provide a fair amount of damage against any opponent. If I get lucky I may also end up with the Invulnerable save or Ignores Cover powers too. I thought about taking Telepathy, but without guaranteed access to Invisibility, I find the rest of the power a bit lacklustre compared to Divination.
Command Squad
One change is the inclusion of the tooled up Command Squad. This build is an internet favourite and should hopefully provide a unit with a lot of firepower and some good durability. Four grav guns should give them the ability to deal with a lot of threats on the board, as well as to harm any vehicles they may come across.
The Storm Shields are there to offer some protection to the unit without the need to Jink (for fully effective grav gun fire) and the Apothecary should add some additional durability. They also get an extra attack each, so should be able to hold their own in combat against weaker opponents.
Bike Squads
No change here from my Blog Wars list, I took three 5-man units, two armed with grav guns and one with meltaguns, the sergeants all have meltabombs. These are the core of the army, providing good mobility, durability and firepower to the army. The meltagun unit can go tank hunting when required and all the sergeants have meltabombs to help deal with any vehicle threats or monstrous creatures.

Tactical Squad
No change to this unit either. Armed with two meltaguns (one of which is combi) and a drop pod, their role depends on the mission and enemy army. The meltaguns and meltabombs are to deal with any vehicle threats at close range, the drop pod allowing them to get close and with sight on any vulnerable side and rear armour.
Being objective secured, the drop pod will probably try and land within claiming range of an objective, forcing the enemy to deal with it or give up the objective. The one change to the unit is that I will probably combat squad it in the drop pod. This was a tactic used very effectively against me by Luke at Blog Wars and I want to copy it. By combat squadding the unit, I can use the meltaguns to deal with any armour or other threats and have a second squad fire their bolters at a separate target or go after an objective. This provides me with an additional scoring unit and another target for the enemy.

The squad did not perform too well at Blog Wars, but I still think it is a useful addition to the army.

Scout Squad
Again, no change from my blog wars army, the 5-man scout squad in the Landspeeder storm return. This squad was great at blog wars, hunting down drop pods thanks to the sergeant's meltabombs and having great mobility to grab objectives or avoid the enemy's guns.
In the new codex, the Cerberus launcher has gone up to S4, so it should hopefully cause a bit more damage. Another bonus of the speeder is to disrupt deep striking near my army. A few opponents had to get out of range of the speeder rather than risk double scatter on their pods.

Stormtalon
The flyer also makes a return. I like this unit, it provides some decent firepower as well as anti-air capabilities. It can also go into hover mode for some late game objective grabbing.

Attack Bikes
More tank hunting capability for the army, the multimelta gives a range bonus over the meltagun that should hopefully allow me to get in the half range for the melta rule. I would have liked to have these two as separate units, but the composition of my army would not allow it. These will be used to annoy the enemy, taking out vehicles or grabbing objectives.

Devastators
This unit makes a return, but at reduced size from 10 to 5. Armed with 4 missile launchers, this unit should add a bit more firepower for taking out heavily armoured threats or provide blast markers for dealing with horde armies, something my army may struggle with. They have a Rhino for increased mobility or for using as a shielding unit or objective grabber.
They will most likely hang around the deployment zone, using their range to fire at enemy threats.

Centrurions
One of the most disappointing units in my Blog Wars 9 army, the changes in the new codex should make this unit more effective this time round.
One of the biggest problems with the grav centurions at blog wars 9 was the unit being neutralised or eliminated before they got to do anything in the game. They provide a big threat if left unchecked and most of my opponents had to focus on them before they could fire. Mounting them in a drop pod should solve this issue as they will be guaranteed to get at least one turn of firing before they can be wiped out (barring any drop pod mishaps). The Centurions now also benefit from Hit and Run in the White Scars Chapter Tactics, so it will be harder to tie them up in combat to neutralise them.

Adding a Librarian with Prescience to the mix should make them even more reliable with re-rolls to hit and to wound. They should hopefully be able to deal with any Imperial Knights, Wraithknights, Riptides, etc, before they can cause too much damage to my army.

Army Overview
So that is the individual unit in my army, I will now look at where I see the key strengths and weaknesses of the army:

Mobility
One of the key aspects in winning missions is mobility (a topic recently focused on by Nick in a recent article on army building- winning and mobility).
My army has a lot of mobility in it, with all units either being mounted on bikes or having access to a transport vehicle. Bikes are great as they provide high mobility and no loss in firepower for this mobility (unless Jinking).

Objective Secured
My army has access to 7 objective secured units (8 if I combat squad the tactical marines), many of which are highly mobile. This is an invaluable special rule and I hope to make use of it during the missions.

Firepower
With plenty of grav and melta weaponry, my army can put out a fair amount of firepower each turn. The twin-linked bolters and prescience from the Librarian should help to boost damage output too. My army is definitely more focused on shooting than on assault.

Combat
My army may struggle when it comes to combat. Khan has decent stats and weapons and should be able to handle himself against any mid-level characters, but will probably fall quite quickly to dedicated combat units or warlords. The rest of the army will struggle a bit in combat, but hopefully the higher toughness of the bikers and army-wide Hit and Run should limit the damage the enemy can cause in combat.

Formations
I considered taking a battle demi-company in the list. This would provide the command squad and centurions with objective secured. However, in order to have access to objective secured bikers (at least, more than one unit), I would need to take a second mounted character. As I wanted the librarian to go with the Centurions in the pod, this was not an option.
I think the army is strong enough without needing to rely on formation bonuses, but I do worry about coming up against the dreaded "free transports" dual demi-companies or Decurion detachment.

Tau
I think my army will really struggle against any Tau armies that I face. Their high strength weapons and large access to Ignores Cover are a real pain for a bike army to deal with. I don't think I will be facing the new Codex in the tournament, but that still leaves the pain of Markerlights and Supporting Fire in the old Codex (I really hope these get toned down when the new one arrives).

So, that is the army that I will be running. Let me know what you think and if there are any tactics I should be using to deal with the enemy army.
﻿
﻿
Posted by Mike (St Andrews Wargaming) at 09:00