With my White Scars command squad and Librarian being finished last week in preparation for Rapid Fire 2015, it was time to turn my attention to my Dark Angel's flyer.
With Blog Wars X fast approaching at the end of the month, it was time for me to get cracking with painting my Dark Talon. I had previously magnetised the flyer in order to be able to field both variants. Having never magnetised anything before, I was quite pleased with how it turned out in the end, but now it was time to get painting.
What I love about Ravenwing is that once the undercoat is done, a lot of your work in painting the model is essentially finished as the major colour in the army is black. I started off by giving the metal areas a drybrush with Boltgun Metal to pick out the details.
Next, the areas to be painted white (the wings, Ravenwing symbols and Dark Talon iconography) were given a coat of Dawnstone grey. In the case of the iconography, this was drybrushed over the black undercoat. 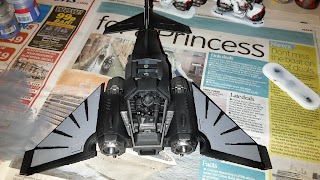 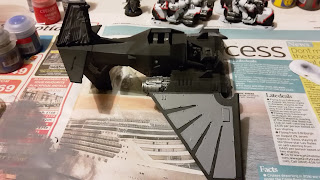 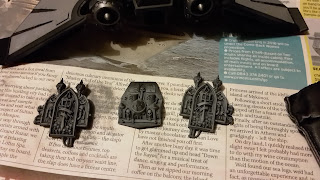 Next, the iconography was given a drybrush with white to give it a stone look. The Ravenwing symbols and wings were given several coats of white to provide a more uniform appearance (one coat of white was too patchy for my tastes, it took about 3 coats in total to get a colour I was happy with.
After that, the smaller details were picked out; the censers on the iconography were picked out in bronze, the missiles were painted red and the control panels were coloured.
Once the details were picked out, it was time to highlight the flyer. Using a flat paintbrush, I picked out all the edges of the plane in two shades of grey- mechanius standard grey, followed by Eshin Grey.
With that, all that was needed was to flock the base and my two flyers were done.
The Dark Talon: 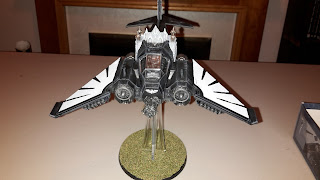 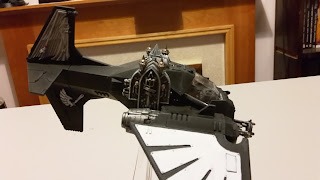 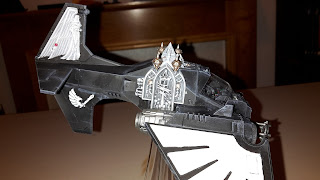 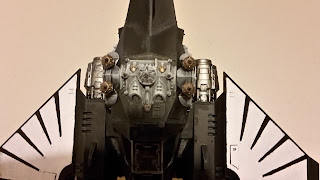 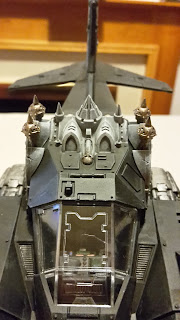 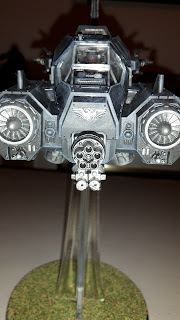 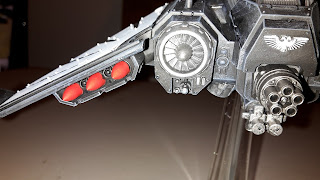 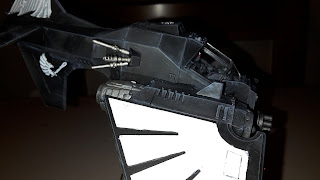 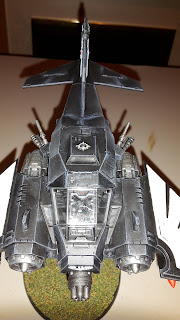 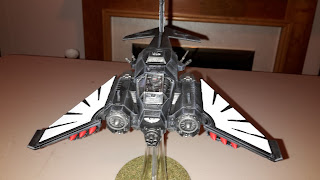 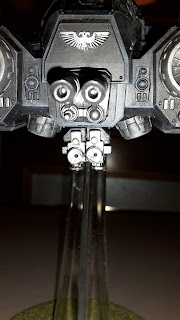 So with that, my army is now ready for Blog Wars X. I will be posting my revised list at some point in the following two weeks and hopefully getting in a last few practice games before I head down to Stockport. ﻿
Posted by Mike (St Andrews Wargaming) at 09:00