This week's Better Know a Blogger features Rory from "Stepping Between Games". 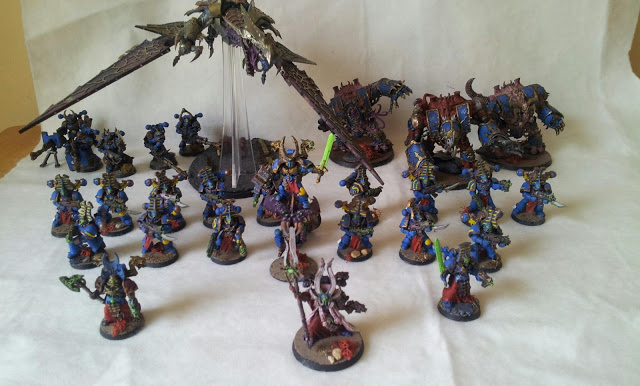 ﻿
Rory has been a regular commenter on my own blog and I began to follow his own blog a while back. Rory writes from the lovely Emerald Isles (Ireland to the rest of you) and his blog has a strong focus on the progress of his Thousand Sons Chaos Space Marine army. You can find regular updates on Rory's work in progress for many aspects of his current army, the most recent additions being his Daemons and Forgefiend.


As well as his own work, Rory's blog features a lot of community building articles that are well worth checking out. These include army showcases when he comes across some great looking armies online, highlights on Kickstarter projects that could be of interest to other gamers and a number of guest articles on a variety of topics including Malifaux and a 40k Hrud army.
His most recent work has involved his attempted to scratch-build a Chaos Imperial Knight. Quite a daunting task, I look forward to seeing how it progresses.

Here are Rory's answers to my questions:


1. What age did you get into gaming and what started it off?
I think I was 13 or 14 when it really starting to pick up for me. I was lucky that I had a friend equally into the more quirky things in life, indeed he went on to become a fantasy writer, Paul Shortt. Together we played games of Hero Quest and Space Crusade, including a lone Gretchin taking out a Space Marine captain, the shame... Since then tabletops, boardgames and LARP have kept my gaming life busy. 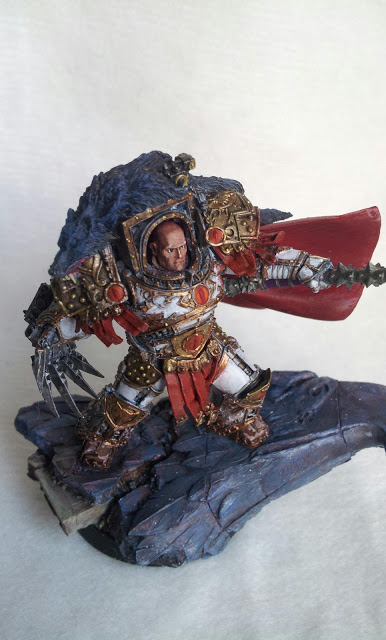 2. What was the first model you ever bought/painted?
I couldn’t tell you exactly but it would be for my second edition Space Wolves, yes I know I played the Wolves and play the Thousand Sons now. I still have them around somewhere actually, I will have to take some pictures when I dig them up. My painting, such as it is, has come a long way since.


3. What is your favourite aspect of gaming?
I’d like to say gaming, but as a number of bloggers know I haven’t had a game for 15 years (I can't imagine going that long without a game!- Mike). I will eventually break that streak. The fluff has kept me going for many years and I strive to improve my painting and modelling constantly. 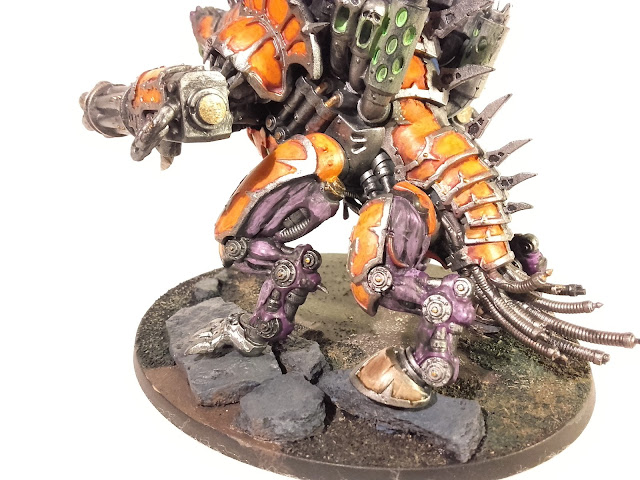 4. Fondest memory in gaming?
I do remember epic tales of my Wolves clashing with friends' Eldar and Ork armies. But in all aspects of gaming, I enjoy the shared moments when everyone can sit back and go ‘wow!’

5. What are you working on right now?
My ever expanding Thousand Sons, The Host of Remembrance over on Stepping Between Games. It is limited mainly by my cashflow (hear, hear- Mike). 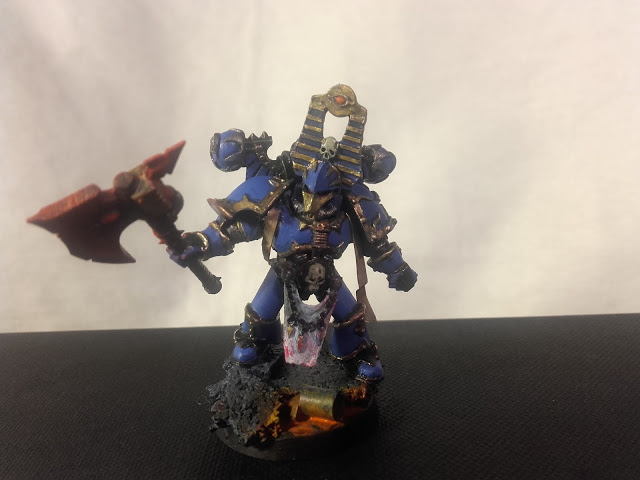 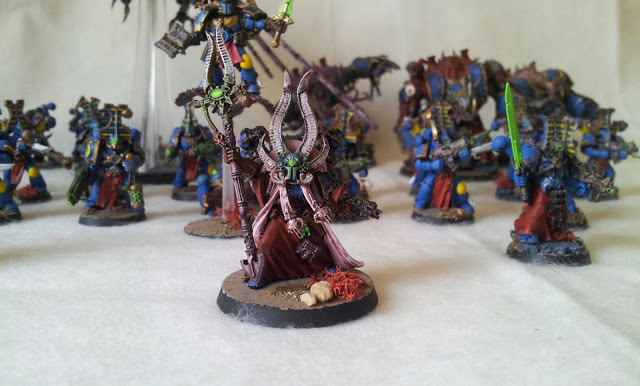 6. When you are not conquering the tabletop, what do you do?
Most of my free time is spent with my family, my Wife and two kids. Otherwise I like to LARP, both in Ireland and England. Combined with this I run the Irish team of the Men In Black, a team who demonstrate games to convention goes for SJ Games. In what little time remains, I design board games and try to sell them to various companies.

7. What would you say about your blog to someone who has never read it to draw them in?
“Come see the wonders of Tzeentch as he twists a mans mind!”

8. What is your favourite article that you have written?
I would probably say my work on Deadpool as a marine. I created him as a Cypher stand in and tried a lot of new things on him. The response was really encouraging. 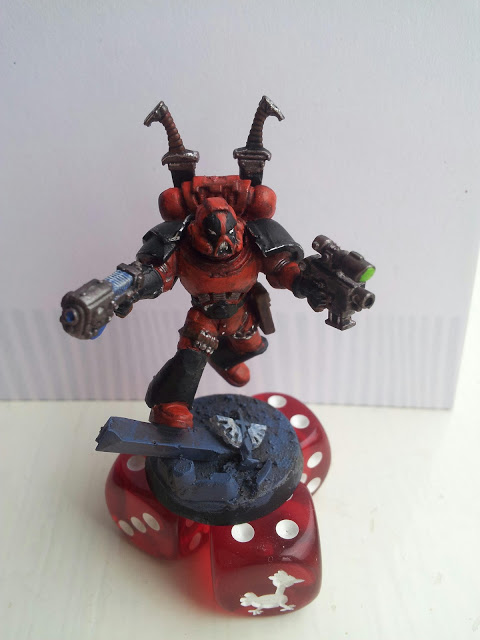 11. Secret wargamer or loud and proud?
Loud and proud wargamer, geek, nerd, LARPer and all. 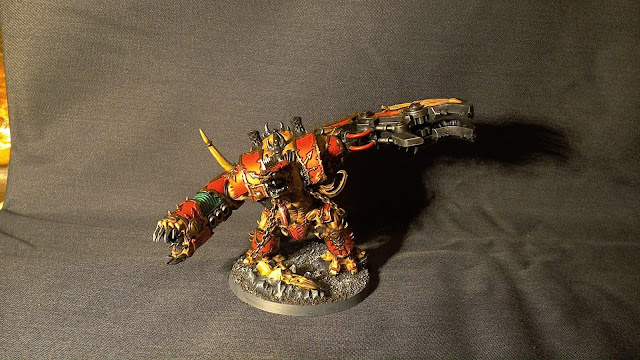 12. Any hobby tips or cheats to share?
Stick to one project at a time, you will get a lot more done in the long run. I wish I could take my own advice on that, the Host would be finished by now if I could.
13. Tournament or Casual?
Casual. I tied a tournament once. Not to my tastes. Plus I play Thousand Sons and cannot afford Forgeworld vehicles to counter the army's weaknesses. I should start a Gofund me campaign or something.
14. Nintendo or Sega?
Nintendo for the childhood memories. Although back then I had neither, my pride and joy was an Atari ST. A fancy one with a 1MB of Ram, aww yeah, check those specs! (please Rory, this is a family blog!- Mike)

16. McDonalds or Burger King?
McDonalds for a snack, BK if you want not to feel hungry in a half hour. More of a pizza man myself.

17. Coke or Pepsi?
Neither. If I had to go with a bubbly drink I'd go with a Dr Pepper. :) (Heresy!- Mike)
Thanks to Rory for answering my questions. You can find Rory on his blog, Stepping Between Games, and on twitter at @macantsagart
If you have a blog and would like to take part in Better Know a Blogger, please contact me at corrm83@gmail.com