Dan started his blog earlier this year, and I have been a continuous reader and follower since I discovered it on the 40,000 blogs Facebook page. 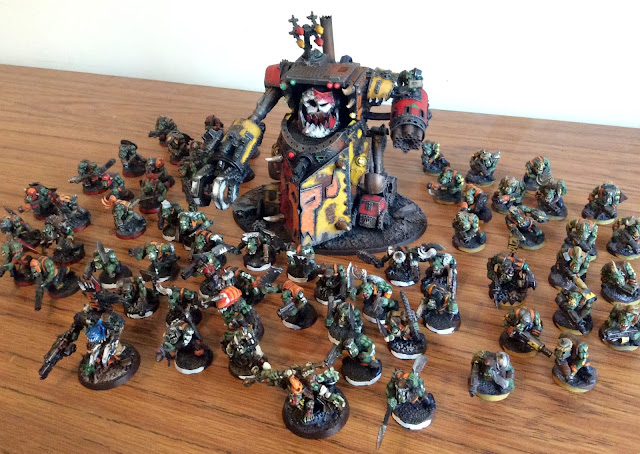 On Redtoof's Mostly 40k blog, you can find a great selection of content, including battle reports, hobby updates and codex reviews. He's also been featuring on a number of video battle reports recently, including a great game with his Tyranids against Winters SEO.

A great recent article was on tournament preparation, featuring some great advice on what to do when you are getting ready for a tournament, delivered in a humourous way.

Apologies to Dan for the late posting of this. I've had it sitting for a few weeks and just haven't had the time to put it together.

Here are Dan's answers to my questions:

1. What age did you get into gaming and what started it off?
I started getting into gaming at some point during primary school in the 90s and I was about 10 when a model shop arrived in my small hometown in Devon that stocked Citadel Miniatures. I instantly thought I wanted some of that and started collecting minis, mostly based on what looked cool. A little while later 3rd edition 40k came out and I got into playing the game ‘properly’, and I haven’t really stopped since. 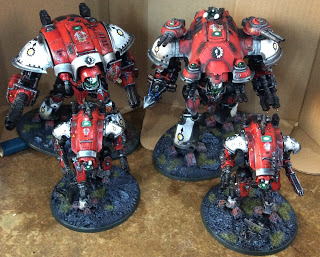 2. What was the first model you ever bought/painted?
First box of minis was the Space Marines Warriors of the Imperium set. A pack of 6 multipart plastic Marines with bolters. Very basic by today’s standards but at the time I thought they were awesome.

3. What is your favourite aspect of gaming?
I like all of it, but my favourite is playing the game, and more specifically, when playing the game and something weird or epic or hilarious happens. When the narrative shines through organically in the game and you can’t help but imagine what it would really be like. Like when a Chaos Space Marine Champion is run over by a Rhino. 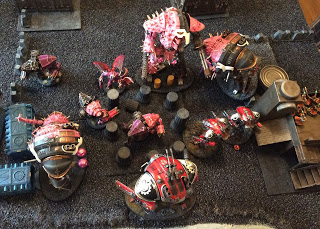 4. Fondest memory in gaming?
Tough one. I have many great memories, but I also feel like there are many more epic moments that just don’t come to mind right now. That’s partially why I started my blog, to try and record all the cool stuff that happens so that I could always go back and remember it fondly.

I think one of my top memories and also one that is very significant is when I went to a doubles tournament at Warhammer World with Dave Weston of the Confessions of a 40K Addict blog. At the time I didn’t really know who he was, but I asked on a forum for help after my partner dropped out and like the legend he is, he responded. We had a great time that you can read all about on his blog. It really reinforced the community aspect of the hobby to me and probably planted the seeds of blogging in my brain.

5. What are you working on right now?
Right now I’m painting up some terrain as a favour for the incomparable Winters SEO, who I support via Patreon. Some very cool MDF wall sections from Kromlech’s Tabletop Scenics ‘Orkenburg’ range. With any luck the terrain should eventually appear on his battle reports. Maybe one day I will get to play on it... 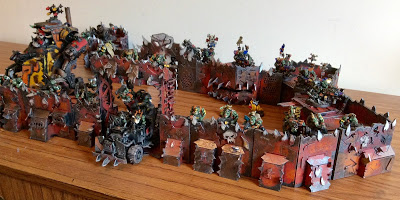 6. When you are not conquering the tabletop, what do you do?
I work as a lab technician in a chemistry lab where I do 12 hour shifts. This does give me lots of nice days off to do my nerd stuff. Obviously 40k is a big part of my interests but I also play a lot of D&D and sometimes sneak in some Bloodbowl or Necromunda or something. Also my wife, managed to persuade me to go LARPing a few times, where I play a halfling alchemist called Basil. By meme law I am obligated to also mention that I do Crossfit. I go to CrossFit Grimsby on a regular basis, where they are very accepting of fat nerds like me. After the best part of 2 years I’m pleased to report I’m now a slightly less fat nerd who can sometimes do a pull-up. 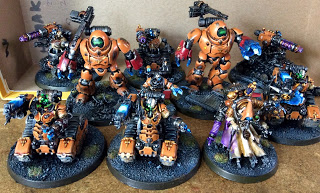 7. What would you say about your blog to someone who has never read it to draw them in?
First of all it’s only fair to say my articles are generally lacking in detail and my photos are not top quality. That said I’d argue that what I can offer is:
8. What is your favourite article that you have written?
I can’t decide, so I’m going to cheat and just pick the one that has the most views; the one showing my entire Tyranid collection, Splinter Fleet Goliath. 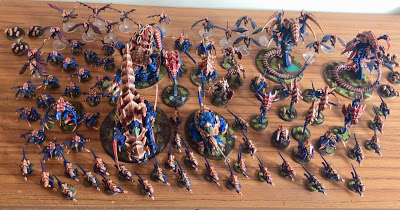 9. Which rule would you like to see changed or removed entirely?
Honestly a there are lots of things I’d tweak a bit, but not a lot I’d change massively in 8th edition. Probably the terrain/line of sight rules are the one glaring weakness. I’d go back to 50% obscured = cover and the abstraction of ignoring sticky outy bits like guns and horns for line of sight.

10. Which of your armies is your favourite?
I like all my armies, but I am an Ork player at heart. The Orks have not featured much on the blog (apart from my Gorkanaut) but once the Codex comes out expect them to feature in plenty of articles! 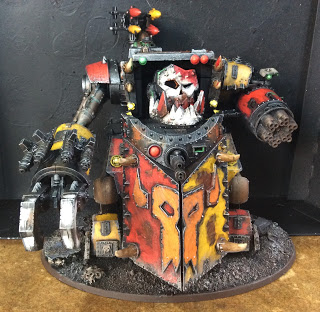 11. Secret wargamer or loud and proud?
Proud, if not loud. I don’t hide it but I’m quite a shy, socially awkward person (unlike every other wargamer...) so I’m not shouting about it from the rooftops either.

12. Any hobby tips or cheats to share?
Be efficient with your painting efforts. If it’s going to take you 6 months to paint 30 Orks, lower your standards for the boring ones and focus your efforts on the leaders or centrepiece models. If you can smash out those Orks to a basic standard over an evening, you can probably afford to put a bit more effort in on the key places like the faces or weapons. Learn how to get results you are happy with on a timescale you are happy with. Make the most of your talents and your time. 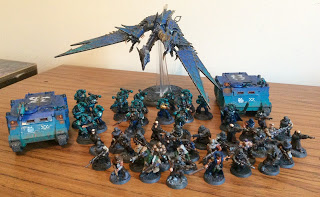 13. Tournament or Casual?
Both. I never play super competitively but I try to play smart and build lists ‘with some teeth’ as they say on Tabletop Tactics. I like a game with friends where you can have a chat and discuss the narrative of the game, but tournaments are a great way to meet new and old friends and there is no rule that says you can’t have narrative moments at a tournament. Incidentally the next tournament I’m going to is the Element Games Grand Slam in November, so if you are going maybe I’ll see you there? 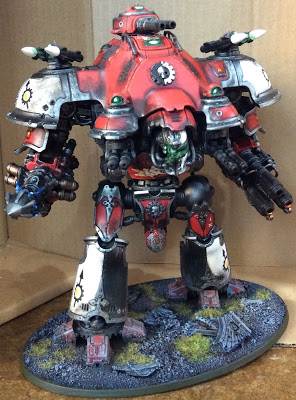 14. Nintendo or Sega?
Nintendo. I received an N64 for Christmas one year and I played on it a lot...

15. Xbox or Playstation?
Have never owned either. Did play Tekken a lot at Uni on the PlayStation so I’ll go with that. 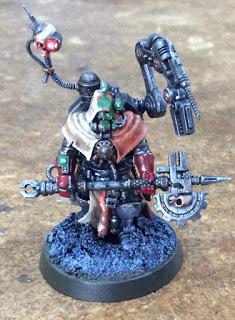 16. McDonalds or Burger King?
If I have to, literally whichever is closer at the time of asking. 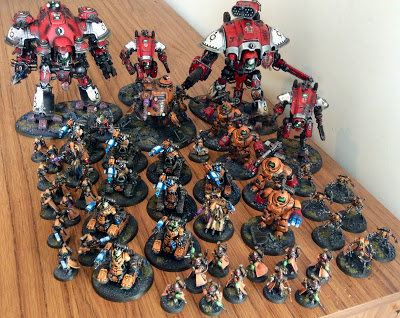 Thanks to Dan for taking the time to answer my questions! If you have a gaming blog and would like to take part in Better Know a Blogger, please get in touch (corrm83@gmail.com).
Posted by Mike (St Andrews Wargaming) at 09:00