With Dave (Confessions of a 40k addict) recently putting out the call for the 2016/2017 hobby season, this seemed like the perfect time to review my progress from the previous hobby year, based on my list of goals that I made up at this time last year.

1. Run a 40k Campaign
Done and done! This year, I ran the Medusa IV map campaign at my local gaming club. The 17campaign has recently come to a close, lasting almost an entire year! It featured up to 17 players in total and featured over a hundred battles to decide the fate of the Imperial sector. I will need to write up the final turn of the campaign and then do a review of it and where it could be improved. 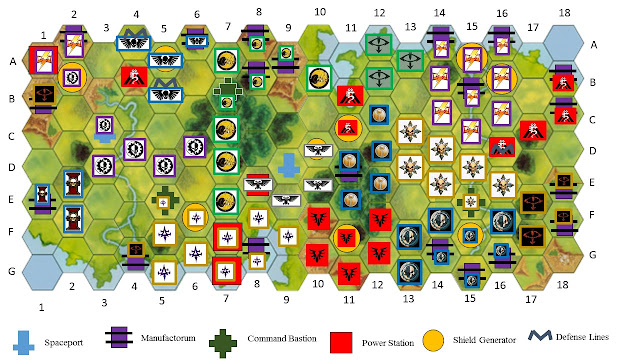 2. Attend more tournaments
Done. I attended 6 tournaments in the season 2015/2016. These were a lot of fun and gave me some great battle reports and content to add to the blog.

3. Paint my Stompa
This was not achieved this year. In fact, I tried to sell it off on ebay several times in the last year to no success. The lacklustre Ork codex and fact that the Stompa is not that great was not a fantastic motivator for this.

4. Play more games with my Orks
This one I did achieve. My White Scars certainly got most of my attention in the past year. As my tournament army, I played a lot of practice games to test out my lists.
However, I did manage to get some games in with my Orks and even took them to Alex's Double Trouble tournament. 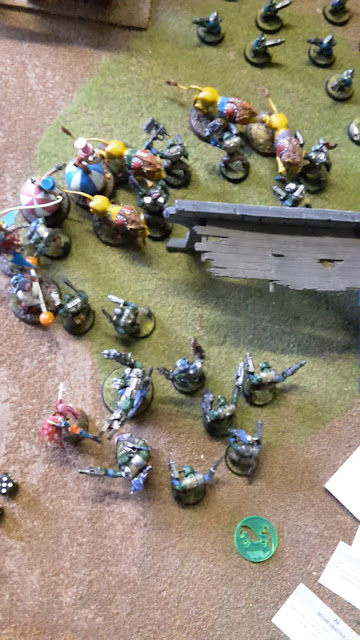 5. Try a new game
Done! This year, I finally got round to giving X-wing a try, thanks to Luke. It was a lot of fun and I will need to play it again at some point. I meant to write up a review of my experiences with X-wing, but never got round to it.

6. Vampire Counts Army
I never got round to completing my Vampire Counts army this season. I will hopefully be able to achieve this next season, as well as getting in some Age of Sigmar games. There has been a lot of positive buzz about Age of Sigmar at the games club with the most recent releases and the release of the General's Handbook, so now is a great time to play more games.

7. Meltagun Veterans
I never got round to making these or painting them during the year. A minor task, but one I kept putting off.

8. Zone Mortalis
This was another goal that I never seemed to get around to doing. The main stumbling point in this one is that it is a pain to transport to and from the club, so I never got round to using it.

9. Paint my Stormraven
Done! Not only did I get the Stormraven painted, I actually recently finished off my White Scars army. 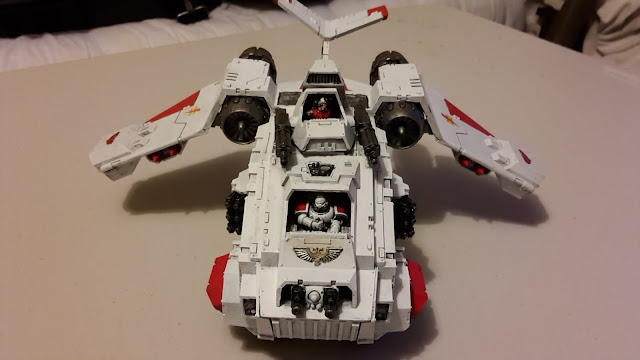 So that was my hobby progress for 2015/2016. Achieving 4 out of my 9 goals is not too bad, giving me just over 50% of my goals achieved. I will be putting together a post soon for my hobby goals for the next season.
Posted by Mike (St Andrews Wargaming) at 09:00