A happy valentines day to one and all! As my love for you all knows no bounds, I thought I would provide you with the gift of another hobby Sunday (what lucky people you are).
Anyways, moving on. After lasts week's foray into actually doing some hobby work, I continued with some painting that I had not got round to finishing. Back in September last year, I put together some objective markers and got a little bit of paint on them. I finally got back round to finishing them off this week. I didn't go too extravagant with them, just some quick drybrushing and washes to pick out the details. I finally added some transfer numbers so that they could be used in maelstrom missions. I now have two sets complete to donate to the local club to hopefully encourage people to play more maelstrom missions. 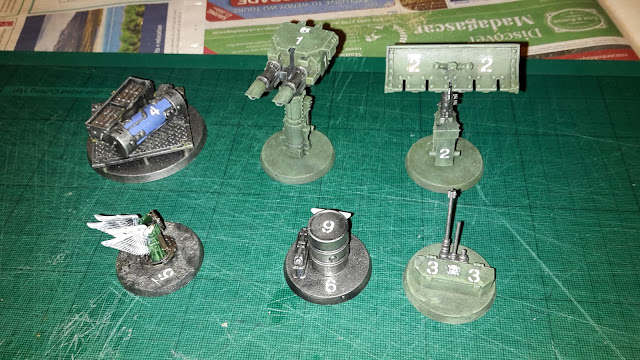 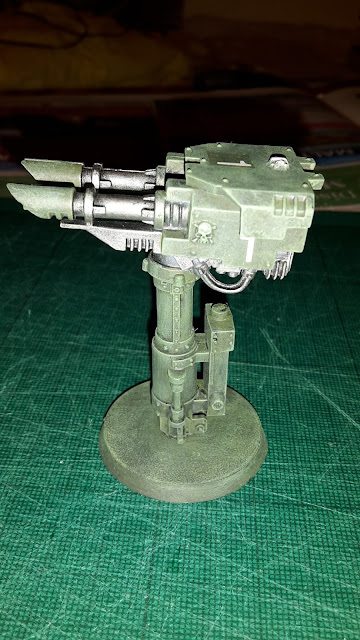 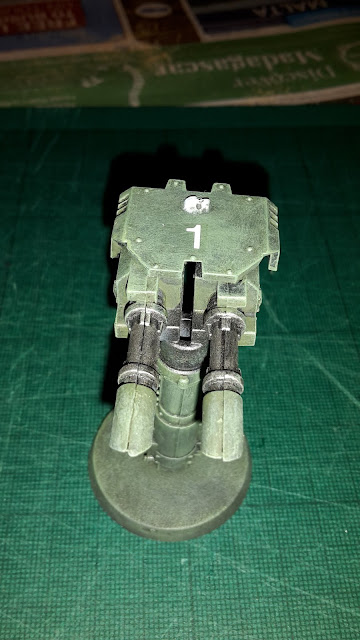 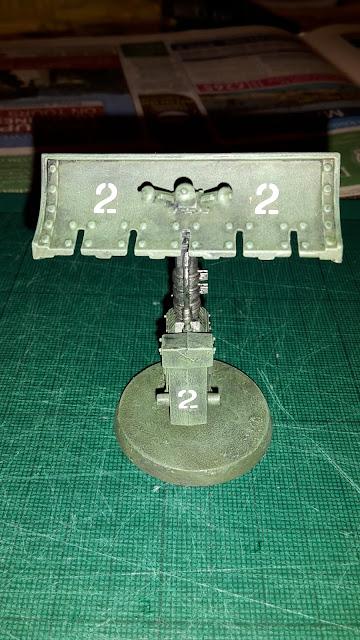 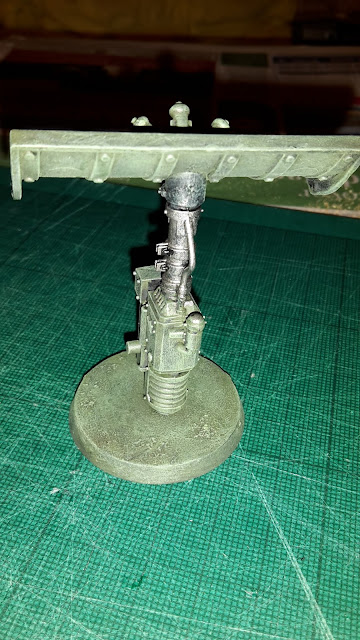 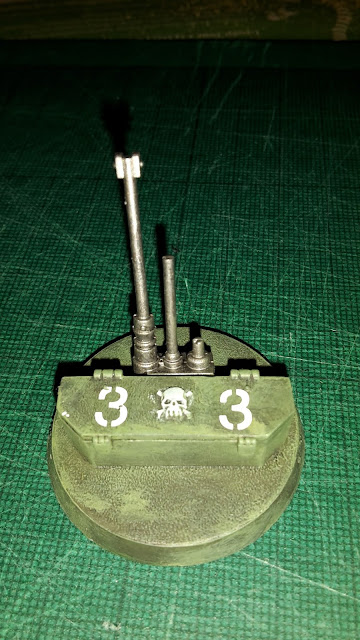 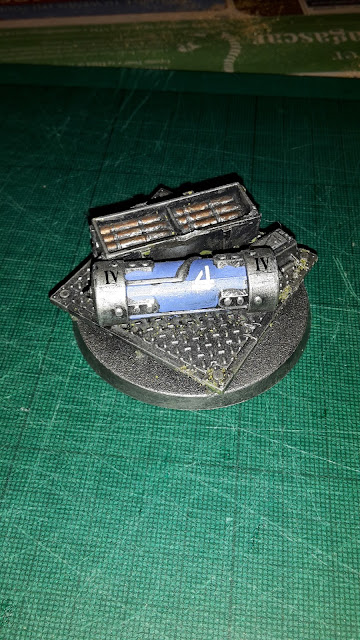 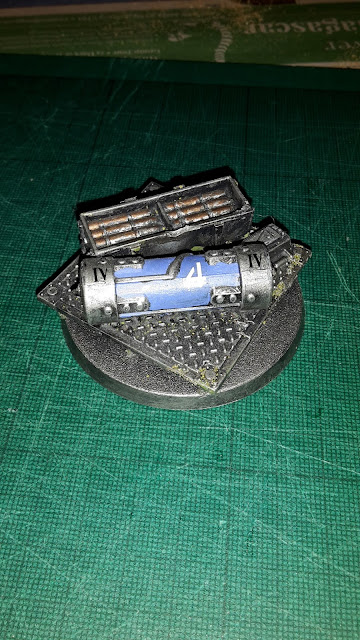 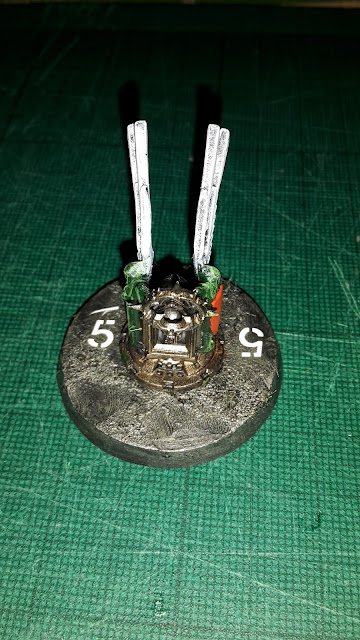 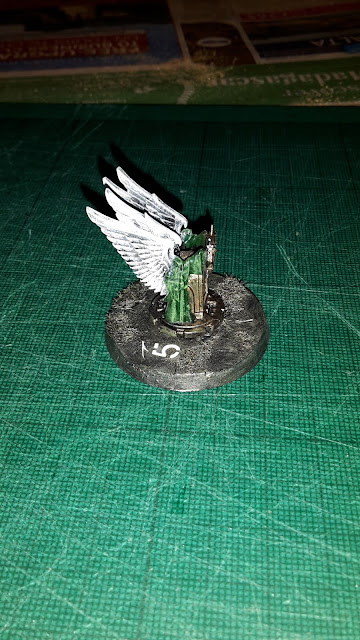 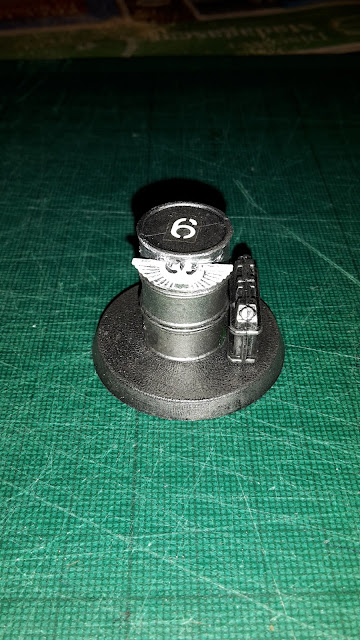 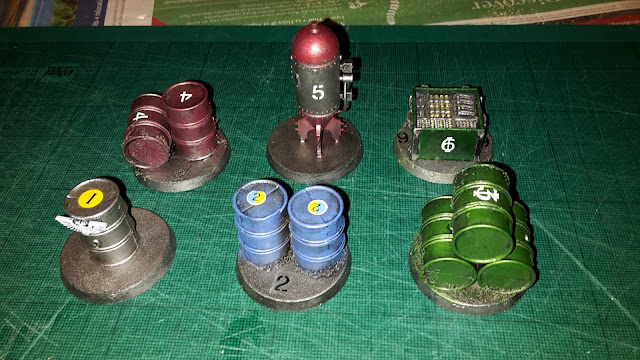 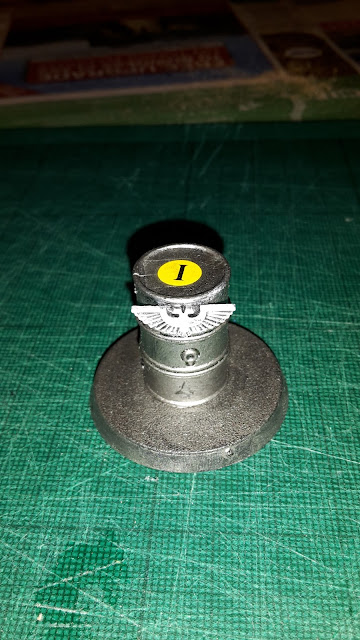 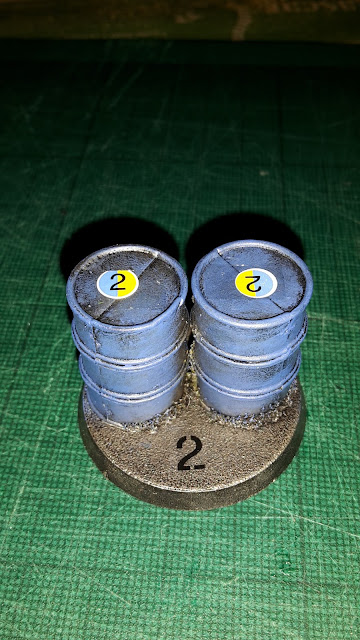 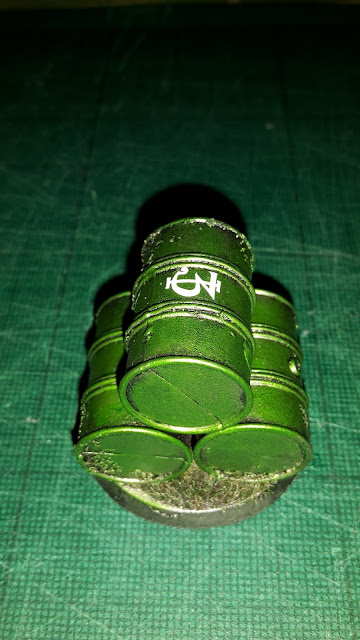 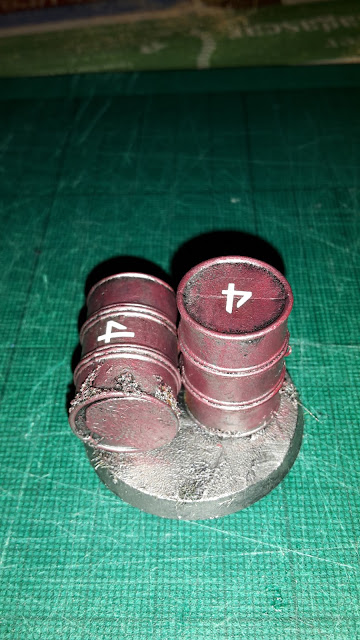 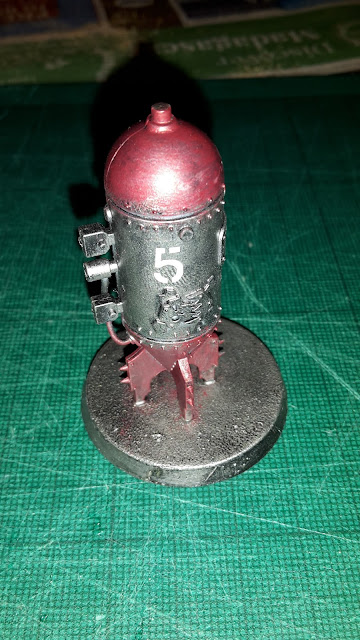 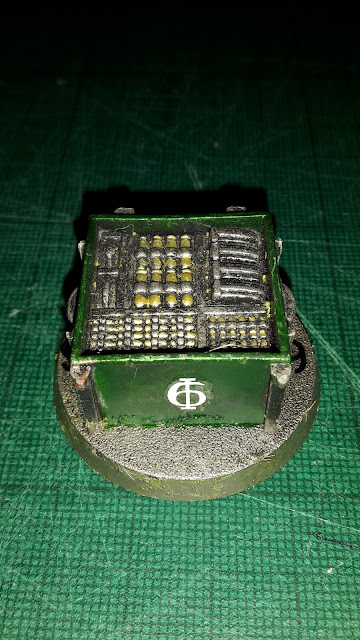 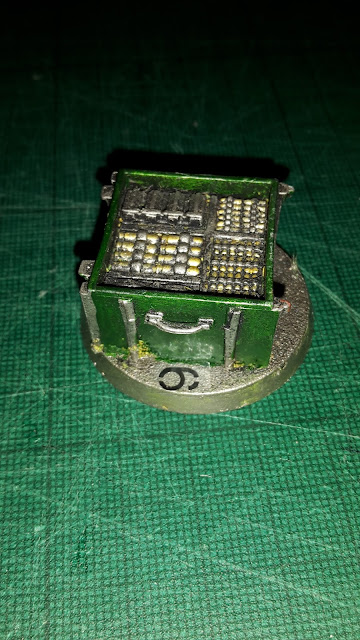 While I had the paint out, I also made a little more progress on some White Scars that I had started a while back (in July to be more specific). Didn't do a huge amount this week- the armour was already done, so I painted some of the red icons and chestplates, as well as giving the metal areas a coat of black in preparation for painting the metal. 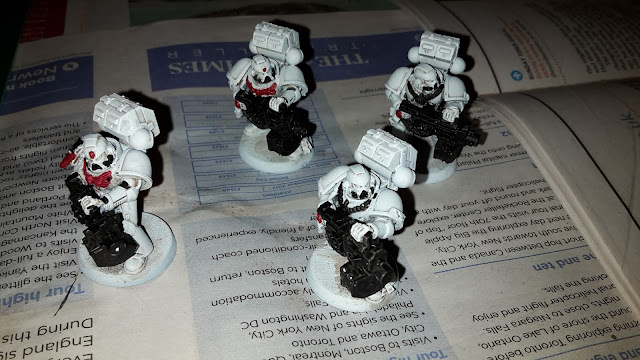 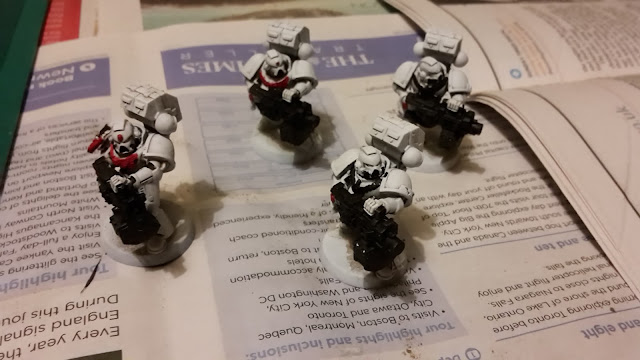 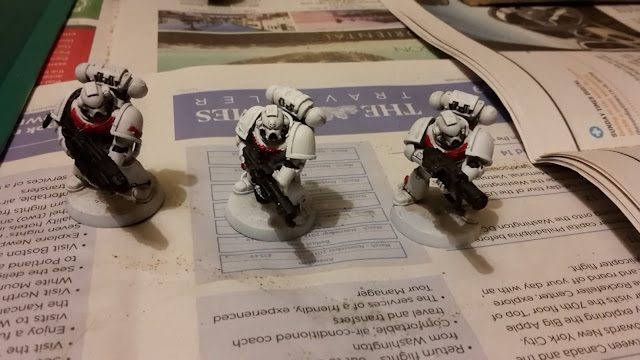 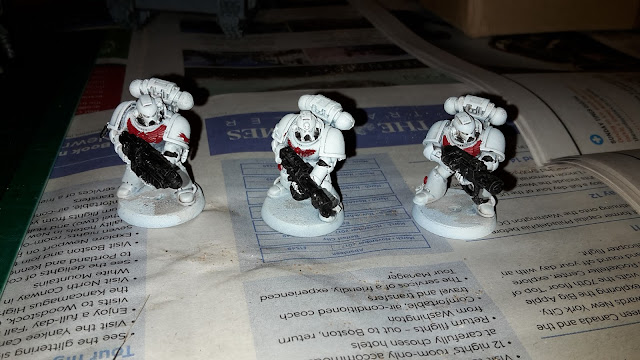 I also did some work on a Dreadnought that I had previously started. I finally got round to painting up this bad boy from one of the starter sets after getting the Stormraven (I need something to put in it). I switched out his storm bolter for a heavy flamer for some close range flaming of my enemies. 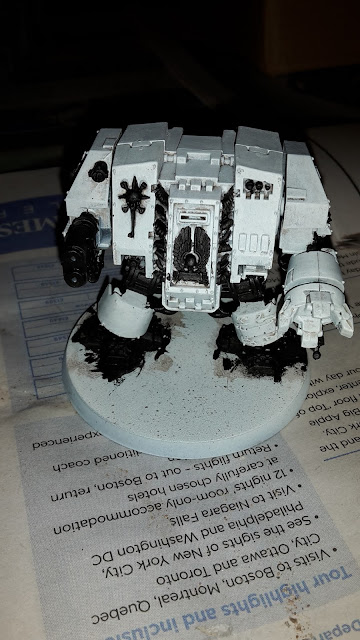 Hopefully now that I have started these guys again, I can get them finished this time. ﻿
Posted by Mike (St Andrews Wargaming) at 09:00