At the beginning of last year, I decided that I would start taking note of what I was spending on my wargaming each month. This was partly inspired by the Frugal Gaming series from Warhammer 39,999 and partly because I was curious as to what I was actually spending.
With 2015 having come to a close, I thought that I would review my spending in the last year, looking at what I got for each army and other hobbying aspects.
A Year of Spending
My hobby totals for 2015 were:
Total amount spent: £1962
Total amount sold: £842
Net total spent: £1116
If we look at the monthly breakdowns: 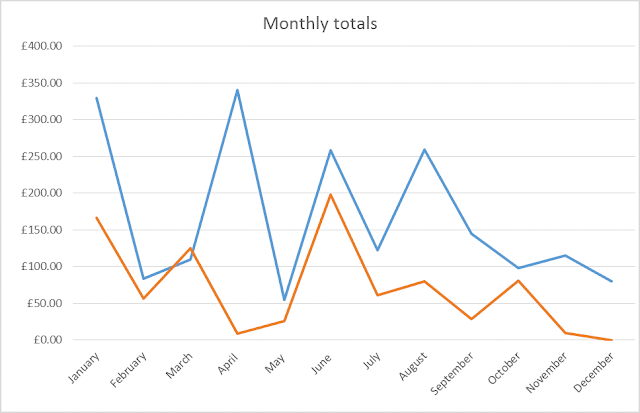 Perhaps unsurprisingly, months were I sold a lot on ebay resulted in bigger spendings on new stuff (I had all that paypal money burning a hole in my pocket!). Only in March did I sell more than I bought. The biggest expenditures were in January and March. These both contributed towards my White Scars army, as well as purchasing two new board games (that I am still yet to play!).

Breaking the costs down over each category: 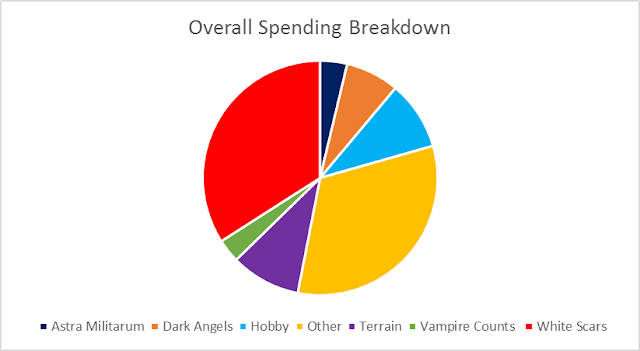 As expected, my new White Scars army accounted for most of my purchases in 2015. "Other" costs came in a close second in 2015. These included costs such as ebay fees, postage costs, tournament costs, board games and books. The only army not to receive any spending on them in 2015 was my Orks. My excitement for the new White Scars and the new Dark Angels codex meant that my Orks rarely saw the battlefield. Also, given my disappointment with the last codex, I was not too keen on buying more for the army in 2015.

Ebay
This year I managed to sell a fair amount of gaming stuff on ebay. This was generally things that I didn't need any more or simply would never get round to painting.

So overall, I made about £661 from selling models on ebay. A decent amount for the year that helped to fund my other hobby purchases in 2015.

Most of the purchases came from selling Space Marines, who are always going to be popular. 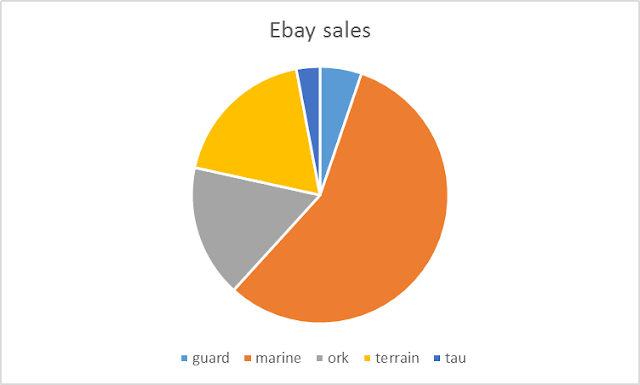 So that is the hobby costs for 2015 done. I plan to continue the series in 2016 as I always find it useful to see what I am spending my stuff on.
﻿
Posted by Mike (St Andrews Wargaming) at 09:00