This weekend, I decided to re-base the remaining members of my Ravenwing army. With the Dark Angels codex coming out on Saturday, I was eager to get the army matching bases with the rest of the force, so that I could get some games in with them with the new codex.

I am very excited for the new Dark Angels codex. They were my first army in 40k and have been one of my favourites for as long as I have been playing. I hope to get a lot of my games in with my Ravenwing army (and perhaps some of the other wings as well). 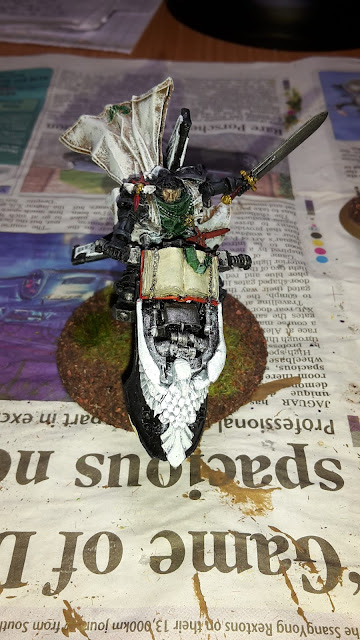 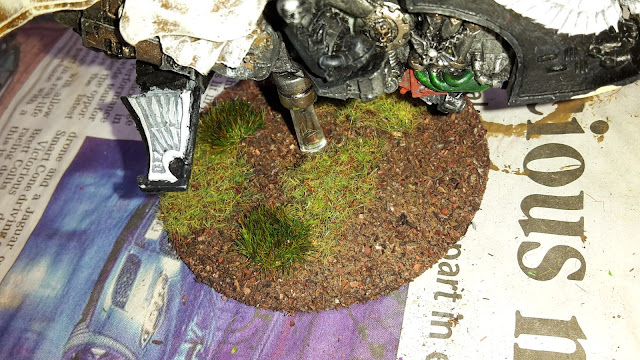 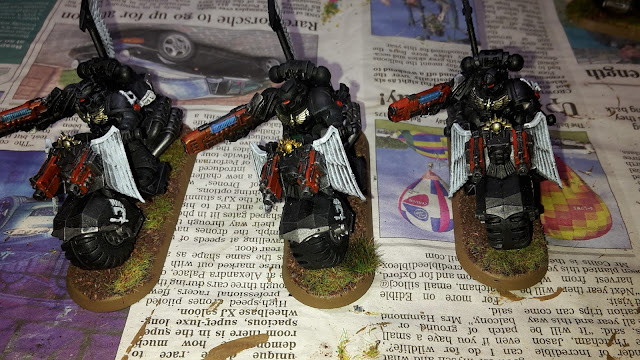 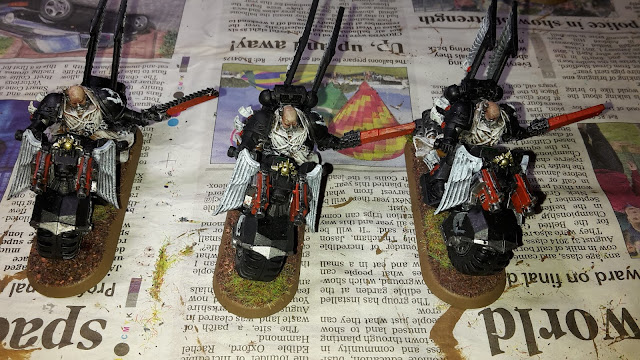 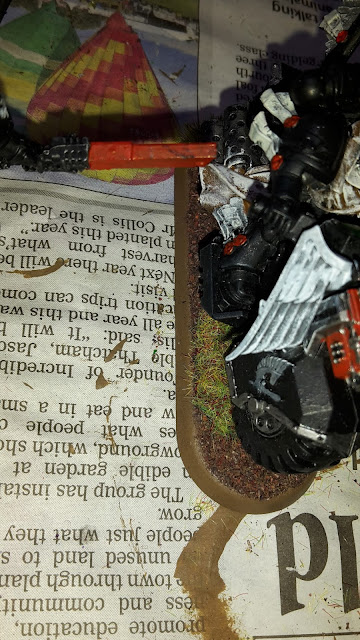 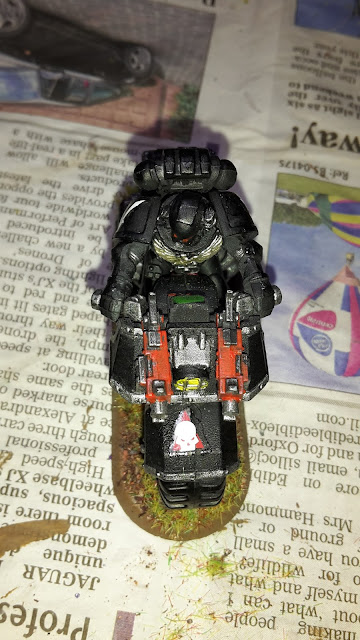 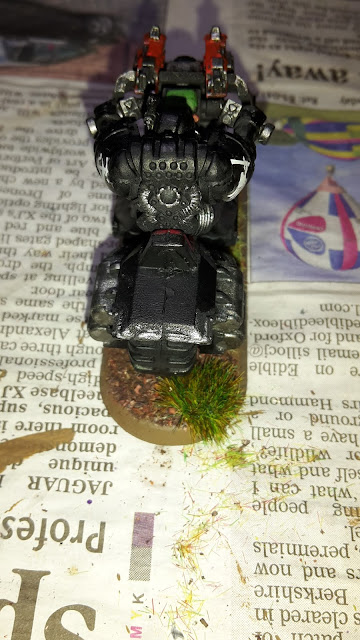 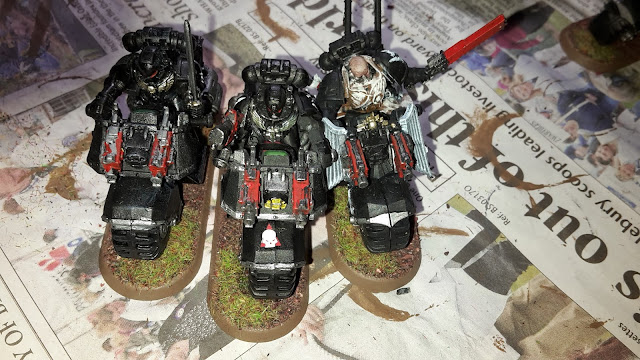 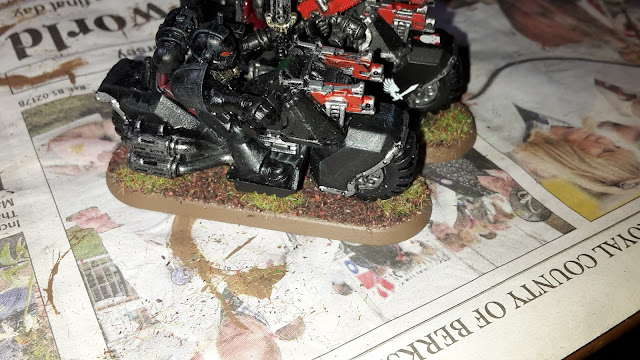 GW have been releasing some information on the new Codex on their community page and there are already a few reviews up on youtube at the moment, so there is a lot of information available now.

The Chapter Tactic is Grim Resolve. This rule means you can't lose more than one model to a failed morale test. In addition, if the unit does not move, they get to re-roll 1's to hit in the shooting phase. This is a decent Chapter Tactic, not the best, but solid for the Greenwing. My Ravenwing and Deathwing will be unlikely to benefit from it much, as they will be moving (or immune to morale for the Deathwing) and are unlikely to lose more than one member of a squad to morale given they are normally fielded in squads of 5. It would be useful for static shooting units, essentially giving you a free Captain nearby if you don't move.

Another useful change is that jink is going up to a 4+ invulnerable save against shooting if a Ravenwing unit advances. This is a really strong change and will be great for Black Knights who can advance and still shoot their Plasma Talons. This will be great for late game grabbing of objectives, as you can advance and greatly boost the durability of your Bike squads.

Ravenwing will also be getting a version of the White Scars' Stratagem "Born in the Saddle". This allows them to advance and still shoot and assault. This will be great for a unit of Bikers and fantastic for Black Knights, who pack a strong punch in combat.

In addition, the Dark Angels will be getting a Stratagem that adds 1 to the damage of Plasma Weapons in a unit. Again, great for Black Knights or Bikers with Plasma Guns, as you will be doing 2 damage as standard and 3 if you overcharge. This will give them a nice tool to deal with enemy armour now that Meltabombs are less of a threat.

Overall, I am looking forward to the codex and getting some games in (hopefully before Christmas).
Posted by Mike (St Andrews Wargaming) at 09:00