The series you all know and love returns once more! This week's Better Know A Blogger features Robert from Servants of Ruin.

Robert recently dropped me an email wanting to take part in the series. This was great for two main reasons. One- I haven't done one of these in a while and was hoping to do more of the series and two- I hadn't yet found Robert's great blog, so got a chance to check it out! 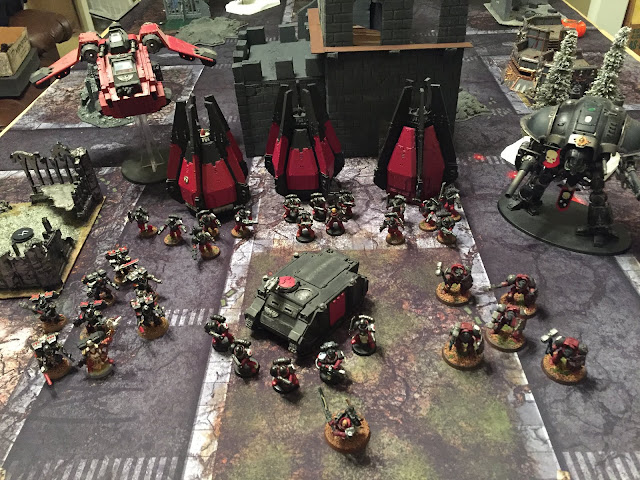 Servants of Ruin features a whole host of varied and interesting content. There is a strong focus on editorial-type content, with Robert sharing his views on certain aspects of the game and new army releases or formations. You can find his thoughts on Deathstar armies and how to combat them, thoughts on some of the new Blood Angels formations and their new rules to name but a few. In addition, you can find some great battle reports and details of his upcoming campaign that he will be playing with some friends. 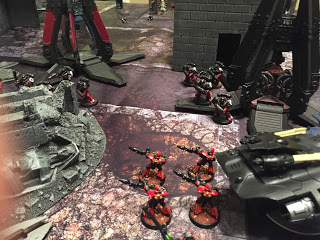 Not just content with keeping up his own blog, Robert will also be writing articles for Frontline Gaming, so be sure to keep an eye out for his work there too, I know I will be.


Here are Robert's answers to my questions:


I was around 15 when I first got into gaming. Mind you this was long before the internet was really a household thing. My best friend and I began with the old Hero Quest board game (which featured GW models I do believe).  Shortly thereafter, we started playing Magic The Gathering, which was also sort of in its infancy. One of our friends at our local card shop introduced us to AD&D and my descent into gaming culture was complete.

Oddly enough my start into Games Workshop came with Epic. We dabbled in that for a while and when I was around 18 or so, I picked up my first 40k army and codex. The old Angels of Death codex that featured Blood Angels and Dark Angels. Blood Angels would become my army and even to this day I have a substantial Blood Angels collection (pity you chose the wrong of the two Angels forces ;) - Mike). Despite their lackluster ability in 7th edition, they will always be special to me. 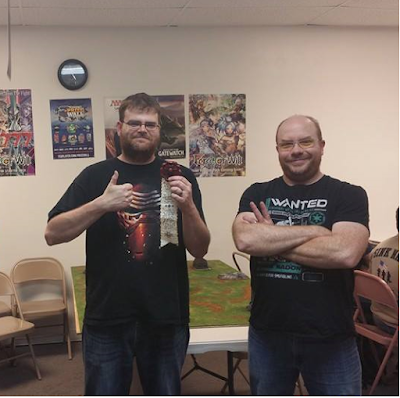 
I don’t recall what the first model actually was, but I started with a Death Company squad, a Tactical Squad and Mephiston.


When it comes to 40k I am definitely more of a player than a painter or hobbyist. I feel my painting skills are simply adequate for table top quality. A lot of people devote most of their time in our hobby to painting beautiful armies and that is wonderful, but I’m personally more interested in playing the game. I have no problem playing either casual or competitive games. I guess I’m one of those rare players that can go between both styles? The most important thing for me is ensuring my opponent and I both have an enjoyable experience (this should be the most important rule for everyone!- Mike).


I don’t even know where to begin. There have been so many!


Unfortunately I have gamer A.D.D. it seems. I have so many projects on my table. I’m trying to work on finishing up my Cyclopia Cabal bike sorcerers Chaos Space Marines, a KDK (Khorne Deamon Kin) army as well as some more Death Company for my Blood Angels with the arrival of Angel’s Blade. Not to mention a Forge World Warp Hunter I have left to paint for my next GT (Warzone Atlanta 2016). My painting table stays full it seems. 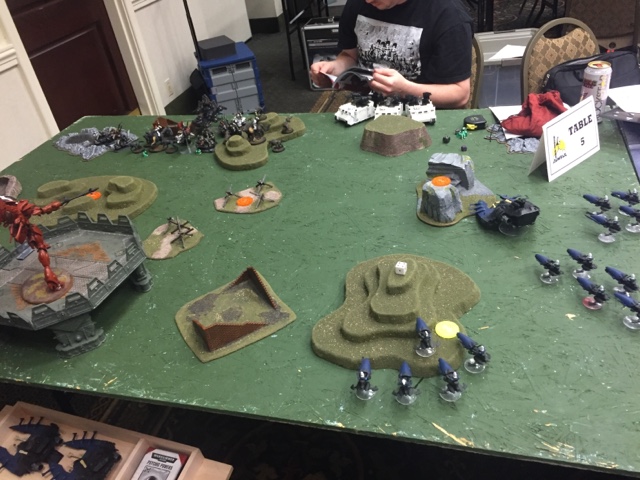 
Most of my hobbies are gaming related. I’m an avid RPG player, mostly D&D 5e. I’m also a huge college football fan. Fall is my favorite time of year. Not to mention my wife and two kids, who manage to keep me very busy. As for work I am in the Safety field for the U.S. Army as a civilian. In addition, I write for Frontline Gaming to help support my plastic crack addiction.


My blog, Servants of Ruin (http://servantsofruin.blogspot.com) is a Warhammer 40k blog which focuses on army and codex reviews, tactics and strategy, and battle reports mostly from a competitive standpoint.


If I had to narrow it down to a single article it would probably be my article titled Tactics and Strategy: Using the Cyclopia Cabal. It has probably been the most viewed article on my blog and the Cabal is becoming one of the more popular choices among Chaos Space Marine players now.


Well this is a pretty complex question as I guess it depends on what ruleset you are using; be it ITC, ETC, GW FAQ, etc. I’m going to just go with RAW from the big rule book, and that would be how Invisibility works (shocking I know). That or eliminating anything that results in a 2+ re-rollable save. Fortunately, the ITC has addressed these issues in their own FAQ.


Definitely my Blood Angels. I enjoy Chaos Space Marines, KDK, and Eldar, but Blood Angels will forever be my favorite. Just something about their iconography. The aesthetics of Blood Angels having sort of this Gothic Catholic look about them. If only our rules were half as good as the other Astartes chapters! That said, Angel’s Blade gives them a lot of fun options which I have enjoyed toying around with. And how can you not love Death Company? 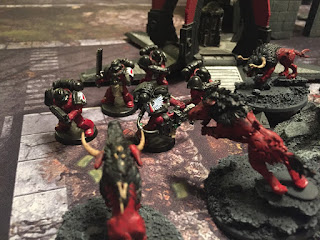 
I’d say a little of both? That probably sounds weird. I guess I don’t hide the fact so much as I don’t really go around talking about it among my professional associates in that setting. That said, I am still a very proud wargamer in general.


Don’t prime your models when it’s too hot, or when the humidity is too high (this must be for our foreign readers. Us UK gamers really don't have this trouble, unless pouring rain counts as high humidity- Mike). Don’t be afraid to raid your bits box and just convert something cool from spare parts. Paint in multiple thin coats. Learn the basics of painting with an airbrush. Airbrushing can save you hours of hobby time.


A bit of both, but mostly spend my time preparing for tournaments. That said I have run several casual events for my club including a Crusade of Fire campaign and a winter league. 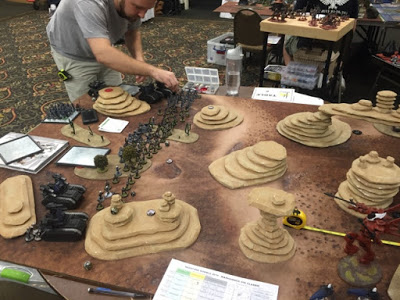 
Coke Zero is the only soda I drink...unless it has bourbon in it. Then probably regular Coke.

Thanks to Robert for getting in touch and taking the time to answer my questions. If you have your own blog and would like to take part in Better Know A Blogger, please get in touch at corrm83@gmail.com