My search for a new gaming club kicked off with a visit to Durham Raiders a couple of weeks ago. They run a regular games night on a Tuesday at 6 pm. Unfortunately, I don't finish till 5.30 pm, so by the time I finish work and make my way through the rush hour traffic to Durham, it would hardly be worth setting up for a game!
What is more fortunate for me, is that they also run a club night on a Sunday every two weeks. I quite like a weekend club. They normally start and finish earlier than a weeknight one, so I can be back home before 11 pm. The downside of a weekend club is that many of my weekends tend to get busy quickly, so I can't always make them.

I wandered down to Durham Raiders for a game against Paul and his Space Wolves. I was playing my White Scars once more as this was the only army that had made the move from St Andrews so far. As I have been playing them a lot recently, I decided to try a different type of army than I was used to. I decided to give the Gladius Strike Force a go as I had never fielded the Strike Force or indeed a Battle Demi-Company.

As you can see, a very different army to the one I usually field (so few bikes!). I originally planned to take Rhinos and a Razorback on my Tactical Squads and Devastators, however, when I arrived at the club, I realised I had forgotten the box with my Transports! I took the drop pod instead, an extra Landspeeder Storm and beefed up one of the Tactical Squads instead.
I also wanted to try Shadowstrike Kill Team once more, so had to take two units of three Scout Bikers to make up the requirements for the 10th Company Task Force.

It was a great game against Paul and his army, filled with multiple drop pods and Wulfen! I really wish I had taken notes for a full battle report as it was a really fun maelstrom game, but you will need to settle for a few photos from the game instead.

Having never used the Gladius Strike Force before, I was very impressed with it. The Doctrines are really great in the game, providing some very useful re-rolls throughout the game. It adds another layer of tactical play as you must decide when to use which Doctrine. 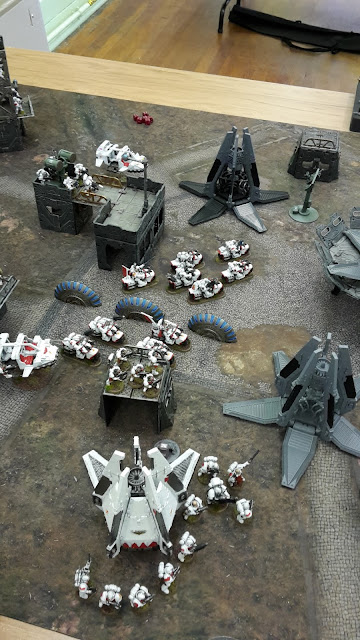 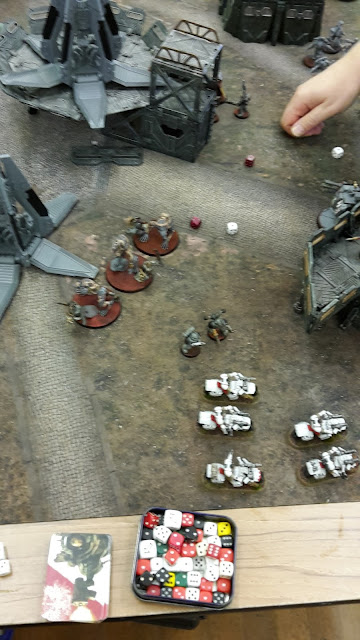 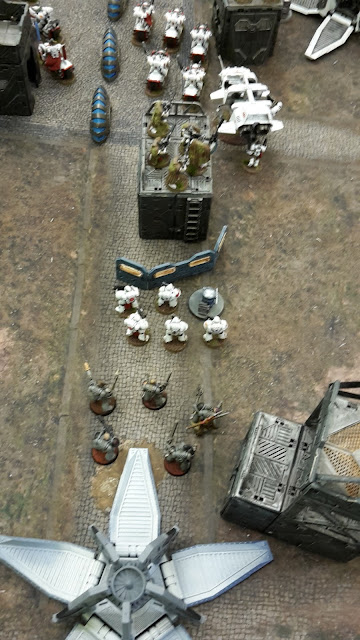 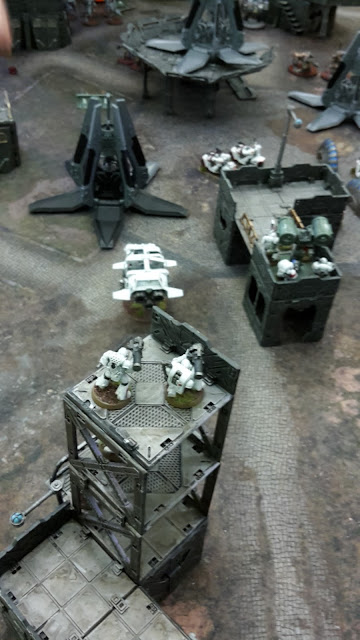 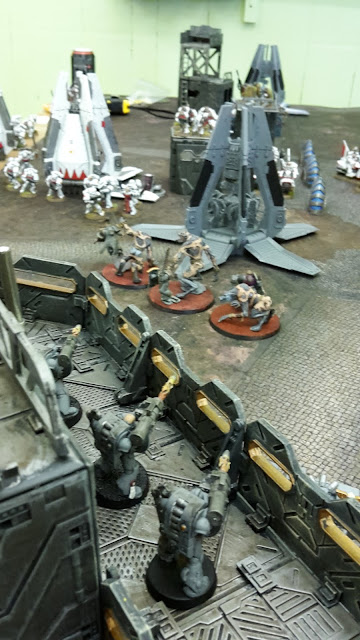 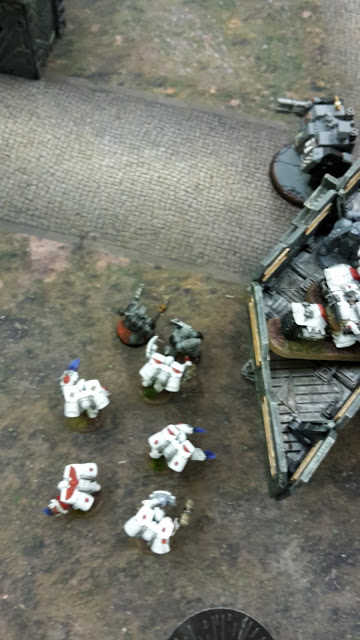 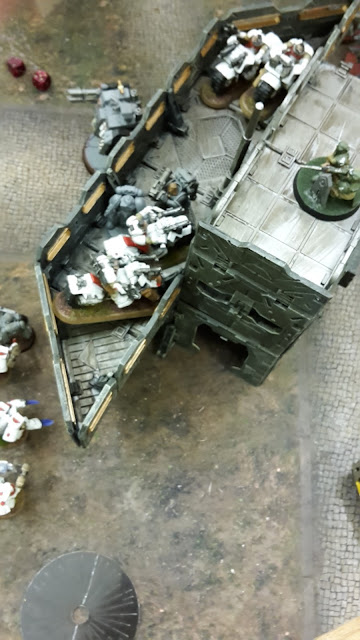 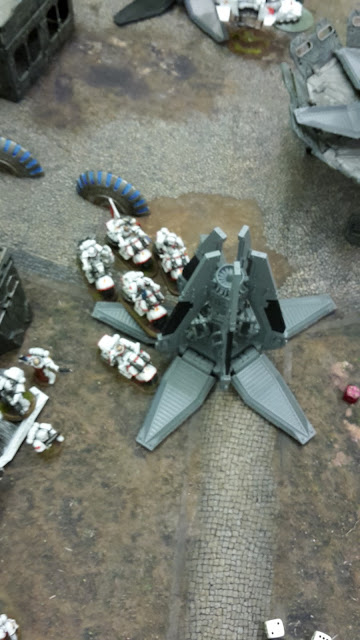 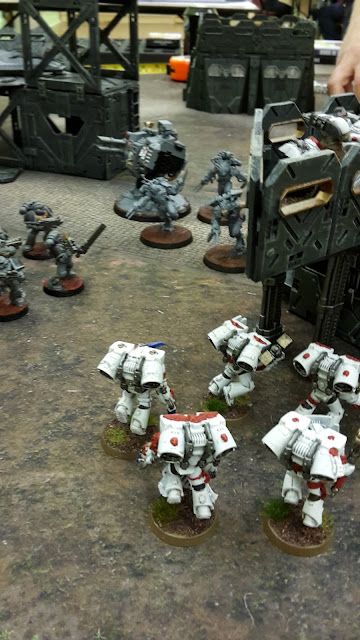 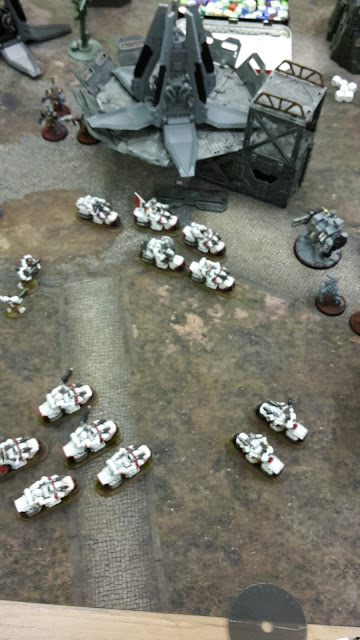 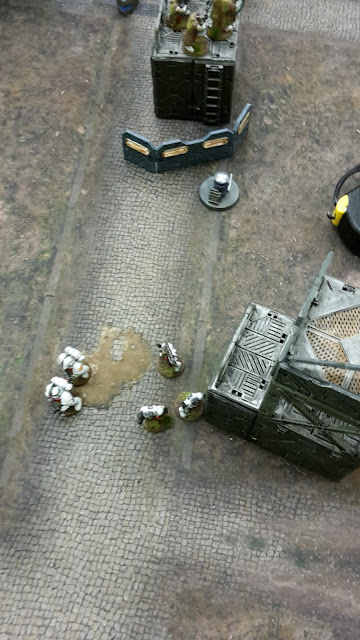 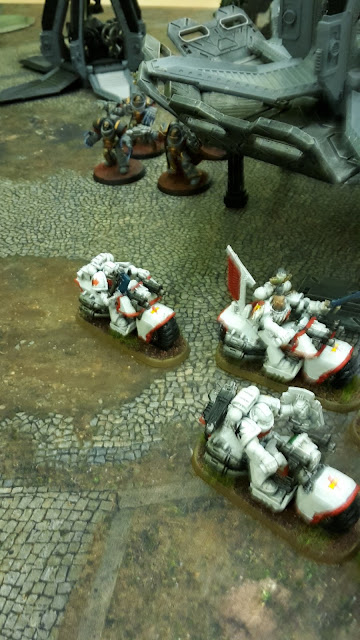 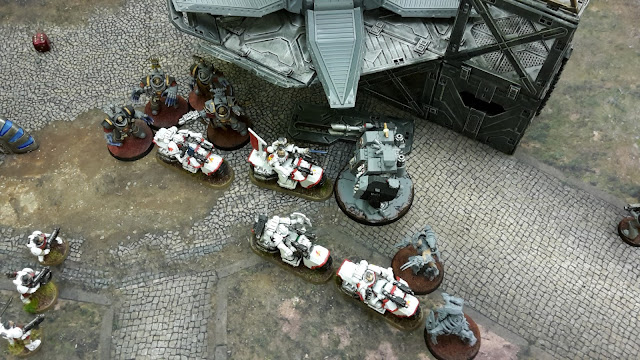 I didn't take full notes of the game, but there were a few things that stood out during the game:


The guys at the club seemed really nice and I had a great game against Paul, a re-match is definitely on the cards. I will probably be going back on a regular basis. As the club is only every 2 weeks, this will give me the chance to try out some of the other clubs in the area giving me a larger range of opponents to play against.
Next time I go, I will be taking notes for a regular battle report, I thought I would give it a miss for the first week as I got to know people.
Posted by Mike (St Andrews Wargaming) at 09:00