With turn 2 coming to an end, the players made their turn three moves, some taking the opportunity to build new structures with their hard-earned resource points. The Medusa IV campaign continues, with the map now looking like this: 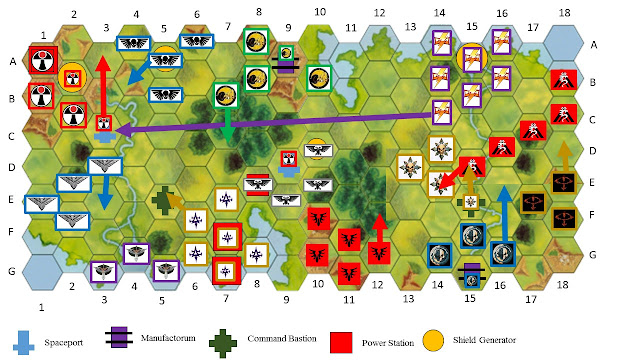 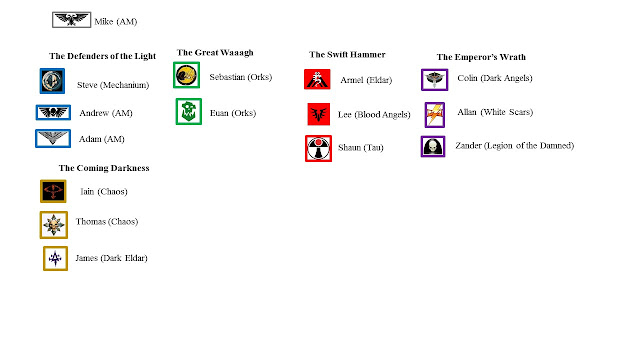 The Chaos and Eldar lines continued to fight to the east, battling over territory and dominance in the area.
The White Scars launch a daring raid across the map to cripple the Tau spaceport, while the Tau seek to secure their immediate area by building a shield generator and attempting to capture nearby territory.
The Orks continue their long march south through the woods, building up steam after their first victories provide them with momentum. Some of the boyz decided to loiter in the woods to build a manufactorum to supply the hordes with fancy new weapons.
The Dark Eldar seek to seize the nearby command bastion while building a power plant (they evidently need lots of light and electricity to help them "entertain" their "guests").
The players will have two weeks in which to fight their battles for their tiles. For the rest of the info on the campaign, check out the Medusa IV tab above. ﻿
Posted by Mike (St Andrews Wargaming) at 09:00