This week I have been doing some work on my White Scars, terrain and some objective markers.
I signed up to attend Rapid Fire 2015, a tournament held by Striling Wargamers club. I have decided to take my White Scars to the event and have been toying around with an army list for it. In order to use this list I need to get my second drop pod completed, as well as a librarian.
I had already started on the drop pod previously and it only took me an evening to get it the painting finished off. This consisted of giving it a drybrush with Leadbelcher and then painting on the red markings on the doors of the pod. I only have to apply the transfers and it will be complete. 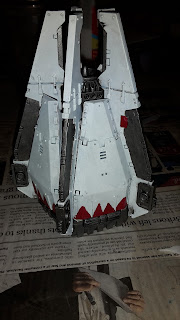 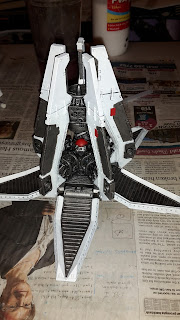 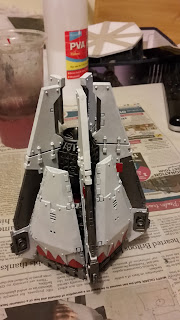 I also assembled some new objective markers and managed to get a start on the painting. These were made from spare parts I had lying around in my bits box, which were then glued onto bases to form the markers. I made twelve of these, enough for two sets of six.
I managed to get started on the painting, undercoating them at the weekend when the weather was nice and giving the metal areas a drybrush. I plan to number them up for use in maelstrom missions. Once I have finished with these, I will hand them in to the local gaming club for people to use when they need objective counters. 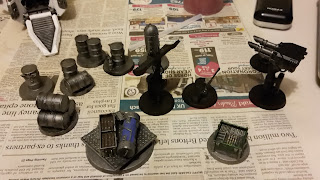 I also finally managed to make a start on the church building I made a while back. I undercoated the structure (inside and out) and gave it a drybrush with grey. I will give the building another coat of grey and then a highlight with white to match my other buildings that I have. I plan to pick out the doors and side panels in gold to make the building stand out. 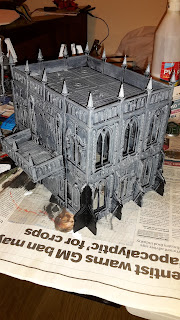 That's all for this week. The plastic tweezers that I ordered weeks ago have finally arrived, so I plan to make a start on magnetising my Dark Talon in the following weeks as I need to get it built and painted before the start of November (for Blog Wars X).
﻿
Posted by Mike (St Andrews Wargaming) at 09:00