This week, I have been continuing my work on the cityfight ruins that I had started last Hobby Sunday.
With the weather being a bit nicer (for a change), I was able to get the bases for the ruins cut. For the smallest section, I glued the ruins to the base and added a bit more rubble to it. 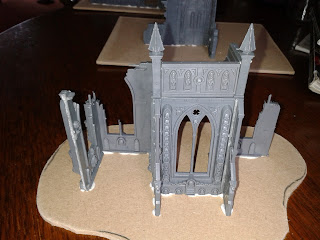 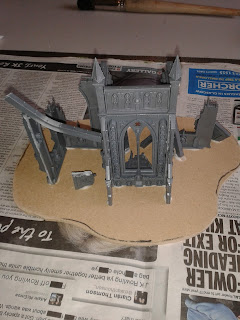 I then gave the base a layer of sand and undercoated it black. 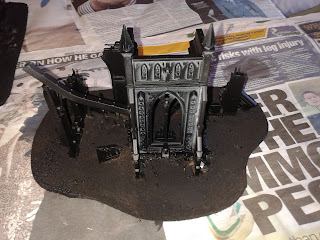 Next came a drybrush of grey acrylic paint to the ruined section and part of the base. 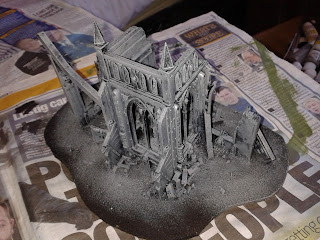 To finish it off, I will give the ruins a highlight in white, drybrush the rest of the base green and add some static grass to match my gaming board. I should hopefully be able to finish this off in the following week.
For the larger ruin, I followed the same steps as above. 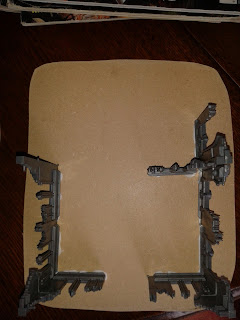 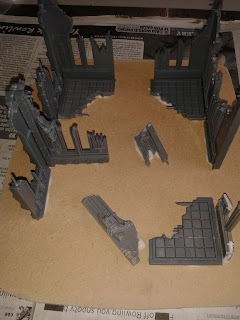 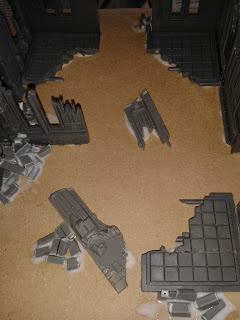 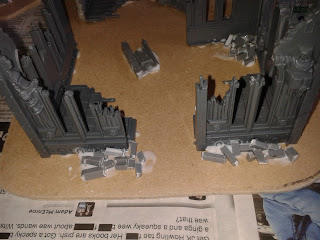 I did the same for the tower section. Unfortunately, after I had undercoated the tower section, I noticed that the MDF base was warping. Rather than carry on, I decided to remove the tower and rubble and I will re-base it on some 5 mm MDF instead of the 3 mm. This should hopefully stop any warping from occurring. 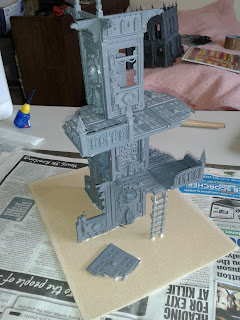 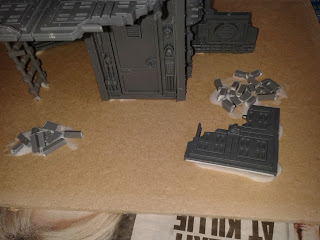 I also began construction of a larger industrial piece to go with the ruins. 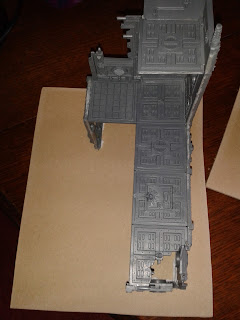 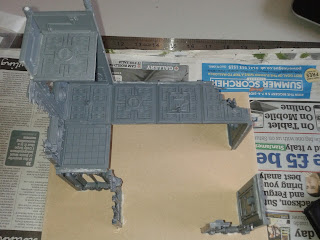 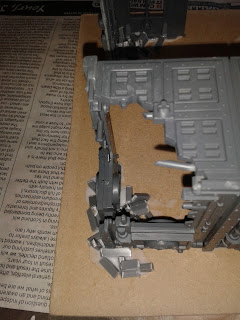 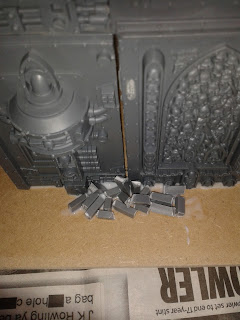 ﻿
I also added a bit more detail to this section; some plastic girders that I purchased were cut and added to the structure. I also had some plastic tubing to use as pipes. I cut these and added them to the ground. I also plan to glue a couple of them together and add them to the roof section beside the girders. I will need to look into some water effects to add as chemical waste dripping from the broken pipes. 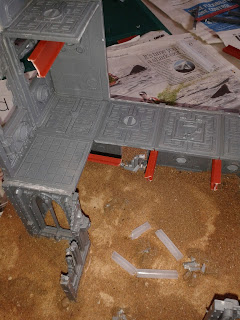 Well, that's the hobbying for this week. I hope to get them painted up and finished in the following week. I also have some Gothic Ruins (the classic ones from the 3rd edition boxed set) that I want to get based and painted.
Posted by Mike (St Andrews Wargaming) at 09:00