This week, I continued my work on the cityfight ruins that I have been building. I finished the progress that I had made last week on the small ruin pieces. After giving them a drybrush in grey, I gave the rest of the base a coat of green. The ruins were then drybrushed white to highlight them. Lastly, static grass was added in patches to the base and done! Some nice easy ruins and painted quickly. 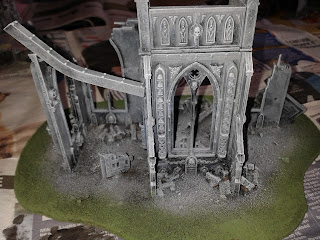 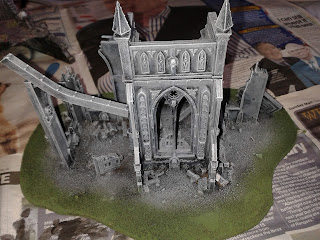 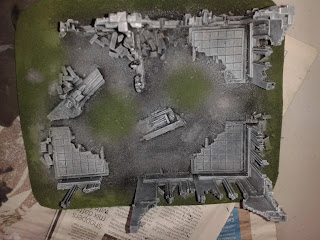 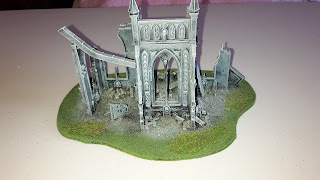 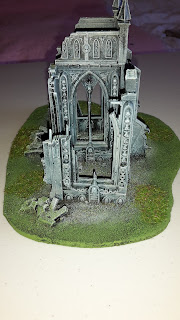 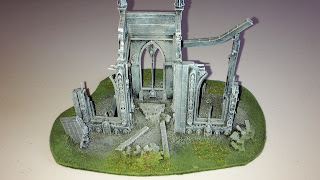 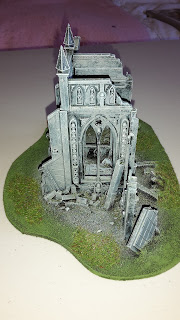 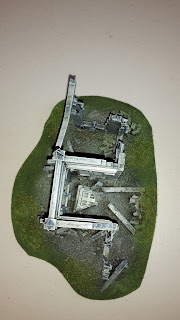 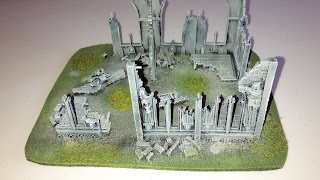 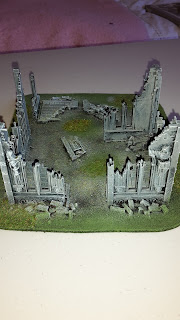 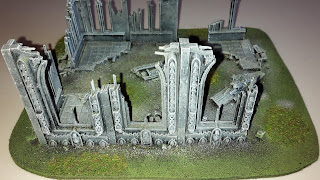 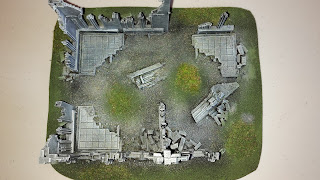 For the manufactorium building, I glued some pipes to the roof of the first level and undercoated the ruins in black. 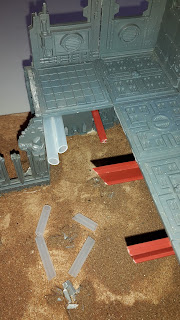 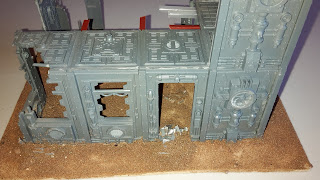 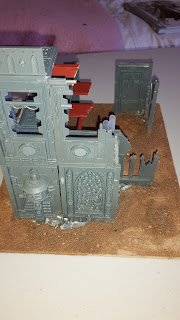 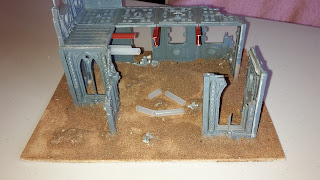 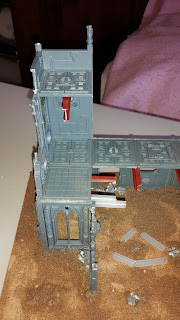 I bought some new undercoat from B&Q to do my ruins. It was the same cost as GW undercoat. It wasn't as good as GW undercoat, but it seemed to cover a lot more area. The main issue is that the spray was gloss rather than matt (there was no indication of this on the can, I wouldn't have bought it if it said), so drybrushing afterwards was a bit of a pain. The paint did not adhere too well to the gloss finish and I needed several coats of grey to get a good foundation. Overall, I was not too happy with it and will go back to GW primer from now on.
For all the complaints they get about pricing, I think GW black primer is good quality and quite competitively priced. 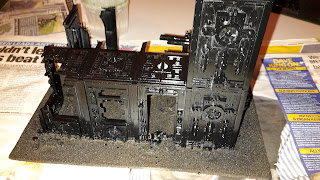 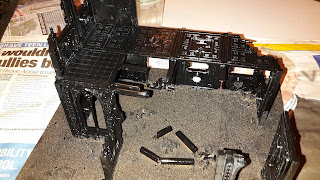 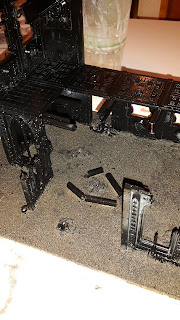 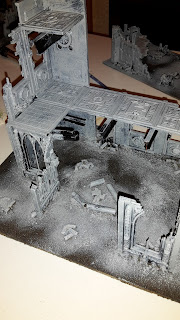 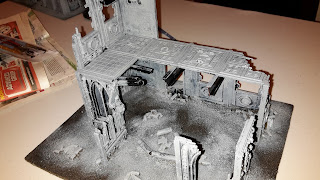 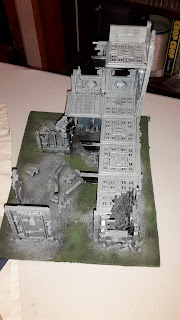 That's it for this week. I still need to finish off the last building; pick out the details such as the pipes, girders and metal fans. I also want to look at making some chemical spills for the pipes and base using some water effect resin that I have.
Posted by Mike (St Andrews Wargaming) at 09:00