Errant Wolf is one of the most recent additions to my blog list and has been an entertaining read ever since.
I have been following with interest his recent posts about constructing a board and an army for the upcoming Armies on Parade. I've never entered one of these myself, but am interested to see how much work and planning goes into such an event, especially when you are starting from scratch. 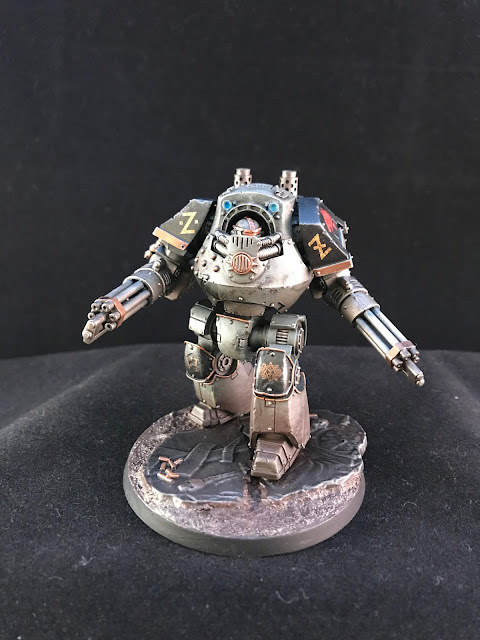 In addition to that you will find some great hobby photos of his brilliant Space Wolves army, as well as some great Shadow War battle reports and reviews on kits and other products. Dave also posts his own series of interviews, where he talks to some big names in the gaming community to find out about their hobby history. 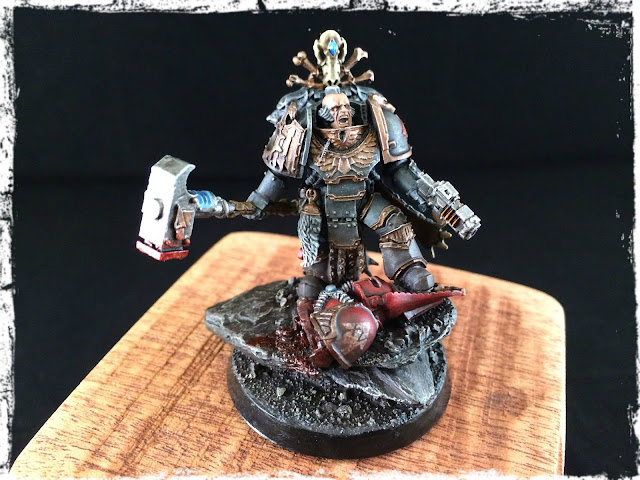 Here are Dave's answers to my questions:

1. What age did you get into gaming and what started it off?
Oh man, way too long ago, probably when I was about 12, but I really got into 40k, Space Hulk and Necromunda when I was about 14 in the early 1990’s. Space Hulk is my one true love and is a game I’ve played throughout my life. It’s easy to learn, hard to master and can be played with almost anyone.

Around the same age, I started collecting my first Space Wolves army, and again, I’ve never been able to escape the Wolves. I’ve tried plenty of other armies over the years but always come back to them. I’m on possibly my 5th incarnation now, which is a Horus Heresy army.


2. What was the first model you ever bought/painted?
Hmm, the first one I really remember being proud of painting was a squad of Blood Angels terminators for Space Hulk when I was a kid. That’s when I think I first got the painting bug (as opposed to the gaming or collecting bug). I put my all into those and was very pleased with the results. 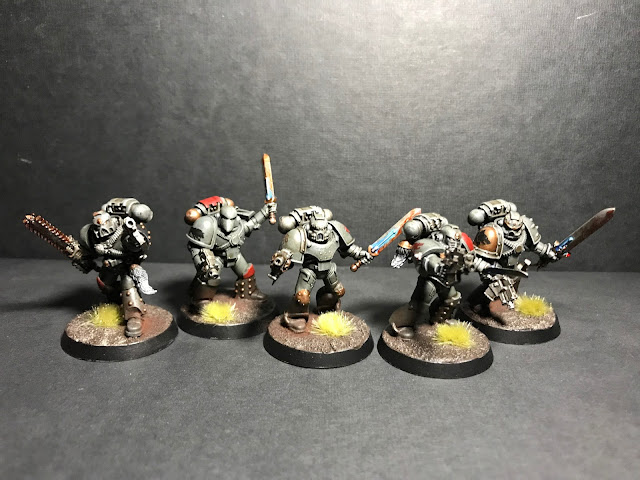 3. What is your favourite aspect of gaming?
Collecting. Collecting a well painted, themed army is my thing really. I have a couple of friends that are of a similar mind and we are always pushing each other in terms of conversions and painting, using ‘a game’ as the target date for said converting and painting, so we can show off our creations. I’ve got a campaign going at the moment where we both have to have a new unit painted up for each game (damn that sounds like a lot of painting to do!- Mike). 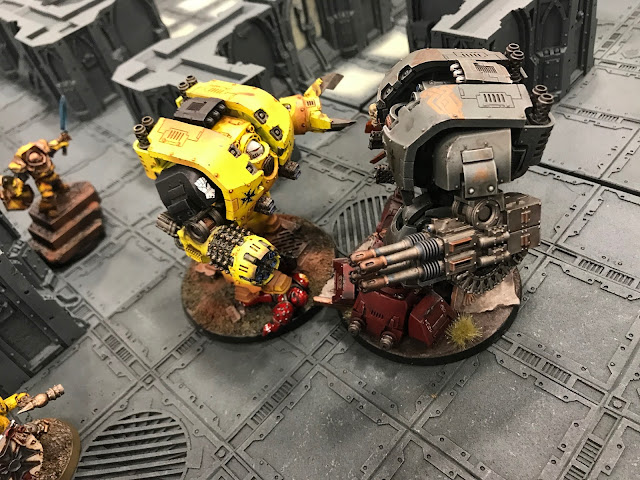 4. Fondest memory in gaming?
Growing up in Nottingham, my local games store was always Warhammer World, and I have a lot of fond memories of Wednesday night games night with friends there. 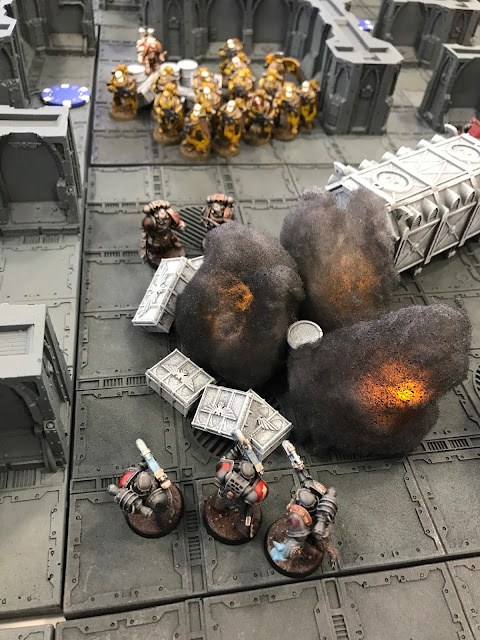 Most memorable gaming moment was that time a lone tactical support squad guy, the last man on the board pretty much, took out a Vendetta with his plasma gun. I lost the game in every other way but he earned his points back that day!

5. What are you working on right now?
Two things: a contemptor dreadnought army for my Wolves and an Armies on Parade board to show them off on in October.

Gaming wise I’m in the middle of a 30k campaign with my mate Rich’s Imperial Fists, and I’ve been roped into a Shadow Wars campaign with two fairly new friends too, so I’m actually doing more hobby this year than I have in the last 5 put together! (and producing some great content on the blog to showcase it too- Mike) 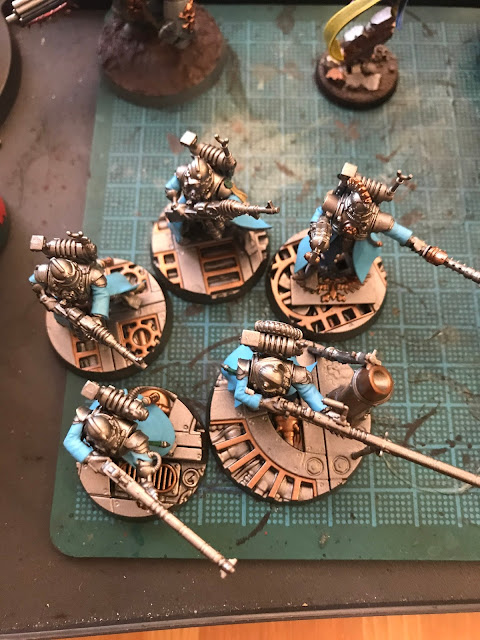 6. When you are not conquering the tabletop, what do you do?
I’m married and a dad to one tiny terror who goes by the name of Logan (I’m a Space Wolves player, ok…) (good thing you didn't stick with Blood Angels, little Mephiston doesn't have the same wring- Mike). He’s almost 4 and also has a big interest in ‘daddy’s space marines’. Aside from work and ‘the hobby’, most of our time these days is taken up with trying to do fun and interesting stuff with Logan. I love the magic he has brought back into things we have grown to take for granted. Petting zoos are a big favourite in our house!

Work-wise, ready to fall asleep? I won’t go into too much detail but I’m a civil and structural engineer, recognised as the UK’s leading specialist in wrought iron bridges. Playing, collecting and painting 30k/40k is so far away from my day job that it is the ideal bit of escapism that you need at the end of a long week. 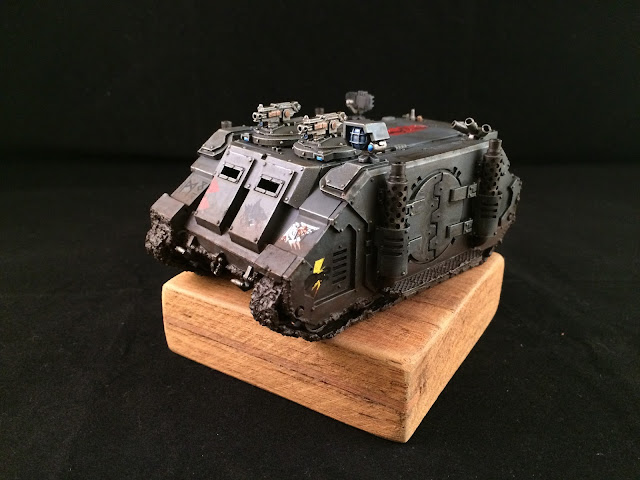 7. What would you say about your blog to someone who has never read it to draw them in?
It’s a blog about my hobby activities, mostly about 30k Space Wolves, trying to share how I still manage to make time for ‘the hobby’ around work and family life. I try to update it at least once a week, and try to keep it fun and interesting.

8. What is your favourite article that you have written?
Difficult to name a single one, but my favourites are the ones where I share photos of my completed models, because that means I’ve finished something. 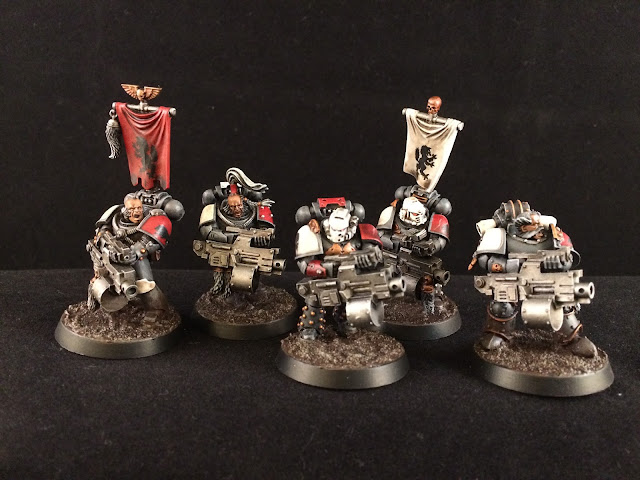 9. Which rule would you like to see changed or removed entirely?
Any of the 30k rules that make Imperial Fists damned well near invincible to beat unless you start playing dirty! 😉

I’ll be honest, the new incarnation of 40k is so much easier to pick up and loads quicker to play, so I am really excited about that. I had been playing fewer and fewer games of 30k/40k because it felt like a chore, but the new rules have completely switched it up, yet they feel familiar. I’m a little disappointed that 30k will not be adopting them soon, but having thought long and hard about it, you can see why. Forge World have a lot of work to get their rule books converted over, but I appreciate that and am happy to wait.

10. Which of your armies is your favourite?
My Space Wolves are pretty much my only army these days. After having Logan and realising I don’t have that much time, I have made a conscious effort not to get too distracted with side projects. The dreadnought army is shaping up well though, I’m looking forward to having that finished.

Also, I recently painted a small Ad Mech army for Shadow Wars. It was really nice to paint something completely different that wasn’t just being painted for the sake of painting. I could paint 5 models and they had a purpose. 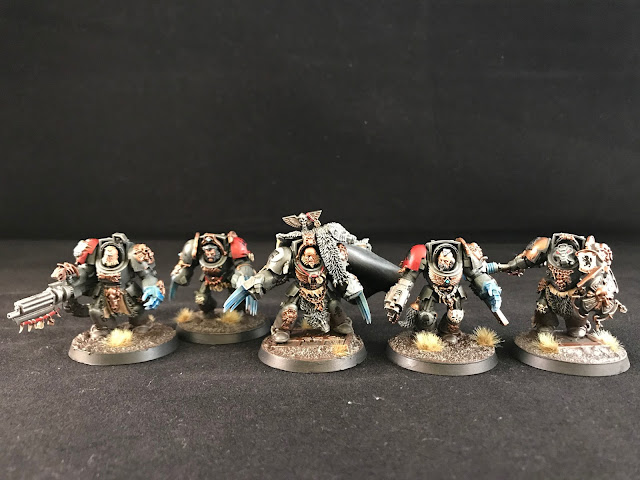 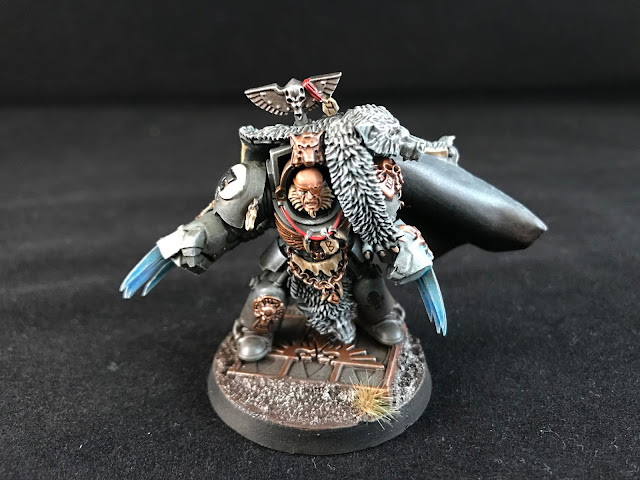 11. Secret wargamer or loud and proud?
Loud and proud. I’m an engineer, and regularly get reminded that there are far geekier people than me!

12. Any hobby tips or cheats to share?
I’ve done a few tutorials showings some cheats. Basically, I don’t have enough time these days, but I care about my painting, so my aim is to find ways to give great, pleasing results with a minimum amount of steps. Whether that’s abusing GW technical paints for an easy OSL effect, or pre-shading to cut down on highlighting, I’m all over it. I realise that my miniatures won’t win me a Golden Demon at the moment, but my ‘table top standard’ is high. 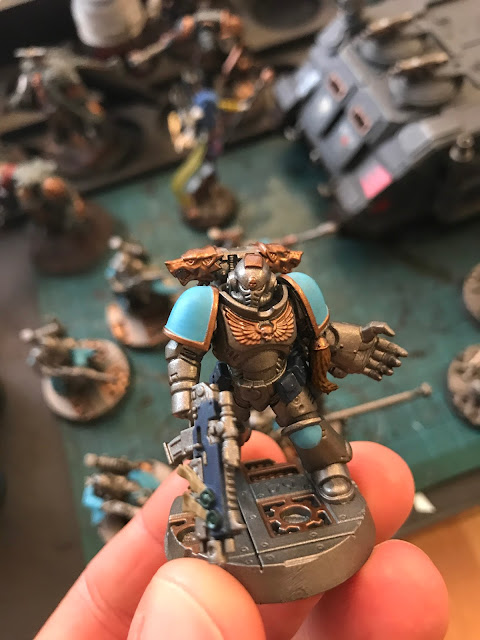 13. Tournament or Casual?
Casual campaigns these days but I did used to like a tournament. Not because I thought I’d win, but because I wanted to win ‘best painted army’.

14. Nintendo or Sega?
Difficult, I grew up with a bit of both.

15. Xbox or Playstation?
Playstation, I prefer the controller. 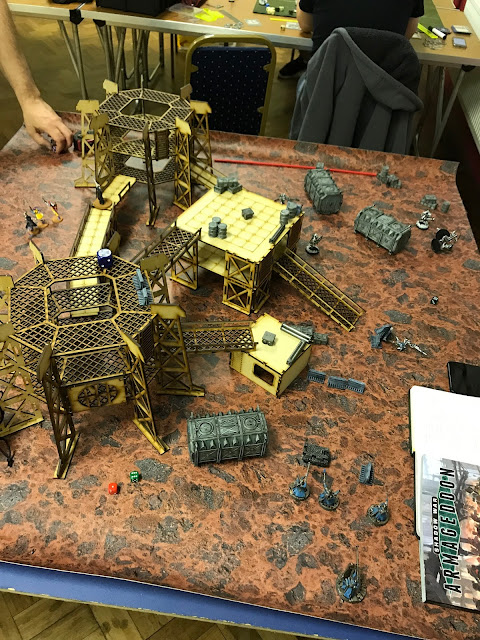 Thanks to Dave for taking the time to answer my questions. You can find his work at Errant Wolf, and follow him on Twitter (@davetgent).

If you have a wargaming blog and would like to take part in Better Know A Blogger, please drop me an email at corrm83@gmail.com