I first came across Ed's blog when it was highlighted by Rob over at 30Kplus40K. When Rob is envious of someone else's painting, you definitely know it is worth checking it!

Even though Ed is only just getting started, there is plenty of great content already on the blog to check out.

I am a big fan of his terrain posts. So far, they have showcased some really awesome pieces that really suit the 30k theme and aesthetics. 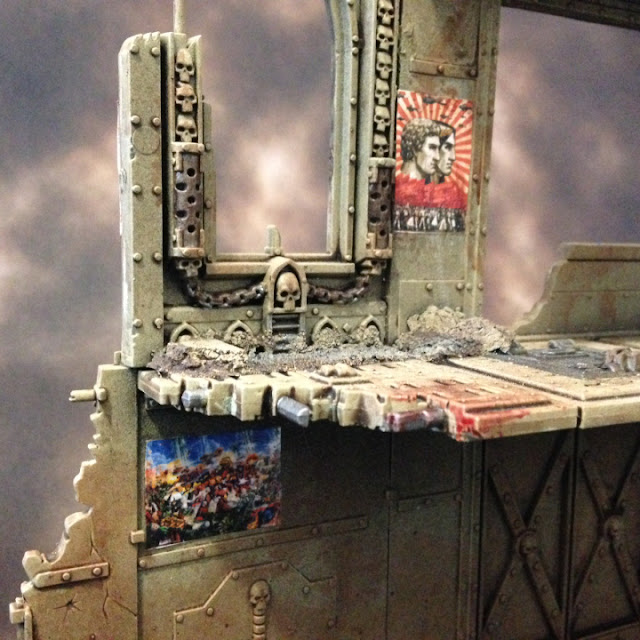 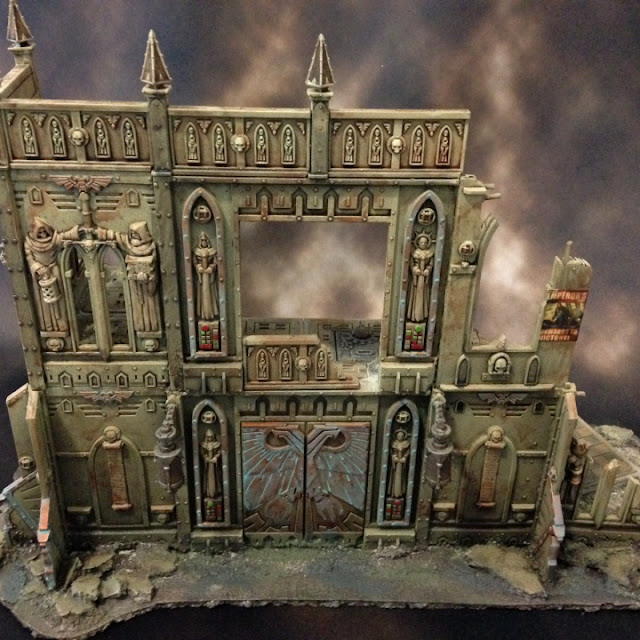 Another great series of posts are his Throwback Thursday articles. These take a look at some classic 40k miniatures, and Ed describes what he likes about each one. Check out his posts on Ogryns, the Predator and classic Land Raider. 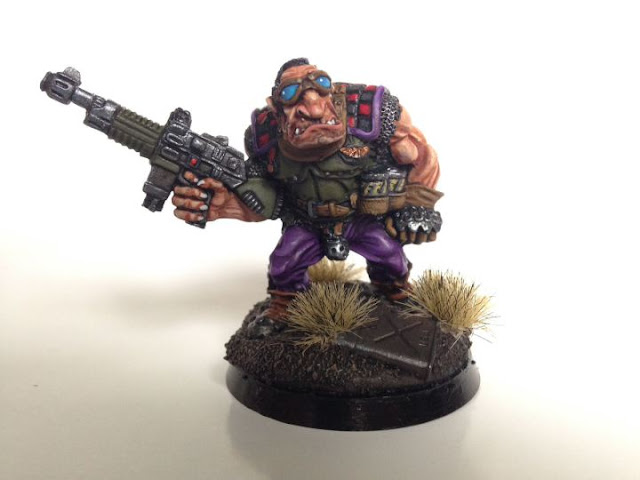 
1. What age did you get into gaming and what started it off?
I was ensnared by GW in the mid nineties. My dad used to build model planes with me, so I was familiar with drab military kits and the smell of Tamiya oil based paints. On one occasion we were in a model shop and I was struck by the bright colours and esoteric forms of GW’s miniatures. We snigger at the ‘red’ era now, but it really made their miniatures distinct and appealing at the time. I still flick through Codex Imperialis, Wargear and the Rulebook from the Second Edition boxed set - possibly the finest Christmas present a ten year old me could have hoped for! As for the gaming part, that’s a relatively new development. I was getting interested right at the end of 5th ed, playing a few games here and there, then Dark Vengeance launched 6th and I was away! 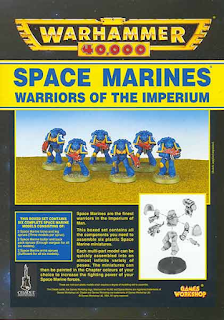 
I have had very happy times building and painting miniatures, writing stories, reading background and playing games - but when all of these things combine on the tabletop, that’s a special feeling. I used to paw through White Dwarf battle reports and dream of replicating that kind of detail, that kind of involvement on the tabletop - seeing it actually happen is the zenith of the hobby for me and spurs me on to bigger and better things.


There are a few: Snap firing a krak missile and killing a charging Chaos lord; Scout Sergeant Statham single handedly (well, pretty much) routing a CSM army; jokingly predicting that my opponent was going to lose all of his Chaos Terminators in the warp during a particularly ballsy deep strike... He did. In a hilarious and not to mention sporting display, he explained that these terminators had been secretly plotting against his Lord for years and met with an ‘accident’ - “Just as planned!” 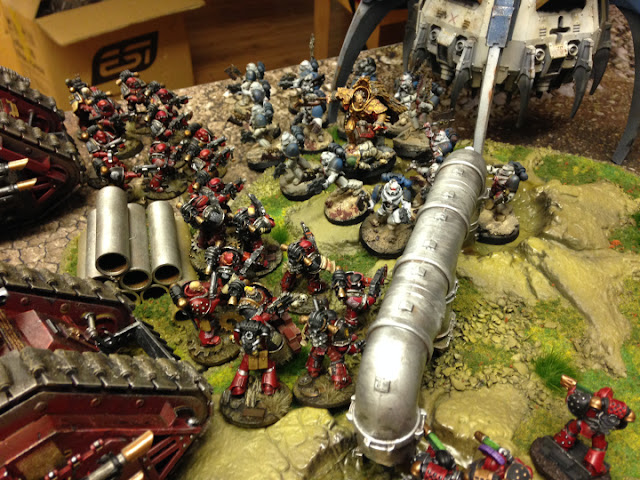 Lately, I had a terrific 2300 game of 30k with Rob of 30kplus40k fame. The armour of the Burning Horizon Chapter of Word Bearers clashed with Rob’s ‘The Blooded’ Solar Auxilia. Brutal, tank wrecking action. The only thing more satisfying than destroying a Malcador Infernus? Destroying two Malcador Infernuses!


5. What are you working on right now?
I’m painting up a huge amount of terrain for my table. When I’m finished, it should have a post- apocalyptic feel, replete with rusted walkways, ruined hab blocks and signs of frantic evacuation… I’m mixing in terrain from a variety of manufacturers, including some scratch built pieces for an individual feel. Can’t wait to get playing on it! (Can't wait to see it!- Mike)

I’m also painting up five Gal Vorbak and their Land Raider Phobos transport. Frankly, as a Word Bearers player with over 3000 points, it’s ridiculous that I’ve held off for so long! 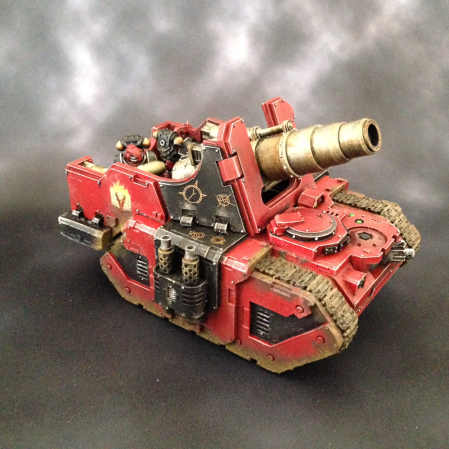 
I’m a teacher by trade. Other hobbies include, drawing, writing and training for the odd marathon here and there. I really like the theatre too.


It’s a scrapbook of what I’m up to in the hobby. Although it leans towards 30k, I’m not going to limit myself to one game system and I may touch on others as time goes on. It serves to record hobby progress, battle reports, fanfiction and a perhaps the odd article here and there. If you’re familiar with hobby blogs, it sits squarely in the centre - I’m not trying to do anything differently, but I certainly hope others enjoy it. 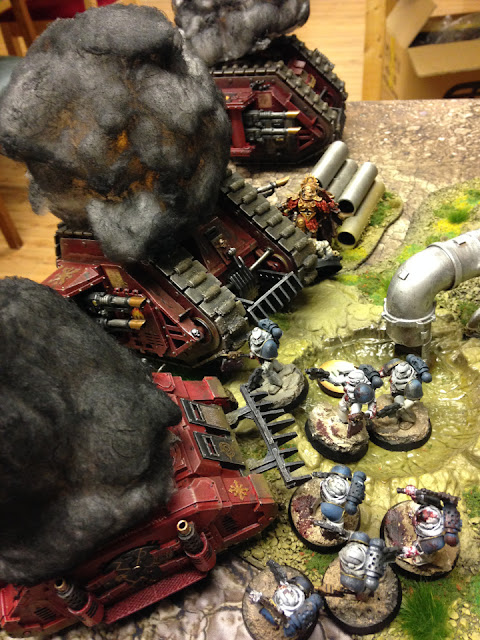 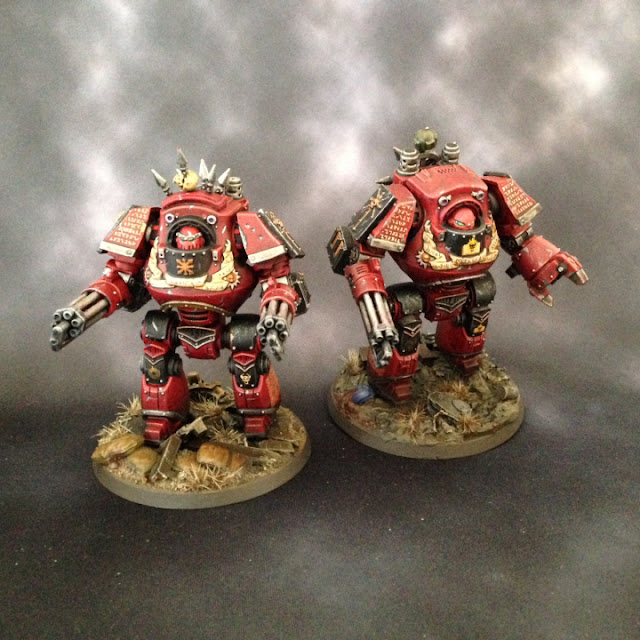 
As somebody who is about a month into blogging, I don’t think I’m well placed to answer this, but honestly, the land raider post was fun. I think I found my ‘voice’ and also just about figured my way around wordpress! 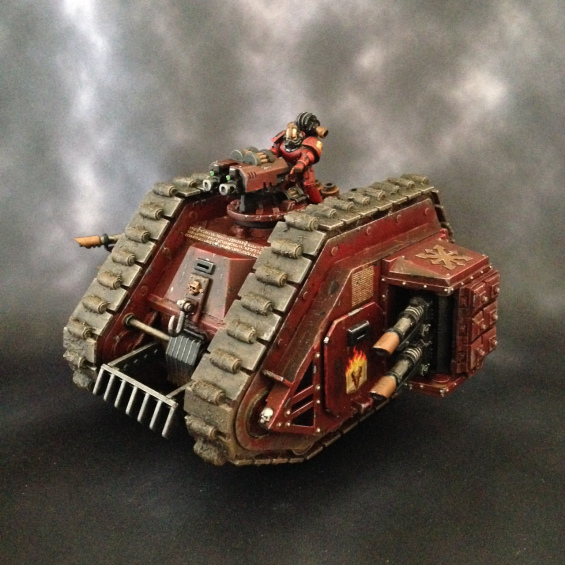 
Not that I have particularly strong views on this kind of thing, I would like to see them sort out ‘moving through cover.’ I’m anticipating (and looking forward) to the so called AOS-ification of 40k. Also, whilst templates are pretty, rolling dice is more fun and often fairer (No! Don't make me retire my trusty 3rd edition templates!- Mike). 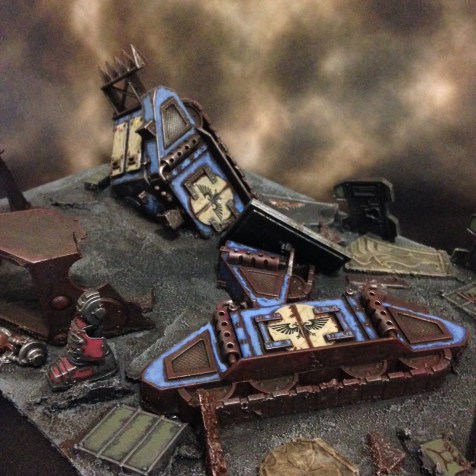 
It has to be the Word Bearers at the moment, but before then it was my Marines Malevolent and before then, Ultramarines. Essentially it’s whatever I’m playing and painting with at the time! I anticipate Genestealer Cults becoming a favourite soon...


I’ve been surprised at how interested and supportive friends and family are about the hobby and I'm pretty open to those who express interest. What I do keep from them is quite how much time and money I sink into it! 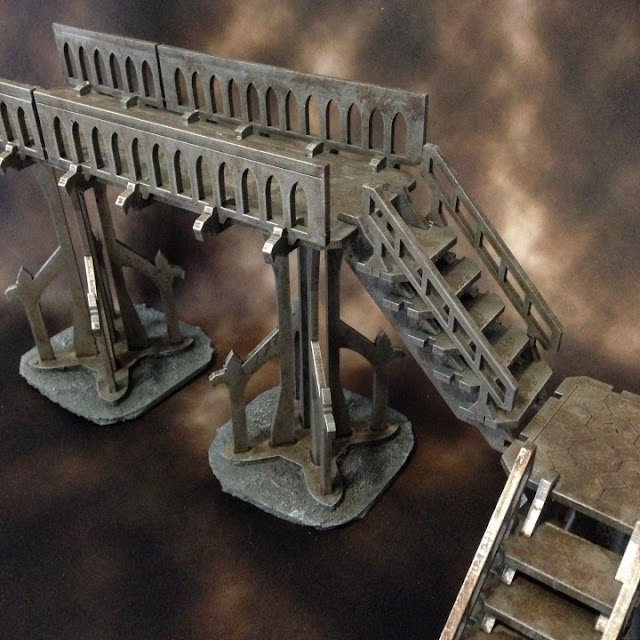 
Wet palette - all the way. It's changed my world and saved me huge amounts of money on paint!


Casual for now, but I can definitely see myself travelling far and wide to be involved in some of the awesome events taking place at the moment. 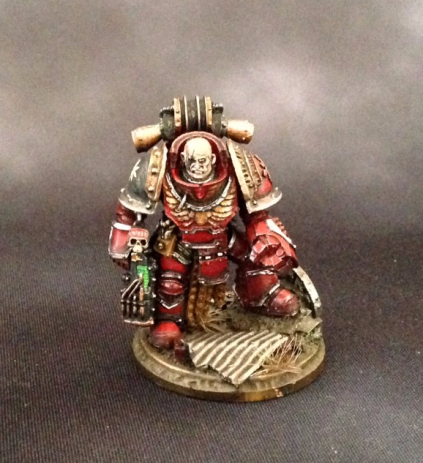 14. Nintendo or Sega?
I had neither of these… but there was something about Sega. The cutesiness of Nintendo never appealed.

15. Xbox or Playstation?
Hah! I’ve been asking lots of people this question lately as I’m finally thinking about getting a console. I think it is going to have to be the Playstation. The first purchase will be Fallout 4. 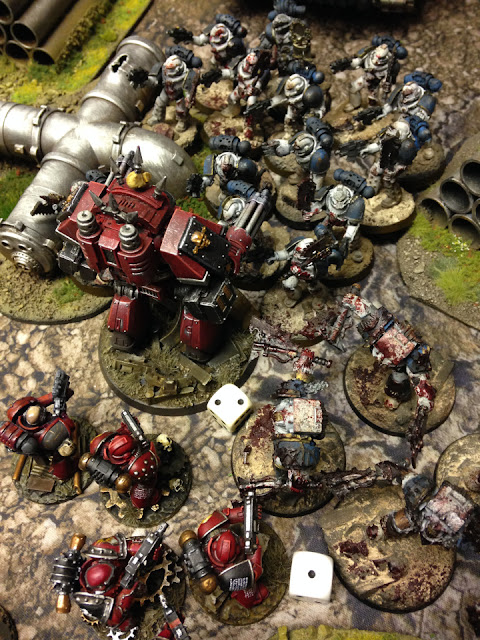 
Don’t McDonalds serve the same coffee at in Pret A Manger?


Coke. I make banners out of the cans.

Thanks to Ed for taking the time to answer my questions, be sure to check out Dark Future 30k.

I am currently looking for more participants for Better Know a Blogger. If you have a hobby blog and would like to take part, please contact me at corrm83@gmail.com.
Posted by Mike (St Andrews Wargaming) at 09:00