Rise of the Primarch Review: Part 1- Cypher and the Fallen

Welcome to the first part of my review on the Gathering Storm: Rise of the Primarch book. This part will look at the rules for Cypher and the Fallen. While that sounds like an amazing name for a prog rock band, let's see what they look like on the tabletop. 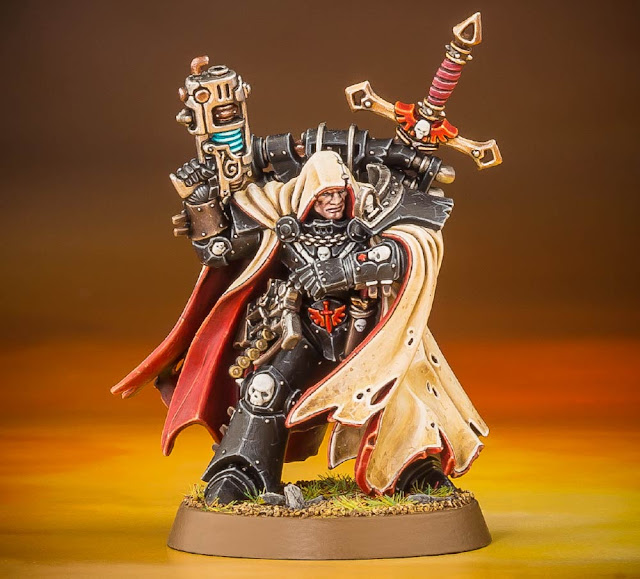 Cypher, Lord of the Fallen
Cypher can be taken in the primary detachment in any Armies of the Imperium army or Chaos Space Marine army, as long as the army does not include any Dark Angels. He does not take up any force organisation slot.

Cypher is actually a pretty good character to add to many units in the game. He provides some nice special rules for a unit and has some decent shooting and combat abilities.

He has And They Shall Know No Fear, Fleet, Hit and Run, Infiltrate and Shrouded. These provide some nice bonuses to any unit he joins- giving them a boosted cover save, better chance of charging into combat and the ability to flee from combat.

He comes armed with 2 pistols; a 16" bolt pistol and a plasma pistol, without Gets Hot. He can either shoot each pistol twice or run and shoot each pistol once. At BS10, Cypher will be hitting on a 2+ re-rollable, so has a very high chance of hitting with all his shots. In addition, he fires Overwatch at full BS. Cypher actually has some decent shooting ability. It is short ranged, but you will generally be hitting with all his shots, Two plasma pistol shots with no chance of killing yourself is pretty good. 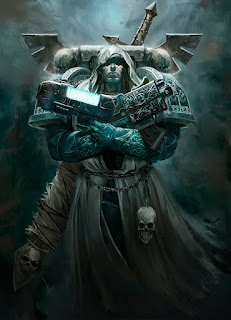 In combat, he is WS7 and I8. He has 4 attacks (3 base) and makes half the attacks at S4 AP5 and half at S7 AP2. While not amazing, it is pretty decent and should account for at least 2 dead Marines each round. He will generally be striking first and wounding on 2's at AP2 with 2 attacks, so can hold his own against mid-level characters. Don't count on him being amazing in combat, but he should provide a nice boost to a unit.

Cypher cannot be your warlord. Not only that, but your warlord suffers a -1 Ld penalty for having Cypher in your army. This shouldn't be too much of a penalty, as Armies of the Imperium have relatively easy access to Fearless, but can be of concern for things such as Astra Militarum orders or for Chaos armies.

The Fallen
Also included in the book are the rules for fielding units of Fallen Dark Angels Marines. 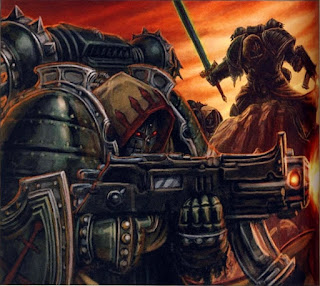 Fallen Marines are essentially Space Marine Veterans, so get +1A and +2Ld for 20 pts per model, but lose ATSKNF. They come with a Bolter, Bolt Pistol and combat weapon, so have 4 attacks on the charge. This makes them a fairly potent combat unit.

These options allow you to create a potent combat unit or shooting unit. However, there are a few drawbacks. The Fallen have no option for a transport option, so you need to have them on foot or buy a separate transport. This seems like a missed opportunity, as Chaos players would have loved some alpha-strike drop pod units. The other downside is that Sternguard can do all that the Fallen do, but better. They get ATSKNF and special issue ammunition for only 2 pts more per model.

The book also contains the rules for a new formation; Fallen Champions. This consists of Cypher and 1-3 units of Fallen. The units gain Infiltrate. In addition, any unit within 12" of Cypher gain ATSKNF and Stubborn.
This formation gives the Fallen some nice bonuses when in range of Cypher, making them less likely to flee from combat and less likely to be wiped out if they do flee.

Overall
Cypher and the Fallen are a decent addition to an army, providing some nice buffs to many armies. Infiltrating the Fallen into cover with Cypher will give them a 2+ cover save and provide them with some decent firepower.
Posted by Mike (St Andrews Wargaming) at 09:00