I first came across Modern Synthesist on Twitter and after checking out the blog, it has become a firm favourite on my reading list.

What attracted me to the blog was the awesome conversion work and painting skills on display on the blog. His most recent work on the blog has been towards his Genestealer Cults army. This has featured some of said awesome conversion skills and painting. One of the themes of the army is highlighting the hidden nature of the cult. Mr Pink has put this to great use with hooded Hybrids and Purestrain Genestealers covered in tarp! 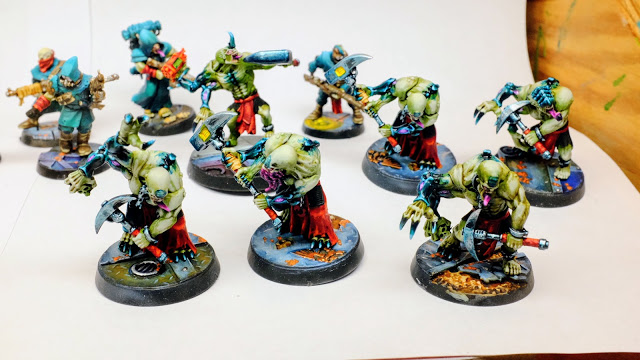 Most recently, he has been taking part in the Squaduary challenge, where he pledged an insane number of models to complete. 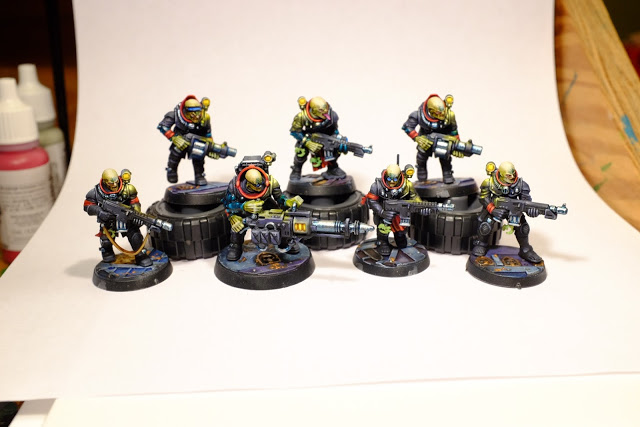 You can also find great examples of his Dark Eldar army. 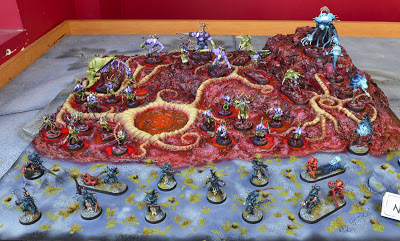 Not only a real treat for the eyes, Mr Pink helpfully provides a whole host of tutorials, helping you to improve your own hobby skills and reproduce some of his own work on the blog. In addition, you will find some great editorial pieces on the blog on a range of subjects. 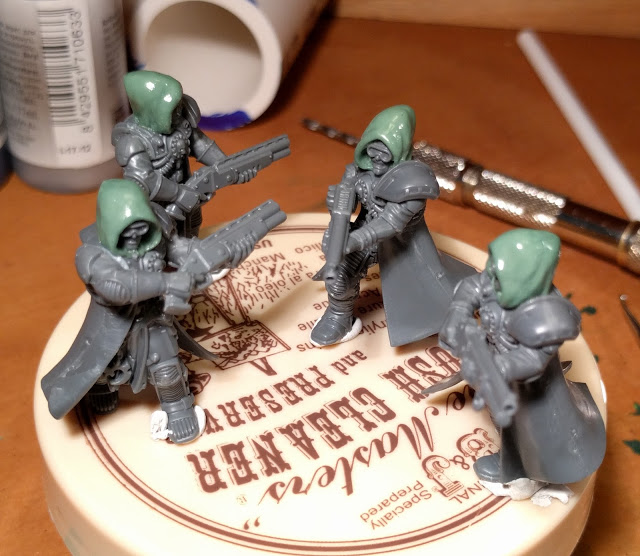 Here are Mr Pink's answers to my questions:


1. What age did you get into gaming and what started it off?
It's was the 9th Grade, so I guess that makes me... 13? My younger brother wanted to get into 40k, and I was acting as middle man to buy my friend's ultramarines for my brother. He started telling me about how cool Tyranids were, introduced me to the local 'Nid player, and when that guy opened up his model case, my fate was sealed!

2. What was the first model you ever bought/painted?
I want to say it was the 2nd Edition, pewter hive Tyrant...

... But I was too scared to screw up on such an important model, so it was this 2nd edition plastic termagant. 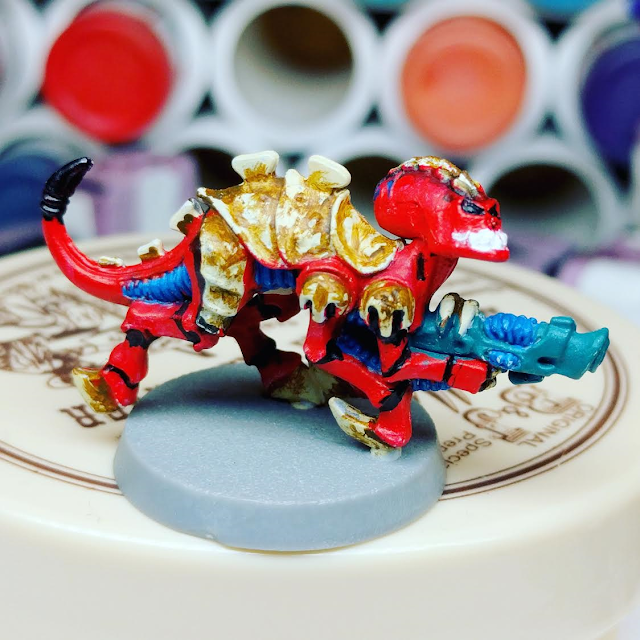 I got real confused about shading, so I just painted it red, then painted thick black lines between the carapace segments (attempting shading on your very first model?!? I knew you were destined for great things!- Mike).

3. What is your favourite aspect of gaming?
DEFINITELY conversions and building models. For years I just built and converted stuff, never painting anything. My favourite commissions are the ones where I just get to go wild converting a unit or army for someone, and don't need to worry about painting it for them as well.

I've more recently rediscovered a love for painting, both from purchasing an airbrush and learning how to properly care for my brushes!

The storytelling in the universe informs my conversions as I like converting fluffy units and armies, like my 100% Haemonculus unit Dark Eldar Kabal, The Coven of the Unmarred, and my Bladed Cog-inspired Genestealer Cult force, The Omega Strain. 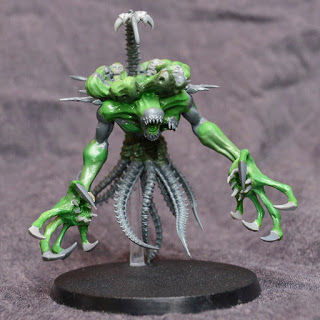 Though it didn't get me into gaming at the time, my first experience of 40k was seeing the perfect scenery board a friend's parents (artists themselves) had built for him in their basement, and seeing the pewter harlequins and rogue trader era, multi-part plastic beaky Marines square off on it. That is a pretty special memory.

However, the other candidate is sitting at the wedding of my hobby brother Hydra, in Germany, and hearing him confess that one of the things he loved most about his wife-to-be was how she fully accepted and encouraged his miniature hobbies. It made me realize these are more to us than just hobbies, and we should probably place more value in what they do for us.

Here's a photo of what that bride put up with from us dorks at that wedding. 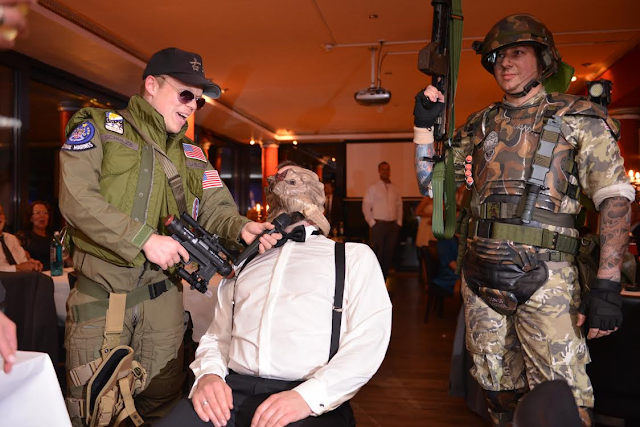 5. What are you working on right now?
Right now I'm racing to finish my Genestealer Cult force, The Omega Strain, for a tournament at the end of April. Turns out I work best when under a deadline!

On the back burner I have my Haemonculus Coven. Though I made a good showing of them at Armies on Parade this year, I have a bunch more ideas and projects on the go for them that I'll need to get back to.

In the distant future after those two, the recent reveal of Ynnead and the new Ynnari faction for Eldar has got me thinking of some dastardly conversions. Ynnead is meant to be a God of Death, but it's so bright and shiny and clean. Sounds like the perfect candidate for a darker scheme and a more twisted conversion. And, of course, I would need to accompany a death God with some similarly dark and twisty minions, like my just-formed idea of WRATHbone constructs. Yes, Wrath, not wraith. Think wraithbone constructs that were corrupted, died, but then were pressed back into service of the God of Death in the Eldar’s time of need. I have literally just come up with this idea, but I'd be excited to get some minis and try it out! 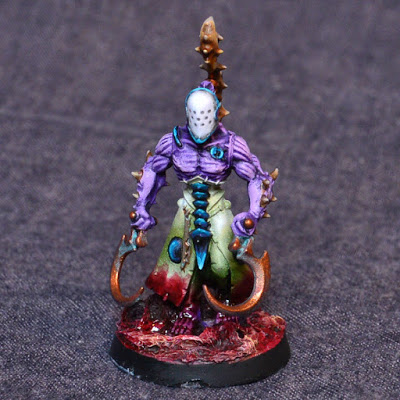 6. When you are not conquering the tabletop, what do you do?
I work in communications and marketing, and when I'm not doing that I have a photography business on the side. When I'm not doing those things, and not hobbying, I fancy myself a writer, but I get/make comparatively little time for that these days :(

7. What would you say about your blog to someone who has never read it to draw them in?
If you're dissatisfied with the idea of assembling Miniatures stock, right off the sprue, and you'd rather be converting them, my Modern Synthesist blog is for you. Also, if you'd like to work with Greenstuff more, but you've been frustrated every time you've tried, you should come check out my layman’s terms sculpting tutorials, the How to Sculpt Miniatures series, where I can get you started from square one. 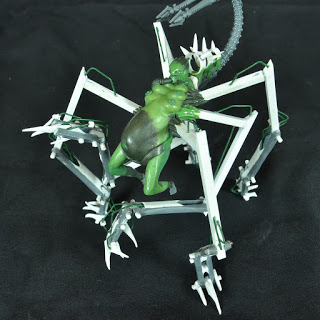 8. What is your favourite article that you have written?
I am pretty happy with the How to Sculpt series, but I'm similarly fond of my tribute to my late hobby friend Ross Nickel. 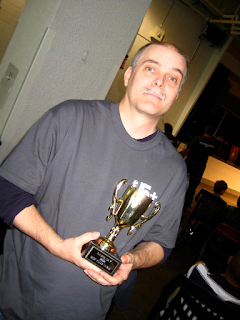 ...which is a picture of him from our award-winning Tyranid table build project, the Infestation of Casavant Prime, which I worked on with Ross and is the most epic project I've ever completed.


Codex Adeptus Astares (you're all about making friends, aren't you?- Mike).

I get that there needs to be an easy in-road for people coming into the hobby, but I think Space Marines are, rules-wise and model-wise, about the single most boring thing in this hobby. Their fluff is kind of interesting on a high level, but is boring as dirt in the day-to-day. They're the safe alternative in so many different ways, and I think the hobby would be more interesting without them. 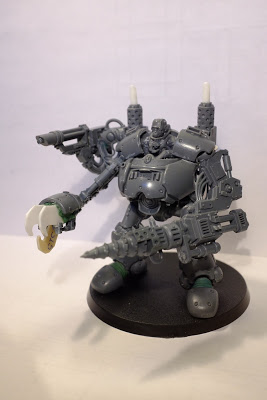 10. Which of your armies is your favourite?
It was the Tyranids for a long time, but I've since found more interesting things to play with as part of my Dark Eldar Haemonculus Coven >:) 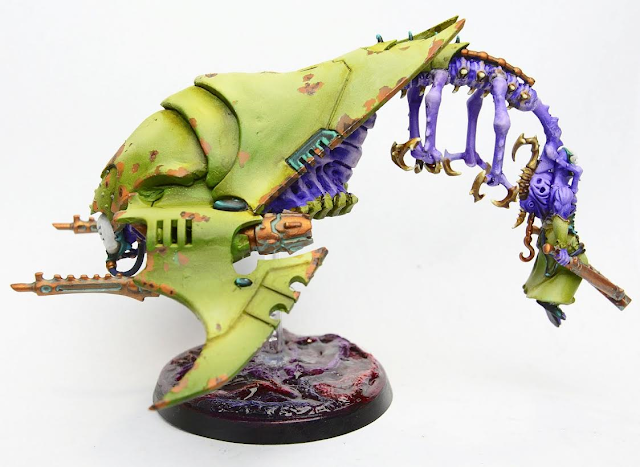 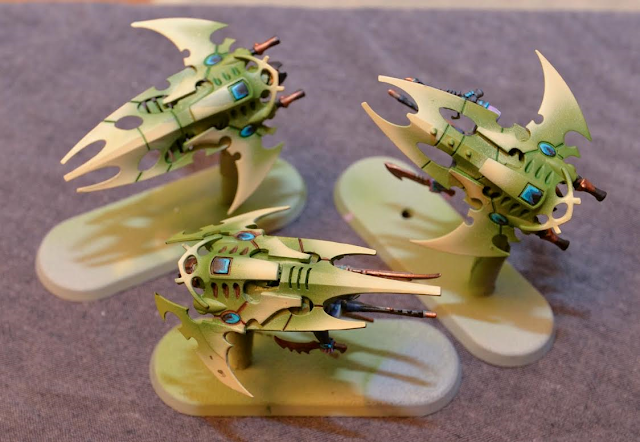 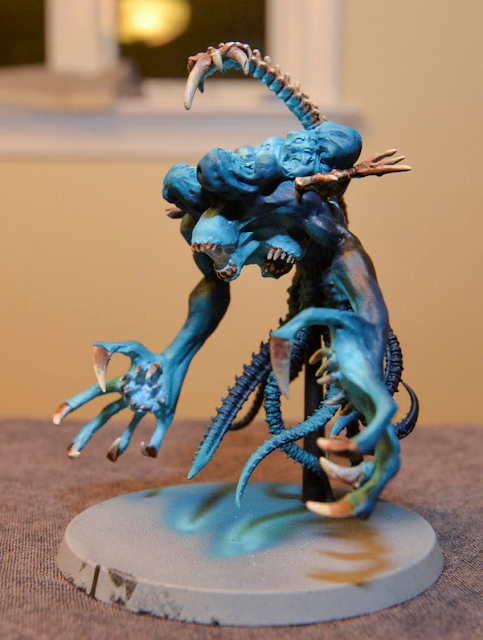 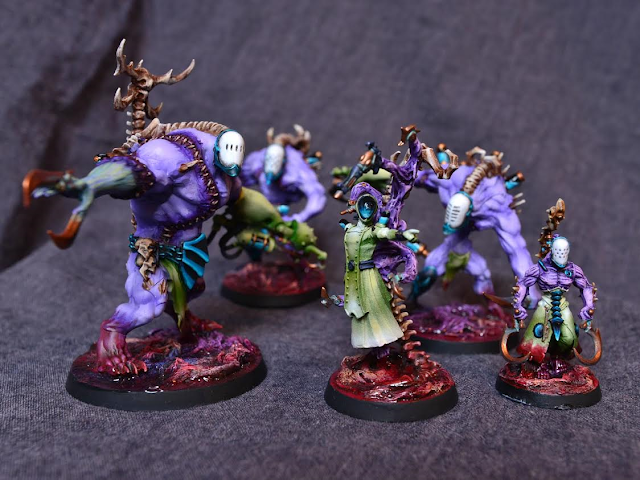 11. Secret wargamer or loud and proud?
Was secretive for years, but am starting to get louder and prouder with support from the Norn Queen. She keeps telling me its admirable that I actually have a hobby, which boggles my mind.

I feel like there's a lot of self imposed stigma in the hobby. We don't tell anyone about it out of fear of having other people scream "NEEEERD!" at us. However, when I show uninitiated friends the things I'm sculpting and painting these days, quite often they're REAL impressed.

12. Any hobby tips or cheats to share?
If you want to sculpt anything, go buy some Apoxie Sculpt. It is cheap and plentiful, and it can really extend your Greenstuff supply when you mix them.

Other than that, please, for the love of the Emperor, store extra Greenstuff in the freezer when you mix too much. Heck, when you mix just enough, put any that you're not immediately using in the freezer! It stops the curing reaction, and you can go to the freezer, take that stuff out, and use it for about 1-2 days after you put it in.

All of these tips come from my How to Sculpt Miniatures series, which is meant to get anyone started on sculpting.

13. Tournament or Casual?
I basically never play, so casual.

Playing is the thing I do least of, but I've gone and signed up for a tournament on April as motivation to finish my cult, so it will be baptism by fire!

14. Nintendo or Sega?
Is this even a thing anymore? Nintendo, ever since SNES. Favorite game of all time is still Chrono Trigger.

15. Xbox or Playstation?
Nope.
But, if I had to choose, PS for Square Enix RPGs

16. McDonalds or Burger King?
Only really interested in McGriddles, so I guess McDonald's


Thanks to Mr Pink for answering my questions. If you haven't heard enough about Mr Pink and Modern Synthesist, you can check out his guest appearance on the Chapter Approved podcast to get more info!

I am currently looking for more participants for Better Know a Blogger. If you have a hobby blog and would like to take part, please contact me at corrm83@gmail.com.