With my battle reports and army review completed for the recent Birthday Bash tournament, I thought that I would share my thoughts on how I thought the tournament went and what I thought of the venue. 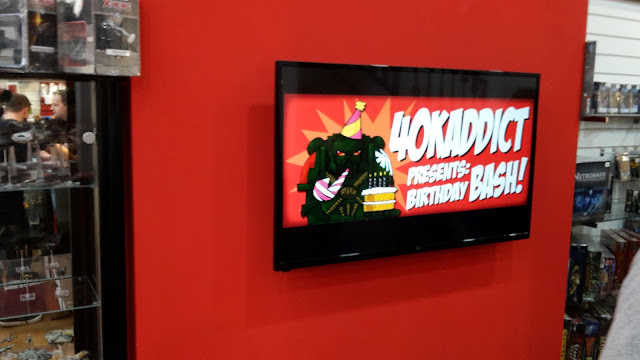 Overall, the experience was great. I had a brilliant time at the tournament and the store was great too.

Birthday Bash Tournament
The tournament format was as follows:
Armies
I really liked the restrictions in place for building the army at the tournament. I am generally a big fan of the CAD and I like 1500 points games. There is enough interesting stuff on the table to make the game worthwhile, but the games do not take such a long time. It also forces you to make important choices in your army, as you cannot take all the best toys.

The Lords of War restriction was ok too. Looking around, I didn't see too many on the tables. I think there was a Wraithknight, the Chaos Knight I played and a Tyranid Forgeworld flyer thing.

In future years, I would like to see the format stay roughly the same (though this would depend on what happens with 8th edition). Keeping formations out of the tournament is a nice change. Do you go for the minimum "troops tax" and hope your big toys can get the job done, or do you load up on Objective Secured units to dominate the maelstrom missions? I think we can guess which I favour.

Missions
I am a huge fan of maelstrom missions in general. I think they add a nice element to the game and give armies a chance that would otherwise struggle in a straight Kill Points or end of game objectives mission. The three different maelstrom missions were a nice mix throughout the day (though we got the wrong mission in game 2!).

I wasn't wild about only being able to score 2 maelstrom cards per turn when I first found out about it, but it worked really well in the game. I am only used to the maximum two cards in ETC missions, where you also score kill points and end of game objectives. In this type of format, going for the maelstrom points can be a disadvantage at times.

However, the format in Birthday Bash was a lot of fun. It stopped players running away with the game, as each card was only worth one point. It also creates some nice tactical choices where you have to choose which two cards to go for and whether to save the third card for next turn or discard it and hope for a better draw.

I think only having each card worth one point was a good decision too, again, stopping players from running away with the game after a single good turn of scoring. There was never a point during my games where I didn't think that a couple of good turns could completely turn the game around.

I also liked that you could discard impossible cards based on the current state of the game, not the starting army list. Being restricted to the "possibility" of cards based on starting list seems like a punishment in most cases. If you are able to kill the enemy warlord or all the psykers in advance, why should you be forced to hold onto a card that is impossible to do from that game turn onwards?

The reduced maelstrom deck is also nice in the game. The only issue was that if the game went onto turns 6 or 7, you needed to recycle the deck as you ran out of cards. I would suggest maybe adding another set of the seize objective cards to the deck to prevent players running out. Though I do see the logic of allowing players to potentially score ever card in the deck.

If I recall correctly, all the games were 2.5 hour rounds. This was plenty of time for my games. I finished the first game with an hour to spare, the second game went right to the end and the third game finished with about 30 minutes to spare. All games finished naturally, either at the end of turn 6 or on a die roll. I didn't feel rushed in any games, there was plenty of time to chat and have bathroom and drinks breaks.

Overall Experience
As I have said above, I had an absolute blast at Birthday Bash. It was a really friendly environment, and I had a great time catching up with other Bloggers and players at the event. I big shout out to Henni for coming all the way from Germany to take part in the event. He was a great laugh during the day too. Also, a big thanks to Dave, Jonathan, Robert and Liam for all the fun during the day.

Wargames Store
The tournament was held at Wargames in Southport. This was the first time that I had ever been to the store, and I was very impressed with it.

The store was huge. The ground floor consisted of the shop front and a few gaming tables for training games. There were two other floors filled with gaming tables, easily able to accommodate the 28-person tournament being held on the day.

The tables were all fantastic. Each had a gaming mat and some great terrain on display. There was plenty of room between each table, so not too much uncomfortable shuffling between players. There was plenty of storage space for cases and coats away from the table, but not a great deal of space at the table, so I tended to use my chair. The store also had a ton of trays people could use for transporting their army. The tables were a bit low for me, but I am quite tall, so may have been better for others.

The staff were very friendly and hugely helpful during the day. I had a great time chatting with them during the day, and they were always on hand to offer tea, coffee, drinks or beer to the table as you played. The toilet facilities were also excellent.

The food for lunch was amazing! I am used to a sandwich, crisps and drinks at these events, but the lunch at Birthday Bash blew me away. There was a range of hot food and sandwiches and I ate my fill. The BBQ chicken legs were particularly tasty. 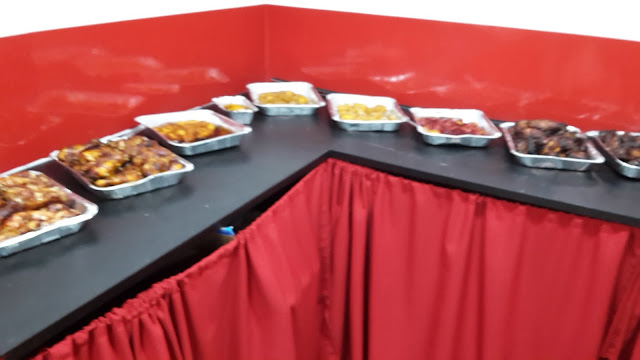 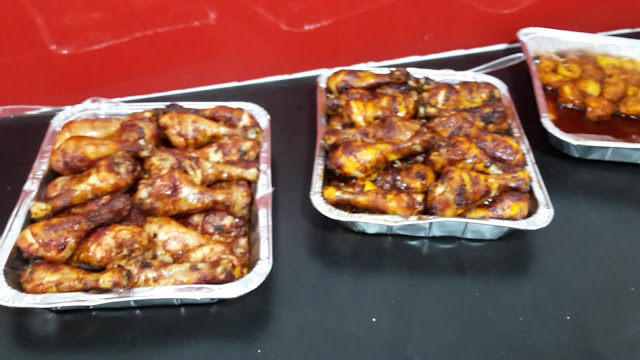 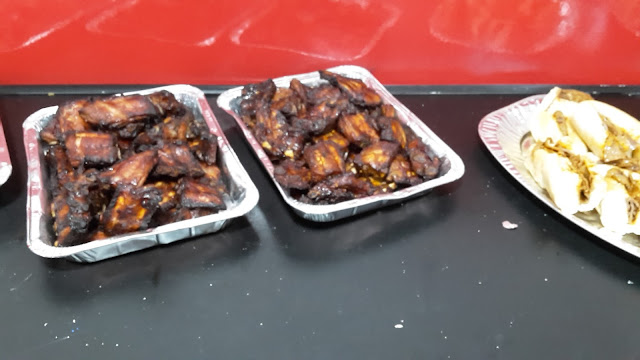 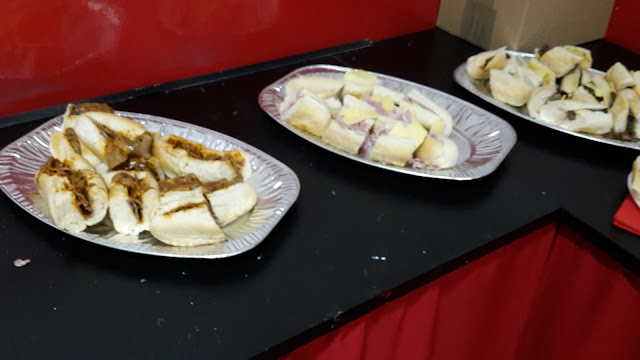 The store had a good selection of GW stock, as well as other gaming systems. Unfortunately, they didn't appear to have any Genestealer Cults items in stock, as I was hoping to spend my voucher on some new kits.

The only downside for me was the lack of parking at the store. All the streets surrounding the store were metered, and it would have been very expensive to park all day. Fortunately, there was an all day car park down the road. £3.50 for 12 hours parking is an absolute bargain, but I did only have about 15 minutes to spare on my ticket at the end of the day. The car park is only around a 5 minute walk from the store, but it could be a pain if you have a particularly large army or a lot of stuff to bring from your car.

Overall, I was very impressed with the store. If I can make it to Birthday Bash next year, I will be very happy. I just need to remember to stay for an extra night. A three hour drive back to Newcastle was a bit of a killer after gaming till 8 pm. Plus, it  would have allowed me to partake of a beer or two during the event!

To finish off, here are some random photos of the models on display at the store and some random games. 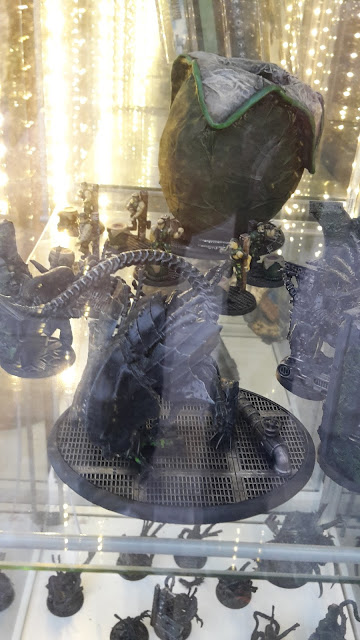 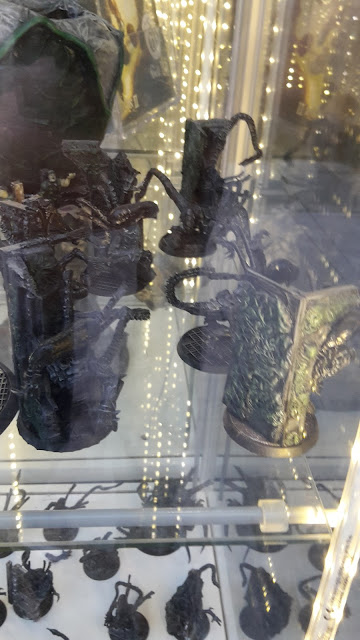 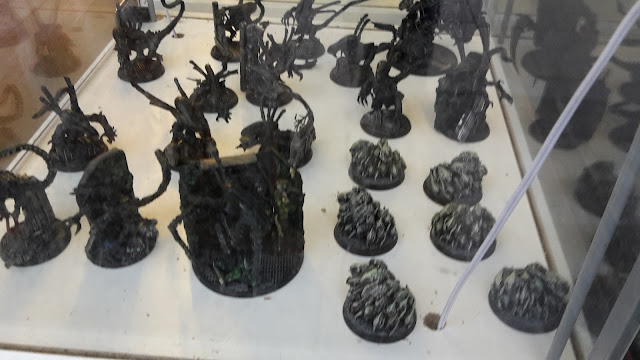 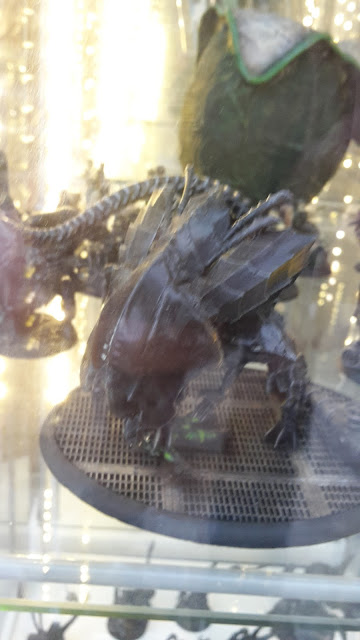 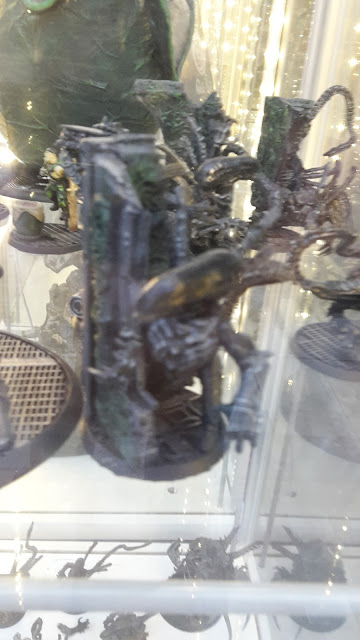 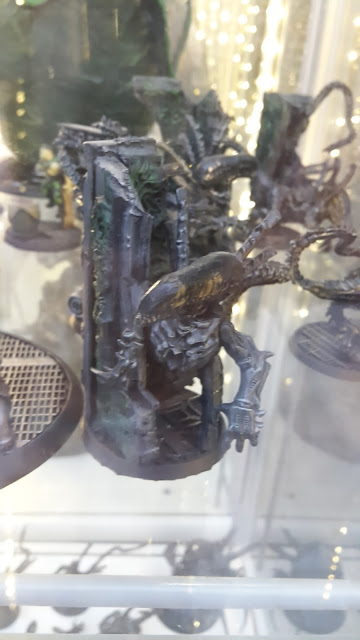 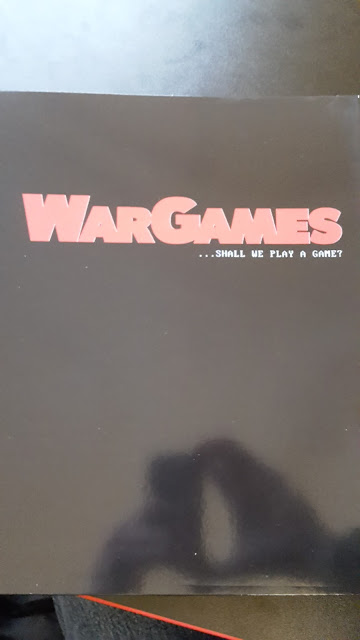 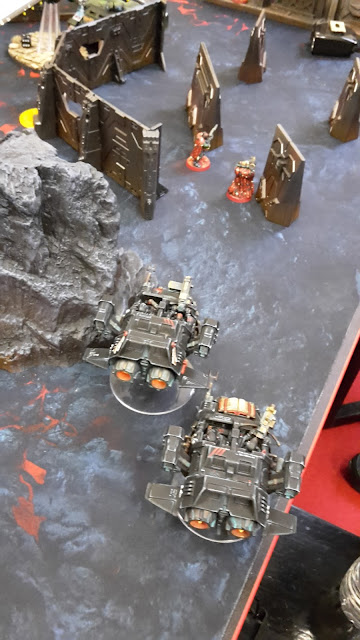 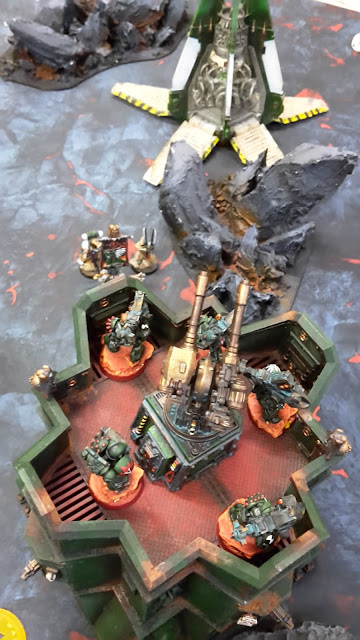 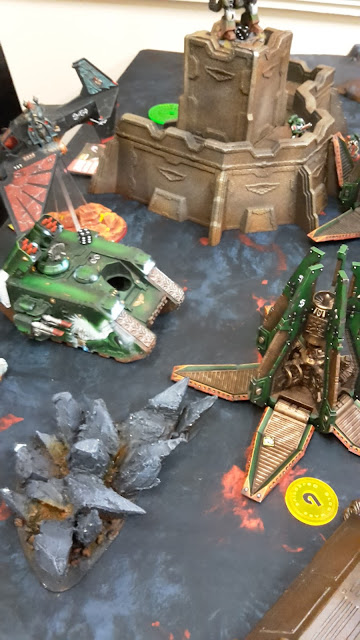 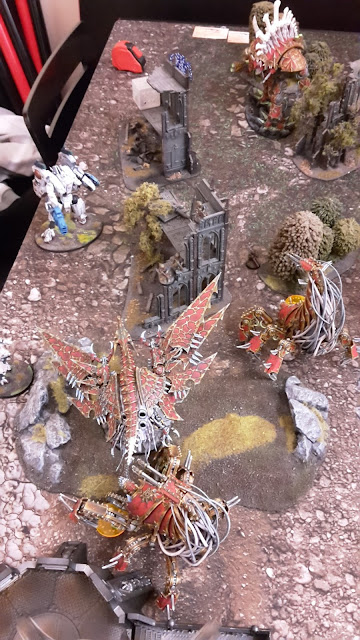 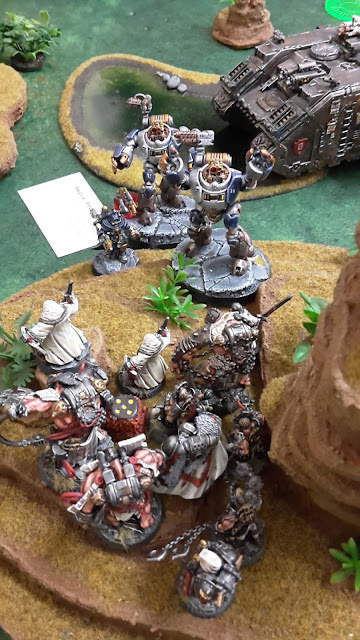 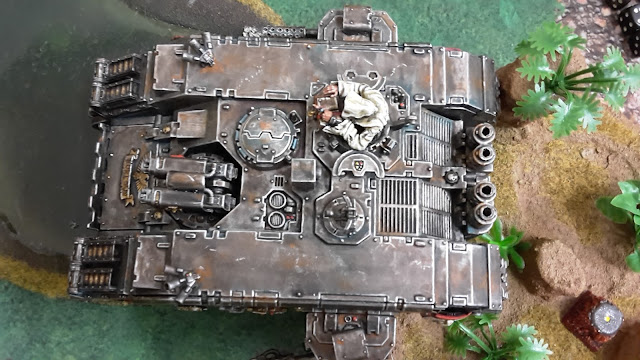 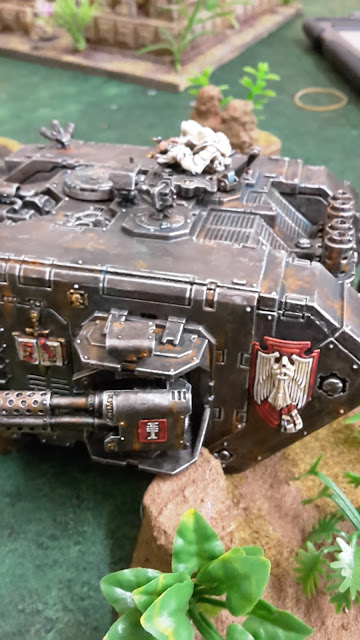 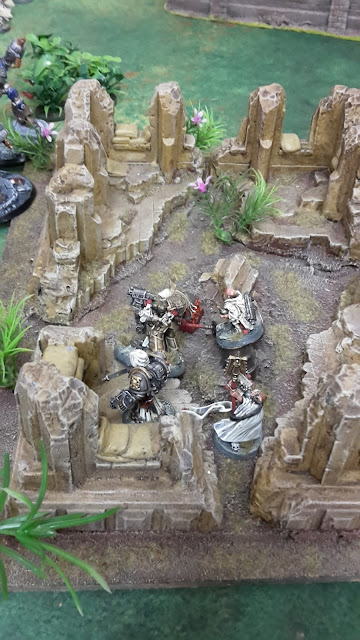 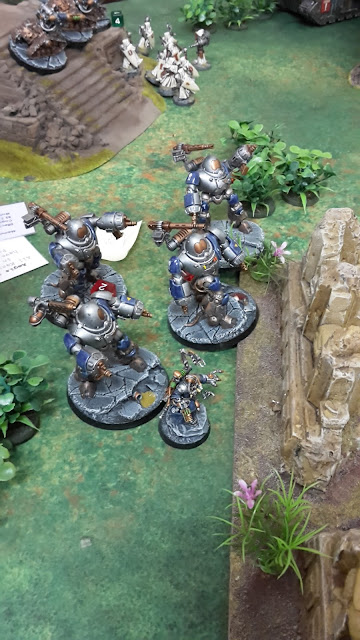 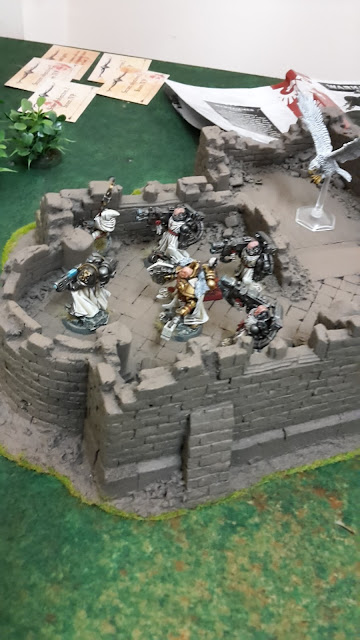 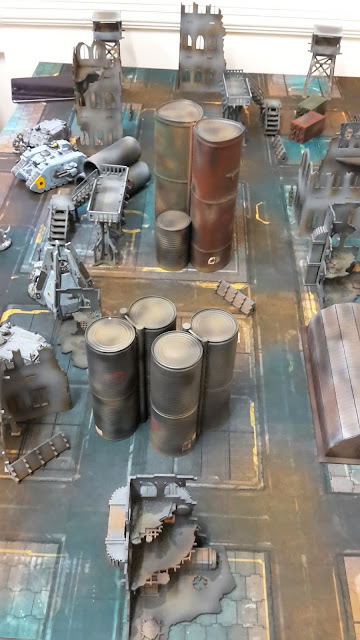 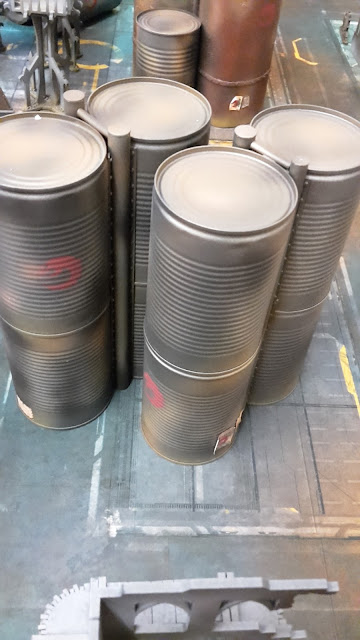