Welcome to next part of my Angels of Death Codex Supplement review. This section will look at the new Space Marine forces that were included in the supplement, those based on the models from the Betrayal at Calth boxed set.
Terminator Captain 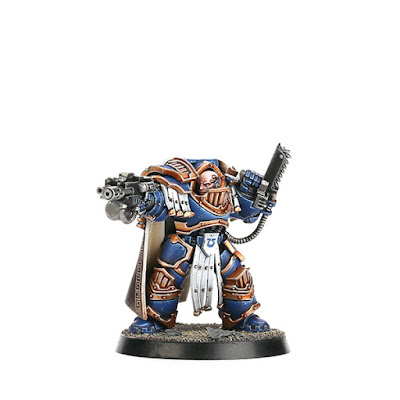 The Cataphractii terminator armour gives the Captain Slow and Purposeful instead of Relentless and no sweeping advances that normal terminator armour confers. The big bonus though is that it allows the Captain to re-roll invulnerable save rolls of a 1. So, a Captain model with a 2+ armour save and 4+ invulnerable save with re-rolls of a 1 is going to be pretty durable. Even though the text says the re-roll is provided by the interaction of the terminator armour and Iron Halo, it does not say the re-roll is restricted to the Iron Halo save. I have already faced a Cataphractii terminator Captain armed with the Shield Eternal, so granting a 3+ invulnerable, with re-rolls of 1's. For the free cost of the upgrade, I don't see why you would not do so.

The Captain can also be armed with a Relic Blade, any Terminator Weapons, special issue wargear or any chapter Relics, but cannot be upgraded to a Chapter Master. 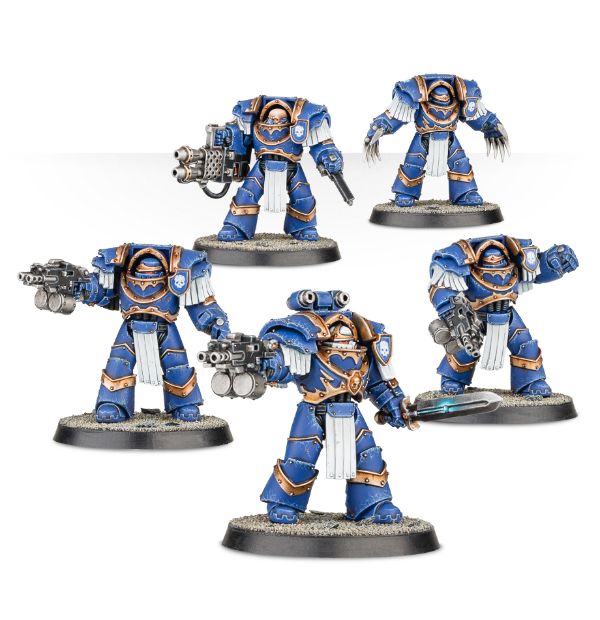 The upgrades are generally the same for the Cataphractii terminators, but they only heavy weapon they can take is a heavy flamer. Also, the sergeant can exchange his power sword for a power fist for free. I like this change and wish it could apply to regular terminators too, as I would rather the extra power fist attacks to a single power weapon in the squad.

In addition, the sergeant may take a grenade harness, which is a short range, S3, assault 2, blast weapon. Ideal for firing at a unit before you assault them.

Overall, I like the Cataphractii terminators. In an edition where Terminators are regarded as being pretty poor choices, the increased invulnerable save is useful for increasing their durability at the expense of a reduction in firepower compared to a normal terminator squad.

You also have the option to replace the squad's power fists with lightning claws for free. I like this option is very useful for the terminators. You don't get the AP2 of the power fist, but you will be striking at initiative with AP3. A unit of terminators charging marines will put out 15 attacks with shred re-rolls to wound. That should be able to decimate most marine units without access to AP2. One of the annoyances of terminators is having to strike last and risking the chance of losing models by failing your 2+ save. In addition, you will also have some firepower for the unit as opposed to taking dual lightning claws. 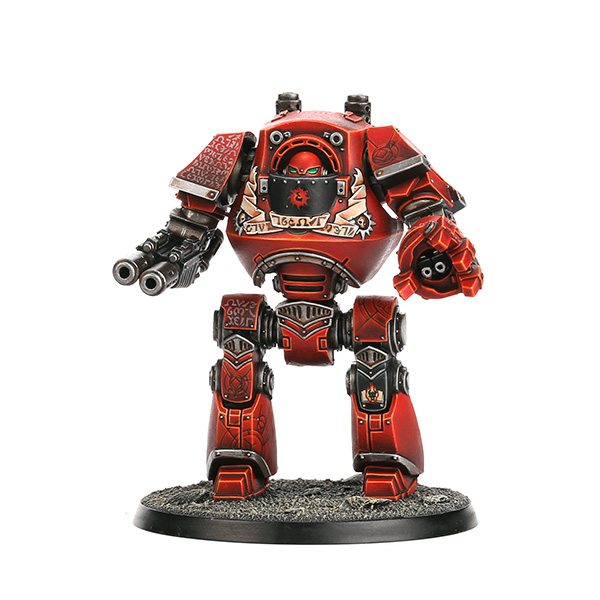 Coming in at 45 pts more than a Venerable Dreadnought with a multimelta, I think the Contemptor Dreadnought is well worth the price and a very valuable unit.

The Contemptor comes with WS5 and BS5, making it better at shooting and hitting marines in combat (with its 4 attacks base). More importantly, it comes with front armour 13, making it immune to most units in combat, outside of those armed with meltabombs or power fists. Krak grenades will be unable to harm it, and haywire is less of a threat now it is limited to one attack per phase. This means your Contemptor should be able to hold up most units in combat for a long time.

In addition, it comes with fleet (great for ensuring you charge) and atomic shielding, giving it a 5+ invulnerable against shooting and 6+ invulnerable in combat.

Upgrading to the assault cannon makes the Contemptor pricey and it can still be one-shotted by anti-tank weapons. You also probably want to use a drop pod to get it up close with the enemy, making it even more expensive. I need to try one of these in my games and see if it is worth the cost for what it brings to the table. If only you could arm it with two Kheres assault cannon, this thing would be a killer.

Overall
The new unit datasheets give you some great options for including your Betrayal at Calth miniatures in your regular 40k games and provides some nice buffs to regular units in the army, as well as a great new Dreadnought to try out.