Part four of my 9th edition Dark Angels codex review will look at the Interromancy Discipline psychic powers that you can add to your army. 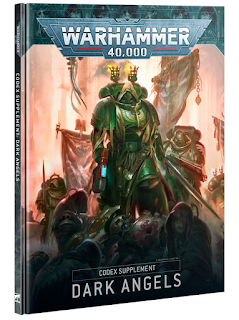 Interromancy Discipline
Mind Worm (WC6)- Select one enemy unit within 18", he unit suffers 1 mortal wound. Until the start of the next psychic phase, that unit is not eligible to fight in the Fight phase until all eligible units from your army have done so.
A pretty solid power. The extra mortal wound is nice, but forcing an enemy unit to fight last is really strong against certain army builds. This allows your combat units, such as Black Knights or Terminators, to ensure that they can attack without an enemy unit cutting them down before they get a chance to strike.
Aversion (WC6)- Select an enemy unit within 24". While the unit is within 6" of the Psyker, subtract one from the attacks characteristic of that unit. Any time an attack is made by the unit, subtract 1 from the hit roll.
A good power for de-buffing an enemy unit. Getting -1 to hit is not as strong as it once was, as these can no longer stack, but it can still be pretty powerful. Also strong against melee attacks, where -1 is more difficult to get. Reducing the attacks of the enemy unit is also strong. This doesn't specify reduce the attacks by 1 to a minimum of 1, but I expect this to come in the FAQ. If not, this is really powerful against standard infantry.
This also stacks really well with the Line Unbreakable stratagem. Forcing only enemy models in engagement range to be able to attack, along with -1 to hit and -1 attack really hinders the damage output of an enemy unit and could help your psyker survive or other units survive a powerful enemy melee unit.
Righteous Repugnance (WC7)- Select a friendly Dark Angels unit within 12". Until the start of the psychic phase, each time a model in that unit makes a melee attack, you can re-roll the hit roll and the wound roll.
A bit tougher to cast, but well worth it for most units. Even an Intercessor unit in the assault doctrine will get good use of this power, with their volume of attacks. This power becomes incredible with Black Knights or Deathwing Knights/Terminators, maximising their damage output. I just wish I could field a Librarian in an all-Ravenwing army, as this would be a key power for boosting the melee damage of the Black Knights or other characters.

Trephination (WC5)- The closest enemy unit in 18" and line of sight of the psyker suffers D3 mortal wounds. If the result of the psychic test was greater than the Ld of the enemy unit, they suffer 3 mortal wounds instead.
An extra smite that has the potential to do more damage on a high psychic test roll. You are likely going to need to beat Ld8 in most cases, so don't count on it too often. A nice power, but not one I would probably take that often. Nice to get extra mortal wounds if you are facing an army that really doesn't like them. Ironically, this is great against other Inner Circle units.
Engulfing Fear (WC7)- Select an enemy unit within 24". The unit is at -1Ld and cannot use Objective secured or other similar abilities. If the psychic test is equal to or greater than the unit's Ld, they cannot perform any actions and any action they are currently performing immediately fails.
This has the potential to be a very powerful psychic ability. In a game that is heavily focussed on holding objectives, the ability to turn off objective secured is very powerful. This has the potential to be game winning in many cases, as a horde of enemy models cannot score the objective if you can get an obsec unit in range.
The ability to turn off actions is also great. If this is successfully cast, you can generally count on it shutting off an action thanks to -1Ld of the power as well. Only units with Ld of 9 or more will require you to get luckier with the roll. There are few obsec units with such a high Ld in the game, so shutting down enemy actions is going to be very powerful. Not only will the enemy unit no get to do anything in their own turn if they are performing the action, but you will also stop them from scoring it.
Mind Wipe (WC7)- Select one enemy unit within 18" and select one aura. Until the start of the next psychic phase, the unit loses the aura ability.
This is an incredible psychic power for shutting down an enemy character or unit. This can put a serious crimp in your opponent's plans by removing a key character ability. For example, overcharging on plasma weaponry gets a lot riskier without a Captain's ability to re-roll 1's to hit. Equally, shutting off an Apothecary's FNP bubble is great for making sure that your attacks do maximum damage.
I'm not sure if this can be used to shut off aura Litanies, but I think it can. The ability is not active until you pass the roll, but there are many abilities that are not active until you select a unit in the command phase. The ability to shut down the +2 to charges and extra consolidation is strong if your opponet is relying on it for getting off some key charges in their turn. 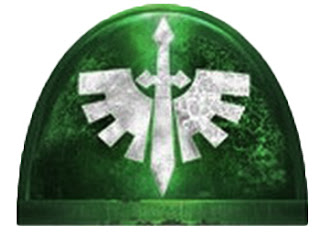 Overall
The Dark Angels have access to many great psychic powers. In fact, I don't think there is a bad power in the discipline and can see uses for all of them.
For me, Engulfing Fear and Mind Wipe are the two best in the table. They can seriously disrupt your opponent's plans by shutting off key abilities in their army. I think these will be very popular choices for Dark Angels players.
Posted by Mike (St Andrews Wargaming) at 09:00