The next part of my Imperial Knights codex review will take a look at the Knight Castellan. This is the first of the new Dominus Class Knights in the new book, even bigger Imperial Knights with a ton of potent firepower. 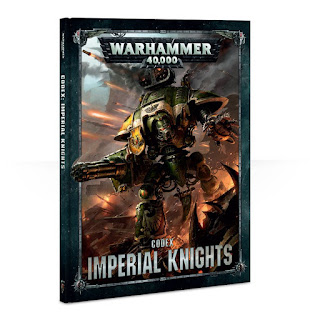 Knight Castellan
The Dominus Class Knight is a beast of a Superheavy Walker. It comes with T8, 28 wounds, a 3+ save and 5+ invlunerable save against shooting. It is going to take a lot of firepower for most opponents to get through that. You can boost this even further with the Rotate Ion Shields, giving it a 4+ invulnerable save against shooting attacks, but this does come at a big cost of 3 command points.

Not only is the Castellan tough, but it can put out a lot of potent firepower. The Knight comes armed with a Plasma Decimator, Volcano Lance, two Shieldbreaker Missiles, two twin Shieldbreaker Cannons, two Twin Meltaguns and Titanic feet. All this for a whopping 604 pts. As you can see, the Knight Castellan is a big investment in an army, but I think in most circumstances, it will more than make up for its big points cost. 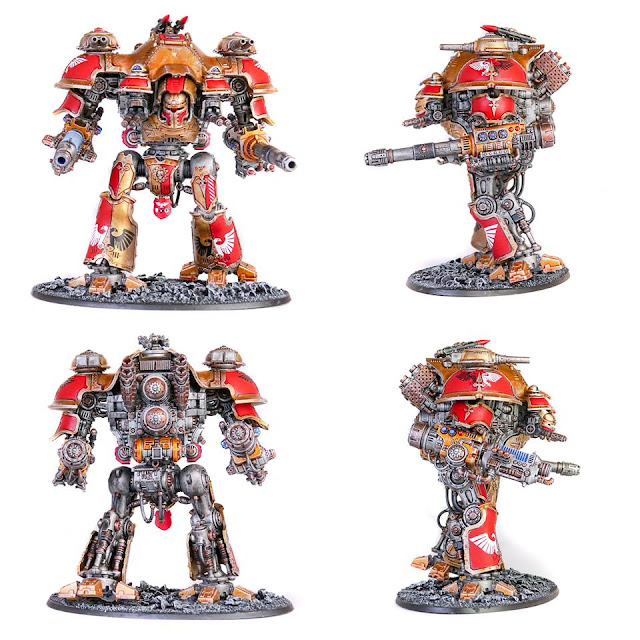 The Plasma Decimator is a giant Knight Plasma Cannon. It has 48" range, S7, AP-3 and 1 damage, doing Heavy 2D6 shots. If you overcharge, it goes up to S8 and 2 damage, but each roll of a 1 to hit does mortal wound on the Knight. This is a strong weapon for the Castellan, giving it about 7 Plasma Cannon shots on average. At full strength, the Castellan has little risk from overcharging the Plasma Decimator, especially with a source of re-rolls available, either through the Household traditions or stratagems. The Plasma Decimator is a strong weapon against a range of targets in the enemy army.

The Volcano Lance is designed to take out enemy units and other superheavies. It is 80" range, Heavy D6, S14, AP-5 and 3D3 damage. In addition, you can re-roll failed wound rolls against Titanic units. The Volcano Lance is a vehicle and monster killer! With a decent number of shots, you should be able to take out an enemy vehicle in a single shots. In most cases, you will be wounding enemy vehicles and monsters on a 2+ and ignoring the enemy armour saves. The 3D3 damage is also great, allowing you to do between 3 and 9 damage with each wound, an average of 6 damage for each wound. This is a lot more reliable than D6 damage, as you will always be doing at least 3 damage with each successsful wound. Again, with a source of re-rolls to hit, this is a potent weapon for taking on enemy armour. On average rolls, you should be able to kill a vehicle a turn with this weapon. 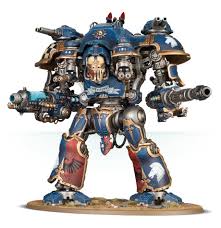 The Seigebreaker Cannons further add to the anti-armour firepower. The Knight Castellan comes with two Cannons, which are 48", Heavy 2D3 shots, S7, AP-1 and D3 damage. This gives you a further 4D3 shots which should be able to take a couple of wounds off an enemy vehicle or monster, and will worry most basic infantry with ease. You have the option to replace the cannons with another two Shieldbreaker Missiles if you wish to.

The Shieldbreaker Missiles can be a potent one-shot weapon for taking on a range of enemy units. You can only fire each missile once, and only one can be fired per turn. They are 48", Heavy 1, S10 AP-4 and D6 damage, ignoring invulnerable saves. That is a pretty good profile, allowing you to threaten most enemy units you will face. You will probably not be destroying many units in a single volley, but very useful for getting past units with a tough invulnerable save, such as enemy characters or vehicles. The one shot means you may need to spend an extra command point to ensure that you hit.
This weapon gets even better with the Oathbreaker Guidance System stratagem. For 1 command point, this allows you to target an enemy character and/or a unit that is out of line of sight with the Missiles. With a good damage roll, this potentially allows you to kill an enemy infantry character in a single shot. This is great for taking on an enemy warlord, particularly if they have a stratagem allowing them to regain command points, shutting down your opponent's command point farm in one shot.

The two Twin Meltaguns are a nice bonus, giving you even more anti-armour firepower, but you will need to get really close to get the best effect.

As can be seen above, the real strength of the Knight Castellan is its firepower. Enemy vehicles and Monsters should melt before its firepower, as it has the potential to take out one or two a turn with some good rolls.

It is also not such a slouch in combat. With the Titanic Feet ability, it gets 12 attacks at S8 AP-2 and D3 damage with each wound. This should allow it to hold its own in combat against any infantry it finds itself in combat with, most of whom will struggle to hurt it back.

The Knight is not so easy to tie down in combat either, as it can now fall back over infantry models and still fire at full effect. This means that even surrounding the Knight Castellan in combat is not enough to shut it down. You will need to surround it with enough bodies to make sure it cannot fall back to more than 1" away from a unit to keep it locked in combat. With a 10" move, this is going to be very difficult for most armies to achieve.

As per most Knights, it ignores the penalty for moving and firing Heavy Weapons, so can move around the tabletop and still get full effect from its firepower for most of the game. 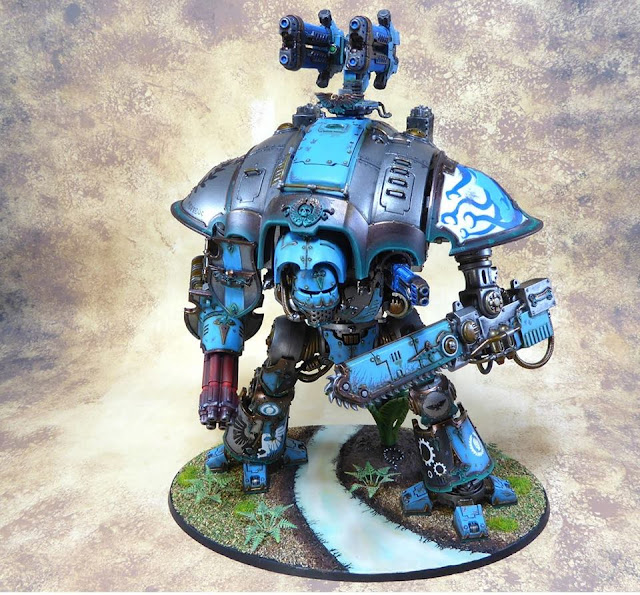 I see the Knight Castellan as a great backfield unit. It can use its superior firepower range to be a threat to most enemy units, making it a big threat that your opponent will need to deal with. If your opponent has a lot of vehicle. monsters or multi-wound units, this is a great threat to them. Where it may suffer is against horde armies, where it simply doesn't have the volume of shots to deal with a unit of 30 single wound models.

The Household traits, relics and stratagems can make the Knight Castellan even more powerful.

While expensive at 3CP, the Rotate Ion Shield stratagem is great for keeping the Knight alive, giving it a 4+ invulnerable save against shooting attacks. You can even combine this with the Ion Bulwark warlord trait to give it a 4+ invulnerable save against shooting, going up to 3+ with the stratagem. Combined with the Armour of the Sainted Ion Relic, you now have a 2+ armour save as well, making the Knight an incredibly tough prospect to get rid of. Not many armies will be able to ignore the Knight thanks to its potent firepower, so the tougher it is to kill, the more resources your opponent will need to use to take it out or diminish it. 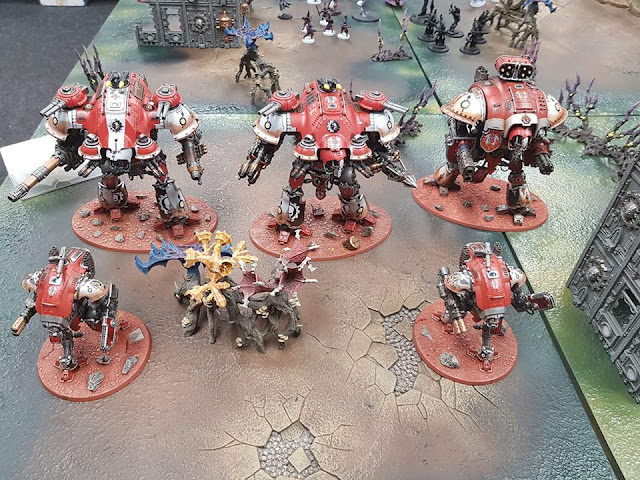 The House Raven stratagem, Order of Companions, is also great for the Knight Castellan. For only 2CP, you get to re-roll all rolls of 1 in your shooting phase. This applies to all rolls such as number of shots, to hit rolls, to wound rolls, damage rolls. This can really boost the damage output of the Knight Castellan, allowing you to avoid the effects of the pesky die rolls of 1 for all those important results. This could potentially give a you a lot of free re-rolls for only 2 command points.

Overall
As you can see, the Knight Castellan is a potent Imperial Knight to add to your army. I think one with my Deathwatch would give me a valuable source of anti-armour firepower, while allowing the Deathwatch to deal with all other threats to the army. There are a lot of potent tactics, stratagems and combinations to use with the Knight Castellan, too many to go into here.

Here are some more great pics of Imperial Knights sent to me by the hobby community. 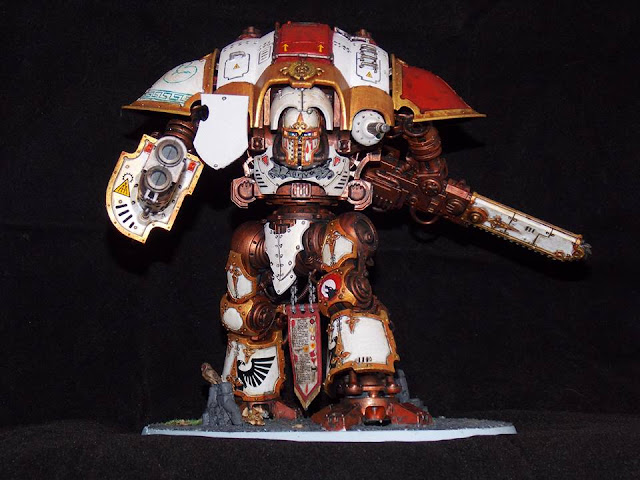 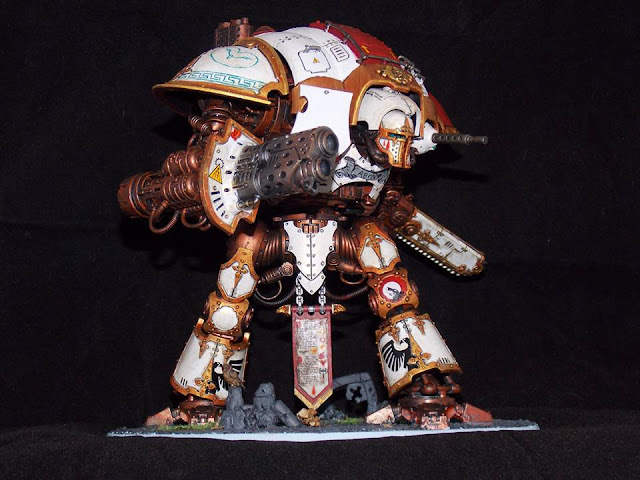 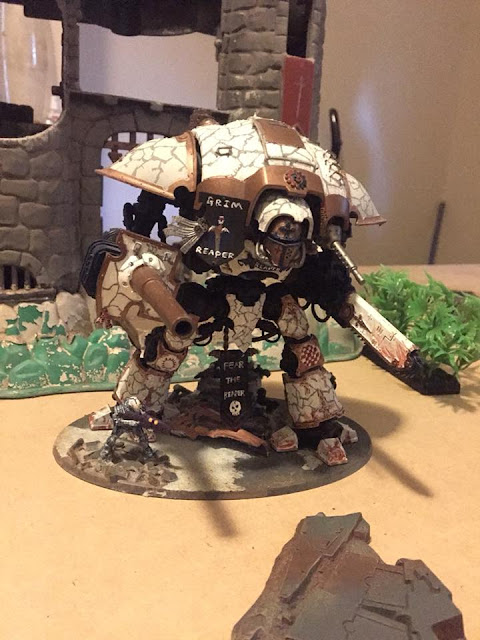 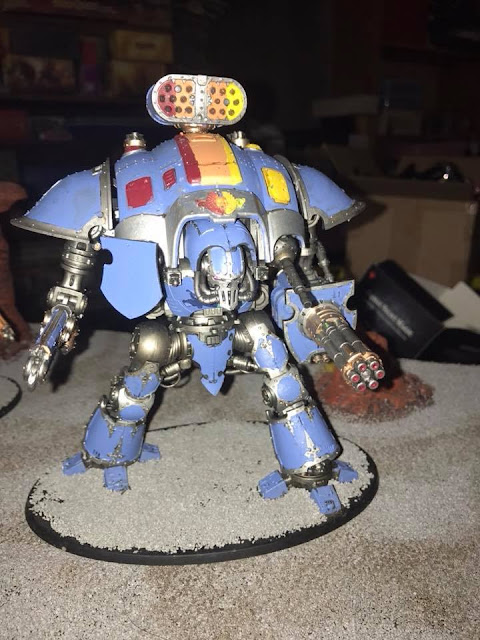 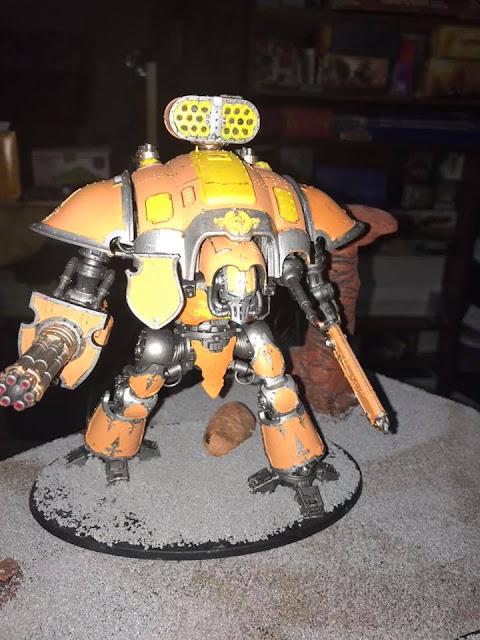 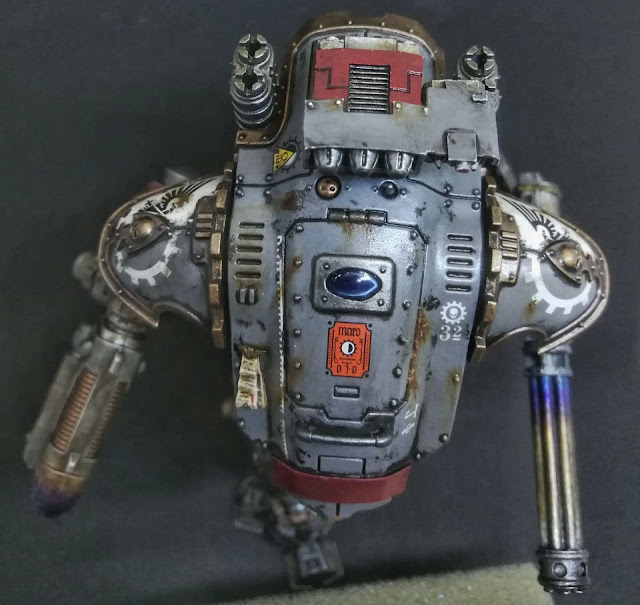