Hello faithful Blog readers, today I have a bit of a random post for you today as I talk about what I have coming up on the blog and where life is at the moment.

Hobby content has been a bit sparse on the blog at the moment. Part of this is due to real life getting in the way. I am currently in the process of job hunting and trying to sort out life at the moment. My current contract in Newcastle comes to a finish at the end of August, so I have been furiously writing applications for new positions for the past few months. Some of these are starting to come to fruition and I have been on several interviews in the pasts weeks. Needless to say that preparing for these has eaten up a big chunk of my hobby time, as well as missing several club nights thanks to travelling. 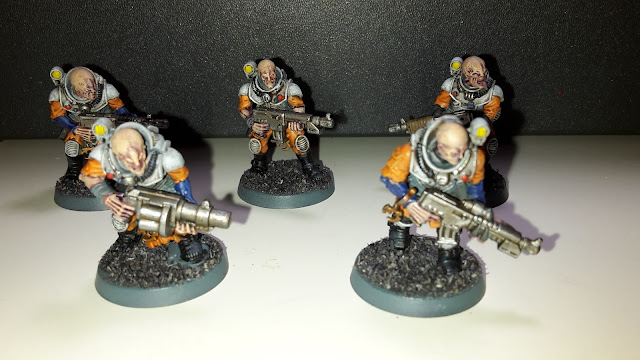 I also spent last weekend in glorious rainy Perth up in Scotland for the annual Rewind festival. This is an awesome 80s music festival that has been going on the past few years, and this was my fourth year in attendance. I love 80s music and the festival is an absolute blast. Much more relaxed than other music festivals that I have attended and a really nice atmosphere to party away the weekend. 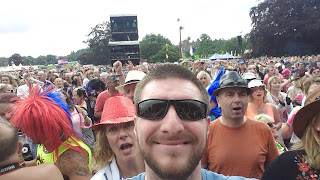 The good news is that the next few weeks are going to be great for blogging content. This weekend, I will be attending a 40k tournament at Battle Bunker in Sunderland. This is a great new hobby and gaming store that has opened up in the area. I'm sorry to say that the store has been open for ages, but this is my first time attending an event or gaming there. It is a nice store and I would love to support it, as it gives us a nice gaming centre on the east coast that would be perfect for holding events and tournaments. I may even consider running my own event at some point in the future, if this would be of interest to anyone?

I was hoping to take a new army to the event, but I think it will need to be my Deathwatch once more. Sadly, I just haven't had the time to practice with any of my other armies in 8th edition, but plan to rectify this very soon. I wouldn't want to take an army to a tournament that I was unfamiliar with, never mind not having played a single game with them. Constantly looking up rules and forgetting things would not be great for me or my opponent.

I will also be attending the North West Open at Wargames in Stockport the following weekend. Again, time constraints in gaming have meant my Deathwatch will be representing once more at this event. Hopefully, you aren't getting too bored with all the Deathwatch on the blog at the moment. I promise, you will be seeing a bit more variety in the battle reports in the coming months!

On the hobby front, I am planning to get back to my Genestealer Cults when some free time opens up. I have some unused holiday days to use before the end of August, so maybe I'll be taking a week-long painting holiday next month.

The rapid release schedule for 40k codices should also provide some nice content. I am planning on reviewing the new Space Marine codex in fairly quick order once it is released, and will be very keen to play some games with my White Scars army to test out the new book (although, rumours of Khan only being on foot is annoying me a little!).

I will also hopefully be getting some more guest posts on the blog as well. Regular reader and commenter Chris has been in touch about an upcoming Infinity campaign, as well as some battle reports he has been writing. Be sure to check out his previous guest post "Infinite Patience", to get up to speed on the basics of Infinity before the article lands.

I also hope to reach out to some more great bloggers for some Better Know A Blogger posts. I was hoping that I could keep this series going with one post a week, which I did manage for quite a while. Things have dried up a bit recently, so I plan to send out a host of new emails to try and get people interested. If you have your own blog and would like to be featured, drop me an email at corrm83@gmail.com and I can get it sorted. An idea that I was toying with before was contacting previous participants for a "follow up" post with some new questions. I'll need to have a dig through my older posts to see what questions the blog readers came up with and start putting things in motion!

As you can see, a lot of things on the go for St Andrews Wargaming. A new job will probably necessitate another move, but hopefully I can find a place with more great gaming clubs to continue to bring you battle reports and more hobby goodness.
Posted by Mike (St Andrews Wargaming) at 14:50