With a holiday weekend here in the UK, I got a chance to get some more work done on finishing my White Scars army for blog wars.
I finished off the third bike squad armed with meltaguns. Most of the painting was finished from last time I was working on them, I took the opportunity to clean up some of the red lines on the bikes as I thought they looked a bit sloppy when I saw the photos of them last time. The bases were flocked to match my gaming mat (and much of my terrain) and the transfers were applied to the squad. 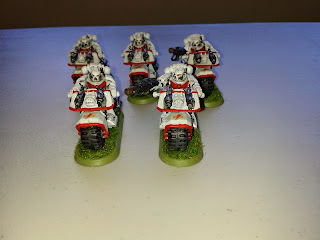 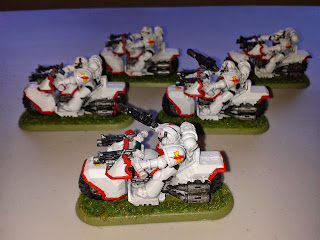 I also managed to finish Khan, the required special character for blog wars. He provides some great abilities to the army as well as being quite a tough character. I am no big fan of painting flesh on my models (only human for some reason, I like how my Orks turn out generally), so I rely a lot on washes to try and pick out some of the details on the face. 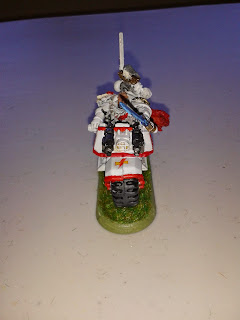 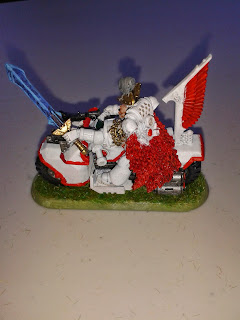 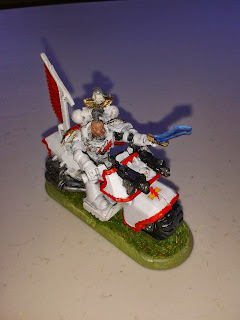 The painting on the attack bikes was finished, as well as the bases and transfers being applied. 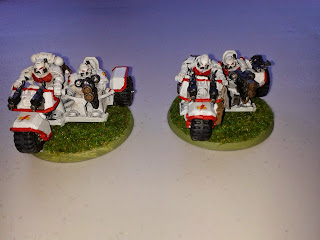 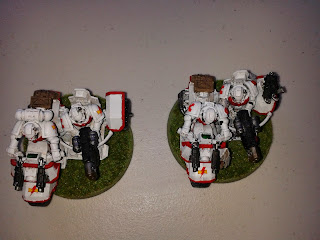 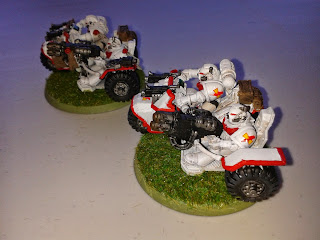 I also managed to glue the guns to the Sternguard (they were left off to allow me to get to the detail beneath the guns) and get the bases flocked. 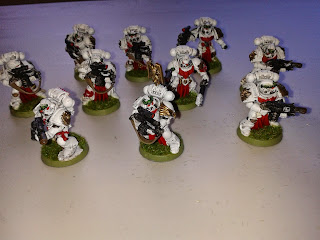 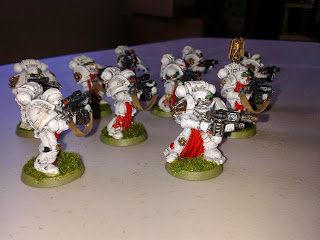 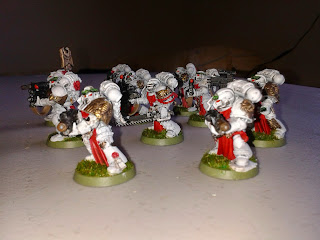 Finally, the grav gun marine for one of the tactical squads was also finished. 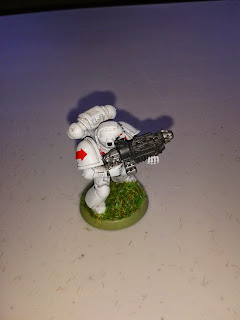 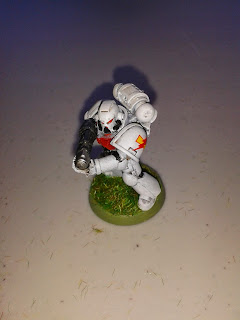 I will hopefully be able to get more painting done over the next couple of weeks to finish the army off. For those of you with other blogs, how do you take photos of your miniatures to show them off the best?
Later in the week, I will be posting a battle report of my White Scars army in action.
Posted by Mike (St Andrews Wargaming) at 12:33