Below are some photos of the armies that appeared at the recent tournament I attended at Dundee Wargames Club.
First up is Mark's Fantastic Tau army. Mark was my second opponent at the tournament and thoroughly demolished my army. His army was so nice, I didn't want to remove any models from the table (that's my excuse and I'm sticking to it!) 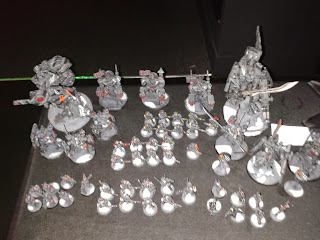 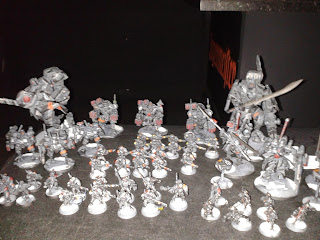 Next up, a very nice mechanium 30k army that was in use. 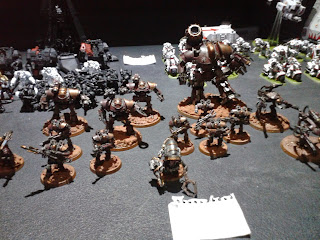 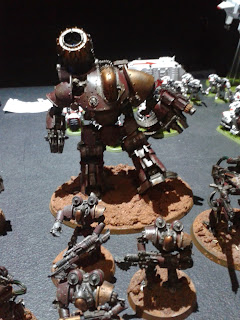 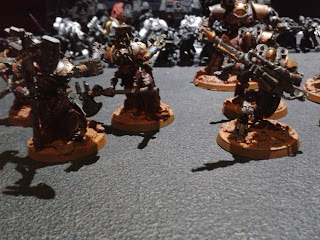 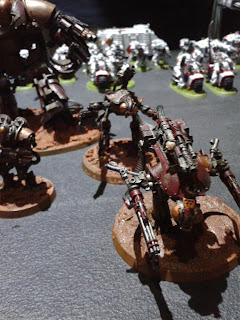 Then we had a Space Wolves army with snow bases. 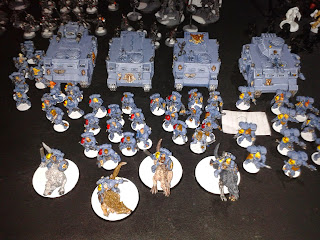 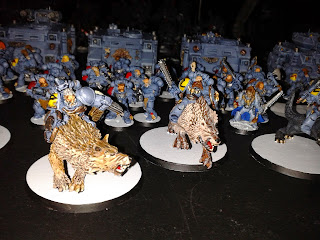 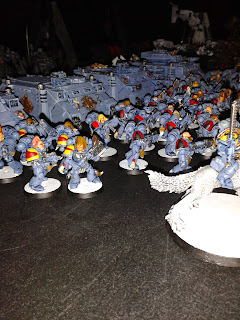 Followed by some Sister of Battle with their massive Fortress of Redemption. 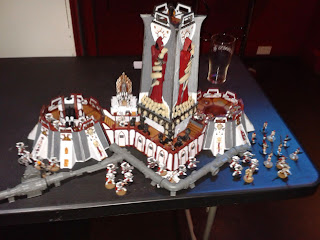 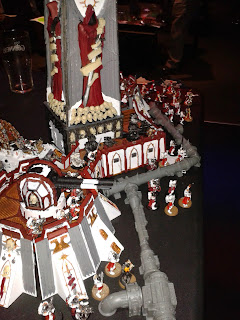 We also had some fantastic assassins, painted to look like comic book characters. We had the Vindicare as Deadshot, Callidus as Black Widow, Culexus as Magneto and Eversor as Deadpool. 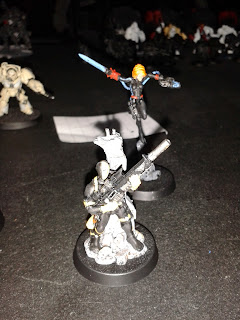 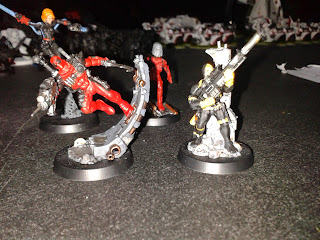 And last, but by no means least, we have the winner of best army, Luke's fantastic Imperial Fists army (sorry for the shoddy photos, the army was stunning in person). 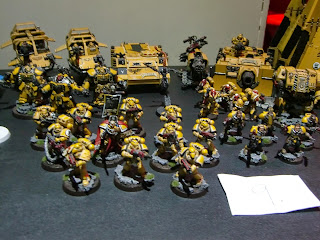 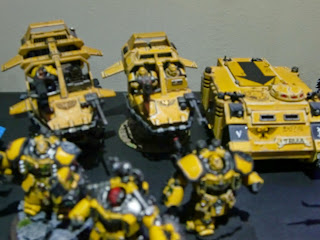 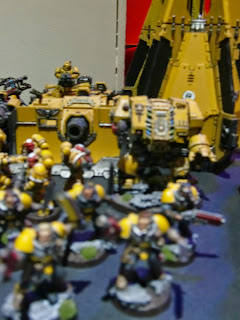