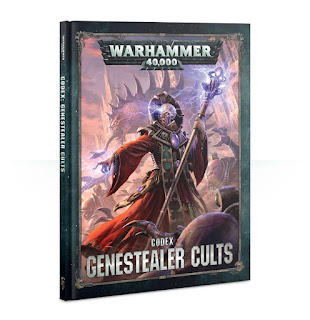 The Flare Launcher also allows you to make a Biker unit automatically advance 6" once per battle, which is a nice bonus for some of your Bikers.

I think the role of the Achilles Ridgerunner is a bit odd. It is a fast vehicle, so useful for getting to good position on the board or to grab objectives. However, all its weapons are Heavy, so it will be hitting on a 5+ if it moves. This makes its firepower pretty expensive for only a 1 in 3 chance of hitting the target. The vehicle costs between 62 and 79 points depending on its armament. This is pretty expensive for a light vehicle with heavy weapons. You would be cheaper with a Heavy Weapons Squad for anti-tank firepower in the army.

The Heavy Mortar is probably the best choice, but then you are better off sitting at the back of your deployment zone out of line of sight for firing.

The Ridgerunner doesn't even benefit from the Rusted Claw Cult Creed, so cannot move and fire heavy weapons without penalty (thanks to WestRider for pointing this out in the comments below).

As nice a model as it is, I don't think the Achilles Ridgerunner is a strong addition to the army. It does give you some mobility early in the game, but there are other ways to get this.

Atalan Jackals
A new Biker unit for the Genestealer Cults army, giving you some much needed mobility around the battlefield in the early turns of the game.

Each Biker gets an Autopistol and must take two weapons from the selected weapons list (though they cannot take the same weapon twice) and only one in four can take a Grenade Launcher. 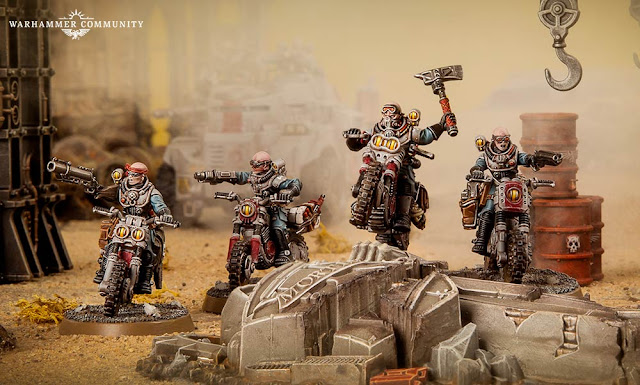 I think the Demolition Charges and Shotgun or Autogun are a good option for the squad. They can use their mobility to get in close and fire Demolition charges at the enemy unit (probably using the stratagem to allow the whole squad to fire them).

They get some protection from shooting, as they are -1 to hit from enemy firepower, which should help with their durability a bit. They can also use Cult Ambush, so can benefit from hidden deployment or kept in reserve for later in the game, which is a rarity for Biker units.

The Wolfquad has four wounds and comes with a Heavy Stubber. Again, it suffers from moving and firing in most cases, so has limited utility on the battlefield.

I think the Rusted Claw Creed is strong with the squad, allowing them to advance and fire their assault weapons without penalty or allows the Wolfquad to move and fire heavy weapons. Unlike most Bike units, they do not automatically advance 6", so advancing is not always guaranteed to help with their mobility significantly.

They do get access to a nice stratagem, allowing them to move and fire, then move again (though they cannot charge). This allows them to have a huge threat range. You can move up to an enemy unit and unleash your Demolition Charges, then move back out of harms way or move onto on objective or block an enemy unit from moving.

They can be kept cheap at 10 pts per model, or 15 pts each with a Demolition charge. For a unit of 4 or 5, this is not a huge points investment for having them on the board. However, there are much stronger combat and firepower units that the army can take instead. I'm not too sure what role there is for the Atalan Jackals in the army in most cases.

Armoured Sentinel
The Sentinel provides a reasonably durable heavy weapons platform for the Genestealer Cults. You can take a Heavy Flamer, Autocannon, Missile Launcher, Lascannon or Plasma Cannon on the Sentinel, giving you some strong anti-tank firepower.

It is reasonably durable, with T6, 6 wounds and a 3+ save. It is only BS4+, so you probably want to keep it stationary to get the most out of its firepower. It has no Cult Creed, so will not benefit from the Rusted Claw creed, allowing it to move and fire without penalty (or any other Creed bonus).

A decent addition to the army for some good firepower.

Scout Sentinel
The lighter version of the Sentinel as more limited weapons options, and has a lower toughness of 5 and a 4+ save. 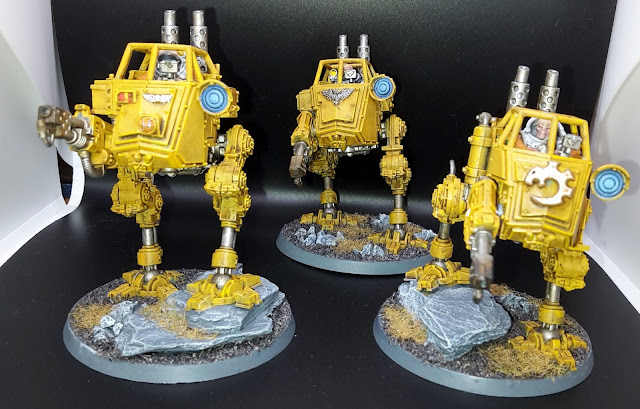 Because of this, it does get a Scout move of 9" at the start of the game, as well as a 9" move. This allows it to get a bit closer, to use its Heavy Flamer, for example.

It can use Cult Ambush, but again, if you do so, you will not be able to use the Scout move of the vehicle, so I'm not sure it is worth using in many situations.

A decent addition to the army, but not really required in most cases.

Overall
The Genestealer Cult gets some great new models for its Fast Attack section. These give you the option of taking some highly mobile firepower in the army, albeit at reduced accuracy in most cases. If you are planning on running the Rusted Claw creed, then they could make useful additions to the army, otherwise they will struggle to do much in the game, in my opinion.

I will probably want to run a small squad of Jackals for early mobility in the game and for grabbing objectives or harassing enemy units before the reserves can arrive.