This week's Better Know A Blogger features Stylus and Kraken from the WoofBoot Chronicles.

This is an unusual one this week, as the questions feature answers from both writers of the blog. The WoofBoot Chronicles features writers from Wales and Sweden, a very international blog with two great points of view. 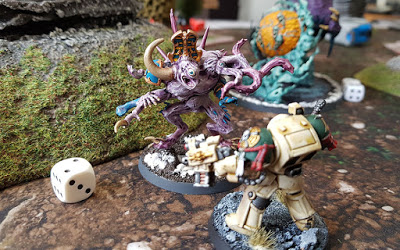 I was first drawn to the WoofBoot chronicles for the fantastic written battle reports that you can find there. Their battle reports feature plenty of written details, great photos of the action and turn overview maps. If you are a fan of the battle reports on St Andrews Wargaming, you will most likely enjoy these battle reports too!

On top of that, you will find some great hobby content, dioramas and reviews.

Here are the answers to my questions: 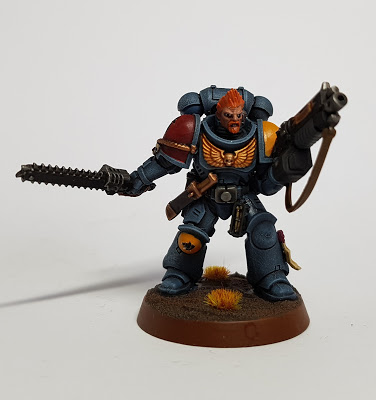 The WoffBoot Chronicles is a gestalt entity that simultaneously exists in Wales and Sweden. So you’ll be getting two different sets of answers, much in the way we write out battle reports.

I, Stylus, will be writing in text as plain as stale BelVita

Whereas I, Kraken, I’ll just go with plain Bold.

1. What age did you get into gaming and what started it off?
I was ten years old when HeroQuest came out. Space Crusade followed the next year, and shortly after that, my first copy of White Dwarf. The rest is history.

I was eleven when HeroQuest hit, but it was too late for me by then – I’d already played Space Hulk at a friend’s house. Much to my parents’ dismay, it was downhill after that.

2. What was the first model you ever bought/painted?
The first ‘gaming’ miniatures I painted was my HeroQuest set – I was very naïve about the hobby back then and thought you were supposed to buy miniature and paint them before getting some more (what a crazy dreamer!- Mike). I still use that HeroQuest set when dungeon bashing with my kids – the thick enamel paint helps them to survive rugged play.

The first proper Warhammer models were the plastic box of 30 ‘Space Orks’ from the Rogue Trader era. I knew how to treat models properly by then (i.e. there are still some of them unpainted and on the sprue. I’ll get around to them eventually).

But the *actual* first models I painted was further back. At the age of seven, I read about the Siege of Quebec. Suitably inspired, I took my pocket money down to the hobby shop and bought two boxes of 1:72 infantry: Napoleonic Infantry and British Redcoats (about 50 years out, I now realise, but it was all they had). The kits were by Esci, and they weren’t at all bad. About a hundred tiny models in total for a couple of quid. I painted them all and fought many, many battles with them.

This is uncanny, really – more or less the exact same story for me. I got tiny Gaulish barbarians and Romans instead of Napoleonics, though, and never painted them. Too small – I didn’t understand what the scaling ratios meant, and thought that 150 models for a tenner was an amazing bargain.

Other than plastic box sets, though, my first Lead was from GW in Preston, and was a Troll and a Minotaur for Advanced Heroquest. I’ve repainted them since their original incarnations, but they’re still proud parts of the collection. 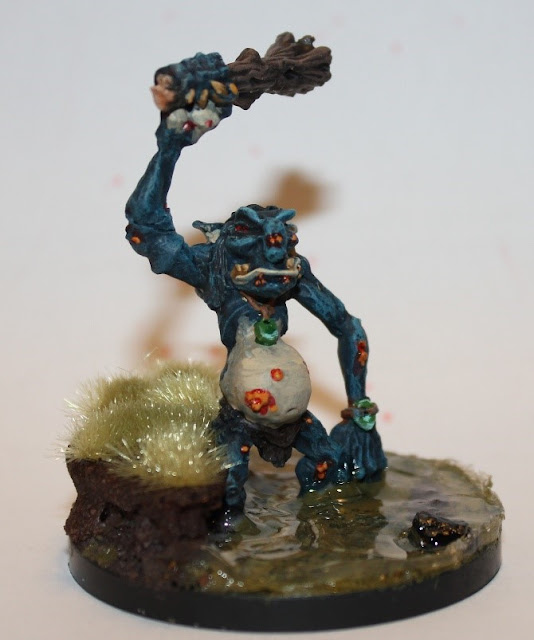 3. What is your favourite aspect of gaming?
It has to be the painting – although that may be self-imposed, since it’s a lot easier than playing, which I also love. I don’t excel at painting – and I am far too slow at it - but it’s nice to grow an army with simple techniques, pushing yourself every now and again.

Yup, painting for me too. It’s taken me thirty years to be any good, but I really enjoy pushing myself into new and uncomfortable territory now. Non-metallic metallic is my next hurdle, that looks great when its well done, but I find it very hard.

4. Fondest memory in gaming?
There’s been a lot, but if I were to pick a turning point, it would be WoffBoot VI – which is to say our sixth annual get-together. Fifteen years after I’d started, I was in the hobby doldrums, having mothballed my armies and lost my taste for gaming. This was the tournament where we really got stuck into Warhammer Fantasy 8th Edition (back when it was fresh and hadn’t rocketed into End Times craziness). It re-fired my love the hobby, and coincided with the start of the blog, battle reports, regular gaming and all the rest of it. 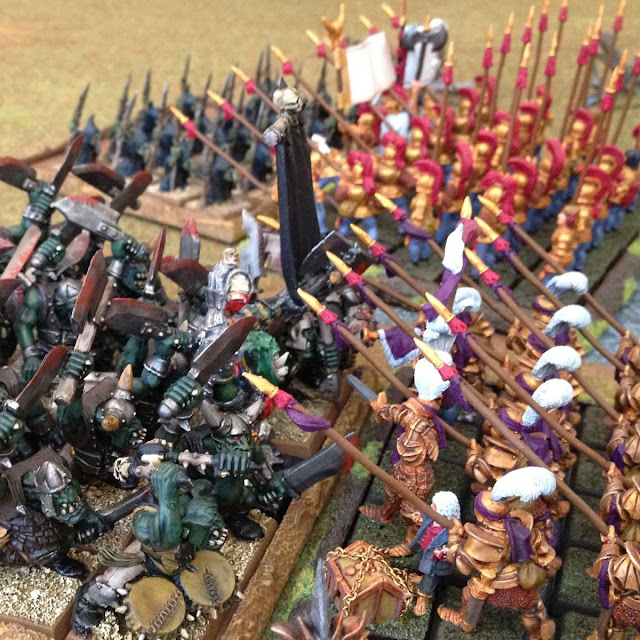 Being Dungeon Master! Sitting behind the screen and cackling is still my favourite position. We played Warhammer Fantasy Roleplaying for a long time, and I have great memories of much of that. Kasfunatu (another WoffBoot contributor) attacking a grain store on account of it having an Ear of Khorne (corn) on the sign, for example.

5. What are you working on right now?
I am putting the final touches on my Thousand Sons, which was my first army for 8th Ed 40k. I then have some choices to make about which of the six other armies I seem to have amassed that I should get to work on.

Nothing! I’ve just finished my entire lead pile, so I’m waiting on delivery for a new box set. Jungle terrain while I’m twiddling my thumbs, though. 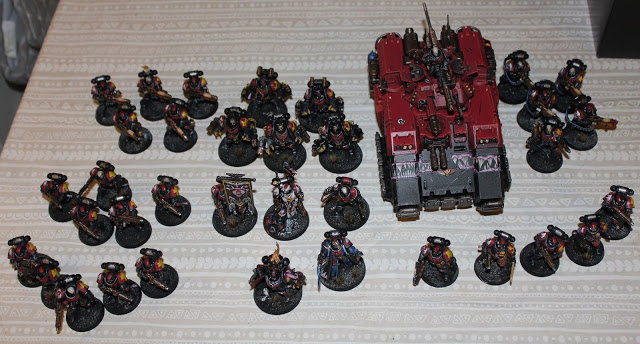 6. When you are not conquering the tabletop, what do you do?
The kids take up a whacking amount of time. Although they’re now getting old enough to start picking up dice for themselves – this year, I ran a junior-level gaming weekend for my children and others.

In terms of other hobbies, I have a podcast about films that no-one remembers (that, coincidentally, no-one listens to).

I’m an actor, so, er, nothing mostly. As a house husband, I am mostly buried under a pile of children and laundry.

7. What would you say about your blog to someone who has never read it to draw them in?
We crank out a fair amount of battle reports, and since we have two heads, like Kairos Fateweaver, our reports usually bounce off each other. We’re also fairly open in the games we play and paint, so there’s a broad range on show. Also, we do enjoy a lot of puns. 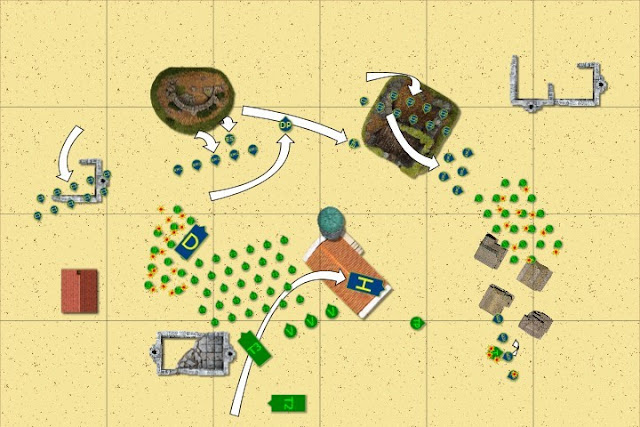 Paronomasia is an oft-neglected art in these dark times.

8. What is your favourite article that you have written?
It’s one from the very first year of the blog (which makes you wonder what I have been writing for the last five years) when I took a whistle-stop tour of how television programmes have tried to show tabletop gaming.

This one, when I was trying to work out how to kitbash my Chaos Warshrine.

9. Which rule would you like to see changed or removed entirely?
Rules changes, editions come and go. It’s happened enough now that I have no problem embracing the change. That said, I do think it’s a good idea to have one common source of rules for the core game (*cough* Forge World *cough*).

Got pwned by a Y’Vahra lately, anyone? They are in a different ball park, it’s daft. Invulnerable saves should be capped at +4 imho, and they could afford to be a bit less prevalent!

10. Which of your armies is your favourite?
Always the one I’m currently using. But if I had to pick: I have a sizable Warhammer Fantasy Orcs & Goblins army that I just love. It was my first ‘back into the hobby’ army, involves a lot of the models I first bought back in the day, has a colour scheme of my own devising and unique conversions. And usually had the snot kicked out of it in games.

Tyranids are my go-to at the moment. But Original Space Orks were a classic, a hopeless mess of broken rules that usually rendered your own army worthless. Card draws that broke your weapons or started complicated infights, for example. Or the twenty page dice table for Madboyz. Loved it!

11. Secret wargamer or loud and proud?
Happy in my own skin, but I tend not to discuss hobby with family and civilians, because their eyes glaze over. So everyone who knows me knows what I do, they just might not understand it. Except for the kids, they totally understand playing with toys. 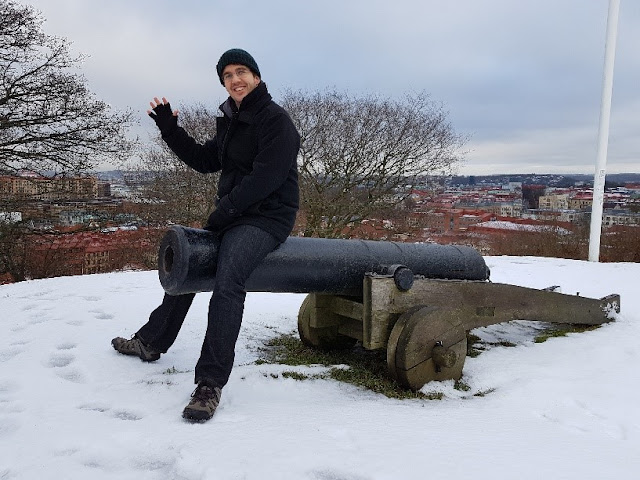 Totally unashamed here. If you don’t know I’m a gamer, it’s because I’m not talking to you. 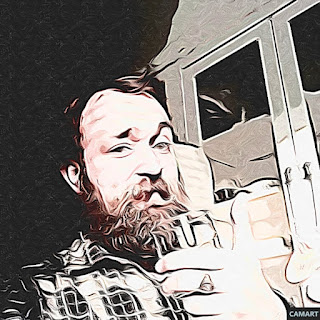 12. Any hobby tips or cheats to share?
You probably don’t need that new shiny thing you’re about to buy. I know you think you do, but you don’t. No, you don’t.

Never stop. Even ten minutes a day is enough for a wash or a drybrush!

13. Tournament or Casual?
Casual and narrative. I like a friendly tournament where you can play a number of games in close order (that’s where the ‘WoffBoot’ acronym came from: ‘Warhammer Fantasy Battle Tournament’) – but min/max armies isn’t for me.

Casual! It strikes me as mad and wrong that people think a game based on random luck (let’s be honest here) can make for an entertaining competitive scene. I’m clearly wrong about that, it’s doing very well right now, but it looks deeply unpleasant to play on that level from the outside. Not our ‘Boots, of course, those are morally superior in all ways. 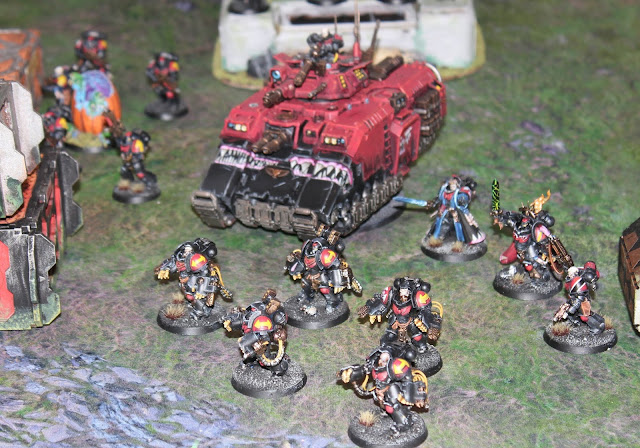 14. Nintendo or Sega?
My Nintendo Game Boy was better, but my Sega Game Gear had an attachment that let you watch the telly. So Sega.

15. Xbox or Playstation?
I stopped playing computer games with Sega Game Gear. What are those words? 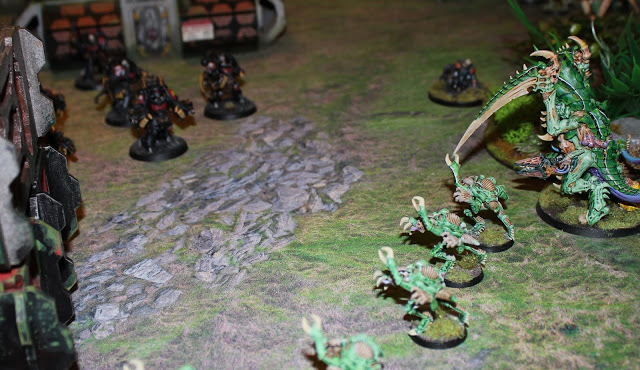 16. McDonalds or Burger King?
All depends on their wine list.

I live in Sweden, where we have Max. Much better.

I can’t tell the difference. So Rum!

Thanks to Stylus and Kraken for answering my questions. Be sure to check out the WoffBoot chronicles for some more great 40k goodness.

If you have a gaming blog and would like to feature on Better Know A Blogger, please get in touch at corrn83@gmail.com