This week's Better Know a Blogger features Merijn from Another Wargaming Blog.

I first came across Merijn's blog a few months ago, drawn in by some of the awesome terrain work that he showcases on the blog. It was his Veerhuis construction and WIP shots that drew me in. I love a good piece of scratch built terrain, and this looked to be an awesome project that was shaping up. 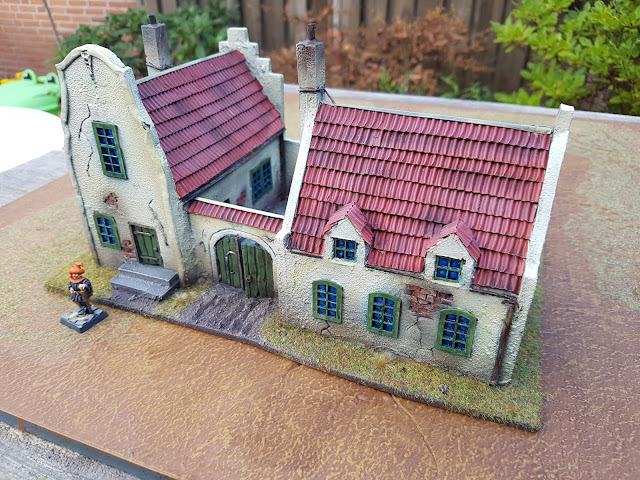 Looking at the finished photos, I think you'll agree that he has done a fantastic job, creating a piece that would fit into any fantast-type or medieval game.

Not only will you find fantastic terrain, you will also find some fantastic painted models, most recently focusing on Age of Sigmar Orcs.

You will also find some really cool comic book style battle reports from his narrative campaign. I love a good battle report, and it is nice to see a different style of reporting to my own. These are really easy to digest and a quick and fun read. 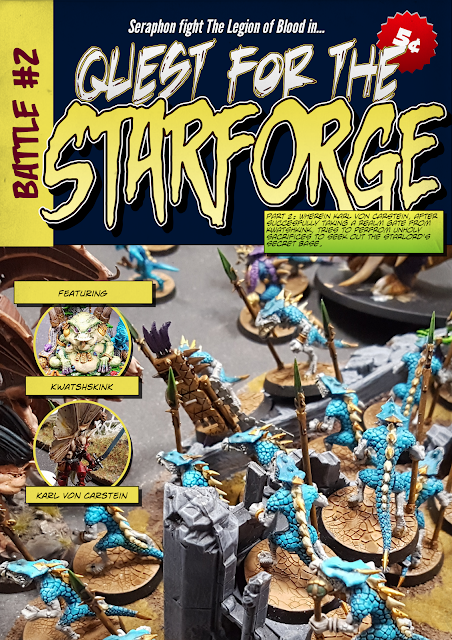 Here are Merijn's answers to my questions:

1. What age did you get into gaming and what started it off?
I started way back in 1985 when I was 10 years old. My older brother convinced me to drop some pocket money in a shared buy of a new-fangled game called ‘Oog des Meesters’ (translated from Dutch: ‘Eye of the Master’). It was a roleplaying game which required us to gather more friends to actually play. We did. I never stopped roleplaying after that. The Warhammer Fantasy Battles 3rd edition launch two years later started my wargaming hobby.

2. What was the first model you ever bought/painted?
There are three (and I can’t fully recall which came first). A Citadel box called ‘DRAG4 Great Fire Dragon & Knightly Hero’, the second was ‘BME1 The Fellowship of the Ring'. And the third a Citadel Drastik Plastic Orc (bottom right). The dragon has been painted and stripped a million times and is currently residing in a ‘finish painting me please project box’. Repainting the Fellowship is slowly creeping towards the number one spot on my to-do list. But (to get back to your question) I consider the old Drastik Plastic Orc my first painted model. He is still standing in my display case with his original paint job. It makes me smile because my painting has improved a bit since then, but I still remember being fiercely proud of him way back when. 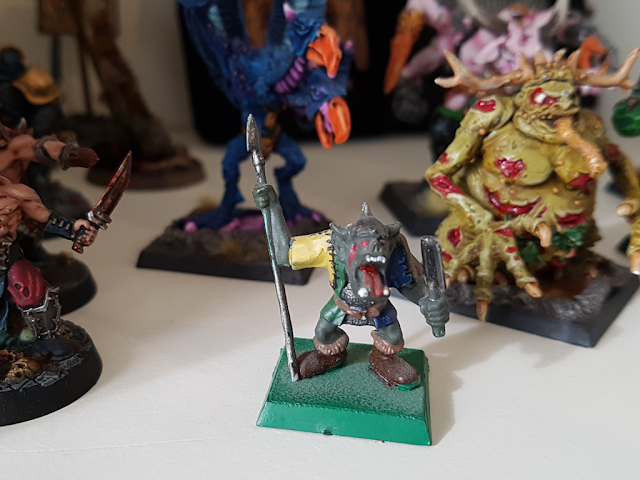 3. What is your favourite aspect of gaming?
My favourite part is actually the social bit, meeting lots of nice and interesting people from all walks of life (and all over the world). Having a casual game, painting in a group or visiting a silly convention together makes for extra fun. Relaxing away painting and modelling comes a close second. Planning and executing elaborate (but regularly tongue in cheek) rpg campaigns a solid third. Blabbing about my hobby on my blog (and on Facebook) is also a lot of fun and it tends to keep me extra motivated to finish things (so I can post them). 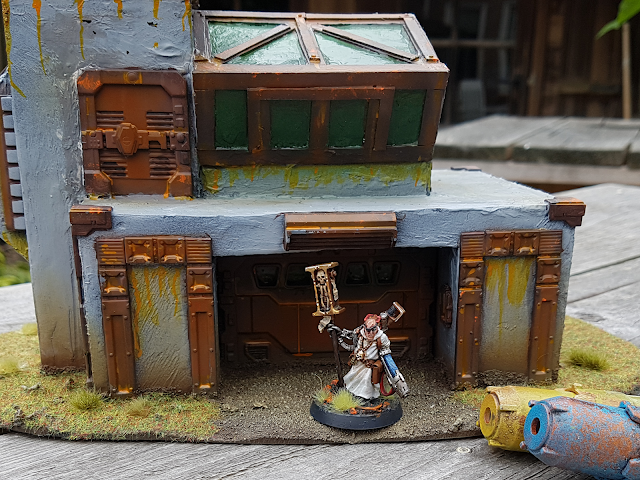 4. Fondest memory in gaming?
There are too many (and most probably have one of those ‘you should’ve been there’ vibes attached to it). I’m going to cheat and name six: 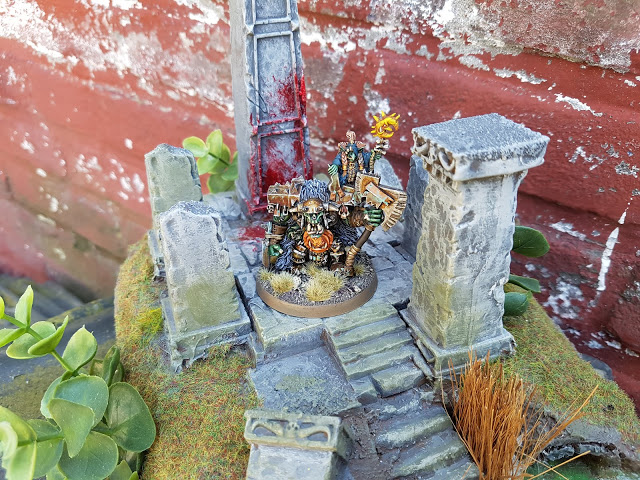 5. What are you working on right now?
I’m always working on a million projects at once (too many ambitions and way too many ideas bouncing around in my skull). Right now I’m planning to build a few more fantasy buildings to make an interesting new village to fight over. I’m also painting a Freeguild army and I’m working on an Admech force (and, and, and…) 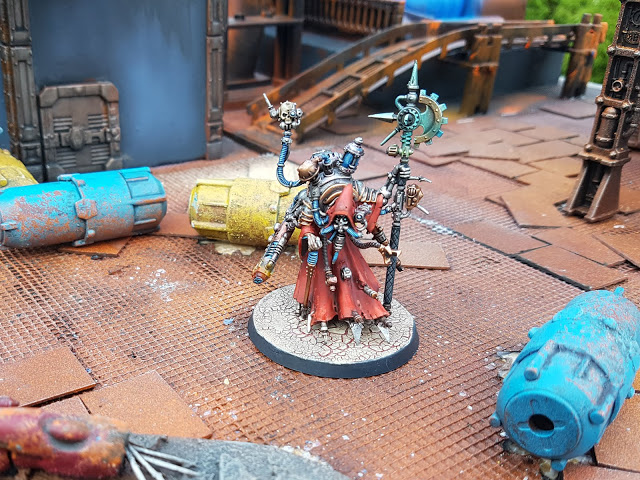 6. When you are not conquering the tabletop, what do you do?
I work as a freelance copywriter. My specialisation is ERP software (SAP, Microsoft Dynamics). I mostly help marketing departments with white papers, content marketing and associated projects. I also still (occasionally) write for a few (Dutch) computer magazines and take on anything new as it comes along (if it looks interesting or particularly challenging). Please bear in mind that I do (most of) my professional work in my native Dutch, so please forgive the occasional horrid violence I perpetrate on the English language. As for other hobbies, I’m rather fond of cross-fit right now and I really enjoy reading history books (constantly switching era’s and subjects). I’m married and have a three year old son who manages to suck up quite a bit of time as well (his gaming indoctrination has already started as you can see on my blog.) 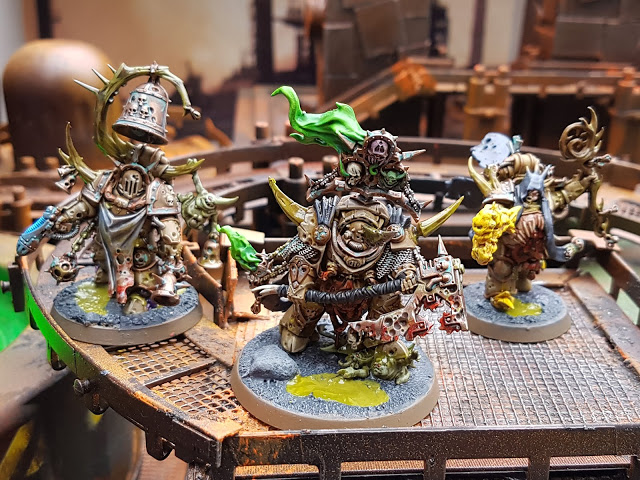 7. What would you say about your blog to someone who has never read it to draw them in?
I write rather long articles about things that enthuse me about the hobby. It features a lot of hints and tips I think could be rather helpful, some reasonably painted miniatures and a lot of love. Also (since the appearance of Warhammer Fantasy 4th) summaries of my campaign followed by some insights I think other GM’s might find useful. I really love scratch building terrain, so you can find quite a few fantasy and sci-fi (40K) projects on my blog (usually with some WIP shots). 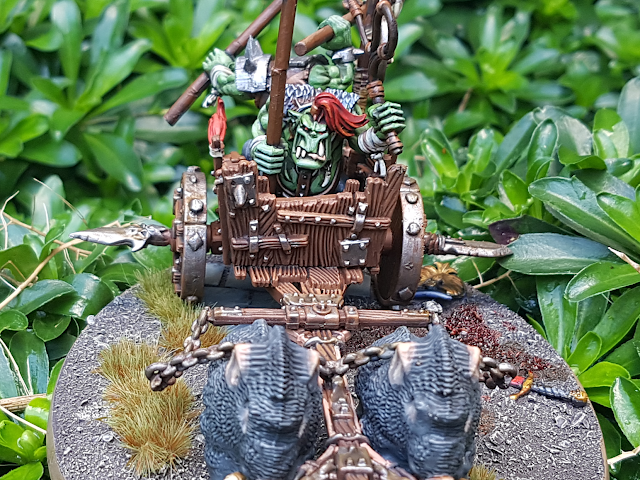 8. What is your favourite article that you have written?
I would say my (by now series of) Age of Sigmar background primer(s). I was one of the (seemingly) few people on the planet excited with the original release of the game. But at its start I did find the background rather odd and bare. The first books changed that and turned the mortal realms into a very interesting place to base fantasy stories (can’t wait for the release of the AoS rpg Cubicle7 has announced). I’m making a continued effort to give people a place to quickly read up on the background so far. Who knows it might draw some extra souls into the Mortal Realms and help them make their games more interesting. 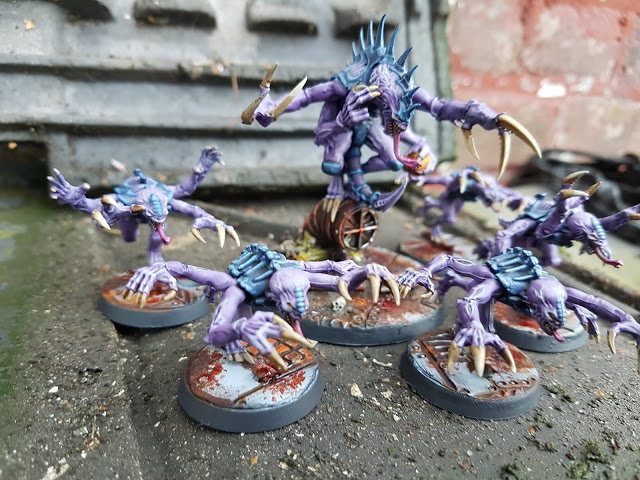 9. Which rule would you like to see changed or removed entirely?
Tough one as I tend to forget half the rules during an average game. Off the cuff I would say ‘any rule that gives someone a rerollable 2+ save’ (regardless of gaming system). One of the nice things about AoS originally was that anything could (potentially) kill anything else. These saves break that mechanic and tend to suck the fun out of a game that features them (yes I’m looking right at you Mr. Stardrake…) 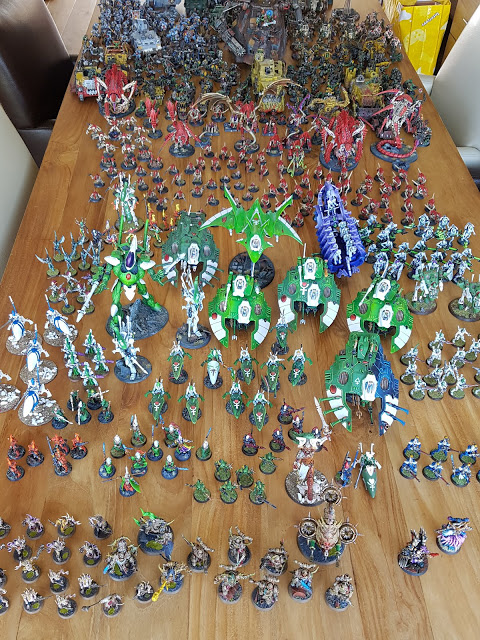 10. Which of your armies is your favourite?
That’s a tough one as I have far too many armies. I own around 14+ fully painted 3000+ point armies (a couple of them much, much larger) and then a bunch of smaller ones. In my defence I’ve been collecting and painting for a very, very long time. I think my ever growing horde of Skaven should be at the number one spot here (keep back greenskins, you get second place). I’ve been adding to my Skaven army since the late eighties and I’m not stopping anytime soon. (Help me hope some acceptable plastic Eshin models will come out soon and as I’m wishlisting here a battle tome for the entire Skaven faction). 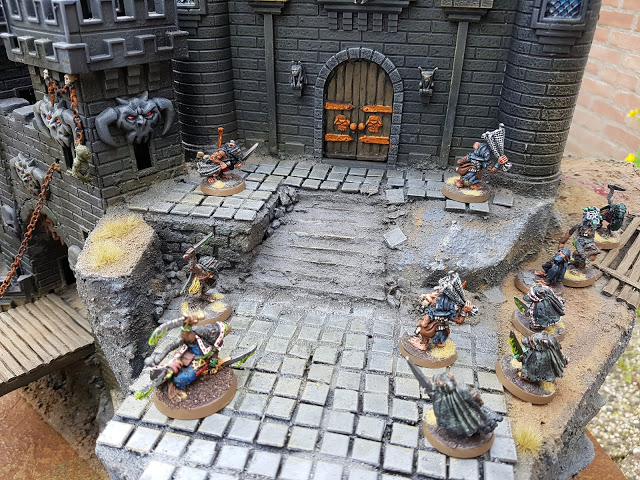 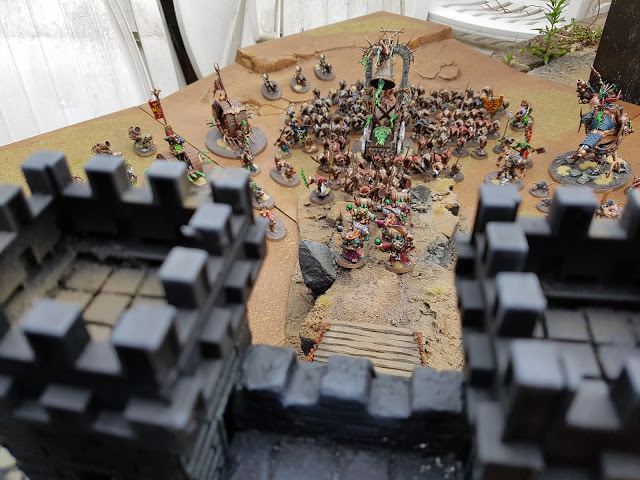 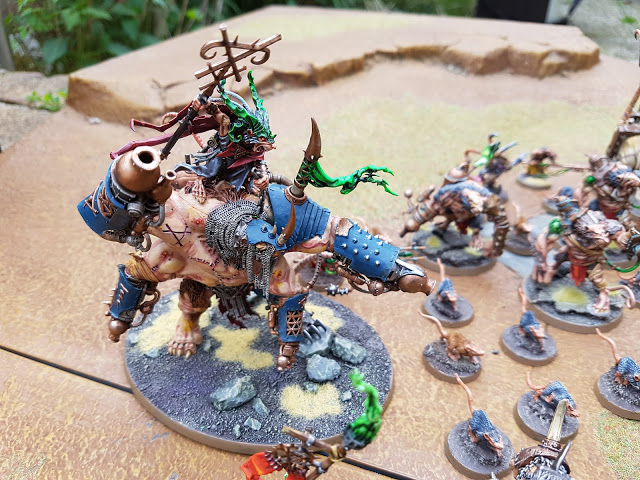 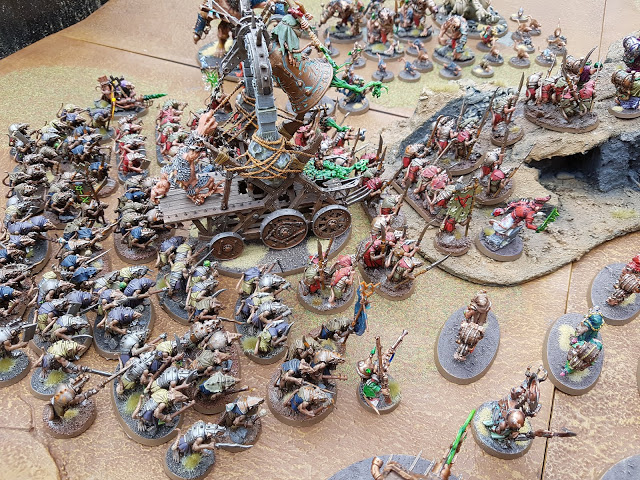 11. Secret wargamer or loud and proud?
Loud and proud! I’ve always very steadily marched to the beat of my own drum, and I can’t for the life of me figure out why you would want to make a secret out of a fun and (mostly) harmless pastime.

12. Any hobby tips or cheats to share?
Make project boxes. Buy some plastic boxes and when you tire of working on an army (or other project) stuff the unpainted models in there and get them out of sight. Nothing is quite as demotivating as being surrounded by unpainted, unfinished models. Get them out of sight and pick them up (years, decades) later when you feel like returning to them. Keeping only a handful ‘to be painted’ models around will stop making the hobby feel like work and up your production and joy (at least it did for me). 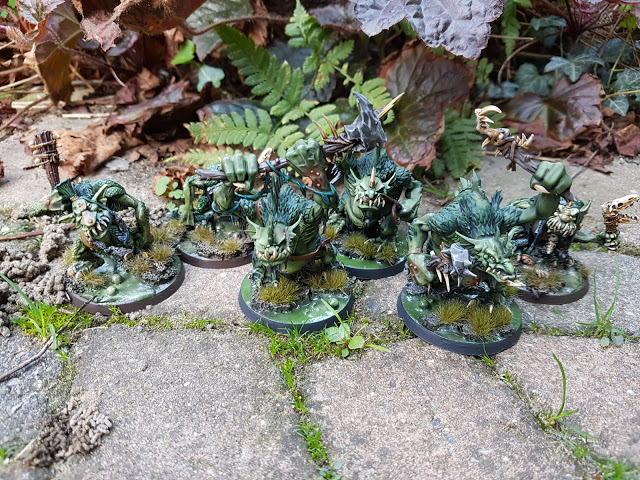 13. Tournament or Casual?
Casual. I’ve attended a few tournaments but as I really don’t care about winning or list-building or meta (or rules) I tend to have a very bad (boring) time there. I do appreciate the people who love the search for unbeatable combo’s, but it’s not my thing. Recently we have had local organisers set-up an ‘event’ instead of a tournament. It de-emphasises winning and takes a lot of measures to make the games more aimed at fun matches. It is a joy to play there as a casual gamer with the added bonus of meeting even more new people (the event is called Bloodstorm and is based in the Netherlands, Eindhoven area if you’ll allow me to plug them here (https://www.facebook.com/bloodstorm.nl/)).

14. Nintendo or Sega?
I’m old 😉, both of these sound like new-fangled console thingies to me and I rather game on the gaming rig I built myself. So elitist PC-gamer all the way here… 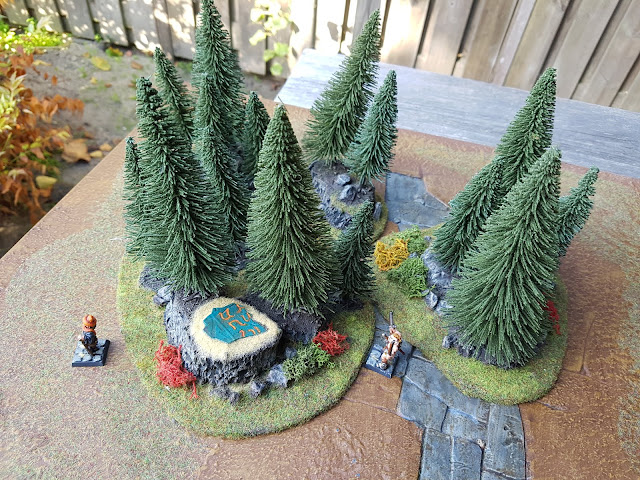 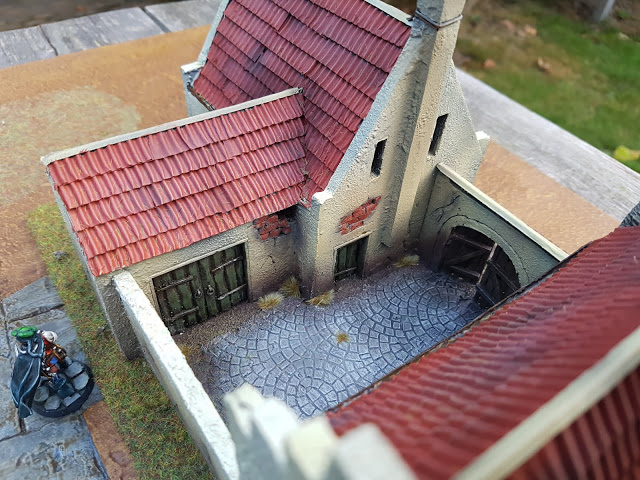 15. Xbox or Playstation?
I did consider both at some point, but see my statement at Q14 and allow me to add that I really can’t operate a game controller. You should see me flail. It’s pathetic! Did I mention I’m old?

16. McDonalds or Burger King?
Burger King isn’t very big here (there’s only one in range and it should be called Food Poisoning King) so I would have to say McD (although I prefer healthier foods). They do have a nice playground at the local McD which gives me a chance to actually talk to my wife over something resembling dinner as the kid is off playing. So McD is not all bad come to think of it, I should go there sometime soon-ish.

17. Coke or Pepsi?
Glenfiddich 12 Years Old Single Malt and please keep the cola far, far away from it thank you very much! (Aha, a true Gentleman!- Mike). 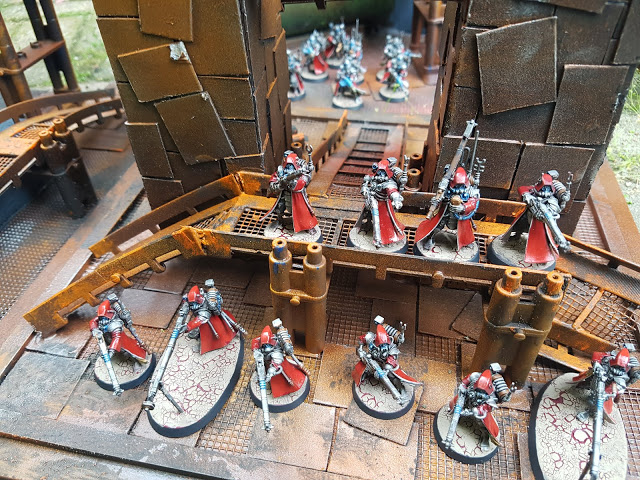 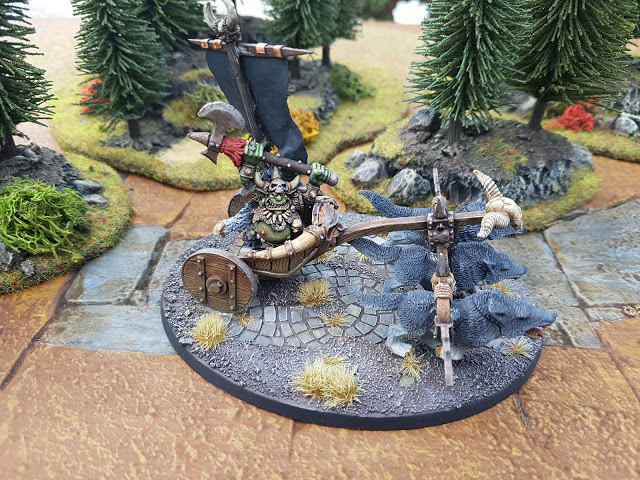 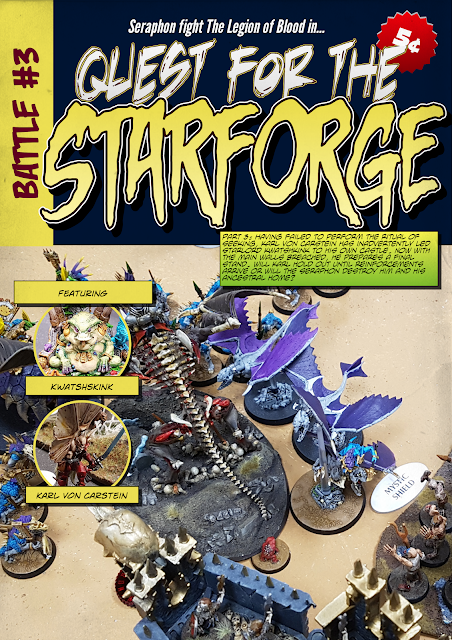 Thanks to Merijn for taking the time to answer my questions! Be sure to check out Another Wargaming Blog, and follow for some great hobby content.

If you have a wargaming blog and would like to take part in Better Know a Blogger, drop me an email at corrm83@gmail.com
Posted by Mike (St Andrews Wargaming) at 09:00