On Sunday, I managed to get my Genestealer Cults Leman Russ finished up. This was a great model to work on, a real classic from the 40k range. I really like the grey armour on the Cult vehicles and I painted it up to match my other vehicles. 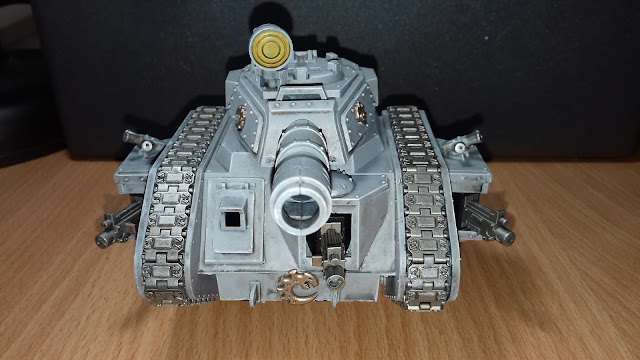 I added some hazard stripes to the model to break up the grey armour a bit. To me, it was a bit bland on its own. 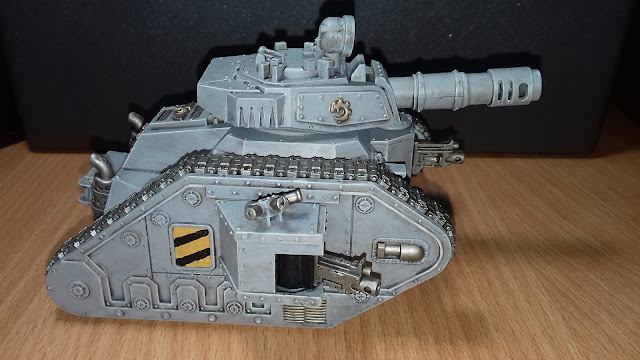 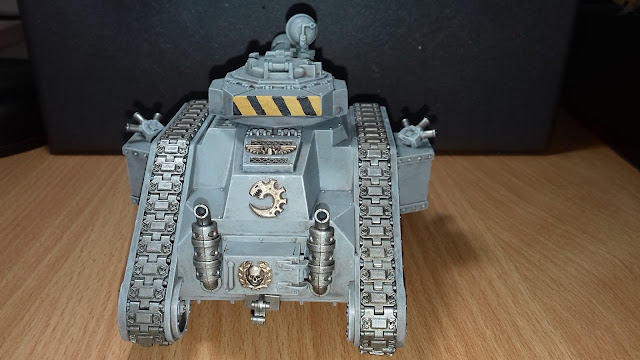 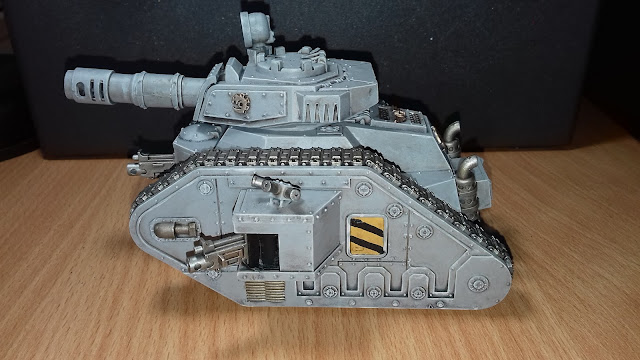 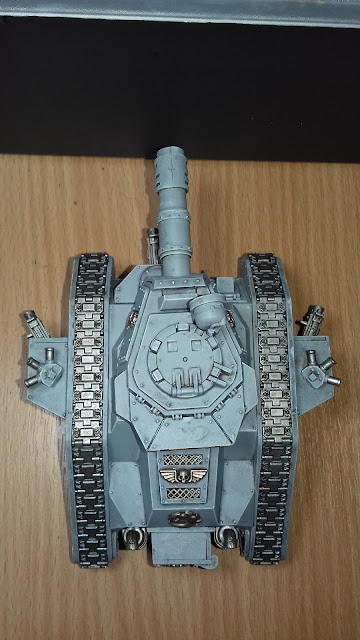 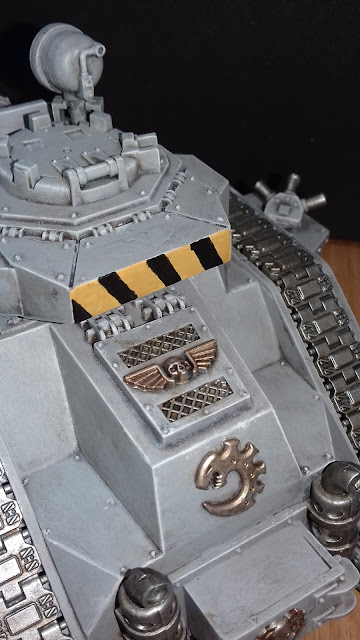 The sponson weapons were also removable, allowing me to arm the Russ how I like. I'm leaning towards the triple Heavy Bolters to start with, but the Heavy Flamers could also be useful for close range firefights. 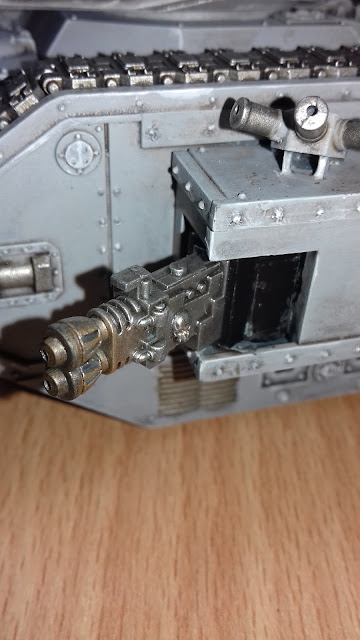 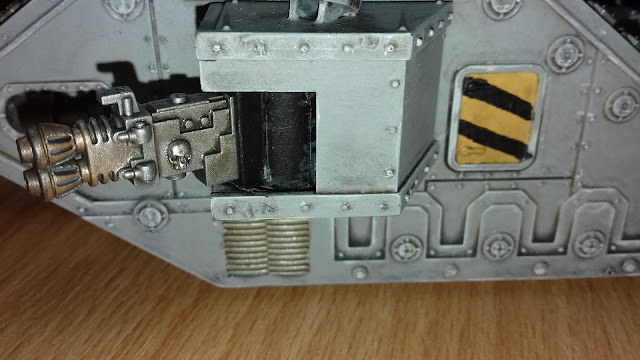 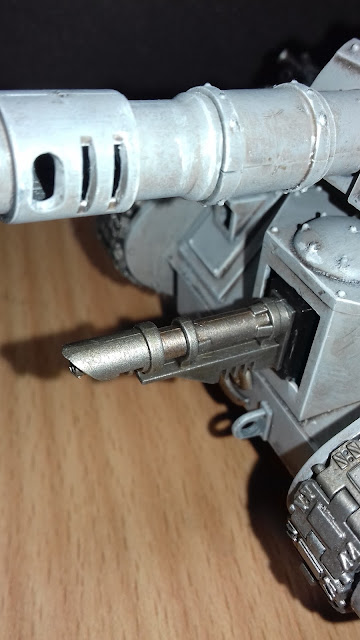 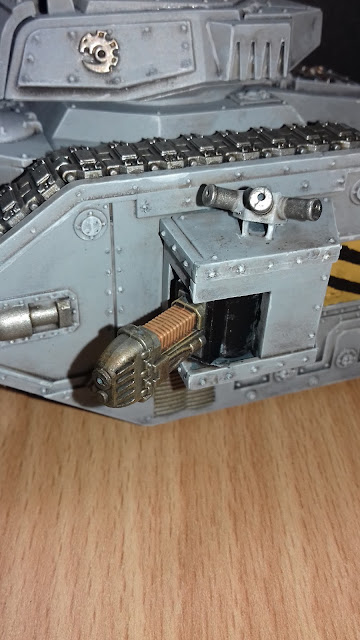 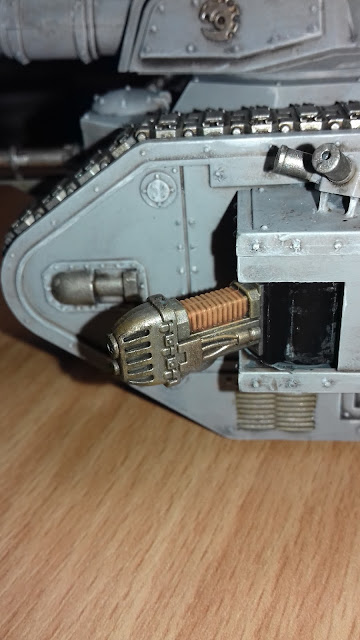 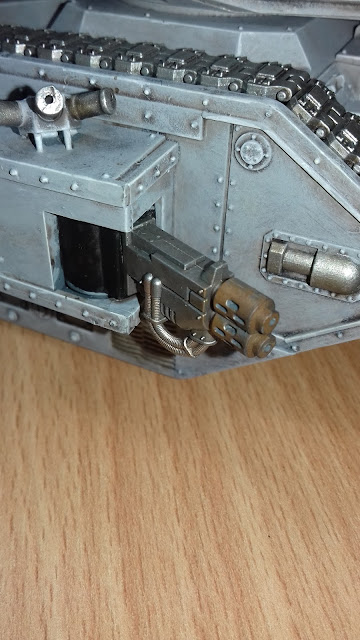 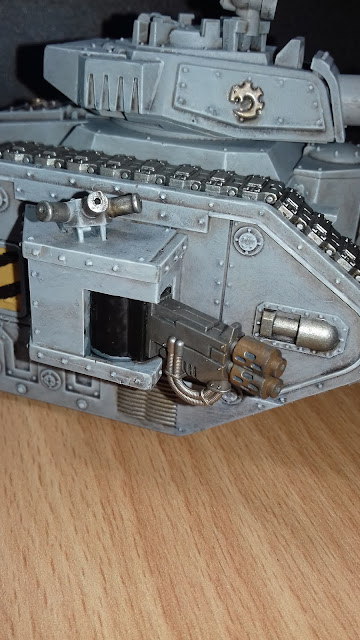 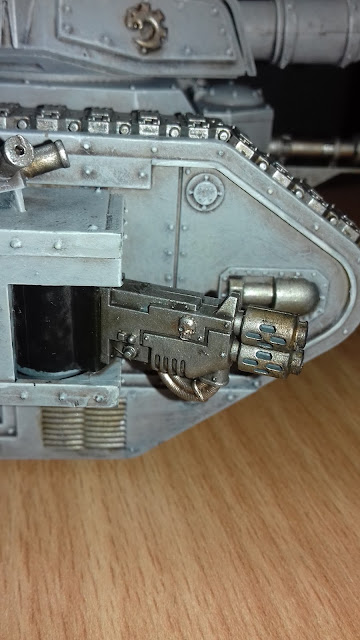 I also removed some of the symbols of the false Emperor on the turret. You can see some remnants on it, a sign of the previous owners. All praise to the four-armed Emperor!

The Leman Russ is now completed and will be getting its debut this week.
Posted by Mike (St Andrews Wargaming) at 09:00