I first got into wargaming in high school when my friend bought a copy of 5th edition Warhammer (the one with Bretonnians and Lizardmen). We played a few games with the contents of the starter box and were both hooked. I initially dabbled with Orcs and Goblins, buying a couple of units and a character, but that all changed when I bought White Dwarf issue 211. 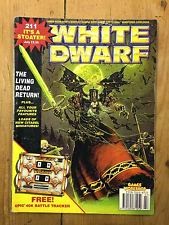 Just in case you haven't memorised the cover of every issue.
When I saw the new studio undead army and the step by step paint guide, I knew that was the army for me. I built up a small army, a couple of units of skeleton warriors, some skeleton horsemen led by the still fantastic mounted vampire lord, some necromancers and a few chariots. 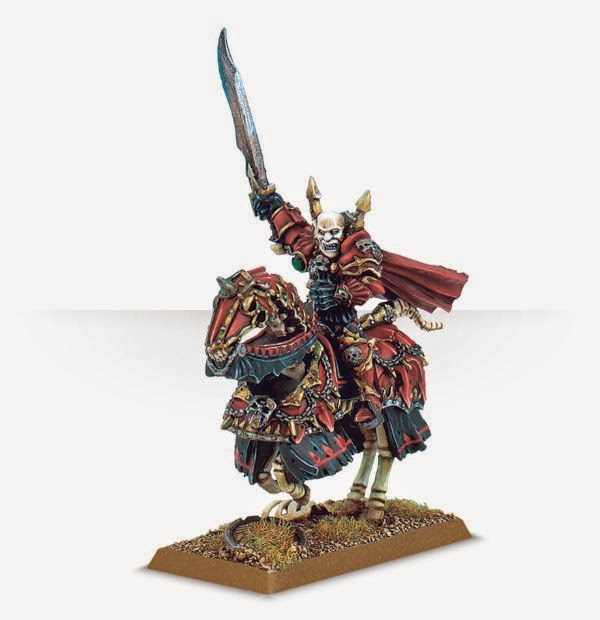 I played many battles against my friend’s Bretonnian army and fondly remember the old magic phase involving its own card game. We quickly tried to play large battle as the old undead army did not fare well in smaller points battles. The cheapest general at the time was 450pts, so 1000pts games meant having one character, usually a Necromancer Lord with the Black Amulet (every army fielded this item back then). Back then, death of the Undead general meant pretty much game over as almost the entire army crumbled. These large battles meant lots of proxies, the most unusual being card cut out into base size to represent skeleton warriors (the horror!).
During this time, I also purchased GorkaMorka and we had a great time running our own campaign. I think this was a skirmish game with fun vehicles and models. I keep meaning to start a new campaign in my current gaming group, but haven’t got round to it yet. 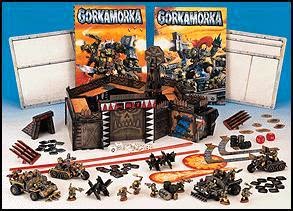 So much Orky fun in one box!
My first foray into 40k was with the release of 3rd edition. This was a dramatic change to 40k from 2nd edition rules (which I had read, but never played) and allowed larger battles to happen quickly. We split the 3rd edition box and I got the marines. The marines were painted up as Dark Angels as I liked the green colour scheme and this became my first 40k army. The army was built upon significantly, but still includes the first models that came in that boxed set. Since then, I have played every edition of 40k and have added to my Dark Angels with Orks, Imperial Guard and, most recently, a small White Scars force. I plan to show photos of the various armies in future posts.
I have recently been brought back into fantasy by the End Times series. The return of Nagash to the Warhammer universe tempted me to start a new vampire counts army and I have been slowly collecting and painting up a sizeable force. I am currently about half way through the End Times books and am interested to see what is going to happen in 9th edition.
As I said, I hope to bring you pictures of my current armies that I use. My painting is to a decent tabletop standard (I think), the army looks good, but I am not going to win any Golden Demon awards for any of my models. I enjoy painting, I frequently get into the zone and can get through several units in a short span of time, then I get bored and don’t pick up a paintbrush for months on end. I much prefer to play games, but a nicely painted army does add to the experience. I particularly enjoy terrain projects as I like to build large structures and paint them up quickly, I feel they add to a battlefield and make games more interesting. I will post on some of my own highlights over the years.
I currently game in the St Andrews area (hence the blog name, StAnd- St Andrews). The local club meta is not too competitive, we like to win, but not at the expense of a good game. I have been able to run a couple of campaigns recently, one of which was a cityfight campaign based on the old Vogen campaign rules in White Dwarf years ago. 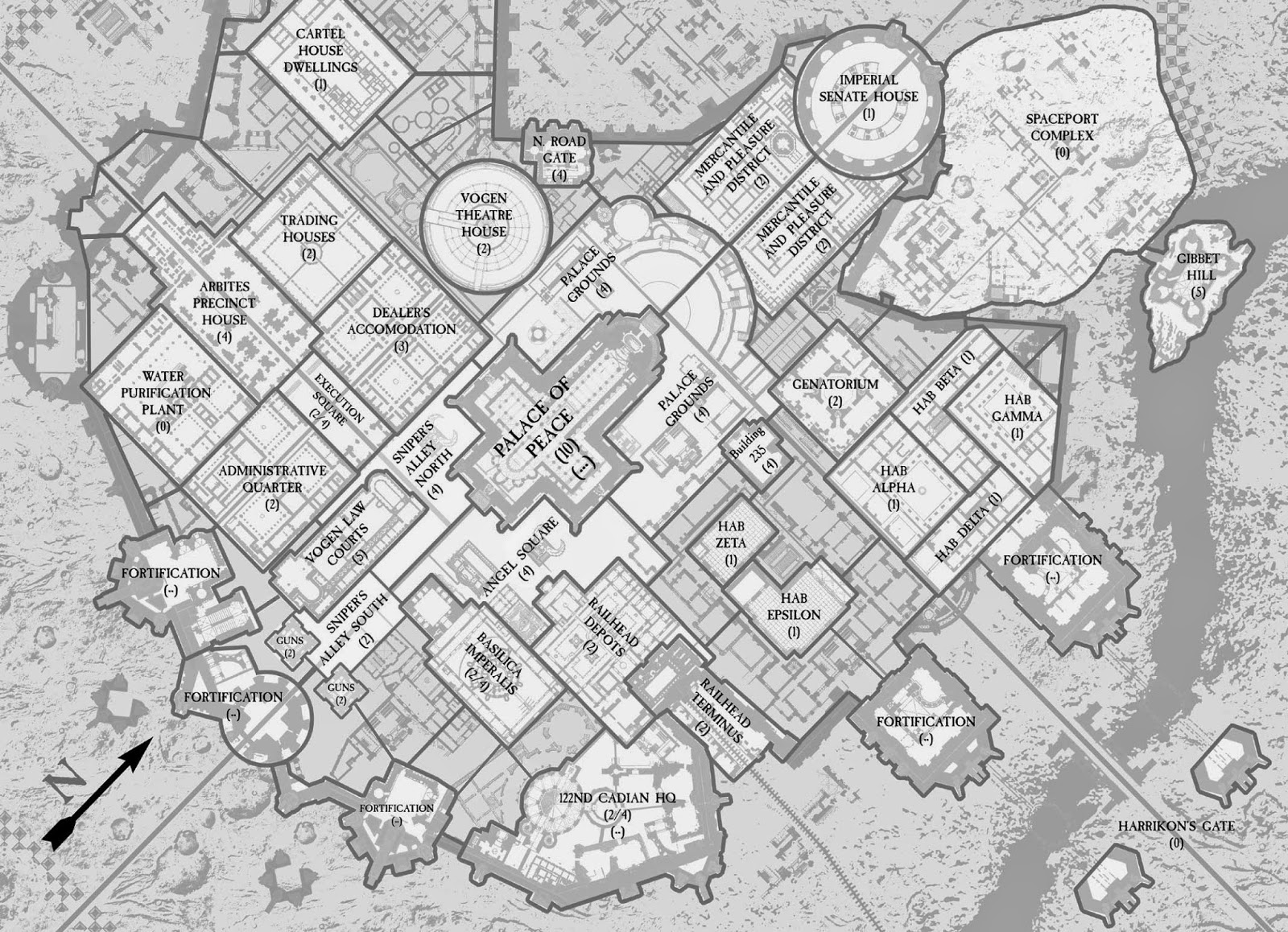 Many, many buildings required.
So, that’s a little bit of my history in wargaming and what I plan to write about. Comments and suggestions are always welcome.
How long have you been in the hobby and what got you started?
Posted by Mike (St Andrews Wargaming) at 15:34