Hi everyone, yesterday the blog turned one year old! During the course of the last year I have been keeping an eye on the stats for the blog to see what people are interested in and what brings them to the blog (but mostly because I am a vain, vain man). 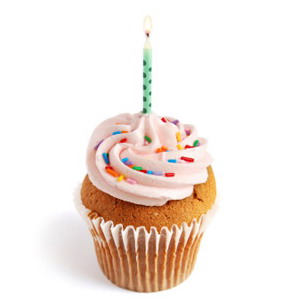 I thought I would share some of the more interesting results of this with you today (at least, interesting to me. These numbers were from the period of 14 th April 2015 to 31st March 2016).


Referring Websites
The chart below shows some of the top sites referring to the blog. 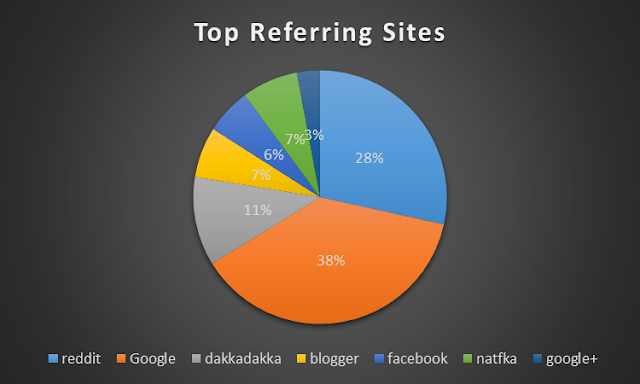 As you can see, Google and Reddit make up the most traffic to the blog by far. Other popular referring sites include dakkadakka (where I post my battle reports), natfka (or Faeit 212), facebook and blogger. I also get a fair showing from Google+ where quite a few people comment and "+1" some of my articles.
As well as the main referring sites, I keep an eye out for any unusual referring sites that pop up in the traffic sources window. Some of these include:
I have no idea how some of these ended up as referring sites to the blog. I certainly didn't poke around too much on some of them to find out (no pun intended).
Search Terms
As well as keeping an eye on the referring sites, I also sometimes keep track of what google searches lead people to the site. Here are some of my favourites:
Page Views
The readership of the blog has been steadily growing over the past year. I was extremely fortunate to hit over 100,000 total views last month, which I was really stunned to get in less than a year. We all start off somewhere and I remember the days when I was really excited to get 100 views in a single week! 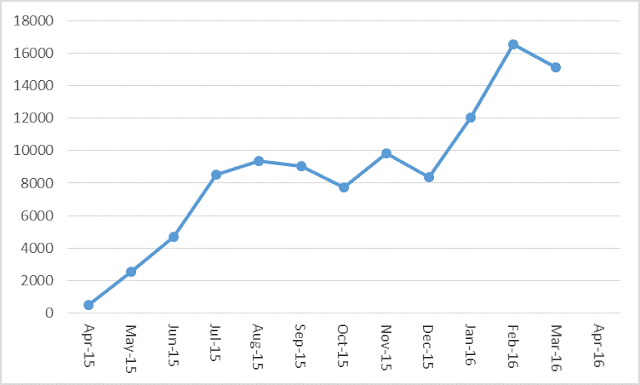 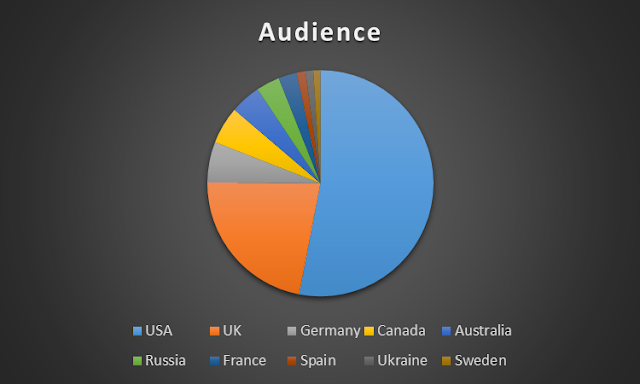 Some of the biggest page hits in a day were:
Battle Reports
I am extremely fortunate to have a great club nearby where I can get a game almost every week. I know that some people struggle to get a game in a month or even a few a year, so I know how lucky I am. Over the course of the last year, I have written up 50 battle reports, almost one a week.

Of the 40k battles, I have won 28 and lost 15, giving me a win rate of about 65%. This has been using a good mix of my armies and against a range of opponents as shown below. 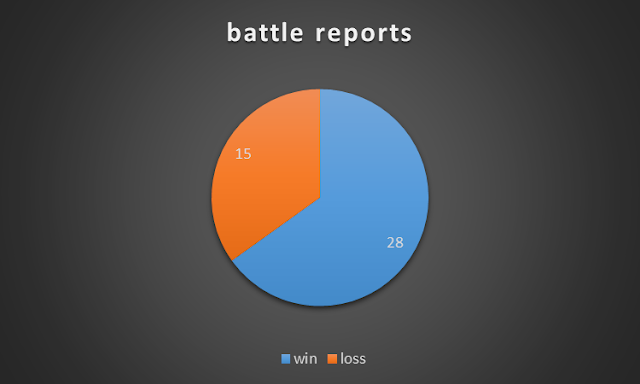 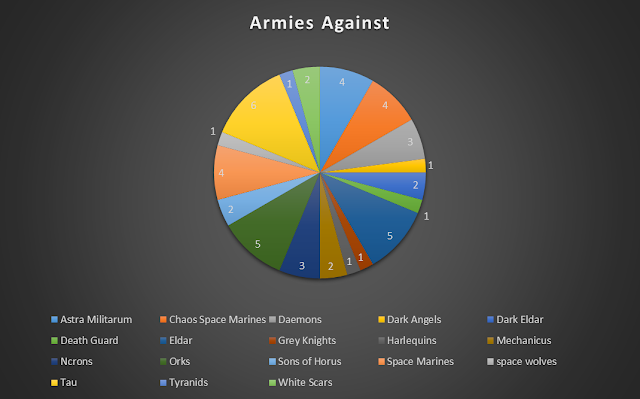 So that's just some of the stats from the last year. Hope you enjoyed taking the look at them.
Posted by Mike (St Andrews Wargaming) at 09:00