The moves for battle phase 2 of turn 5 have been made. As expected, the power vacuum left by the retreat of the Tau to the North has led to several players surging to occupy their abandoned defences and buildings. The map now looks like this: 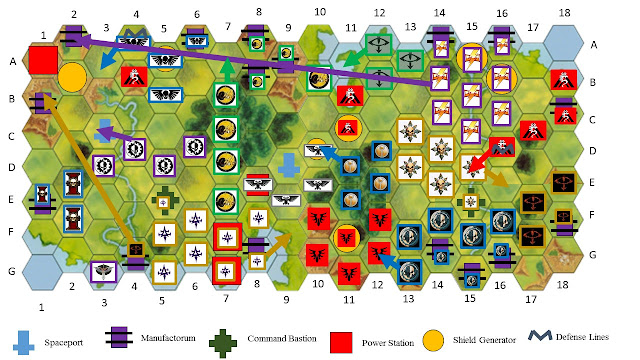 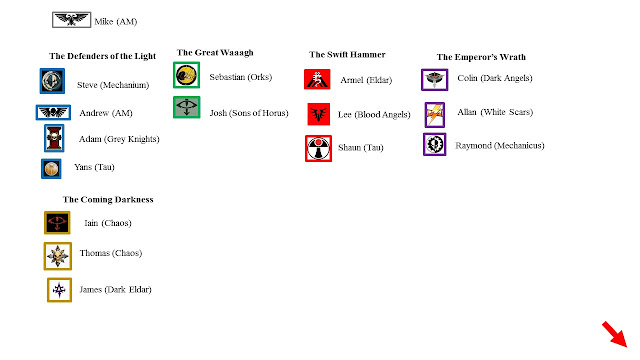 My own Astra Militarum stronghold in the centre has come under attack from the remnants of the Tau occupation force. Players had two weeks to fight their battles. ﻿
Posted by Mike (St Andrews Wargaming) at 09:00