For this week's hobby Sunday, I have been focusing on finishing my White Scars force for an upcoming tournament. I needed to make a White Scars Librarian to lead my force. I based this model on my Ravenwing Librarian, using the Librarian from the Dark Vengeance set and a Ravenwing Black Knight bike.
I started off by filing off the Dark Angels iconography from the bike and the biker's legs. I used the legs with the robes to match the Librarian. 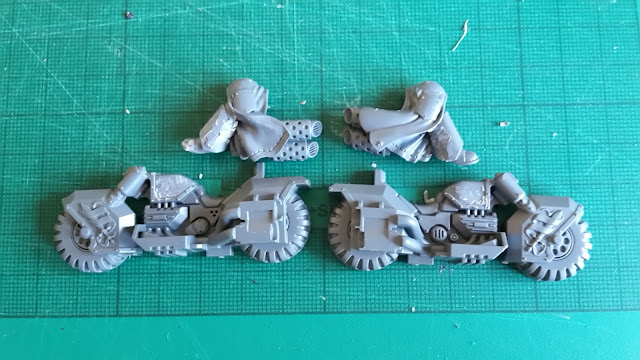 I then cut the Librarian's torso in half to fit to the bike. 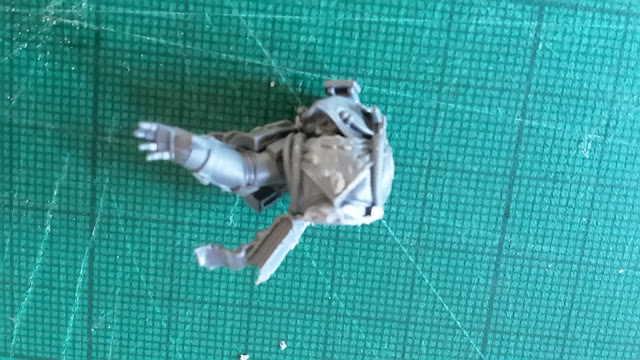 The biker was then assembled. This time round, I removed the sword from the Librarian and had him steering the bike. This would make the two Librarians slightly different if I wanted to use them together. 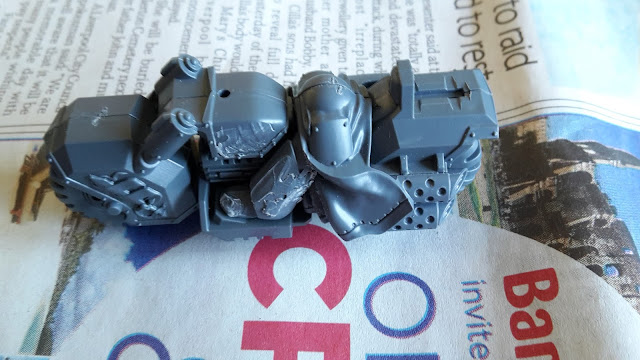 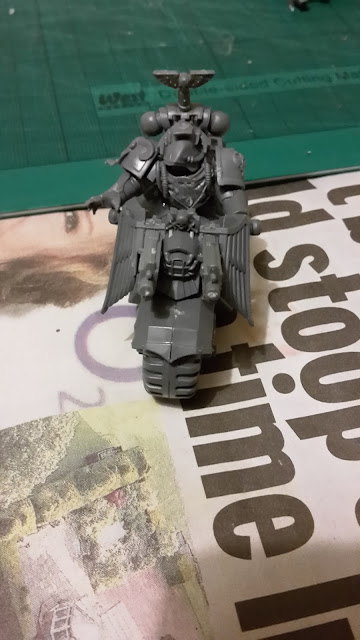 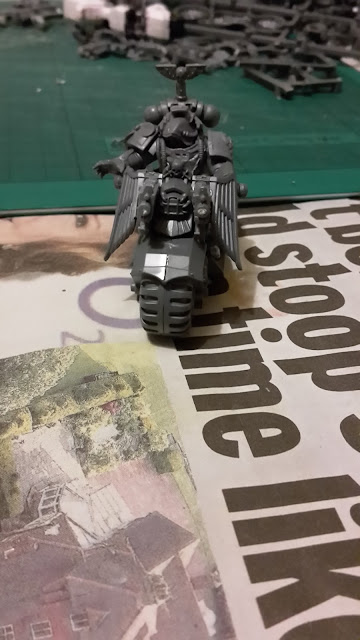 I also decided to do something about the bases for my White Scars army. As we all know, bases can make a big difference to an army. For my White Scars, I was trying to finish them quickly for a tournament and simply painted them green and added some green static grass to them. This was serviceable, but not really impressive.

I decided to so something about the bases for my White Scars for an upcoming tournament. I decided to do go with something different to my normal armies and use some brown flock and static grasses to do my bases, similar to the GW studio White Scars army.

Before starting on the army I did a test bike base. I painted the base with Steel Legion Drab and added some brown flock I purchased off ebay after letting the paint dry. 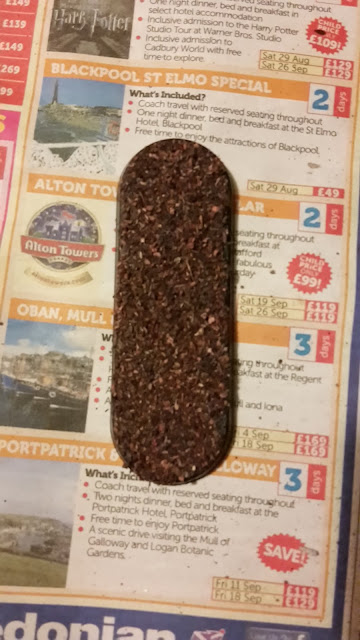 I left the flock to dry, then added patches of static grass. I also decided to add some patches of self-adhesive static grass that I also purchased off of ebay (the darker coloured ones). 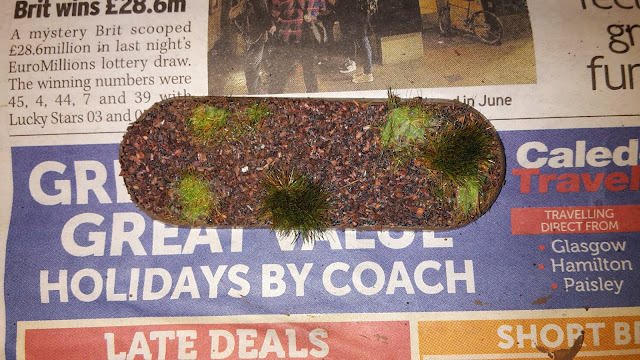 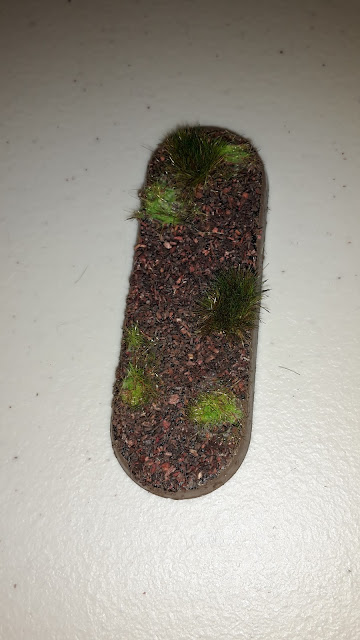 Overall, I was quite pleased with how they turned out. I am planning to take my bikes off of their current bases and glue them to the new, brown bases.

While I was on a roll, I removed by Scouts from their old bases and glued them on new ones. I then followed the same technique as described above to re-do the bases on them. 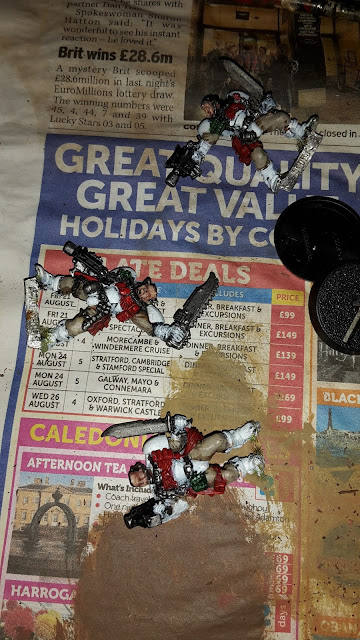 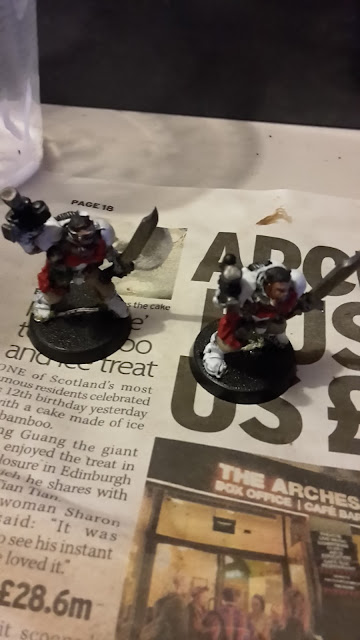 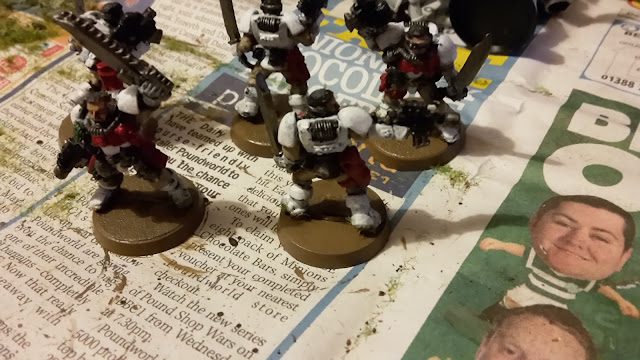 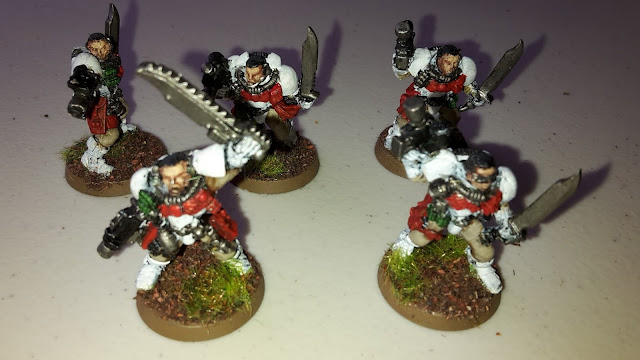 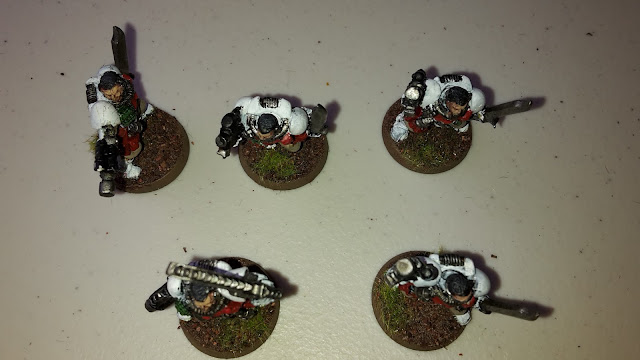 For my Centurions, I didn't have any bases to replace with them. I scraped off the flock with a sharp knife and re-painted the bases brown. I will add the flock and static grass to them once again. 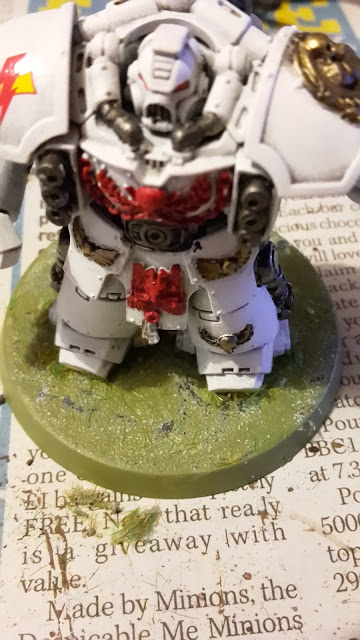 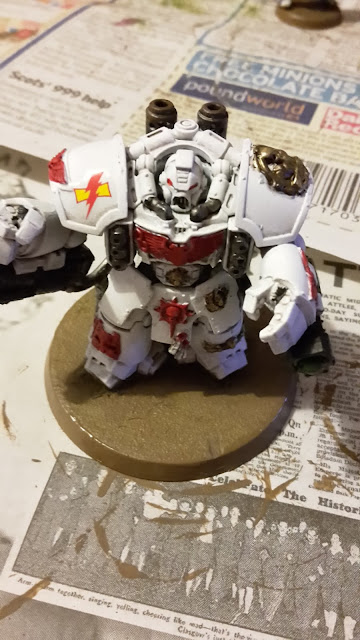 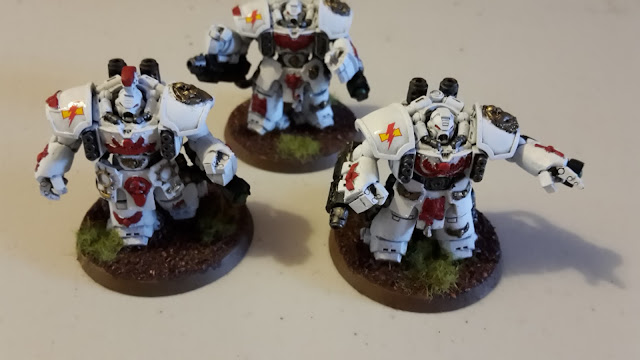 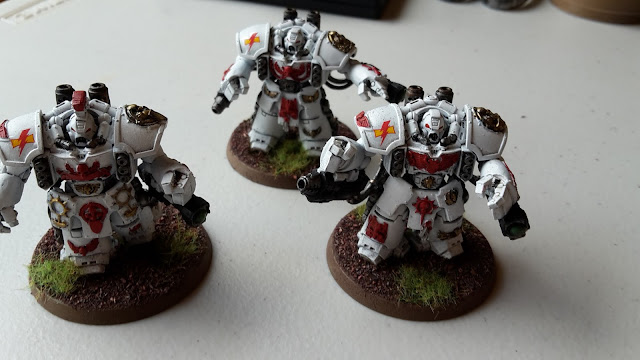 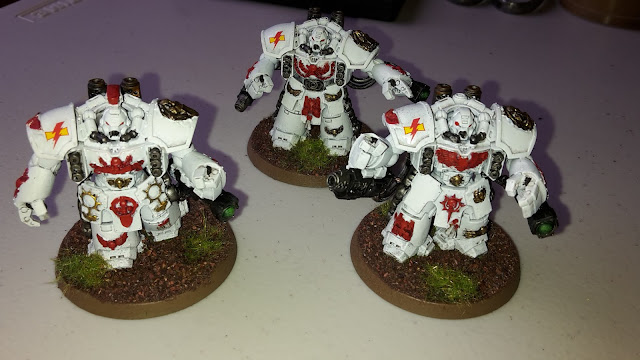 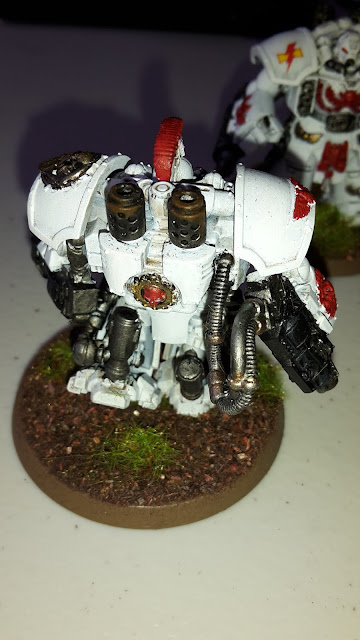 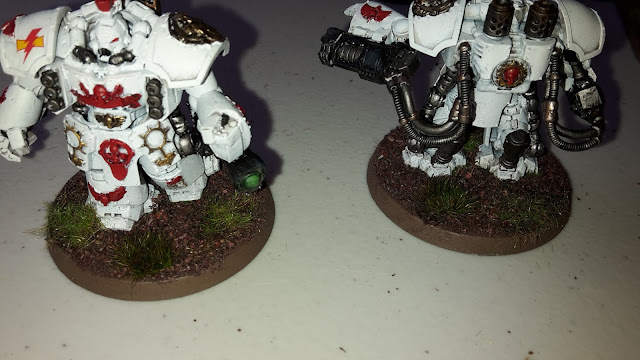 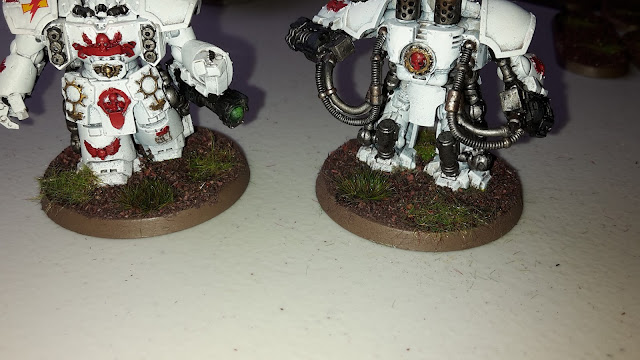 While I was on a roll, I started re-basing my bikers too. 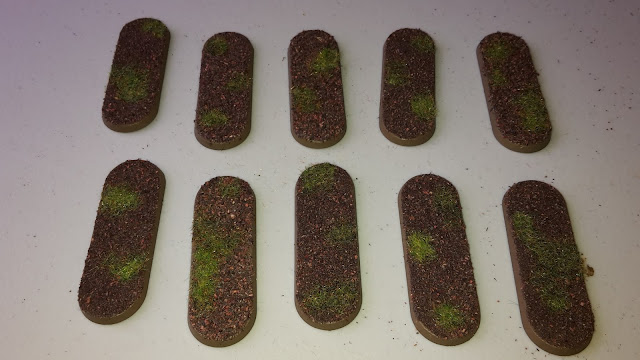 Call me biased, but I think they look a lot better with the new bases. I will try and get decent pictures of the full force once it is completed.

I also got started on my Scout bikers for the upcoming tournament. These were undercoated in white, then I started on the armour of the bikers as I have painted them previously. 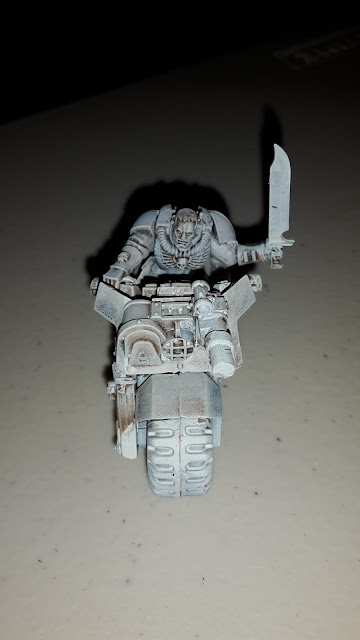 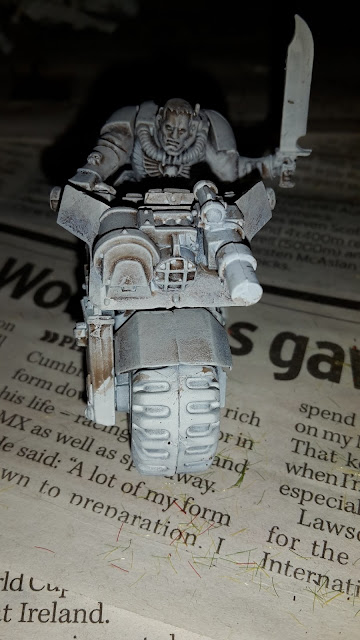 I will need to finish the Librarian, the Scout bikers and the new bases for the end of April, which should be achievable.
Posted by Mike (St Andrews Wargaming) at 09:28