This is my first Hobby Sunday post in around 7 weeks as I have been busy with moving house, writing codex reviews and waiting on new models to arrive. Well, last week my Deathwatch delivery finally arrived and I was able to spend some of this weekend getting a start on some of the models. 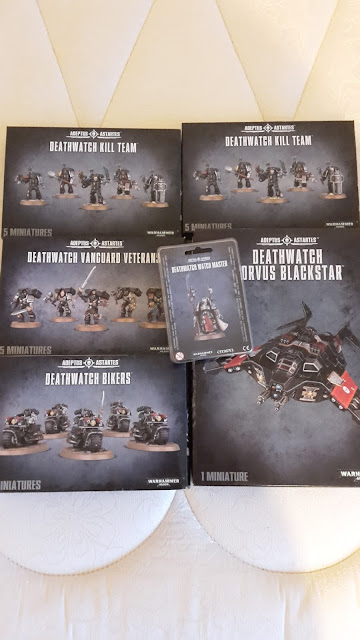 For my army, I now have:

The first unit will be armed with four of the Deathwatch Frag Cannon. These are incredibly powerful heavy weapons that are actually assault weapons, so can be fired on the move. I decided to add a Storm Shield to the unit to give them some protection. This unit will probably go in a Drop Pod, which I still have to get. 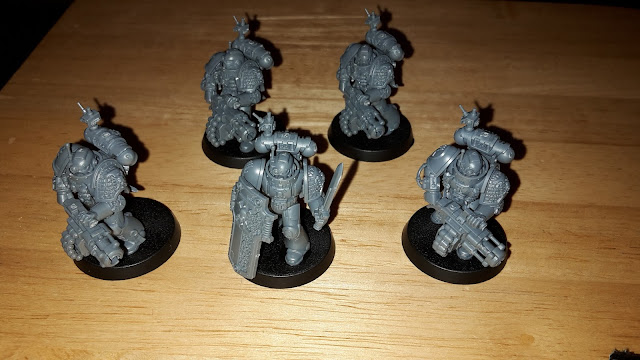 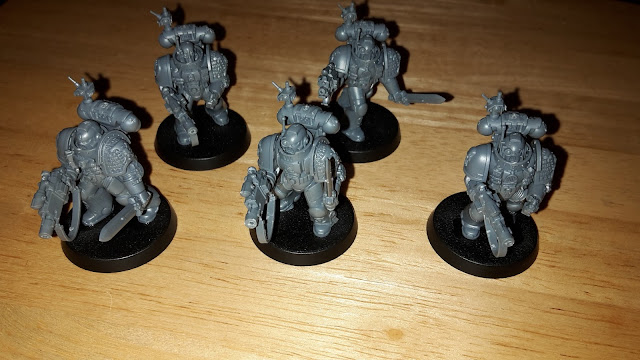 The third unit contains an Infernus Heavy Bolter, essentially an assault Heavy Bolter with attached Heavy Flamer. The Squad Leader will have a Xenophase Blade for some combat punch. This unit will go in another drop pod or in a Rhino. 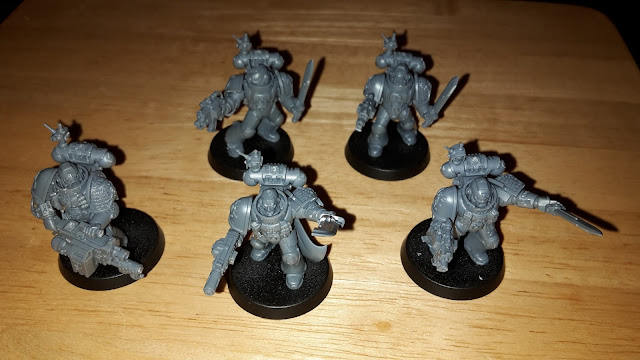 The final unit is my combat unit. This contains a Blackshield with a Power Sword, two heavy Thunder Hammers and two with a Storm Shield and Power Weapon. This unit will most likely be joined by the Watch Master and will go in the Corvus Blackstar. 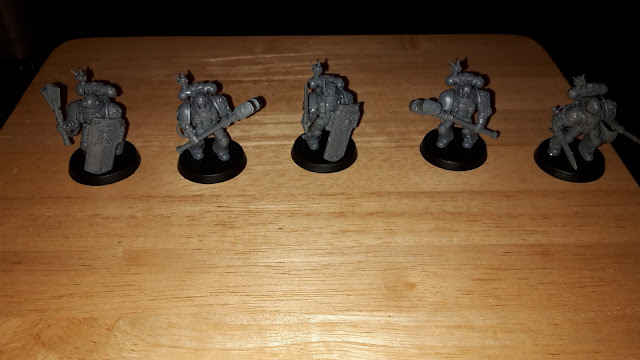 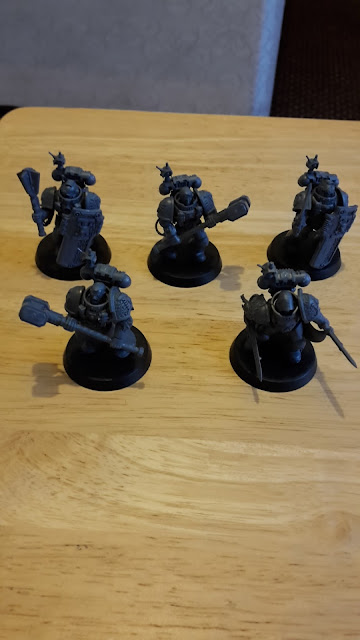 The following weeks I intend to build the other models that I have and get started on the painting if the weather allows me to undercoat them.